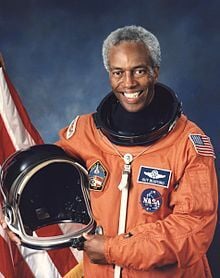 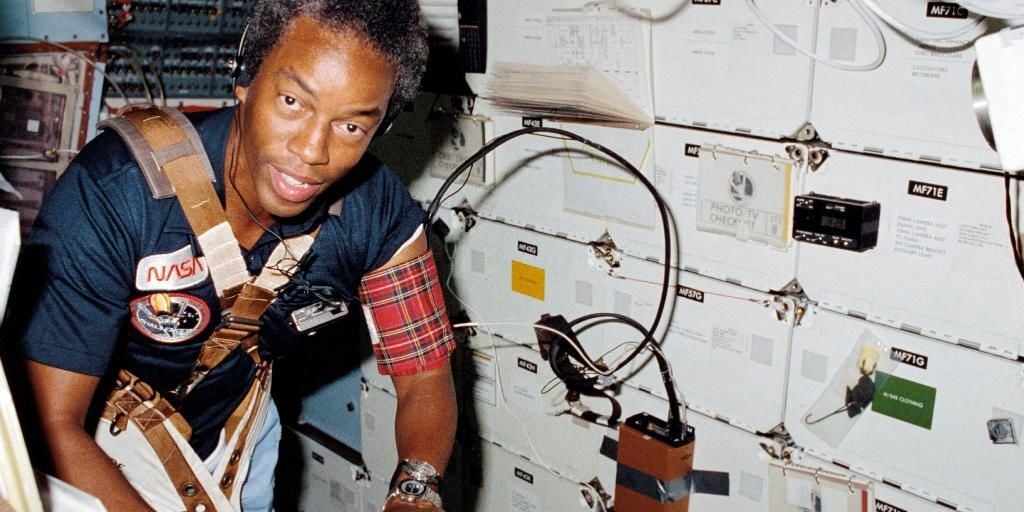 Editor’s note: In honor of Black History Month, this article on today’s Outdoors page features Guion Bluford, who went as far outdoors as a man can go: all the way into space.

Former Astronaut Guion S. Bluford, Jr. PhD, Colonel, USAF, Ret., couldn’t have known he would one day be the first Black person in space when he graduated with a bachelor’s degree in aerospace engineering in the 1960s.

According to his NASA biography, he graduated from Penn State University in 1964 as a distinguished Air Force ROTC graduate. He then attended pilot training at Williams Air Force Base, Arizona, and received his pilot wings in January 1966. After completing F-4C combat crew training in Arizona and Florida, he was assigned to the 557th Tactical Fighter Squadron, Cam Ranh Bay, Vietnam, where he flew 144 combat missions, 65 of which were over North Vietnam.

In July 1967, he was assigned to the 3630th Flying Training Wing, Sheppard Air Force Base, Texas, as a T-38A instructor pilot.

Bluford’s first mission was STS-8, which launched from Kennedy Space Center, Florida, on August 30, 1983. This was the third flight for the orbiter Challenger and the first mission with a night launch and night landing. During the mission, the STS-8 crew deployed the Indian National Satellite (INSAT-1B), operated the Canadian-built RMS with the Payload Flight Test Article (PFTA), operated the Continuous Flow Electrophoresis System (CFES) with live cell samples, conducted medical measurements to understand biophysiological effects of spaceflight and activated four “Getaway Special” canisters.

Bluford then served on the crew of STS 61-A, the German D-1 Spacelab mission, which launched from Kennedy Space Center, Florida, on October 30, 1985. This mission was the first to carry eight crew members, the largest crew to fly in space, and included three European payload specialists.

This was the first dedicated Spacelab mission under the direction of the German Aerospace Research Establishment (DFVLR) and the first U.S. mission in which payload control was transferred to a foreign country (German Space Operations Center, Oberpfaffenhofen, Germany).

During the mission, the Global Low Orbiting Message Relay Satellite (GLOMR) was deployed from a “Getaway Special” (GAS) container, and 76 experiments were performed in Spacelab in such fields as fluid physics, materials processing, life sciences, and navigation.

On his last flight, Bluford served on the crew of STS-53 which launched from Kennedy Space Center, Florida, on December 2, 1992. The crew of five deployed the classified Department of Defense payload DOD-1 and then performed several MilitaryMan-in-Space and NASA experiments.

With the completion of his fourth flight, Bluford has logged over 688 hours in space.

He left NASA in July 1993 and retired from the Air Force to take the post of vice president/general manager, Engineering Services Division, NYMA Inc., Greenbelt, Maryland.

In September 2002, he became president of the Aerospace Technology Group, an engineering consulting organization in Cleveland, Ohio.