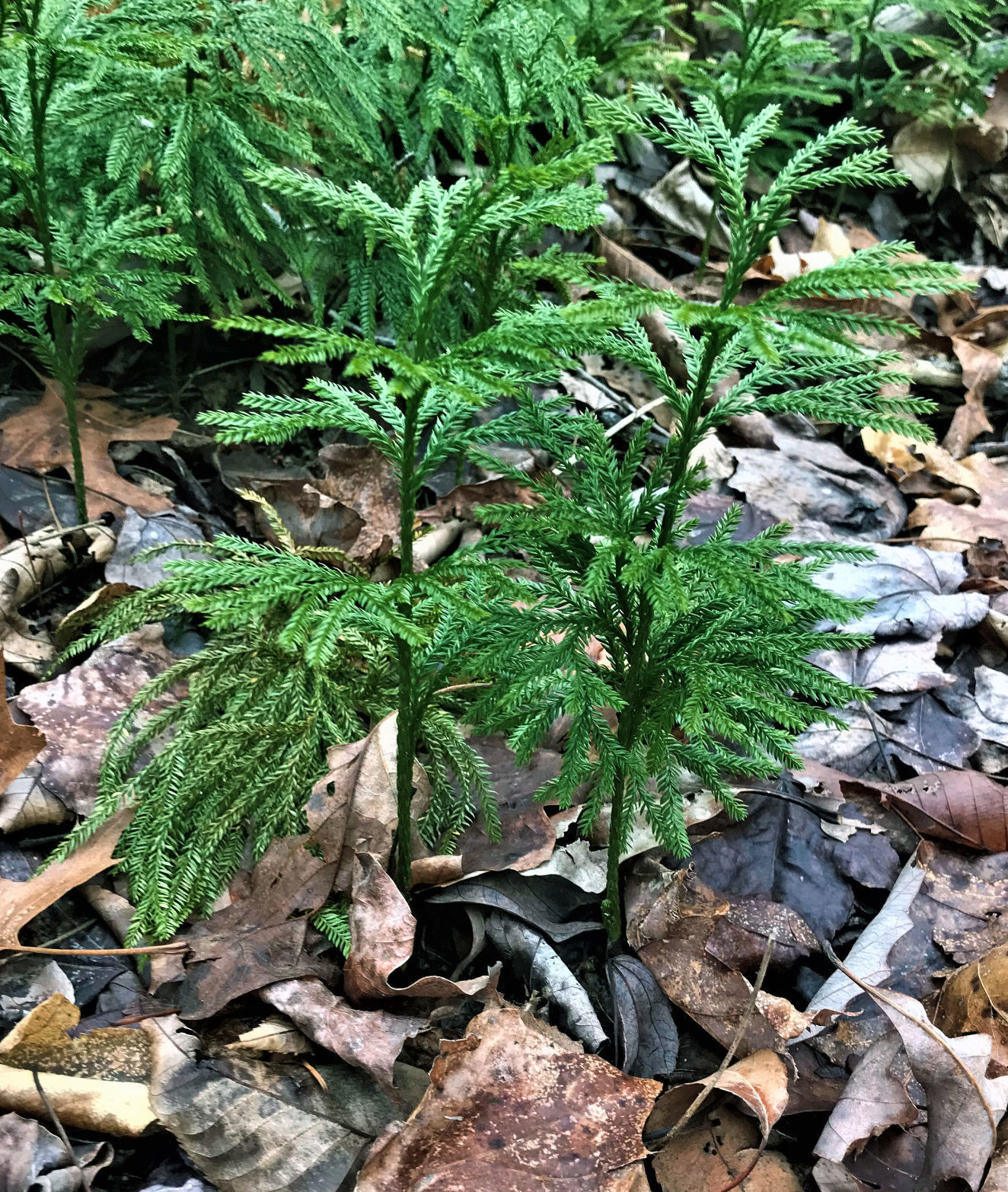 An easy-to-identify clubmoss is ground-pine. It has dark green vegetation and grows as erect stems with little branches coming off the side that remind you of a miniature pine tree. 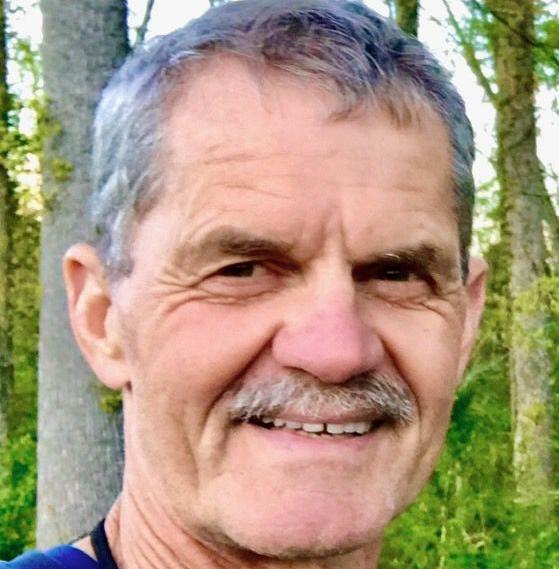 An easy-to-identify clubmoss is ground-pine. It has dark green vegetation and grows as erect stems with little branches coming off the side that remind you of a miniature pine tree.

Even though I like winter, when the view in the forest is more open and the air crisp, one does get a craving to see something green. It gives your subconscious satisfaction that things still look alive in the forest and spring is coming.

If you need a shot of green during the bleak winter months, go for a walk and try to locate some of the clubmoss species that grow in our area. The name comes from the fact that a casual glance makes you think they are a moss, which they are not, and that they produce a club-like structure that produces spores for reproduction.

There are three kinds of local clubmoss. One is called ground-cedar (Lycopodium flabellifolium), named because the green vegetation reminds you of the flat, scale-like needles of a cedar tree. The plant grows low to the ground with an umbrella-like splay of vegetation and forms in colonies that spread out by rootstocks that can cover a fair bit of ground. You may see an occasional branch sticking up with slender yellow ends. These bear the spores that ride the winds and spread the plant to other places. Ground-cedar often grows where pines are found.

Another easy to identify clubmoss is ground-pine (Lycopodium obscurum). This one has dark green vegetation and grows as erect stems with little branches coming off the side that remind you of a miniature pine tree. This plant also tends to grow in colonial clumps and is usually found on moist acid soil in rocky wooded areas.

The third type of clubmoss is rock clubmoss (Lycopodium porophilum). This one has finger-like stems with short leaves coming off in whorls all the way around. The stems usually grow out of a tight clump, and the plant can be found growing on moist rocky places.

Clubmosses are old and venerable plants, with an ancestry going back to about 250 million years ago when it then grew to be 100 feet tall and dominated the landscape. Along with ferns, clubmoss was among the first land plants to develop three different organs: roots, stems and leaves, and they were also some of the first plants to develop a transport system to carry water and dissolved sugars up and down the stem.

For millions of years, tremendous deposits of giant clubmosses accumulated on the Earth’s surface and were eventually compressed by geological forces that gradually turned them into the coal deposits we have now. So whenever you find them growing in the woods, stop and reflect on their long lineage.

Steve Roark is a volunteer interpreter for Cumberland Gap National Historical Park and a retired forester from the Tennessee Division of Forestry. He writes about natural history and the outdoors, along with occasional mountain culture and history.