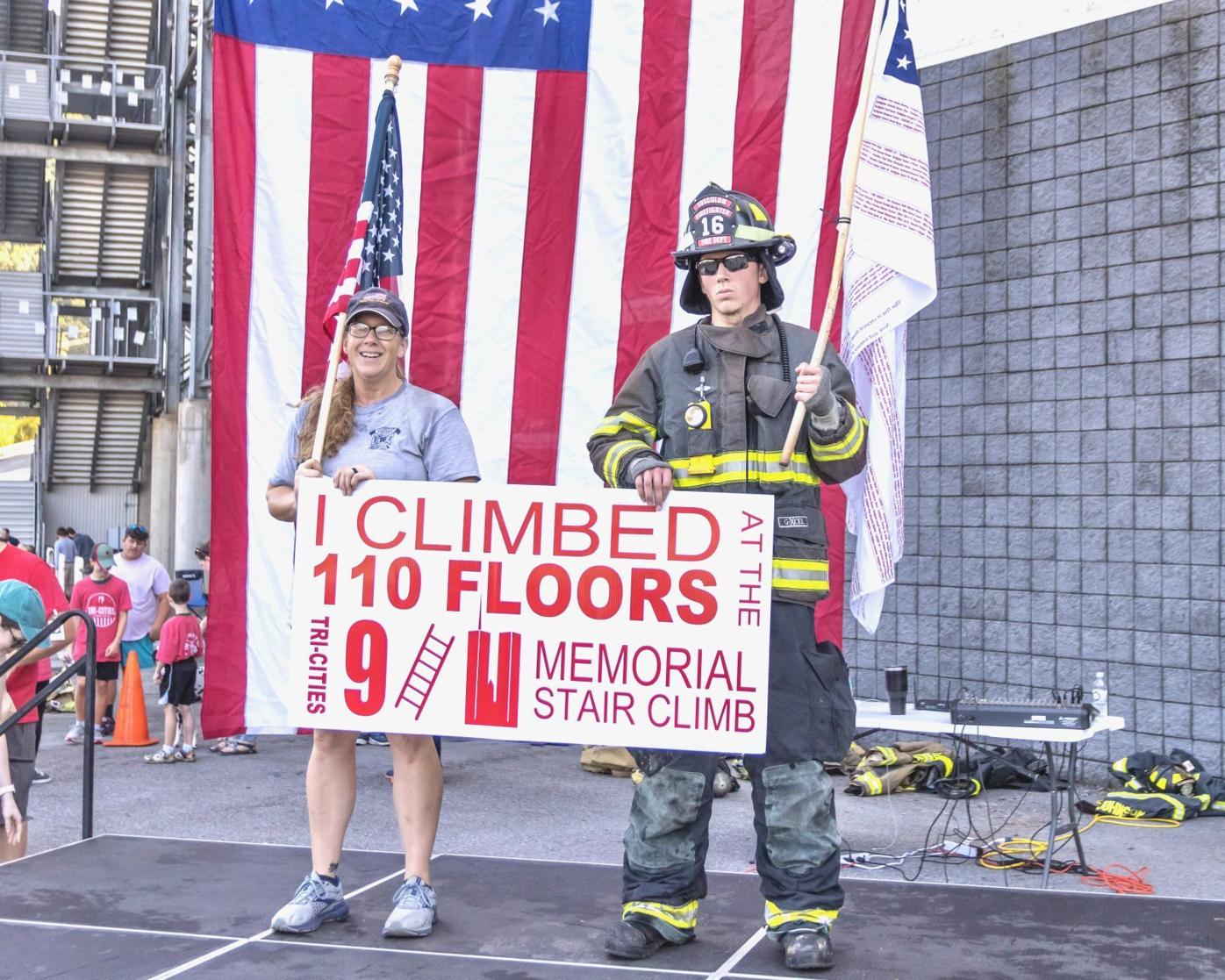 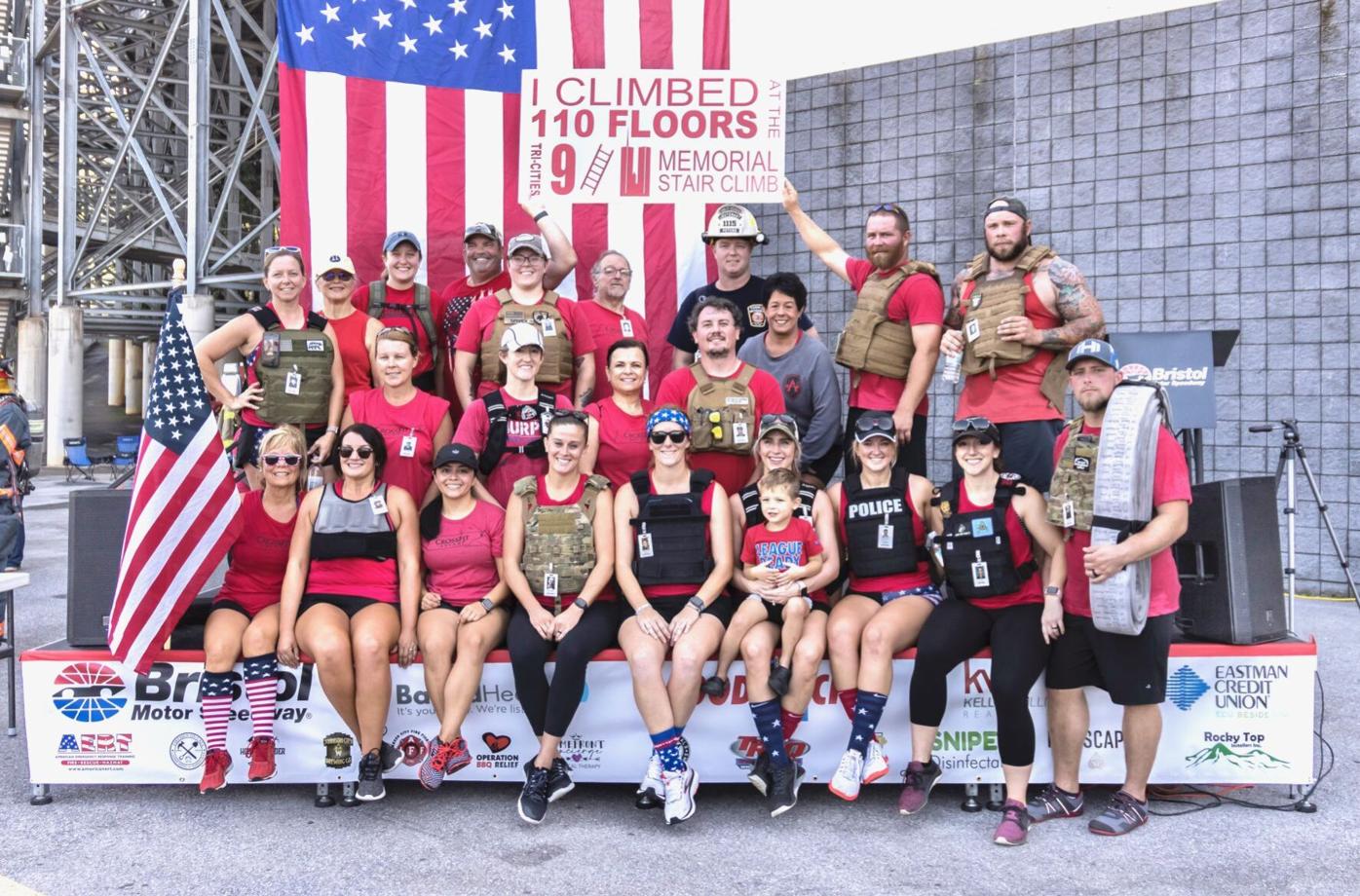 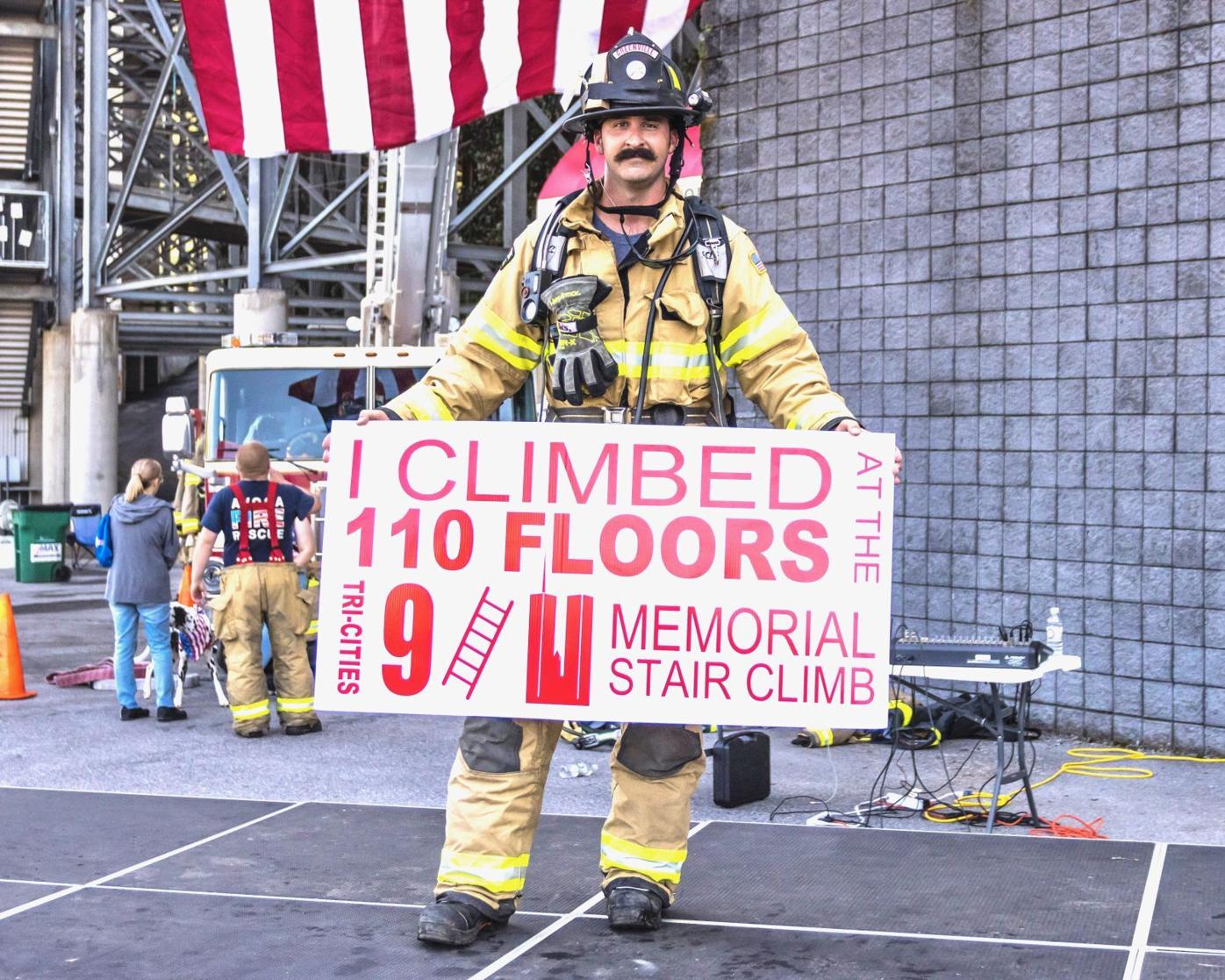 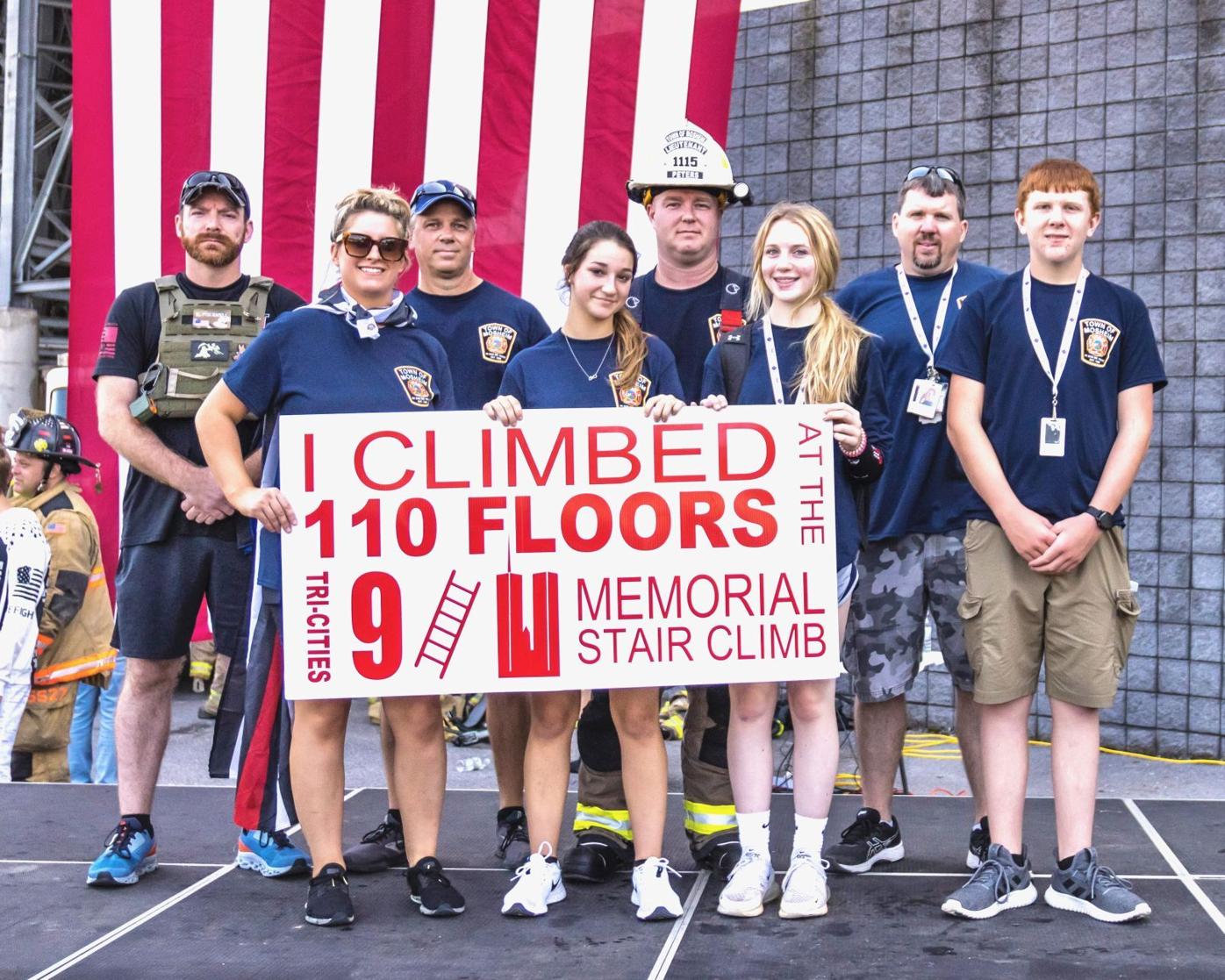 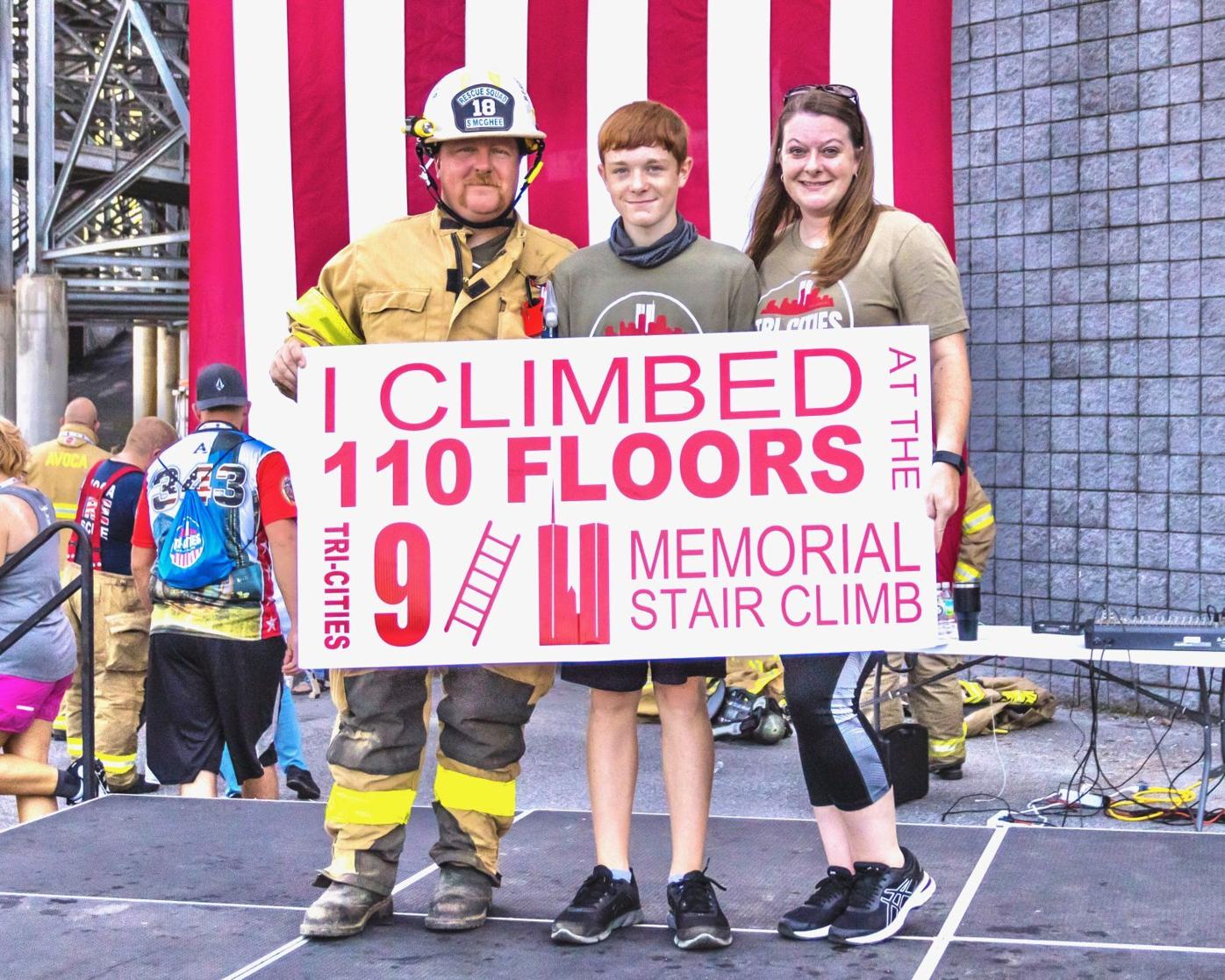 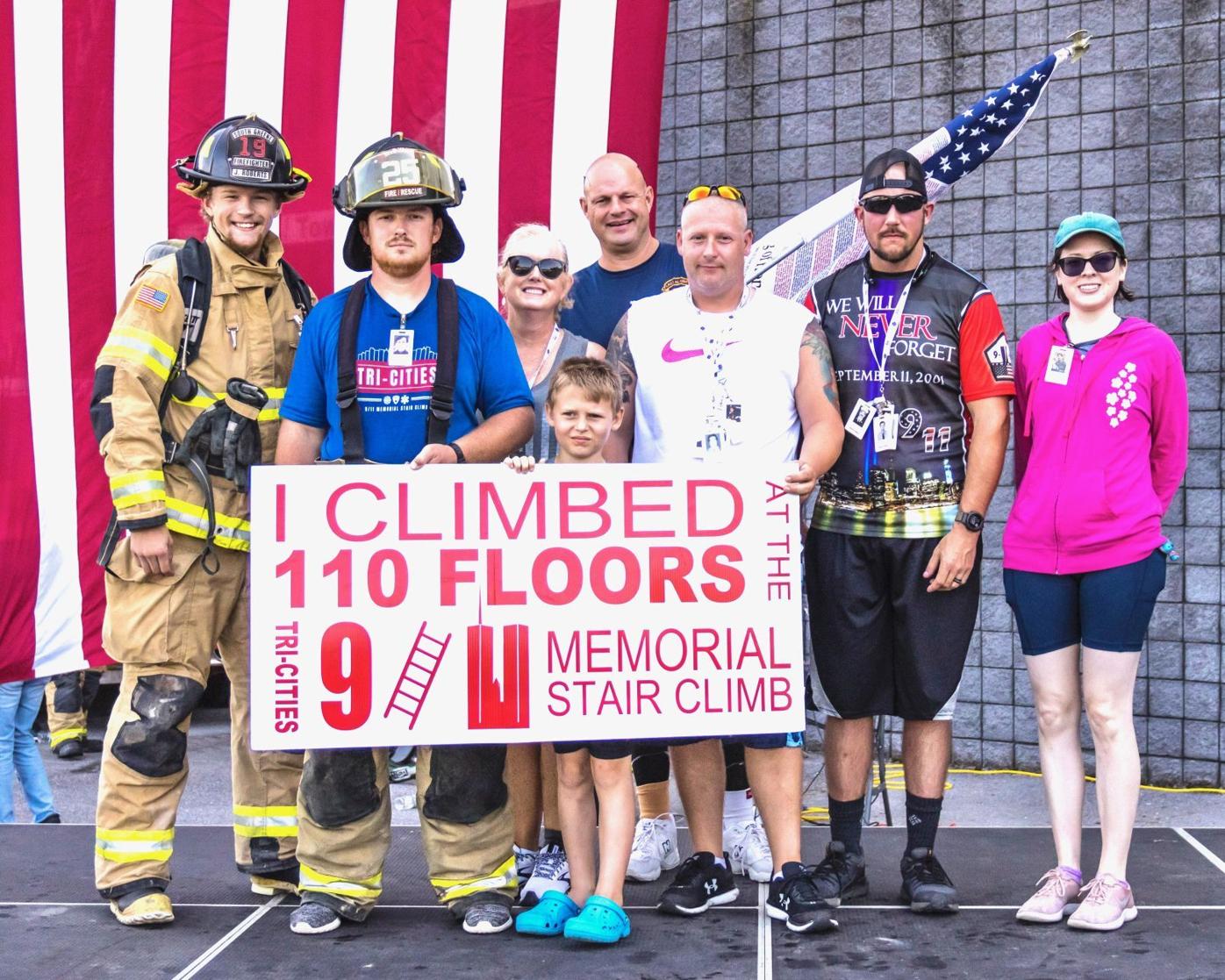 The annual stair climb held special meaning this year, with the event date aligned with the 20th anniversary of the attack on the World Trade Center in New York and the Pentagon in Washington DC.

The stair climb covered 110 flights and 2,200 steps, symbolizing the steps the New York Fire Department firefighters took to scale to the top of the World Trade Center Towers.

The day started with event coordinator Andrew Catron announcing the exact times the two aircraft hit the towers. A recording of the fire department radio traffic continued for the next three hours. Calls could be heard for more resources, and engines and trucks responded that they were on the way, the playback echoing throughout the speedway.

Many of the firefighters completed the climb in full gear to match the responder’s load in their ascent of the towers. The extra 75 pounds includes a turnout coat, pants, boots, helmet, and air pack.

Other participants and fitness team members wore weight vests. Parents would carry their children up and down the steep colosseum steps when the little ones became too tired to continue.

This year the Tri-Cities event was sold out with 500 registered participants. One of those participants was Greeneville Fire Department’s, Patrick Johnston.

One of the larger teams in the event was Greeneville’s CrossFit Arcane with twenty-one climbers, eleven more than last year.

“We want to grow the team each year,” Arcane member Priscilla Wampler said, explaining the team climbs to honor and pay tribute to the country’s veterans.

To date, the Tri-Cities 9/11 Memorial Stair Climb has raised over $200,000. Saturday’s total is estimated to be around $35,000, with The Town of Mosheim Fire Department and CrossFit Arcane listed in the top 10 fundraising teams.

Eric Kaltenmark is an emergency services photographer located in Afton, Tenn. Comments and questions can be emailed to eric@ek-photography.com.