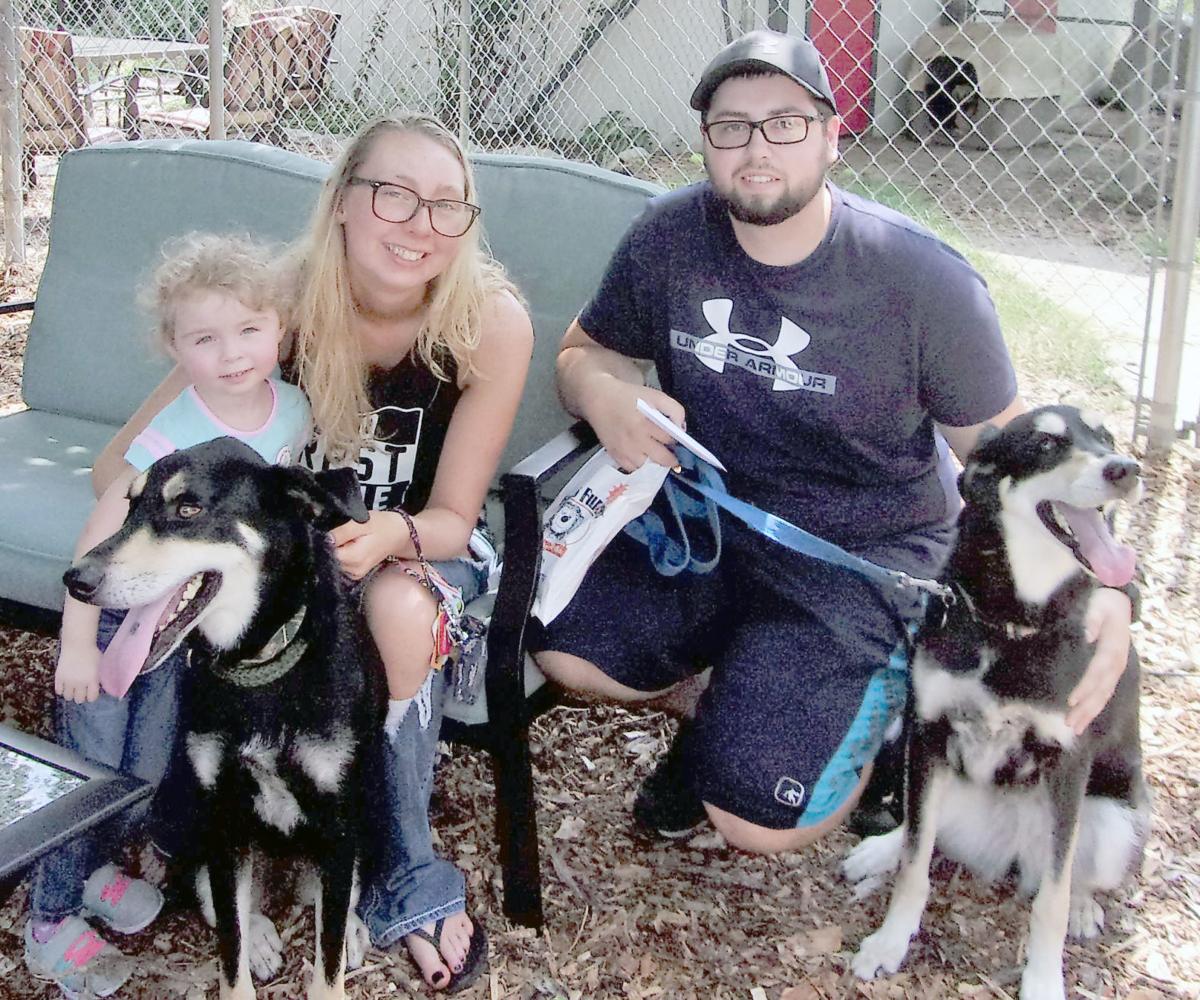 Siblings Carmen and Cody, husky mixes, were reunited when the Childress family adopted Cody from the Greeneville-Greene County Humane Society. 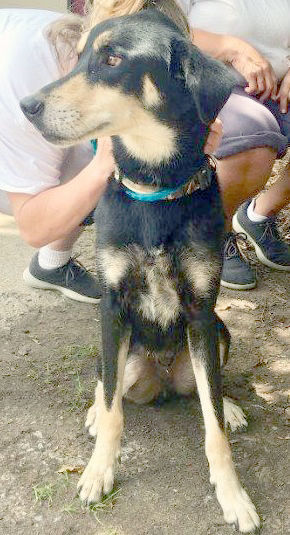 Cody was very thin when he arrived at Greene County Animal Control as a stray.

Siblings Carmen and Cody, husky mixes, were reunited when the Childress family adopted Cody from the Greeneville-Greene County Humane Society.

Cody was very thin when he arrived at Greene County Animal Control as a stray.

In 2014, a litter of 10 husky-mix puppies came into the Greeneville-Greene County Humane Society’s Adoption Center. All puppies were adopted into homes, including Carmen and Cody.

Imagine our surprise five years later, when Cody ended up at Greene County Animal Control as a stray.

On Aug. 7, Animal Control officers scanned a dog that arrived at their facility and discovered it had a microchip. The chip showed it was actually Cody, who had been adopted from the humane society in 2014.

Humane Society staff contacted the adopter, who said they had re-homed Cody years ago. They could not remember the name of the person they had given him to.

Thankfully for Cody, we were able to bring him back up to the humane society to try to find him a good, loving home again.

When Cody arrived, we noted that he was thin. We sent him to a local veterinarian’s office for an examination, and it was discovered that his teeth were ground down almost to the root — most likely from trying to chew himself off a chain or out of a wire crate.

We will never know what Cody has been through. But we knew he was safe with us and would be getting the care that he needed and deserved.

Mikayla Childress saw Cody’s picture on our Facebook page and thought that he looked a lot like Carmen, the dog she adopted from the humane society in 2014.

She and her family decided to visit the Adoption Center last weekend to see for themselves if Cody could be Carmen’s brother. They actually remembered one of Carmen’s brothers being named Cody, and thought it might be possible that they were long-lost littermates.

When the Childress family walked into the lobby with their black and tan husky mix Carmen, staff were shocked to see that she looked identical to Cody!

Carmen and Cody were reunited on the hill at the Adoption Center that day, and the Childress family decided to adopt Cody so he could be with his sister and never be homeless again.

Carmen and Cody are getting along beautifully in their home!

As always, we want to thank our community in Greene County for your support of YOUR Humane Society!