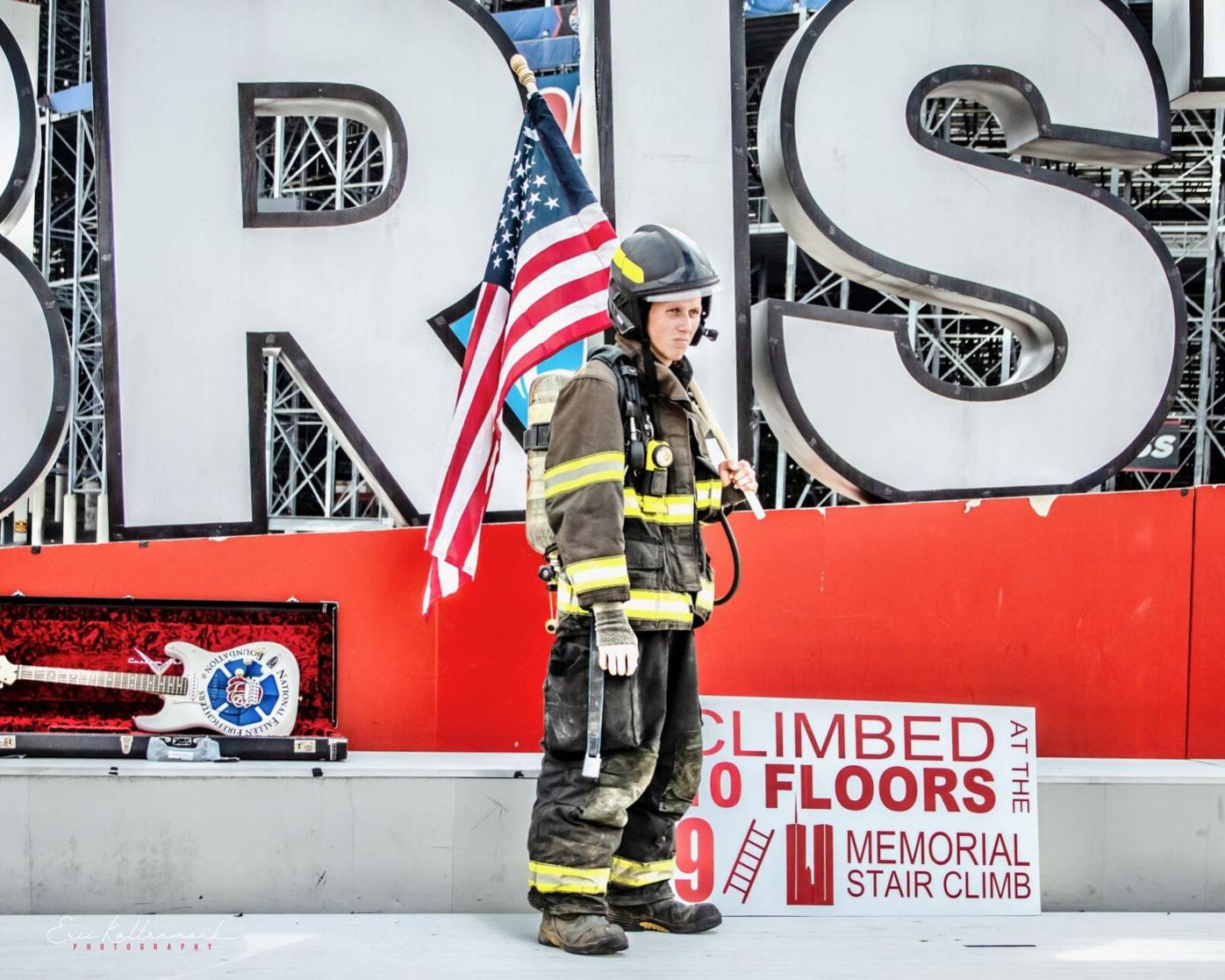 John Fann of the Tusculum Volunteer Fire Department was among 45 local first responders and supporters that participated in the sixth annual Tri-Cities 9/11 Memorial Stair Climb. 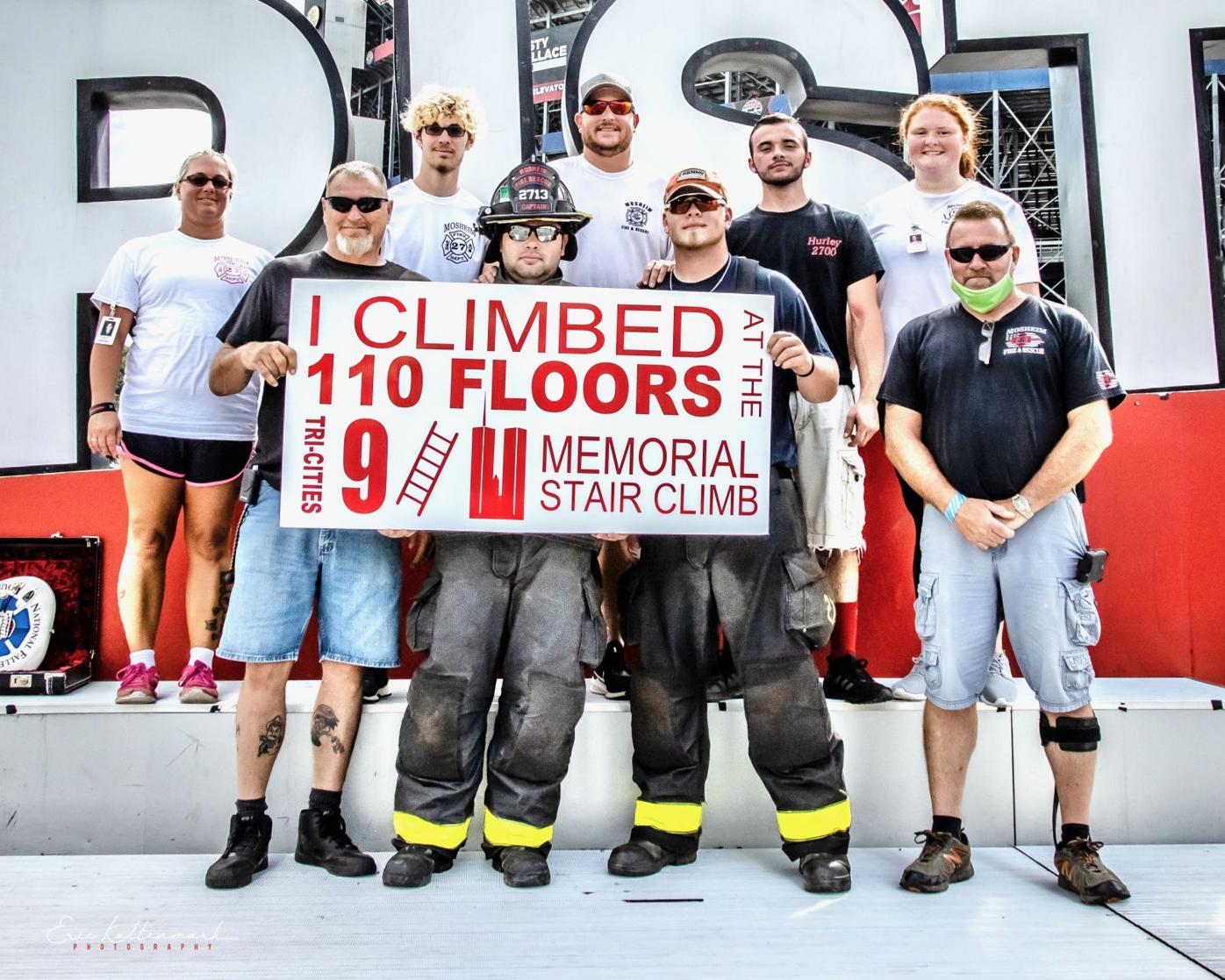 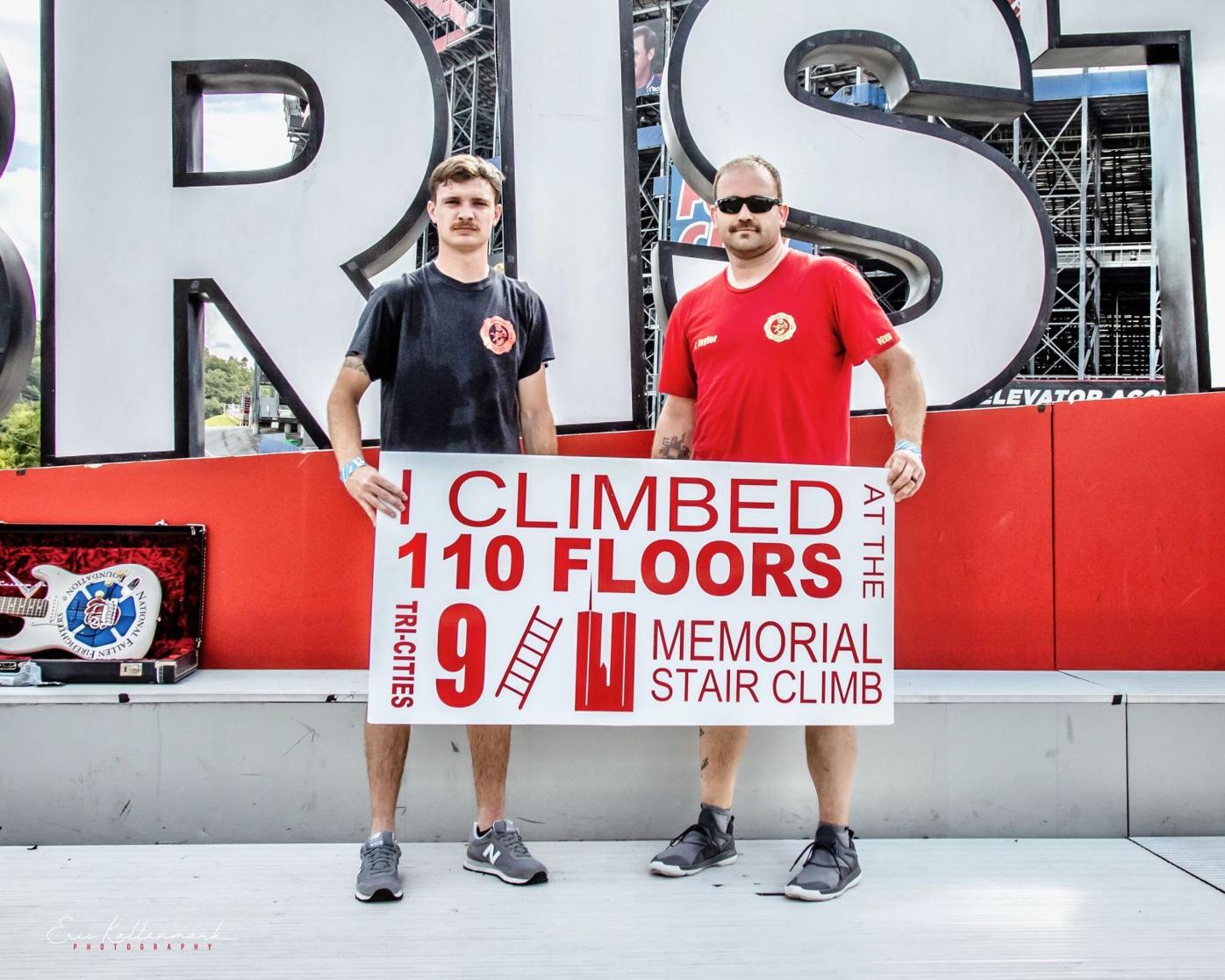 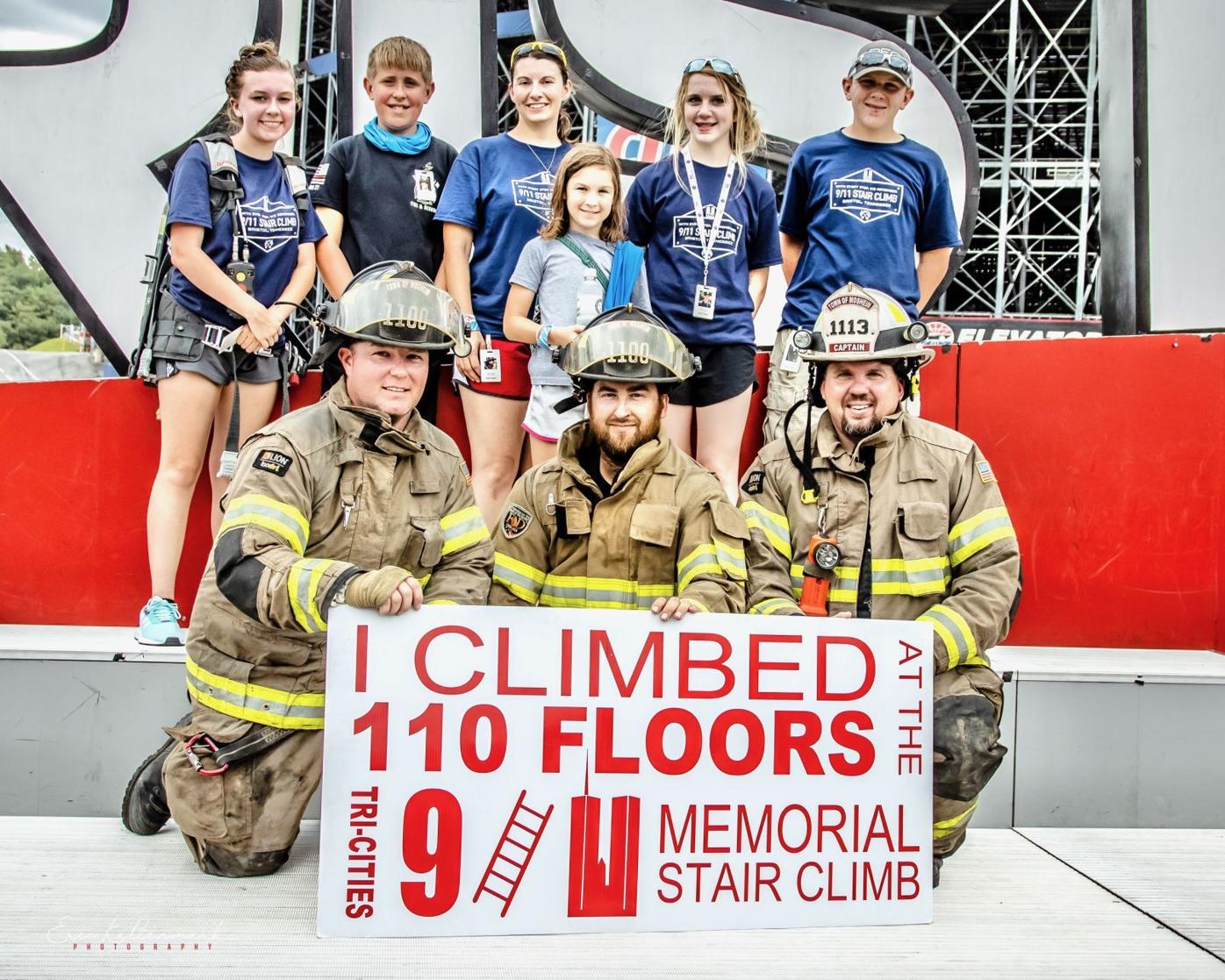 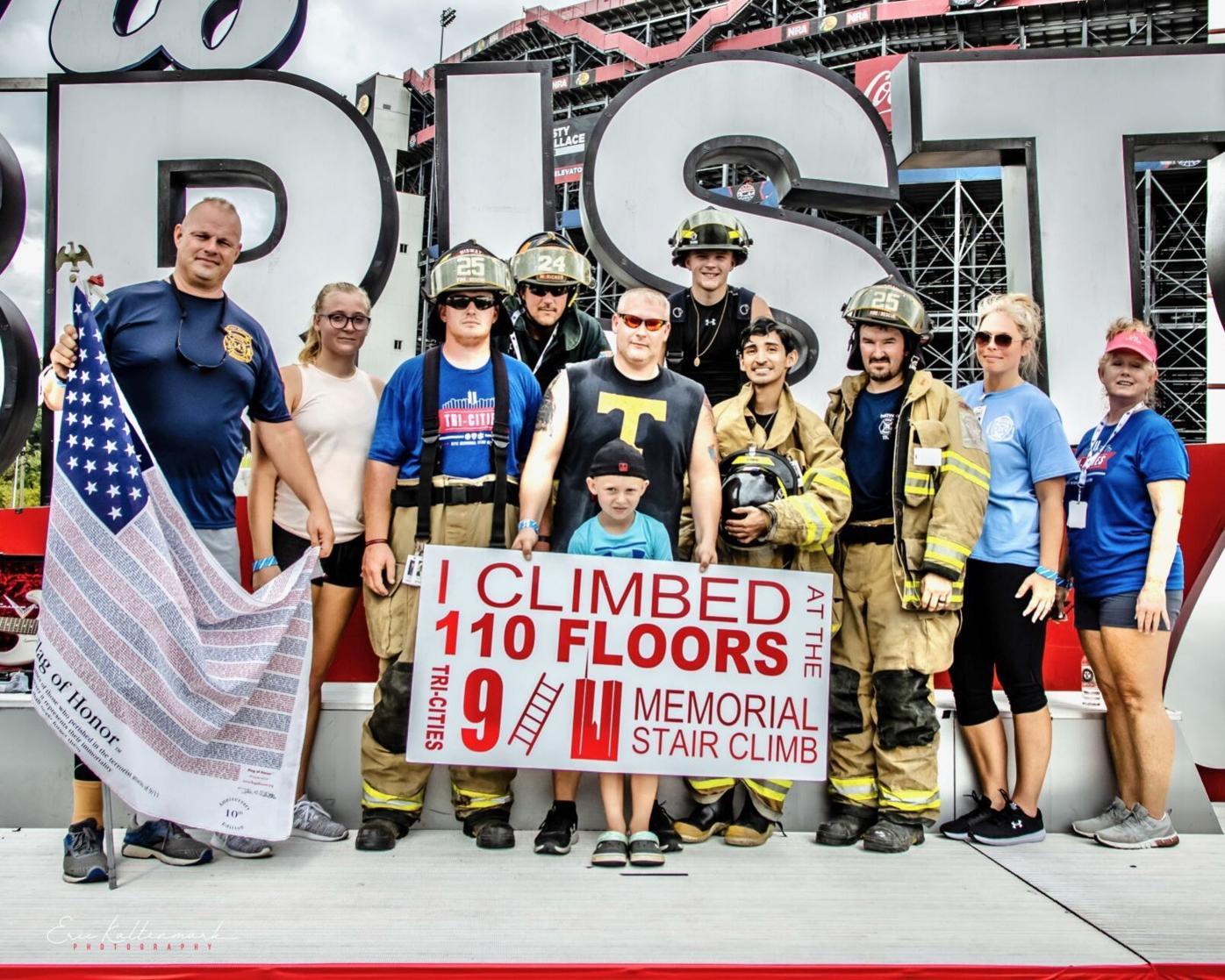 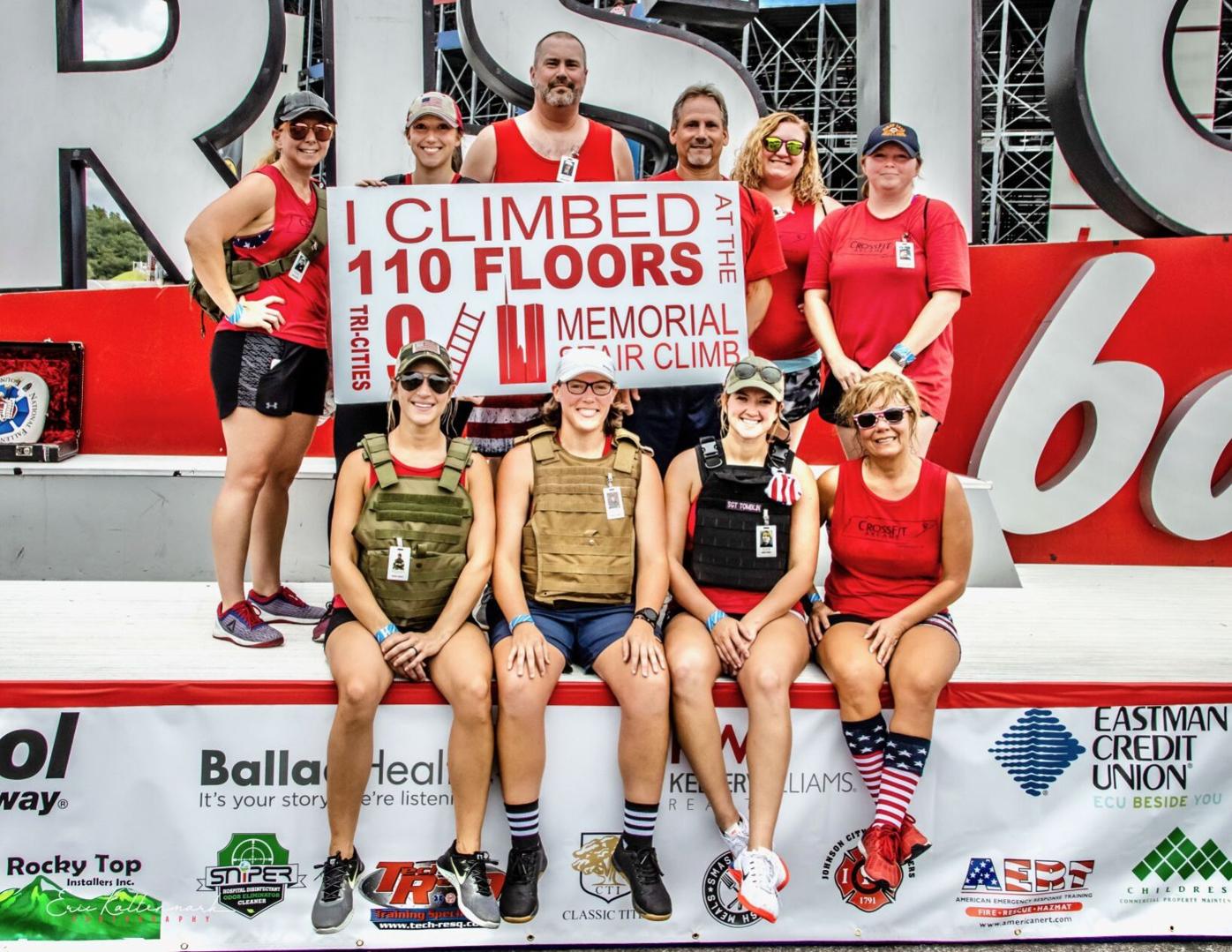 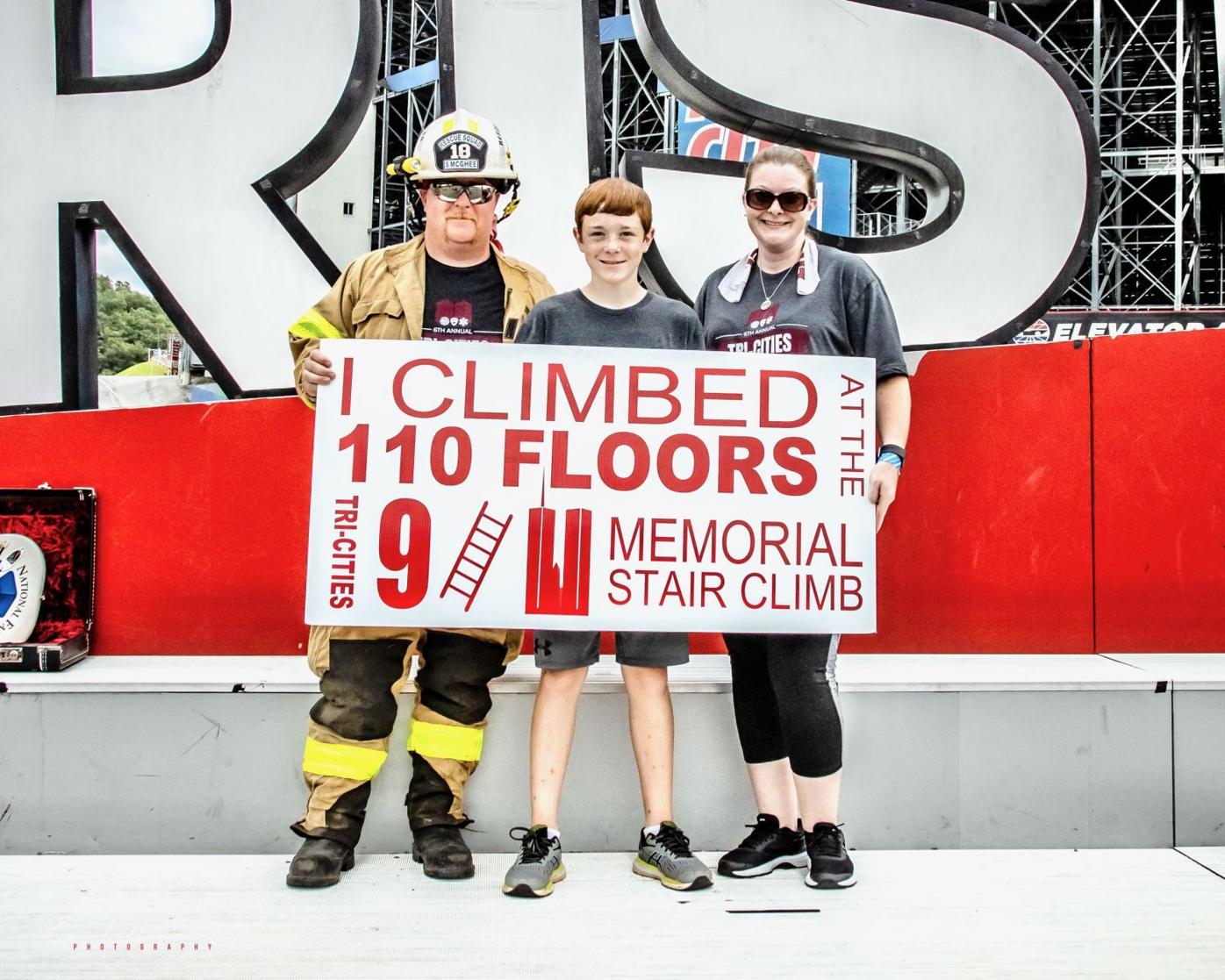 John Fann of the Tusculum Volunteer Fire Department was among 45 local first responders and supporters that participated in the sixth annual Tri-Cities 9/11 Memorial Stair Climb.

The teams from local volunteer fire departments, rescue squad, and CrossFit Arcane climbed 110 floors of the grandstand steps, equaling those responders climbed in the World Trade Center towers on Sept. 11, 2001.

Many of the firefighters completed the climb in full gear, including turnout coat, pants, boots, helmet, and air pack. Some firefighters also carried hose packs, which are preconfigured arrangements of fire hose, often weighing 40 pounds or more, that are carried on the back and can be quickly deployed to fight multistory structure fires or wildland fires in areas inaccessible to fire trucks.

All participants were subject to the steep climb inside the speedway “colosseum” with the intense heat reflecting from the aluminum and steel seating.

Each participant was given an honor tag identifying of one of the 343 fallen emergency responders, to wear during their journey. The participants read their responder’s name and rang the honor bell at the end of their journey.

Each person has their reason for participating in the climb. For 911 dispatcher, volunteer firefighter, and rescue squad member George Peters it is more personal.

“I have done it all six years, and I do it to honor the fallen,” Peters said. “My department in Pennsylvania was on standby for response to NYC, that’s why this means more to me. We are a brotherhood, and even though I don’t know them personally, they are still brothers to me.”

CrossFit Arcane team leader Jennifer Clendenin said, “Michele Edwards, told us about the event. She said she thought it would be neat if CrossFit Arcane got a team together, and we all agreed. We always want to support police officers, firefighters, military, and EMS. We are thankful for all that they do. When we heard about the Tri-Cities 9/11 Memorial Stair Climb, we knew it was something we had to do.”

This is the first year the climb was held at BMS, which provides a large outdoor area more suitable for social distancing, and the participants were asked to keep a six-foot gap during the climb. All participants and bystanders were screened before entering the event area, masks were worn in common areas, and sanitizing stations were abundant throughout the event.

The event is also an opportunity to raise money for the National Fallen Firefighters Foundation to support the families of local fallen firefighters and the FDNY Counseling Services Unit.

According to the event webpage, the Tri-Cities organization raised nearly $18,000 this year.