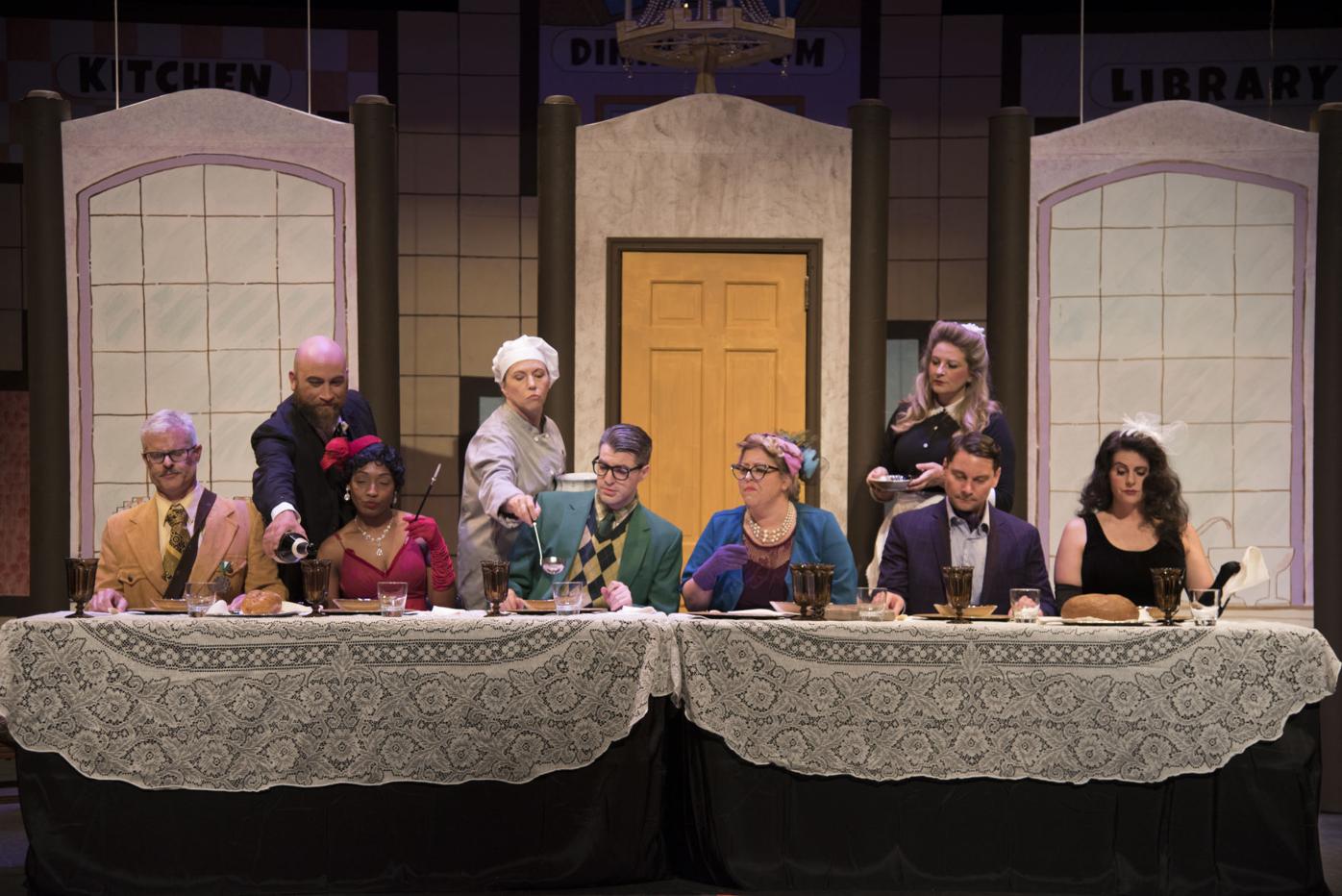 From left, Buck Allum, Chris Greene, Margo Olmsted, Paige Mengel, Justin Aubin, Jessie Beth Miller, Holly Marshall, Gary Carver and Christa DelSorbo are seen during Greeneville Theatre Guild’s production of “Clue: On Stage.” The farcical play based on the cult-favorite movie that is based on the board game. The production continues this weekend. 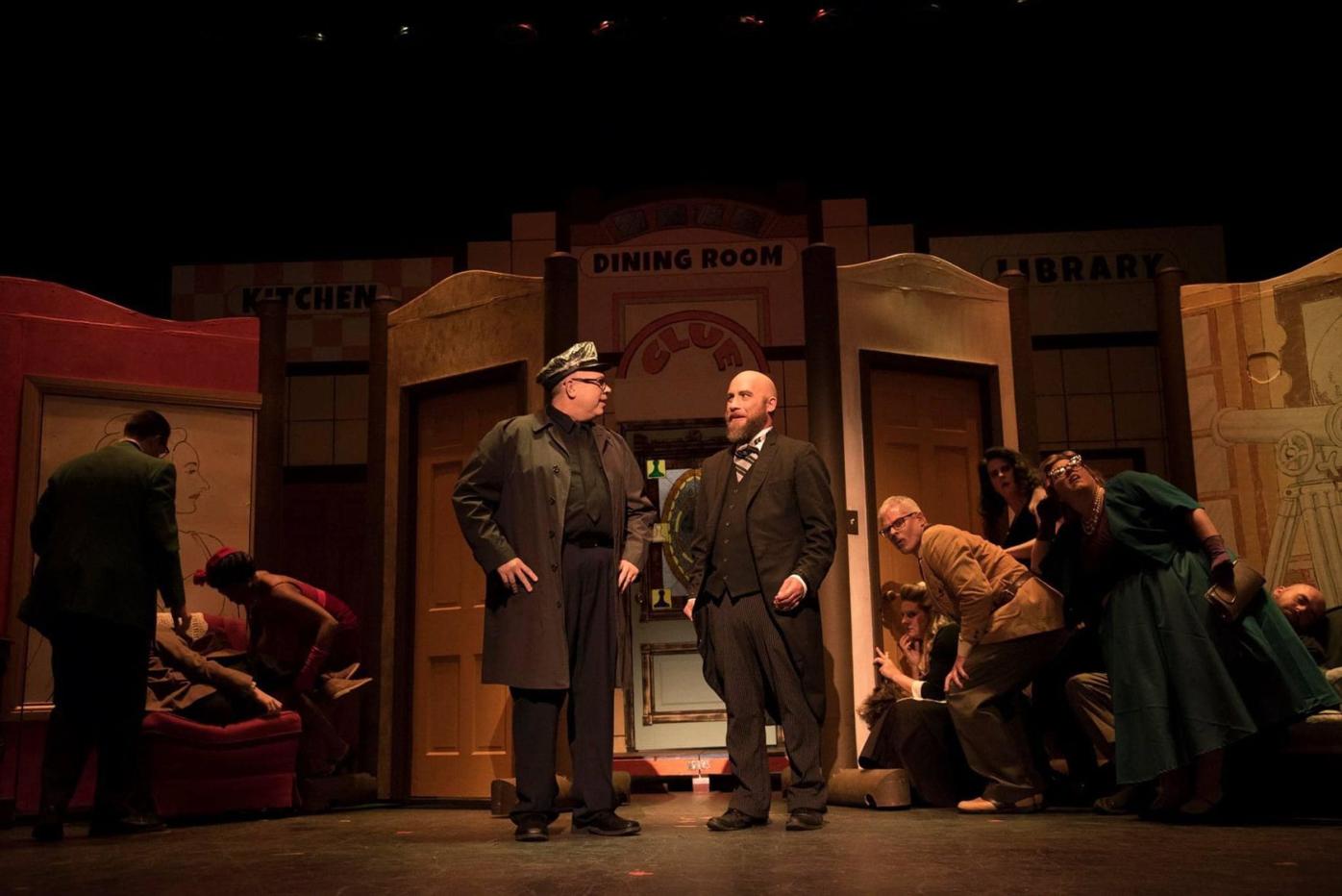 The Greeneville Theatre Guild’s production of “Clue: On Stage” continues this weekend. 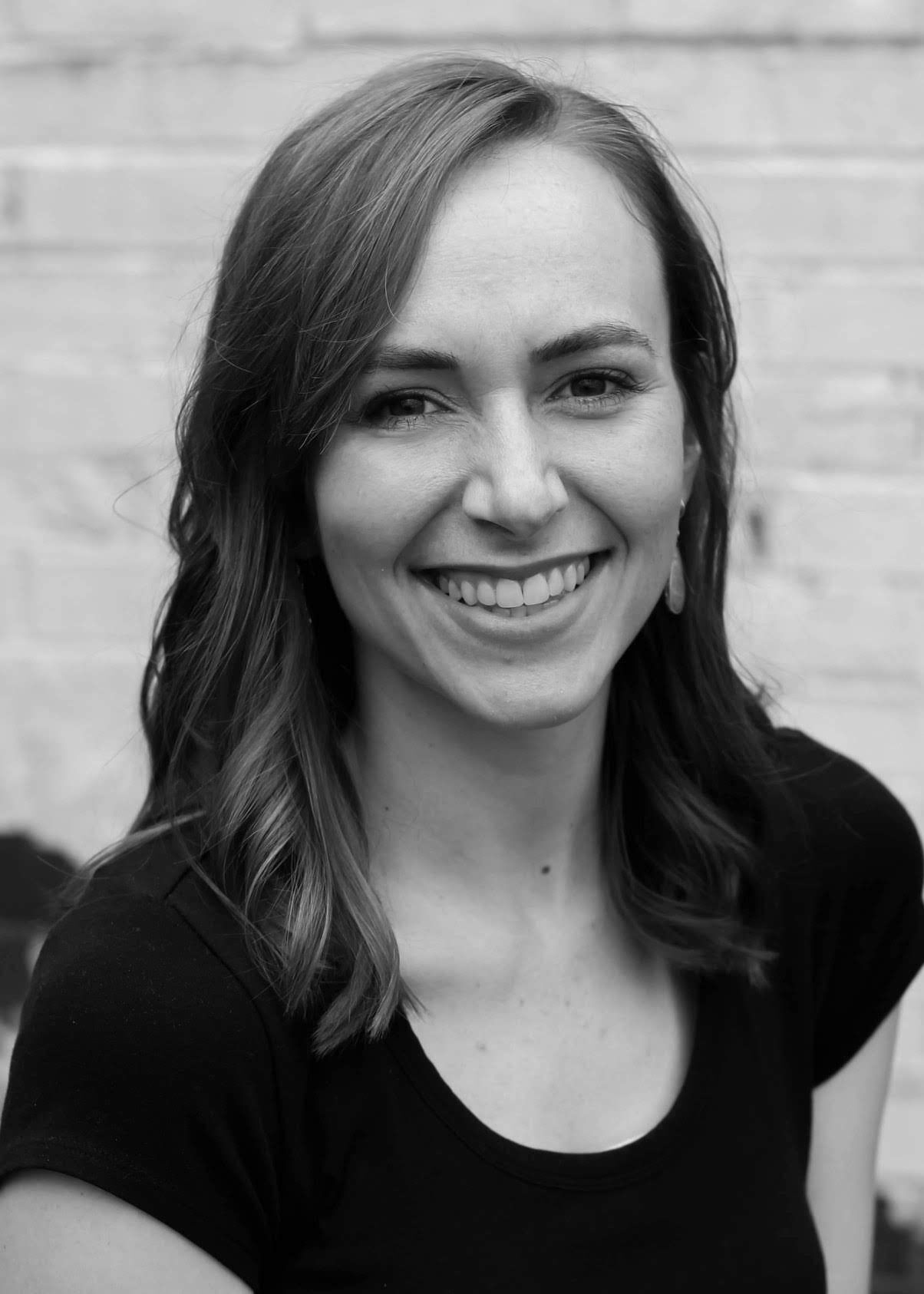 From left, Buck Allum, Chris Greene, Margo Olmsted, Paige Mengel, Justin Aubin, Jessie Beth Miller, Holly Marshall, Gary Carver and Christa DelSorbo are seen during Greeneville Theatre Guild’s production of “Clue: On Stage.” The farcical play based on the cult-favorite movie that is based on the board game. The production continues this weekend.

The Greeneville Theatre Guild’s production of “Clue: On Stage” continues this weekend.

Imagine for a moment, your childhood family game night. You lay out your board and your family members sit down, each choosing a character. As you roll the dice, you hear the crash of thunder, the patter of rain against the window, and the ding of the microwave, letting you know the popcorn is done. It’s a dark and stormy night, and you’re playing the classic Hasbro board game, Clue.

I’m not sure they can provide the thunder or the rain, but Greeneville Theatre Guild can provide all the rest of it: the popcorn, the story, and most of all, the fun. In their production of “Clue: On Stage,” Greeneville Theatre Guild and director Beth Schnura bring us all the imagination of the 1949 board game, all the wit of the 1985 film, and all the energy and unpredictability of a stage show.

Any kid of the ’80s recognizes the iconic game board, featuring a mansion full of rooms, corridors, and secret passages. In “Clue: On Stage,” a set design by Beth Schnura and Frank Mengel recalls the classic maze of the mansion. Doors and walls are moved by a dedicated stage crew who perform a veritable ballet of set movement while a talented team of local and regional actors portray the lineup of suspects: Mrs. White, Miss Scarlet, Professor Plum, Colonel Mustard, Mrs. Peacock, and Mr. Green. Along the way, servants and a series of uninvited surprise guests complicate the mounting mysteries.

The cast of characters is led by veteran stage actor Chris Greene as Wadsworth, the butler. (Don’t ask what he does. He buttles.) Greene grounds the show with his trademark energy. He coordinates the night’s festivities with Yvette, the prim and proper maid played by the adorable Holly Marshall, and the cook, portrayed with deadpan distaste by Paige Mengel. As the guests arrive, the trio float in and out and through the ever-shifting mansion, arranging everything just-so for their guests.

And what a colorful crew their guests turn out to be in a range of rainbow-hued costumes made and coordinated by Debbie Close. Colonel Mustard is played by Morristown Theatre Guild veteran Buck Allum in his debut with Greeneville Theatre Guild. Allum’s refreshing take on the character lends the Colonel an almost childlike simplicity and goofball affability. Christa DelSorbo enters next as the mysterious Mrs. White, whose secretive glances make it clear from the beginning she has something to hide. Soon, Jessie Beth Miller, in a hilarious turn as Mrs. Peacock, appears in all her feathered glory. Miller is consistently laugh-out-loud funny as she blunders through the mysterious manor.

Greeneville Theatre Guild newcomer Justin Aubin enters next as the nervous, neurotic Mr. Green. Aubin delivers a stand-out performance and proves he’s among the best in the cast at ad-libbing. He and Gary Carver, who plays a handsome but conniving Professor Plum, drop off-hand one-liners naturally, deftly walking the line between getting the laugh and staying true to their characters.

The crew of Hasbro originals is rounded out by Margo Olmsted, looking slinky and sly as Miss Scarlet. Olmsted turns in an adept performance; Miss Scarlet is always sexy and clever, but Olmsted’s Miss S. is nobody’s fool.

The cast is joined over the course of the evening by a crew of surprise visitors adeptly portrayed by Jonathan Cook (cunning and cagey as Mr. Body), Todd Wallin, David Maloney, and Michael Fillers.

To say the cast and the set look beautiful lit by chandeliers and clothed in Close’s costumes is an understatement. Fans of the game will find all they ever wanted in the sheer visual fun of “Clue: On Stage.”

They may be surprised, however, to find they also enjoy the music and movement of the play. “Clue: On Stage” has a full score, and cleverly choreographed movement by Schnura and her assistant director, Sara Claiborne, drive the plot. The show is at its best at the beginning of Act II, when a brilliantly layered search is conducted throughout the manor. This and other scenes where the actors criss-cross the stage looking for (or committing?) more murders are, without doubt, the most fun moments in the show. There is creeping, crawling, screaming, snarking, slapping, and more.

Frankly, Miss Scarlet, it’s hard to imagine how a fan of the board game or the movie wouldn’t enjoy an evening watching their favorite childhood characters walk onstage wielding larger-than-life weapons and sneaking through a moving, mysterious mansion. This show is pure fun; the actors are loving every minute of it, and their glee is contagious in the best of ways.

The game’s afoot at the Capitol Theatre this weekend, with performances Sept. 24 and 25 at 7 p.m., and Sept. 26 at 2 p.m. Buy tickets online at greenevilletheatreguild.org, or pay at the door.

Audrey Shoemaker is a veteran singer and stage actor. She lives in Chuckey with her husband, son, and too many dogs, and works as an instructional librarian at Walters State Community College.