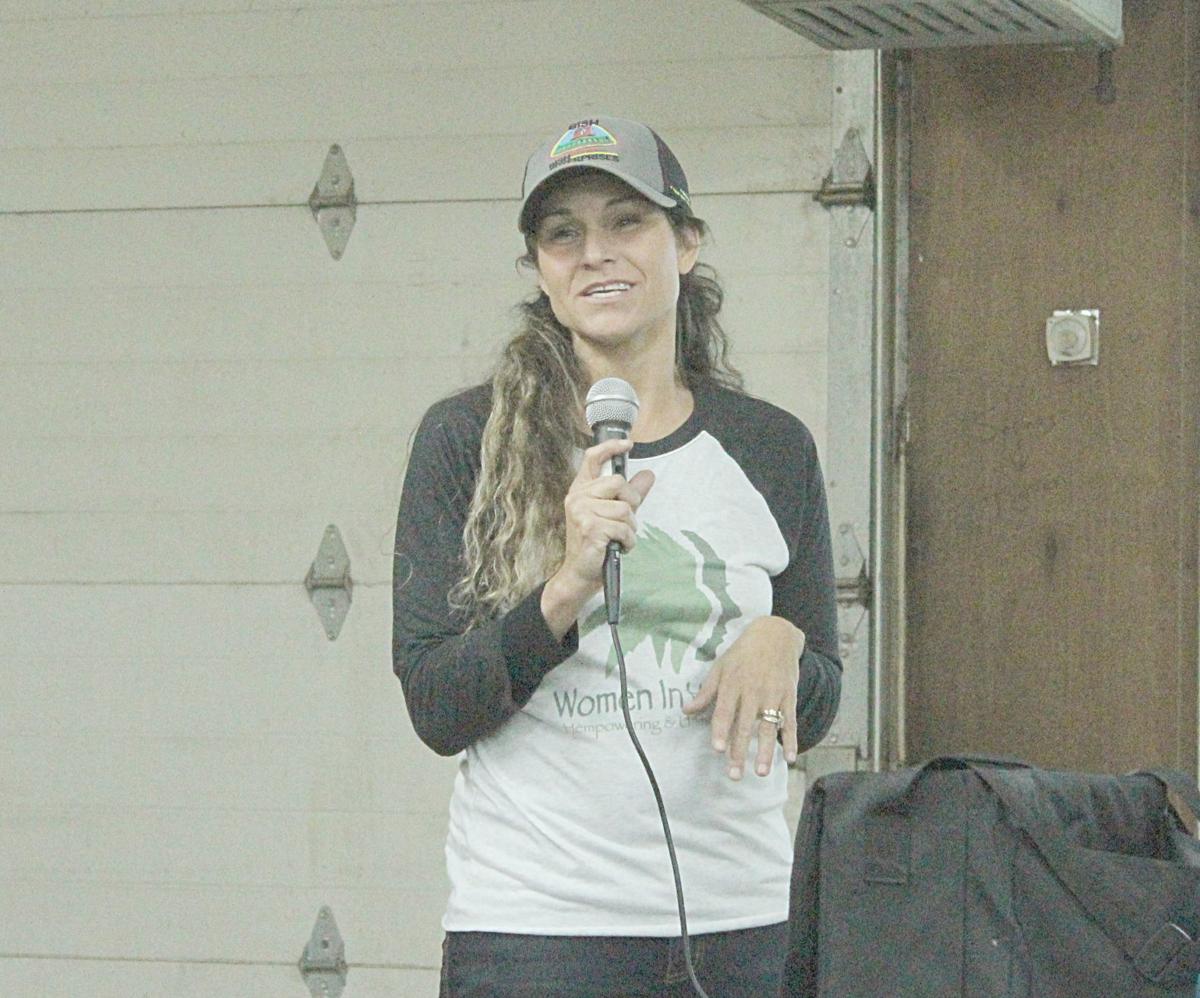 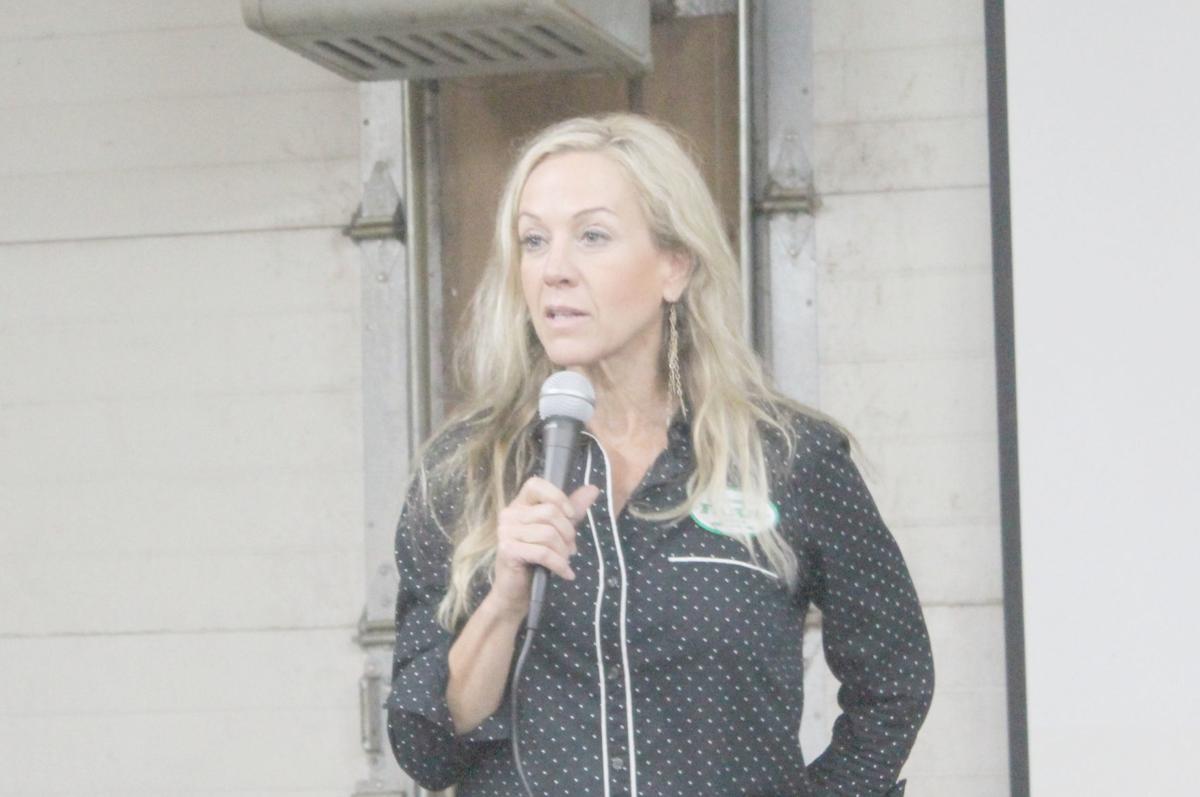 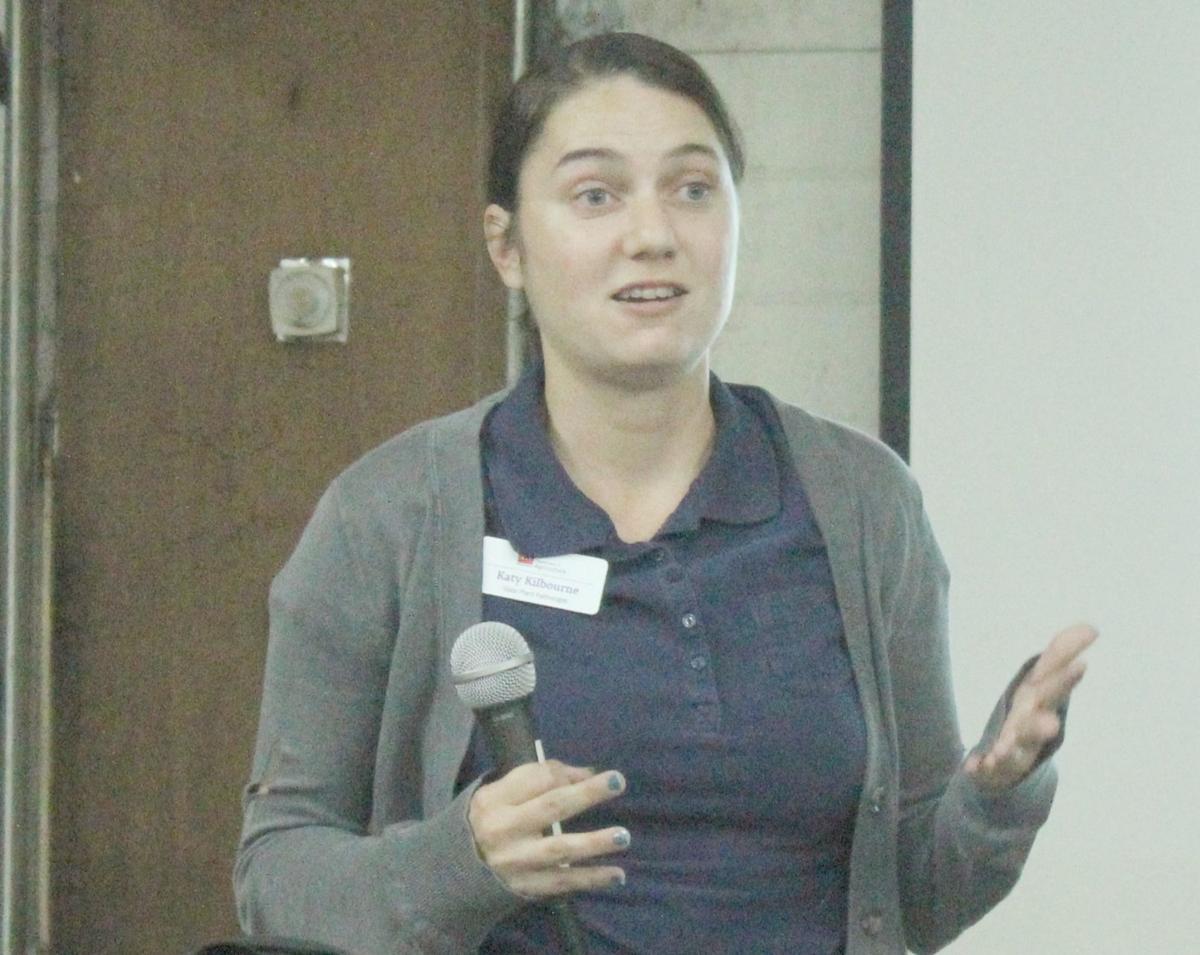 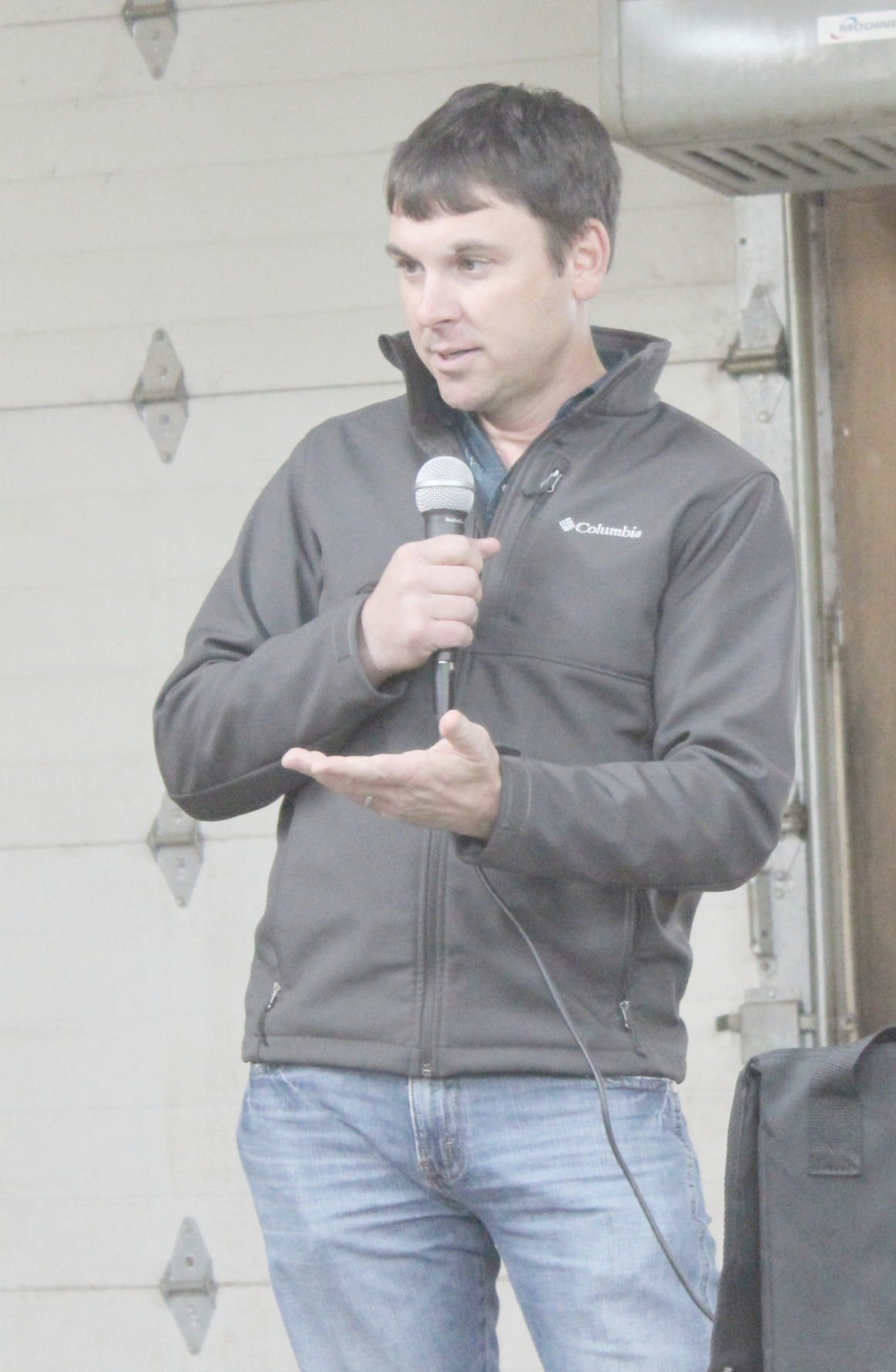 With a growing hemp industry, state and federal regulators are trying to play catch-up.

In late October, revisions of the industrial hemp pilot program regulations took effect in the hope of making the production of industrial hemp more attractive in Tennessee.

Women in Hemp is a national non-profit organization that supports women in the hemp industry. Tammy Rodriguez, of Mosheim, felt Eastern Tennessee needed a chapter, so she started one.

She is now the contact for the Eastern Tennessee chapter, as well as a co-owner of MosHemp Cultivators LLC, in Mosheim.

About 100 interested farmers and producers, male and female alike, attended the meeting at the University of Tennessee Research and Education Center at Greeneville Monday to learn more about the burgeoning hemp industry.

When asked how many people in the audience already grow hemp, only a few hands were raised. When asked who owns farms and are able to grow, almost every hand in the room was raised.

The federal 2014 Farm Bill allowed for institutions of higher educations or state departments of agriculture to cultivate industrial hemp for research purposes.

The first set of rules regarding the hemp industry took effect in 2015 in the Volunteer state. In 2016, the bill was amended to allow for processor licenses, branching out from just producers.

“The industrial hemp sector has seen changes since then, so the main purpose of the rule revisions are to readjust the fee structure and to clarify the license requirements and the permissible actions by program participants,” state Department of Agriculture public information officer Will Freeman explained in an email to The Greeneville Sun.

One rule that remained that same was that no sample taken by the state Department of Agriculture from a producer can contain more that 0.3 percent THC (delta-9 tetrahydrocannabinol) which is marijuana’s primary psychoactive chemical.

Kilbourne said that samplings must be tested about 30 days prior to harvest. One risk producers face is that their harvest might exceed the 0.3 percent THC level. That results in destruction of the entire yield since it will then automatically be considered marijuana, which remains federally illegal.

The former fee structure required growers to pay $250 for a hemp license plus $2 per acre and a hourly fee for an inspector to visit to their property. All laboratory costs were paid by producers for samplings to be inspected for THC levels.

The new fee structure ranges from $250 to $350 per license, depending on the size of the growing site, and a flat rate of $150 per sample.

Kilbourne administers the industrial hemp research program for the state Department of Agriculture. She said that in 2018, Tennessee had 200 grow sites totaling about 4,000 acres and 160 licensed hemp producers.

Another new rule in Tennessee is that viable hemp products, meaning hemp that is able to regenerate, reproduce, or survive, may only be distributed to program licensees, universities or state departments of agriculture.

Non-viable hemp, like the parts of the hemp plant that cannot ensure reproduction of the plant, may be distributed anywhere through the Tennessee pilot program.

The rule changes now give hemp growers more responsibilities, according to Kilbourne. Growers are now responsible for sourcing their own seeds, but may still contact Kilbourne for assistance in finding seeds.

“The number one responsibility of a hemp grower, is if you are going to get a license, grow some hemp,” Kilbourne said.

She added that although about 4,000 acres of grow sites were registered in the state of Tennessee, only about 2,000 are expected to be harvested in 2018 due to growers not planting the maximum amount of hemp seeds per acre.

Growers are also expected to submit an annual agronomic report to the state Department of Agriculture, which will help future producers determine which strains work better in which locations and other growing facts that could boost productivity in Tennessee.

There are almost no restrictions regarding eligibility to grow hemp anymore, Kilbourne explained.

“You just have to have a birthday,” she said.

A processor license is no longer required. Instead, processors can now register for free on the state Department of Agriculture website.

The new federal 2018 Farm Bill, which will be up for U.S. Senate approval in the wake of Tuesday’s midterm elections, should reduce the federal Drug Enforcement Agency’s restrictions placed on the state Department of Agriculture regarding industrial hemp, Kilbourne said.

Eric Walker, industrial hemp specialist for the University of Tennessee, explained how to best go about starting a hemp farm in Tennessee, at the Monday meeting.

Industrial hemp is to be organically produced in Tennessee, but is not considered as a crop through the U.S. Department of Agriculture. Walker explained that the 2018 Farm Bill will also open hemp as a crop to be certified with the USDA “organic” sticker.

The application period for industrial hemp grower licenses begins Nov. 15 and concludes Feb. 15, 2019. Licenses will be issued March 1, 2019, Kilbourne said, adding that a complete “how-to-guide” will be released before issuing, so that producers can know exactly what to expect from the government.

With all the encouragement for farmers and land-owners to start growing hemp and investing in the pilot research program in Tennessee, Walker added that the industry is still in the developing stages, and simply cannot provide all answers potential producers may have.

“We just picked up industrial hemp in 2014 — be patient,” he said. “We’re not optimized yet, so I don’t have recommendations for what works yet.”

With Greene County agriculture suffering over the past few decades with the decline of the local tobacco industry, hemp could be the salvation.

Walker, also a tobacco specialist with UT, explained that hemp works well on a tobacco production model, which resonated with Greene County farmers in the room familiar with tobacco as a large agricultural contributor to the region.

“You can get really good hemp on a tomato production model too,” he added.

Attorney Carrie McClain Knight of Jacksonville, Florida, explained how hemp came to be in the U.S. and how women should get involved in the industry now as it is supposed to be a booming industry in the near future. She is also a national member of Women In Hemp.

“This is going to give your grandchildren the chance to be farmers again,” she said.

Knight encouraged aspiring hemp producers in Tennessee to start small because hemp, she said, is extremely difficult to grow and weeds are very difficult to control.

Her sentiments were echoed by Walker who said that hemp production is as — if not more — labor-intensive as tobacco production.

“Be willing to bet on the positive, but be willing to accept the negative,” Knight said of starting with a small hemp production.

She also encouraged potential growers of the positive aspects of producing hemp in Greene County by saying that Reneé Johnson, a specialist in agricultural policy, wrote in June of industrial hemp as an agricultural commodity.

Hemp, Johnson wrote, is used in the production of a wide range of products, including foods and beverages, cosmetics and personal care products, nutritional supplements, fabrics and textiles, yarns and spun fibers, paper, construction and insulation materials and other manufactured goods.

Knight told potential producers to read up on Johnson’s “Hemp as an Agricultural Commodity,” as she believes it explains the product as more than what people assume it is — marijuana.

“Hemp is truly an industrial product that brings so much viability to so many different industries, not just the medical side,” Knight said.

Hemp can be grown as a fiber, seed, or other dual-purpose crop, Knight said.

“Over $600 million worth of industrial hemp is imported to the United States from other countries,” she emphasized.

“It’s amazing what women are doing in this industry,” she said, encouraging Greene County women to actively seek information and start to grow hemp in East Tennessee.

A series of upcoming Women In Hemp meetings will attempt to answer some of the questions that remained unanswered Monday night.

On Dec. 11, several processors, as well as experts on soil and nutrients will speak.