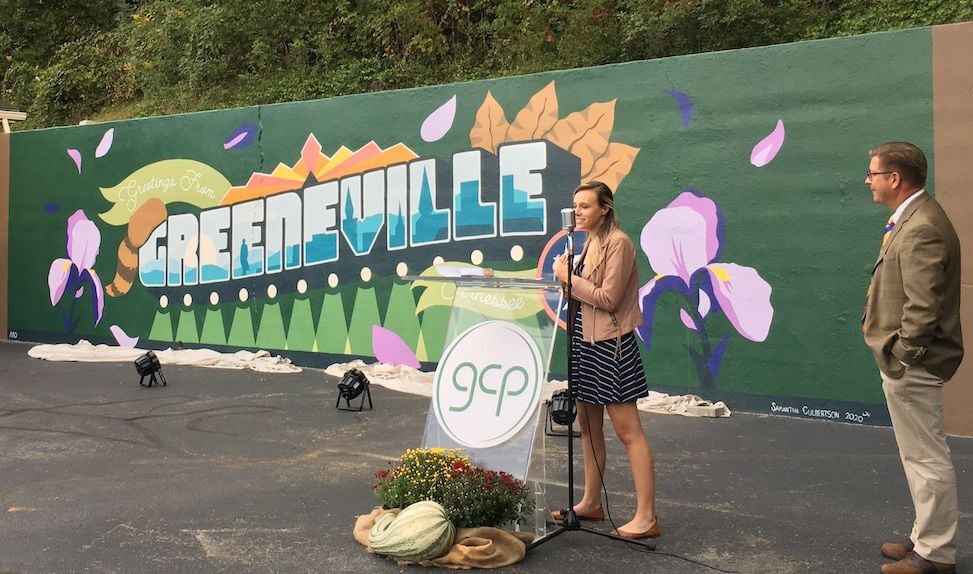 Artist Samantha Culbertson speaks at the unveiling ceremony in September for the mural she painted at the Greene County Partnership, as Partnership President Jeff Taylor looks on. The mural at the Partnership offices will be the starting point for a new local mural trail. 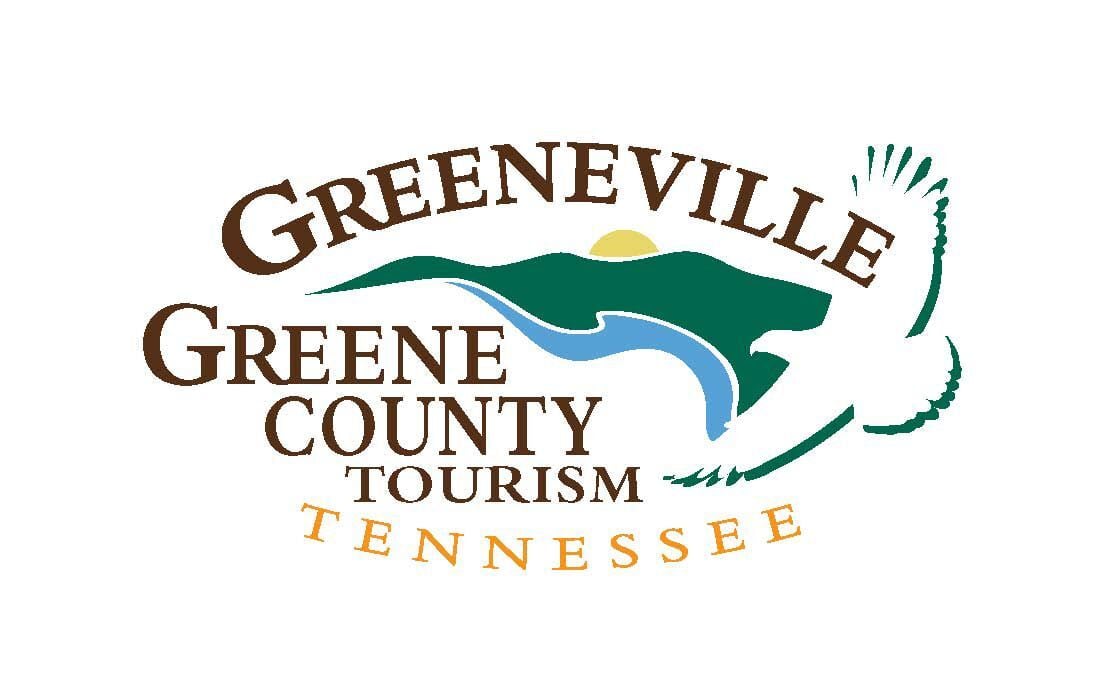 Artist Samantha Culbertson speaks at the unveiling ceremony in September for the mural she painted at the Greene County Partnership, as Partnership President Jeff Taylor looks on. The mural at the Partnership offices will be the starting point for a new local mural trail.

One of the key objectives of the tourism task force is to come up with ways in which to promote the community by bringing visitors to our town and county.

We are pleased to offer the Mural Trail. Although complete details will not be announced until March 1, we are giving you a sneak peek today.

According to Jeff Taylor, president of the Greene County Partnership, “For the Mural Trail, we are trying to capitalize on the thousands of visitors the Andrew Johnson National Historic Site brings to our community. The parking lot for the site’s visitor center is across Academy Street from the Partnership office.”

A few months ago the beautiful mural was unveiled in the GCP parking lot and was created by artist Samantha Culbertson. This will be the starting point for the new mural trail, and it connects to the murals in the downtown Windows to the Past project.

The purpose of the murals is to tell the history of our community in an artistic way. The artists who have provided the murals include Joe Kilday, Sam Lane Samantha Culbertson, Mike Durham, Joni Parker and Dana Wilds.

The public is encouraged to follow Discover Greeneville on social media as we officially introduce the trail on March 1.

We are excited because the trail can be done by driving, walking or biking, and thanks to some grant money we are able to provide maps for the trail, coloring books, and other printed information. It can also be enjoyed by people of all ages.

Taylor also pointed out that like others in many cities across the county, “if people meander downtown while they’re here and they explore and discover some new places, like boutiques downtown, that increases the probability they will spend some money.”

Taylor said the mural, like others in many cities across the country, also provides a backdrop for photos which can provide a marketing boost on social media.

The Niswonger Performing Arts Center is currently offering their Virtual Arts Education Series now through April 30 through the Barter Players. They are presenting “Peter Pan” and “Harriet Tubman and the Underground Railroad.” For complete information call the box office at NPAC at 638-1328, or go to boxoffice@greeneville.com.

If you ever have any suggestions for tourism, please do not hesitate to contact me at 552-3983 or call Joni at the Greene County Partnership, 638-4111.