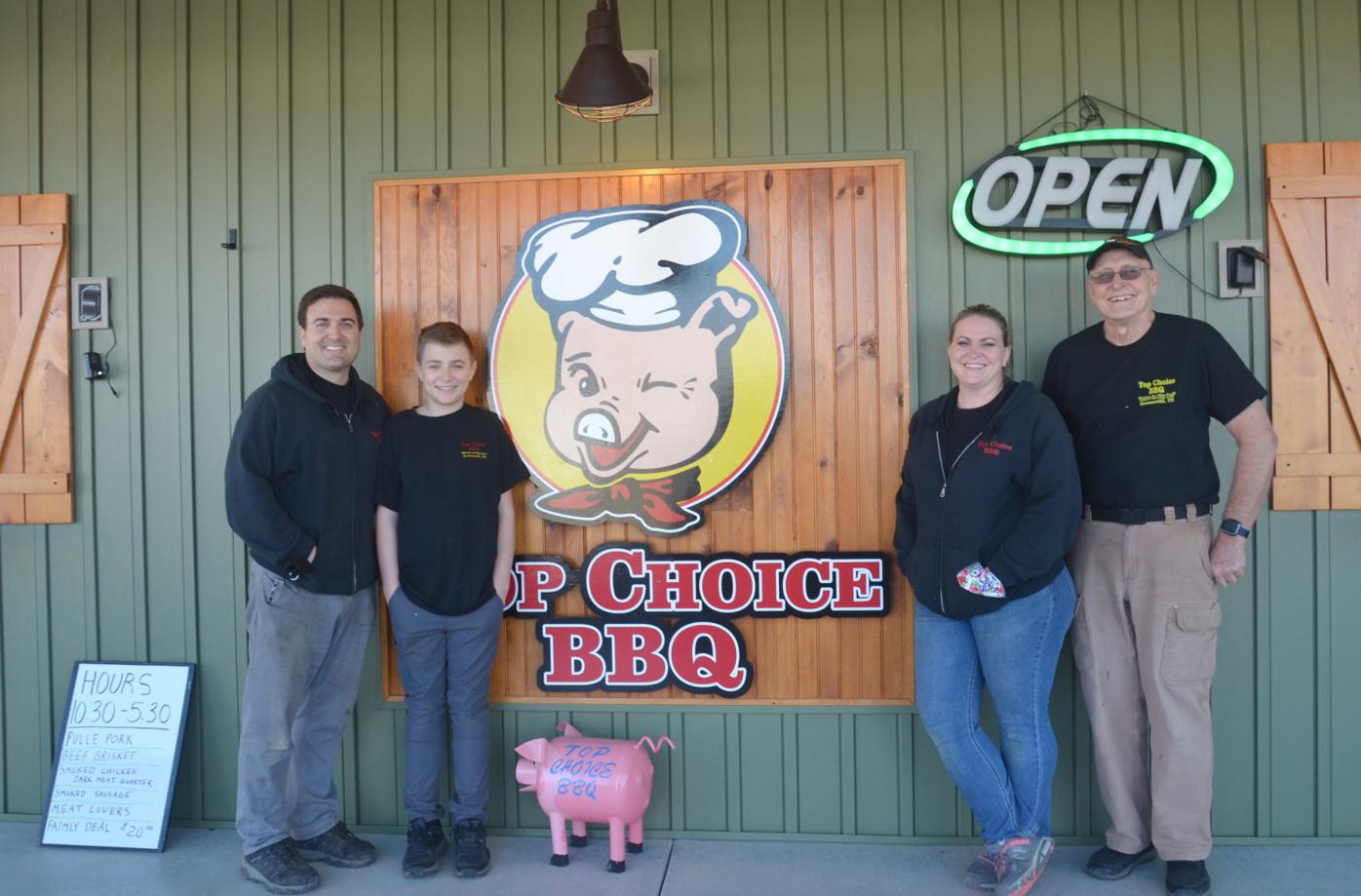 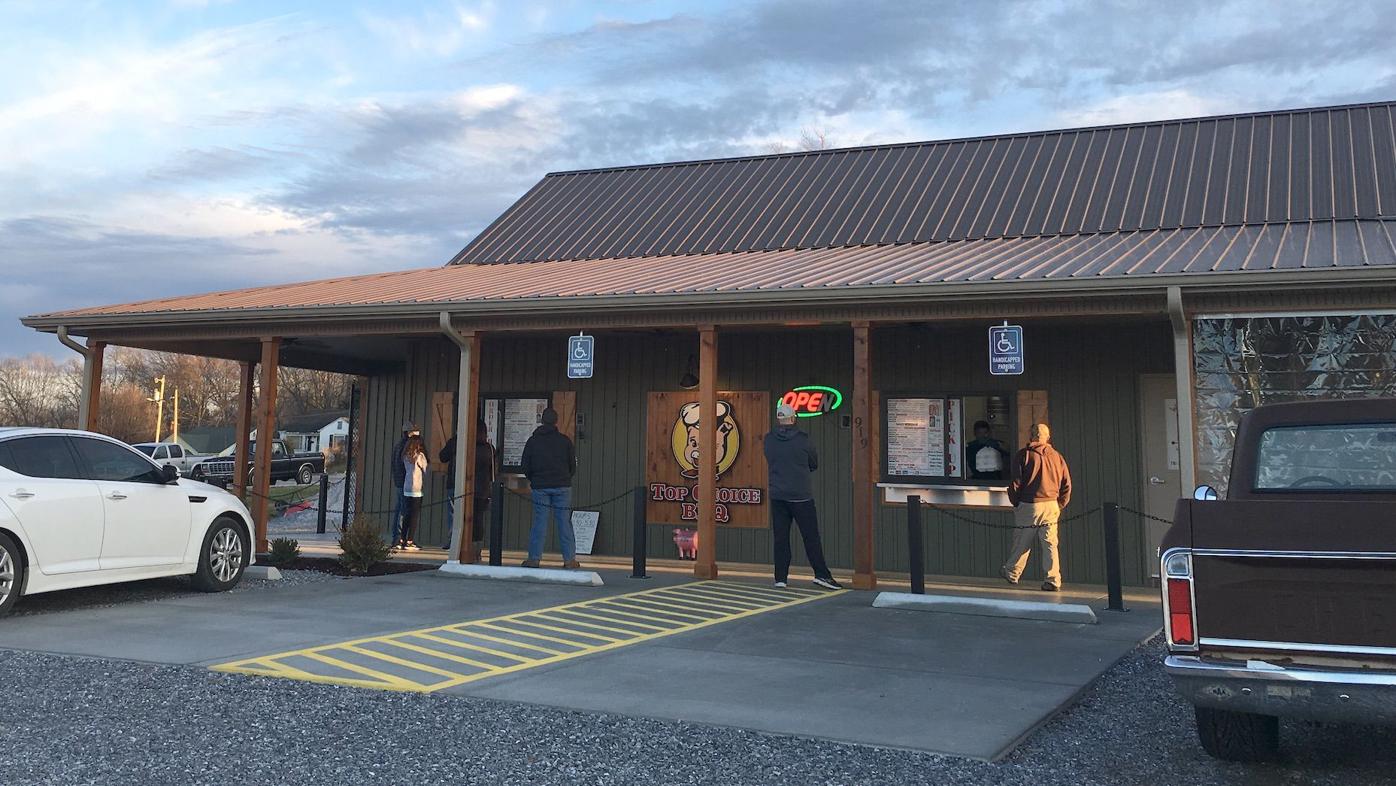 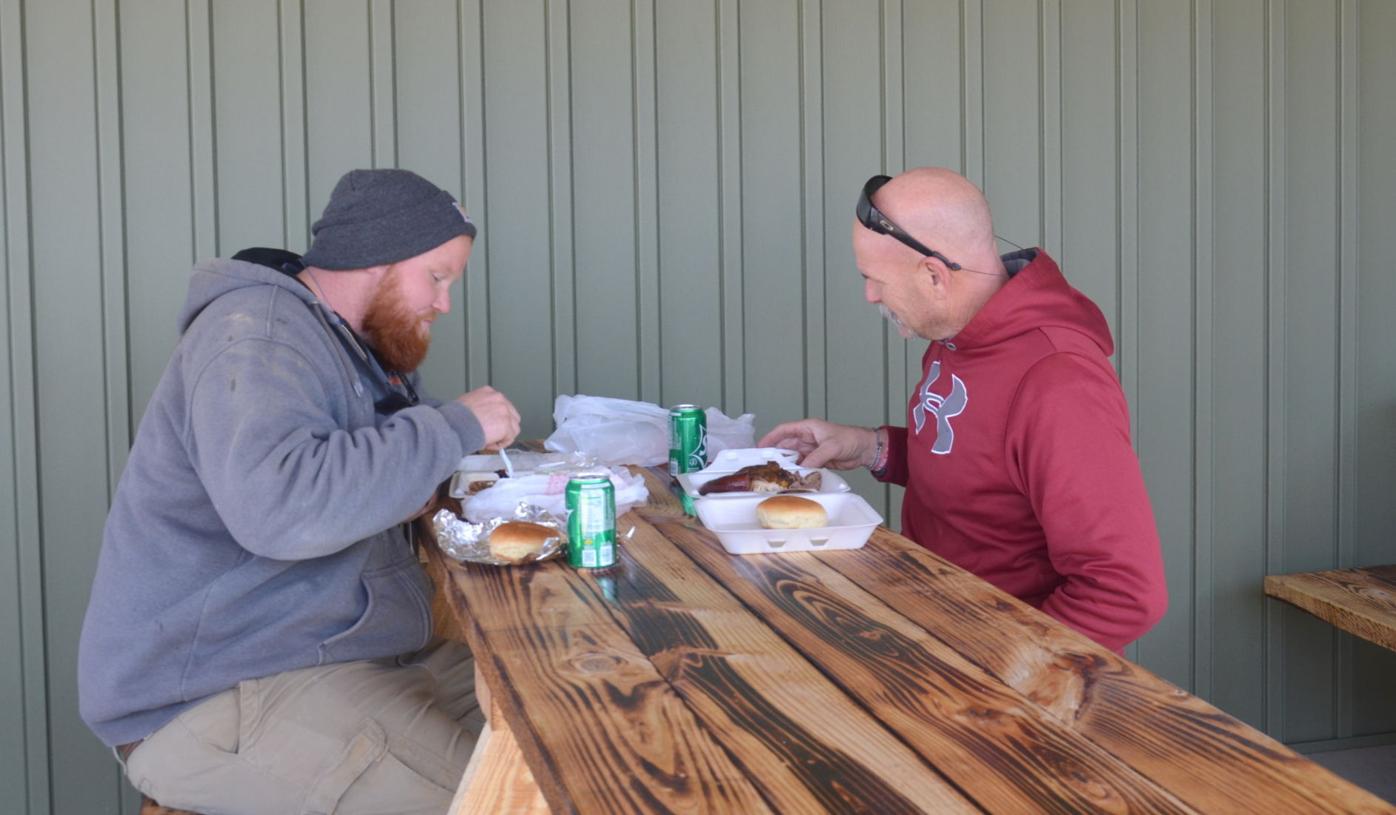 Top Choice BBQ owners Rocco and Amanda Preston do not consider their restaurant a fast food joint, but providing a quick meal option for people who need to eat fast and get back to work has been a cornerstone of the business since it opened in 2009.

After eleven years operating in a trailer, Top Choice has now expanded into a permanent facility, constructed last year at the restaurant’s existing West Main Street site with speed and a streamlined process in mind.

“People don’t have a long time to eat, so our goal has always been to make sure they can get their food fast enough to eat it,” Amanda said.

While catering has also contributed to Top Choice’s success over the years, the take-out aspect has kept the business going strong during the pandemic.

“We’ve always had that philosophy, but then when COVID-19 hit, we didn’t have to shut down because we were carry out,” Rocco said.

Not only has Top Choice stayed open throughout the pandemic and related business restrictions, the Prestons say business actually increased.

“Unfortunately it’s been a tough time, and a lot of businesses were suffering, but we picked up some of that business, and 2020 was a big year for us,” Rocco said. “It just changed a little bit from so much catering to a lot more walk-ups.”

Amanda said the added foot traffic even helped make up for the lost catering revenue and that it has increased further since they opened the new building in December.

“Usually, in the trailer, when the weather changed and it got colder, business would drop off,” Rocco said. “Even though it’s still the same principal, I can’t believe how many new customers we’ve seen.”

“As soon as the building went up we started seeing people we had never seen before, and I thought I knew everybody,” Amanda said.

“It keeps the line going much faster,” Rocco said of the separate order and pick-up windows, which he added also suit the pandemic safety guidelines.

“There’s not really any close contact between people when they go to the window,” he said.

The third window is designated for group orders.

“A lot of businesses will call us with five or more different orders, and this way, they can call the order in, they’ll say what time they will get here, and their order is all ready to go. They don’t have to wait in line, and it keeps the line moving,” Rocco explained.

There is also a covered, semi-enclosed picnic seating area on the right side of the building complete with fans and a heater.

“We thought about building a drive through, but I wanted to have the sit down area. I like a relaxed family atmosphere, whereas with a drive through, it feels like you never get to connect to your customers,” Rocco said.

Although he said he has been doing a bit less of it in the last year due to the pandemic, Rocco said he particularly enjoys socializing with customers and has gotten to know many of them well.

“I’m a social butterfly. I love interacting with the customers, but we’re definitely not talking to people as much as before,” he said.

While Rocco said the process of planning and construction on the building, and trying to keep costs down throughout it, was “extremely stressful” for him and Amanda, he said it is fulfilling to know that it is theirs and will be there in the future for their kids, 13-year-old Noah, who already helps out with the family business as a dish washer, and 7-year-old Savannah.

Also involved in the family business doing maintenance work is Amanda’s father Phil Butterfield, who moved along with the Prestons from their native Cleveland, Ohio to Tampa, Florida before they all moved to Greene County, Tennessee in 2008.

“We’re what they call ‘half backs,’ which means you got tired of the winters in the north, so you go south and realize you hate it there, too, so you come halfway back,” Amanda said. “We love it here, and the kids love it here. I would never live anywhere else.”

Rocco said they discovered the area while visiting Gatlinburg and “fell in love with the area. It’s a great place to raise kids.”

Both his and Amanda’s parents made both moves with them and helped with Top Choice in its early stages, and although Rocco’s family have since moved back to Florida, he said his father’s BBQ sauce and rib recipes are still served at the restaurant.

“Everything else is trial and error and playing around with the recipes for the past 14-15 years,” Rocco said.

Rocco said all of the meats at Top Choice are smoked on site, “low and slow,” some for 14 hours. Meats available each day are posted on Facebook.

For more information, look for Top Choice BBQ on Facebook or call 620-0567.