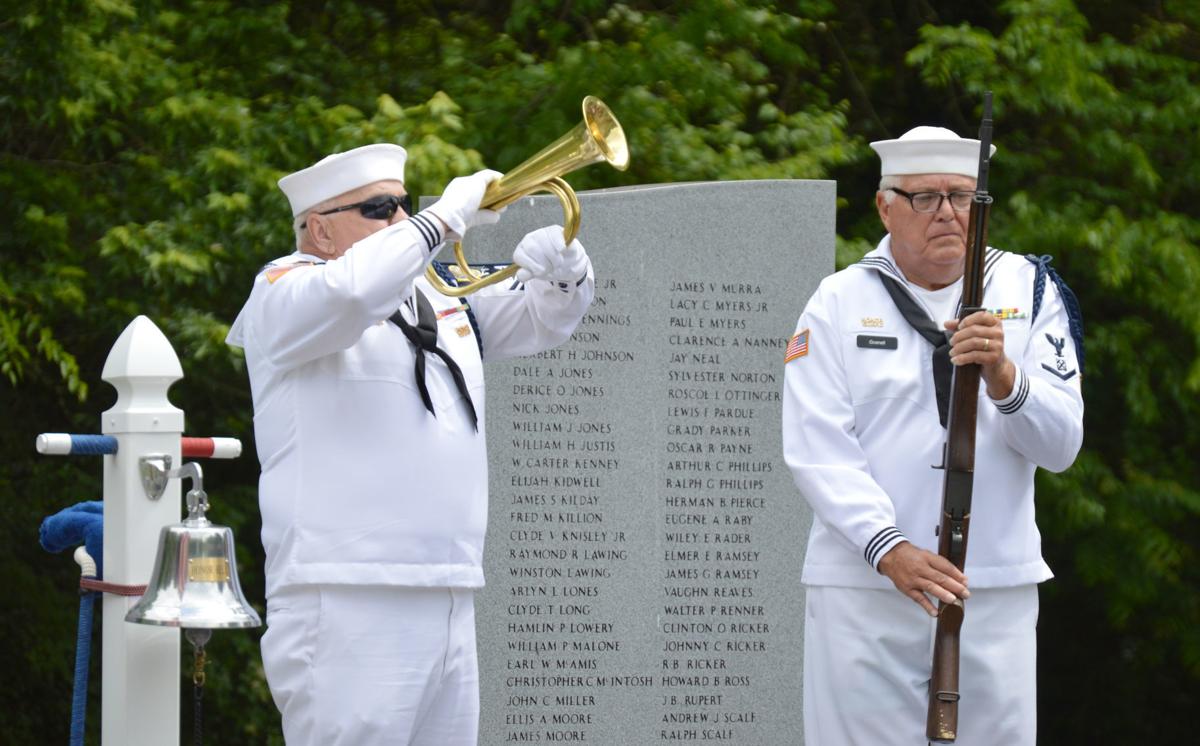 Navy veterans and members of the Greene County Honor Guard Charles Toney, playing Taps, and Richard Gosnell were part of the Memorial Day service on Monday, which began at 3 p.m. 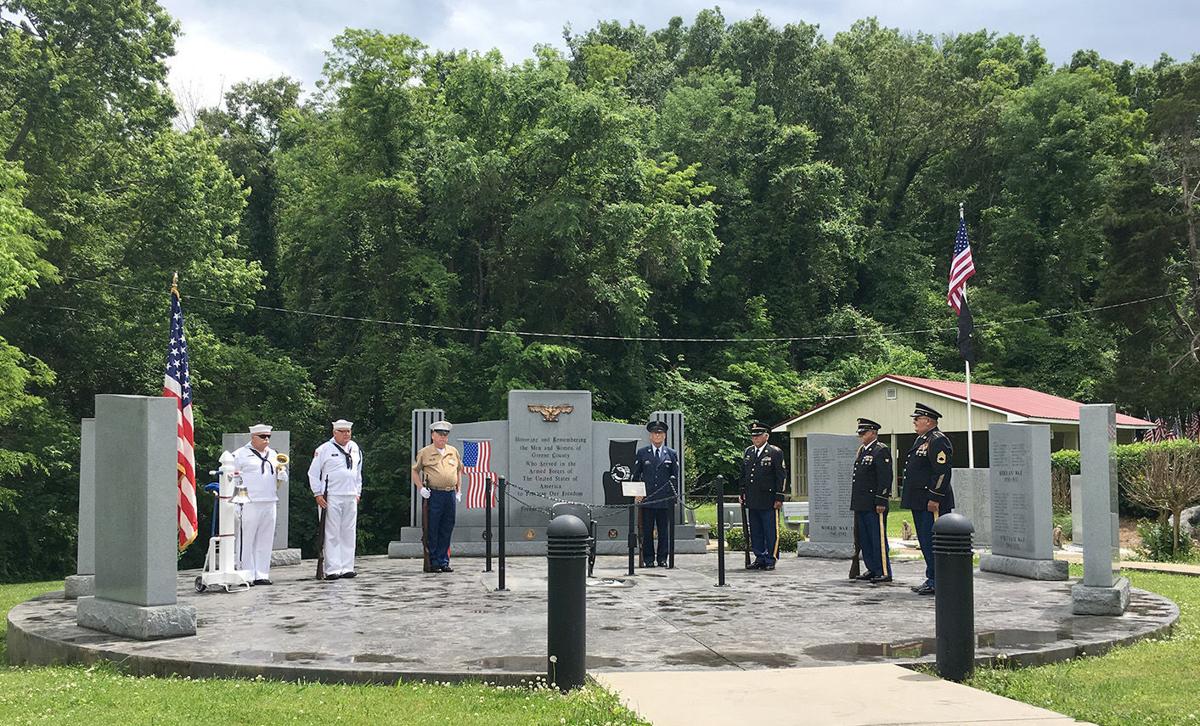 Members of the Greene County Honor Guard met at Veterans Memorial Park on Monday for a brief, private service at 3 p.m.

Navy veterans and members of the Greene County Honor Guard Charles Toney, playing Taps, and Richard Gosnell were part of the Memorial Day service on Monday, which began at 3 p.m.

Members of the Greene County Honor Guard met at Veterans Memorial Park on Monday for a brief, private service at 3 p.m.

The ceremony began at 3 p.m., coinciding with nationwide Taps Across America memorial efforts, spearheaded by Taps for Veterans and CBS, to honor veterans on Memorial Day despite COVID-19 safety restrictions that still prevent large gatherings. At 3 p.m., through Taps Across America, buglers across the nation played Taps, the bugle call played at military funerals and ceremonies.

Due to social distancing guidelines, the ceremony was kept private and abbreviated.

Toney added that he is proud to participate in services such as the one on Monday as well as the military funerals in which the honor guard travels, sometimes out-of-county, to participate.

“Doing something like this is an honor,” said Freddie Sams, a veteran of the Marines and member of the Greene County Honor Guard present on Monday.

“It’s tough when you see all these names,” Sams said of the stones in the park, which contain the names of hundreds of veterans with ties to Greene County.

“Death doesn’t always come in the war,” said Richard Gosnell, a veteran of the Navy and also a member of the Honor Guard. “Some live through the war but they never recover physically or mentally.”

Gosnell called Memorial Day “a great opportunity to reflect” and remember the people he served with in the Navy.

Sams said each of the Honor Guard members has someone they came to the park to honor on Monday.

For Sams it is his uncle Otto Woodall, from Kentucky, who was killed in World War II in the D-Day invasion of Normandy, France. Sams said he never met Woodall, but he knows of him through family.

Sams also remembers people he served with, whose names Sams said he keeps in his heart.

Gosnell said not everyone has to go into military service to serve their country by being a good citizen, and that this is something he hopes to instill in the minds of young people.

Morrison said services like Monday’s, while altered this year due to COVID-19, are important and close to his heart.

“These are my brothers,” Morrison said.

Daniels urged anyone who has not visited the Veterans Memorial Park at 805 Forest St. to do so.

“How fortunate we are to have these people in the community to dedicate themselves to service,” Daniels said.

The Greene County Honor Guard is a volunteer organization which assists with veterans’ funerals through playing Taps and ringing the Honor Bell. It is affiliated with the local Robert F. Mitchell American Legion Post No. 64, based at 101 Longview Dr.

For more information about American Legion Post No. 64 or the Greene County Honor Guard, visit http://alpost64tn.org/index.html.

Memorial Day Service Honors ‘Those Who Sacrificed All’