This image released by Disney shows characters, from left, Sven, Olaf, voiced by Josh Gad, Kristoff, voiced by Jonathan Groff, Elsa, voiced by Idina Menzel, and Anna, voiced by Kristen Bell in a scene from “Frozen 2.” 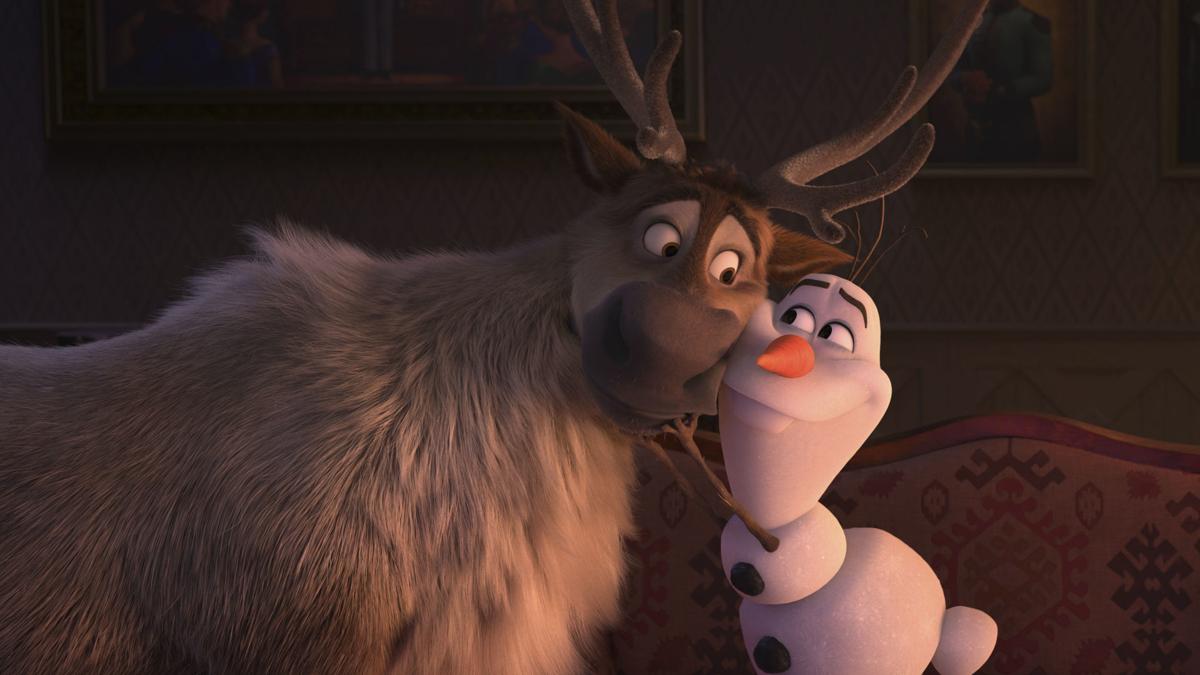 This image released by Disney shows characters Sven, left, and Olaf, voiced by Josh Gad, in a scene from "Frozen 2."

This image released by Disney shows characters, from left, Sven, Olaf, voiced by Josh Gad, Kristoff, voiced by Jonathan Groff, Elsa, voiced by Idina Menzel, and Anna, voiced by Kristen Bell in a scene from “Frozen 2.”

This image released by Disney shows characters Sven, left, and Olaf, voiced by Josh Gad, in a scene from "Frozen 2."

Most parents know by heart the words to “Let It Go,” that maddeningly popular song from Disney’s “Frozen.” That’s because their daughters replay the video over and over and over.

Get ready for more.

Directed by Chris Buck and Jennifer Lee, this computer-animated musical fantasy will be a big hit with 6- and 7-year-olds.

This time around, Queen Elsa hears a strange sound from the north, so she and her sister Anna — along with the comic snowman Olaf, ice harvester Kristoff and his reindeer Sven — set off to investigate it. This is a journey that will save the kingdom of Arendelle.

Anna: “Excuse me, I climbed the North Mountain, survived a frozen heart and saved you from my ex-boyfriend, so ... you know, I’m coming.”

The sequel is designed to answer such lingering questions from the first movie as “Why does Elsa have magical powers?” “Why was Anna born without powers?” and “Where were their parents when their ship sank?”

Idina Menzel returns to voice Elsa. Kristen Bell is back as Anna. And again we have Josh Gad as Olaf and Jonathan Groff as Kristoff.

Kristen Anderson-Lopez and Robert Lopez followed their success from the first film to write a spate of new songs for this sequel. Among them: “Into the Unknown,” “Some Things Never Change,” “All Is Found,” “When I Am Older,” “Lost In the Woods,” “The Next Right Thing” and “Reindeer(s) Are Better Than People.”

As you’ll recall, the “Frozen” stories are inspired by Hans Christian Anderson’s fairy tale, “The Snow Queen.” Producer Peter Del Vecho says, “‘The Snow Queen’ is a pretty dark tale and it doesn’t translate easily into film. For us the breakthrough came when we decided to make the Snow Queen Elsa and our protagonist Anna sisters … that gave a way to relate to the characters in a way that conveyed what each was going through and that would relate for today’s audiences … ‘Inspired by’ means exactly that. There is snow and there is ice and there is a Queen, but other than that, we depart from it quite a bit.”

The chemistry between Elsa and Anna is indeed the key. Or it might be more accurate to say, Broadway veteran Mendez and movie actress Bell. When they sang “Wind Beneath My Wings” together at an audition, that synched the casting. Co-director Jennifer Lee remembers, “They sung it like sisters … and there wasn’t a dry eye in the house after they sang.”