This image released by Paramount Pictures shows Sonic, voiced by Ben Schwartz, in a scene from “Sonic the Hedgehog.” 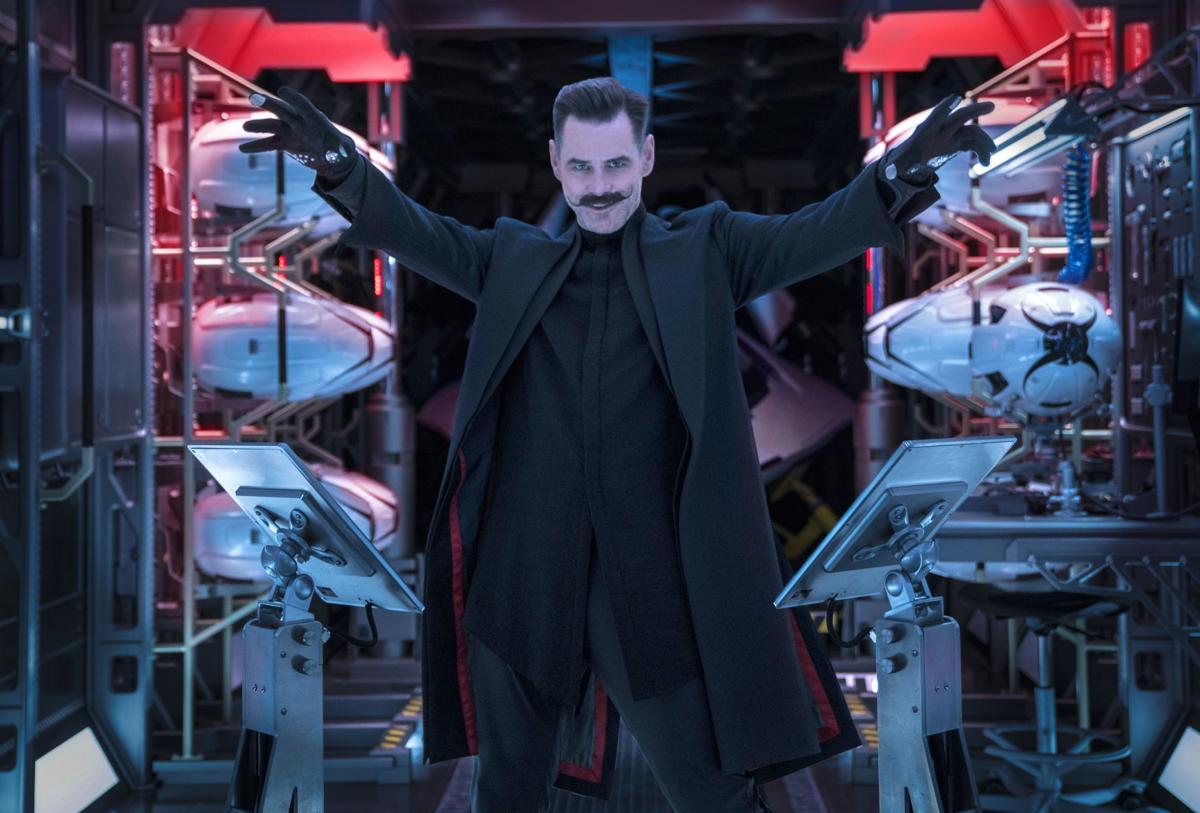 This image released by Paramount Pictures shows Jim Carrey in a scene from “Sonic the Hedgehog.”

This image released by Paramount Pictures shows Sonic, voiced by Ben Schwartz, in a scene from “Sonic the Hedgehog.”

This image released by Paramount Pictures shows Jim Carrey in a scene from “Sonic the Hedgehog.”

You’ve probably played the video game called “Sonic the Hedgehog.” In it, a big-eyed cartoon version of a blue anthropomorphic hedgehog (okay, he looks more like a cat to me) races about the screen, helping you advance the game play. Actually, there are three hedgehogs to choose from – Sonic, Shadow, and Silver.

Now we have a “Sonic the Hedgehog” movie.

According to the storyline, Sonic comes to earth to perfect his super speed, but becomes a target for an nogoodnik government roboticist (wacky Jim Carrey). Fortunately, Sonic gets help from a Montana small-town sheriff (James Marsden).

For the movie, Sonic is voiced by Ben Schwartz, rather than Roger Craig Smith (the longtime voice in the video games).

Fans had a negative backlash to the film’s original trailer. Sonic had been redesigned, with human teeth and more muscular legs. The producers rushed back into the studio to correct this misstep. They didn’t want to face a similar reaction that movie goers had to “Cats.”

As executive producer Tim Miller said, “Look, I was with fans and so was Jeff. When the (blank) hit the fan, I went over there and said, ‘The most important thing to do, man, is say, ‘I (blank)ed up.’” He added, “This is a franchise, and it has to be great.”

Star villain Jim Carrey was more philosophical. Admitting he doesn’t quite know how he feels about the audience having a say-so in the redesign, he shrugged, “It’s gonna happen how it happens. It’s either going to be a good thing or a bad thing.”