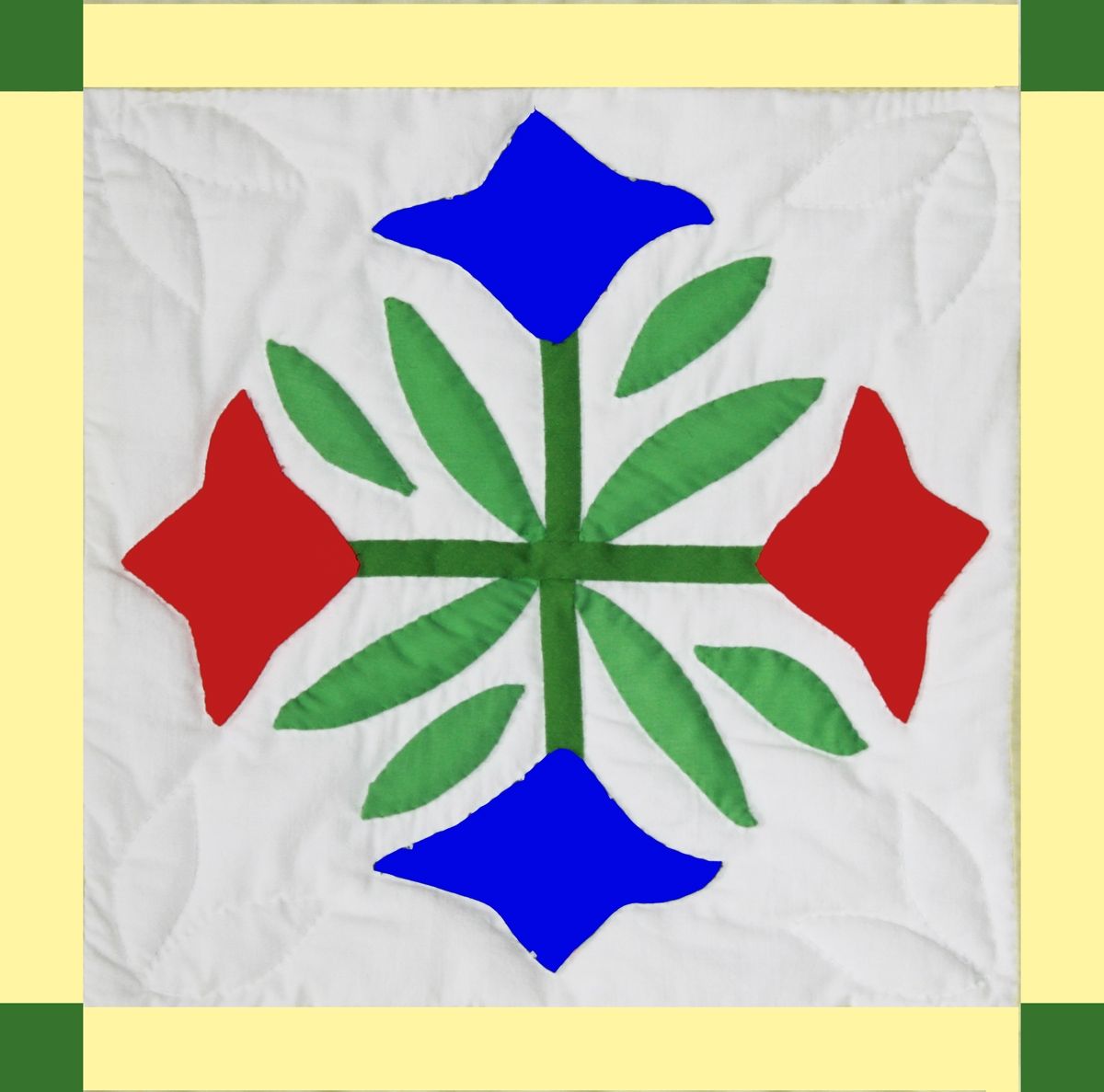 “Twinkling Tulips” will be unveiled at Evans Jewelers & Gallery Sunday afternoon as part of the Greeneville Quilt Trail. 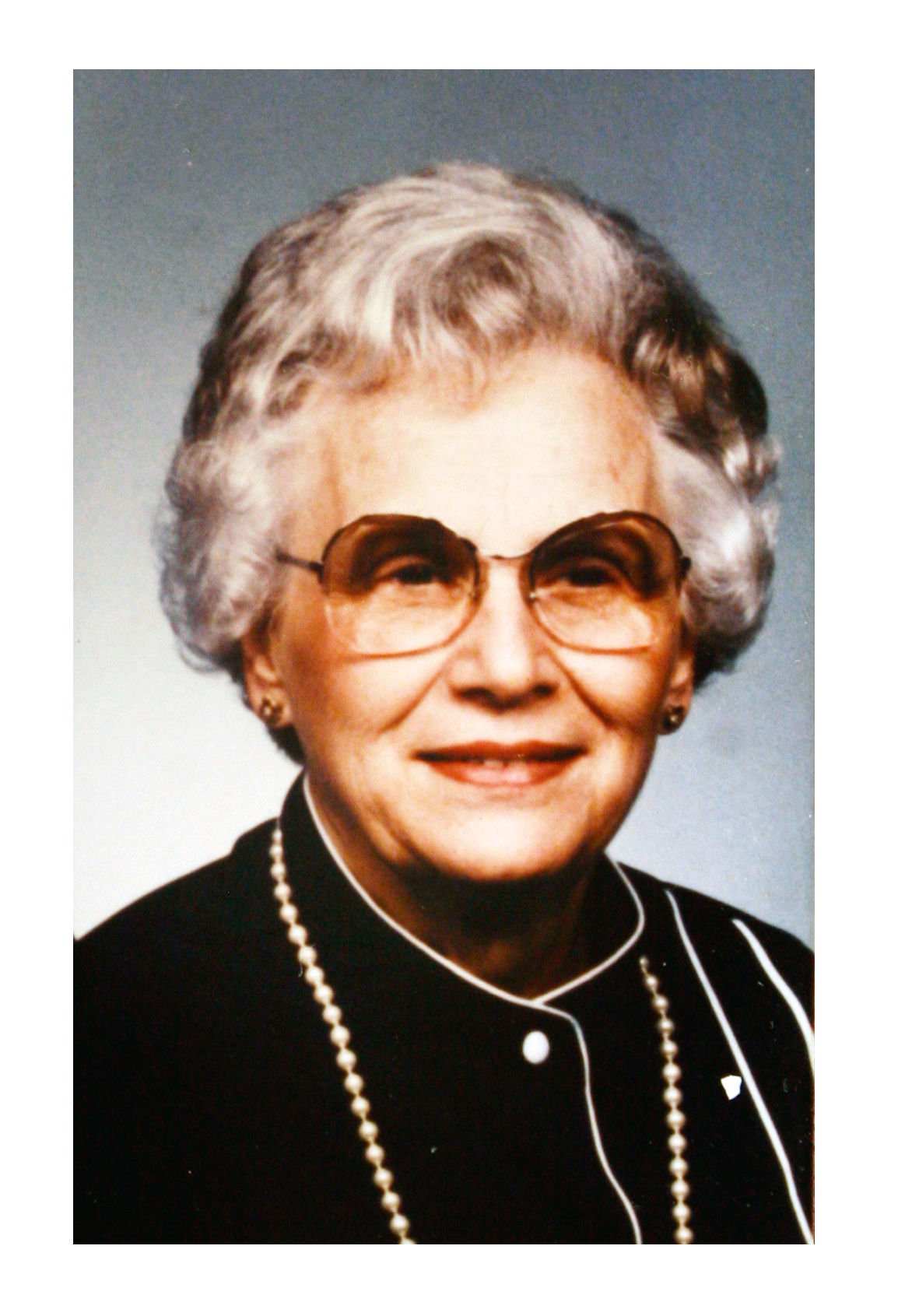 “Twinkling Tulips” will be unveiled at Evans Jewelers & Gallery Sunday afternoon as part of the Greeneville Quilt Trail.

The “Twinkling Tulips” quilt block is the fifth project of the Downtown Greeneville Quilt Trail Project and will be the second block to be installed in 2015. Roughly seven man-hours were spent in the creation of this square.

Evans Jewelers will host the ceremony/reception from 2-3:30 p.m., and light refreshments will be served.

The event is free and open to the public.

The grandchildren of Lynn Cobble Hope are dedicating the “Twinkling Tulips” block in memory of their great-grandmother, Imogene Bible Cobble, the only daughter of Walter Preston (W.P.) and Willie Florence Bible.

Imogene grew up with six brothers in the Raders Sidetrack community of Greene County.

She learned at a very young age to cook, clean and sew. Willie spent her free time making quilts and teaching these skills to Imogene. She was a good teacher, and Imogene a gifted student, a news release says.

According to Lynne Hope, Imogene’s daughter, Willie Florence was very particular. Every stitch had to be a certain “tiny” length and perfectly straight. She was meticulous with every task she tackled. Whether it was quilting, crocheting, tatting, cooking, canning, gardening or cleaning house, she did it to her standard. To say she was exceptional at most anything would be an understatement, and Imogene was a carbon copy of Willie, according to the release.

Born July 8, 1919, Imogene grew up during the Great Depression when families everywhere struggled and had to learn to use every resource available. Therefore, she learned to live off the land.

Her family farmed, raising chickens, cattle and hogs as well as growing and preserving all their own food.

Many of the quilts she and her mother made were crafted from feed sacks.

Willie sewed Imogene’s clothing, another skill that was passed on to her. She was taught the value of every penny and the value of knowing crafts.

At age 13, Imogene met Luther Cobble (age 15), a farm boy from Warrensburg. However, they were not allowed to marry until she turned 18.

He was from a large family and the son of Minnis and Josie Emma Wisecarver Cobble. He had five brothers and six sisters who also learned the value of hard work.

The Cobbles owned a farm, in Mohawk, where they operated a flour mill and, in Warrensburg, a lumber mill where they sawed lumber for other farmers.

It was love at first sight for Imogene and Luther because neither had ever dated anyone else.

She and Luther had many similar interests and hobbies. He was an accomplished knitter, and he knitted a two-piece, pink dress which she wore on their wedding day.

They both loved “old-timey” ways of doing things such as preserving food, making molasses, apple cider, applesauce and corn meal.

Imogene was well known as a professional seamstress, working at Parks-Belk, Frances Frock Shoppe, her own shop at KimEric, and the Tailor Shop. During those years, she continued to quilt, making quilts for each of her six grandchildren.

It took five years to hand-stitch a “cathedral window” for her granddaughter, Allison Hope Weems. At the time of her death in 1996, she had nearly completed “Twinkling Tulips” for her grandson, Wes Hope. Her husband had passed away four years earlier.

Until Imogene’s home was sold, the answer to how Wes’ quilt would be finished was not answered. Judy and Tim Flint from Michigan purchased the house. She was an exceptional quilter and seamstress, and he was an accomplished knitter and weaver. They both were master gardeners.

Lynne Hope knew that Judy Flint would stitch the same tiny beautiful stitches as Imogene did, and she asked her to finish her mother’s quilt. Without hesitation Judy agreed and did, according to the release.

Finally, Imogene’s last quilt was given to Wes and his bride, Holly.

“God certainly works in mysterious ways. Our family is humbled and honored, as would Imogene be, to have a replica of her quilting artwork on permanent display in downtown Greeneville where she worked and stitched thousands of stitches for well over 35 years,” the family said in the news release.

The “Twinkling Tulips” quilt block will be located on a space that spans the top of the first floor of Evans Jewelers & Gallery and the second story of Laughlin, Hood, Nunnally, & Crum P.C. Law Firm which specializes in offering legal services to individuals and businesses throughout northeast Tennessee. The law firm office entrance is located at 100 S. Main St.

The Evans family came to Greeneville in 1982 to work with Imogene’s son, Bill Cobble, and have had a long-standing connection with the family.

Evans Jewelers was established in 1984.

Dick and Barb Evans purchased the building on Depot Street from Chris Saville in 1990 and Evans Jewelers moved from their original Main Street location. The upper two floors of 109 W. Depot St. were purchased by the law firm in 1996.

The Evanses operated their shop as Evans Jewelers for 25 years. Upon Dick’s passing in 2007, the business changed its name to Evans Jewelers & Gallery. Barb is now operating on an appointment-only basis. She continues to specialize in custom jewelry design and repair and can be reached at 972-5646.

In the words of Barb Evans, “We love being a part of downtown and are very honored that this building was chosen to display the ‘Twinkling Tulips’ quilt block.” according to the release.

The production team for the quilt block was led by Holly Hope.

Amy Saxonmeyer, the organization’s artistic director, created the layout and painted the square.

Thanks to the dedicated efforts of Project/Development Coordinator Emily Bidgood, initial funding for the Downtown Greeneville Quilt Trail Project was provided by the Appalachian Resource Conservation & Development Council and a grant from the East Tennessee Art Fund. The Council is responsible for the purchase of all quilt square materials.

Further funding generated through donations are managed by the council and designated for the Downtown Greeneville Quilt Trail Project.

The Downtown Greeneville Quilt Trail Project planning group, designated as a committee of the Greeneville-Greene County History Museum, meets once a month at the museum.

The Downtown Greeneville Quilt Trail committee members expressed appreciation to the Greeneville Light & Power crew for their time and expertise in the installation of this quilt square, according to the news release.

If interested in making a donation, acquiring an application or learning more about the Downtown Greeneville Quilt Trail, please contact the Greeneville-Greene County History Museum during regular business hours at 639-3278 or christinehuss9@msn.com.

The Quilt Trail of upper East Tennessee is also coordinated by the Appalachian RC&D Council whose mission is to improve rural economy and conserve natural resources. To learn more about the trail’s 120 (and growing) squares, visit the QuiltTrail.org website and download the “Follow the QT” Mobile app for iPhone and iPad from iTunes.