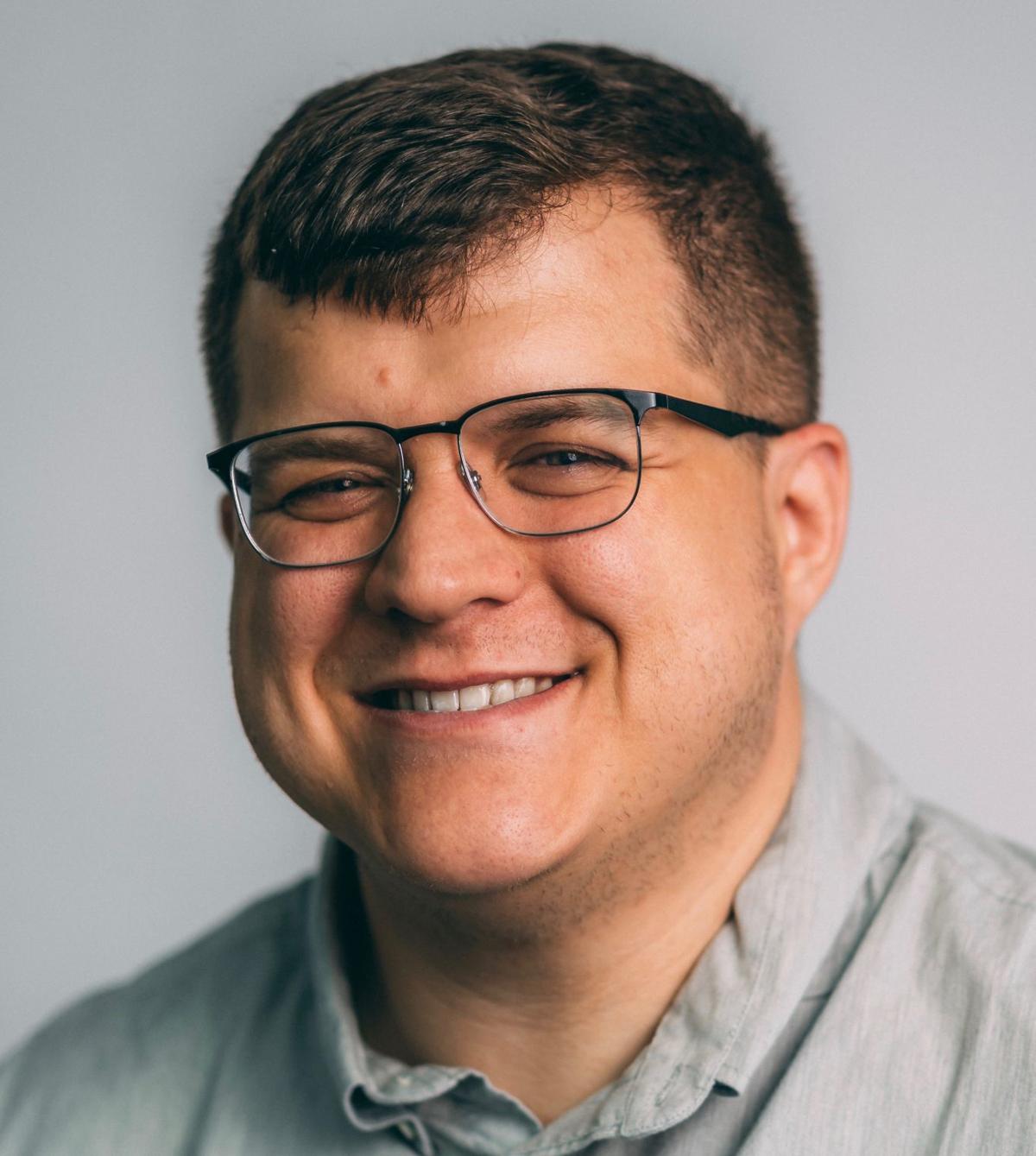 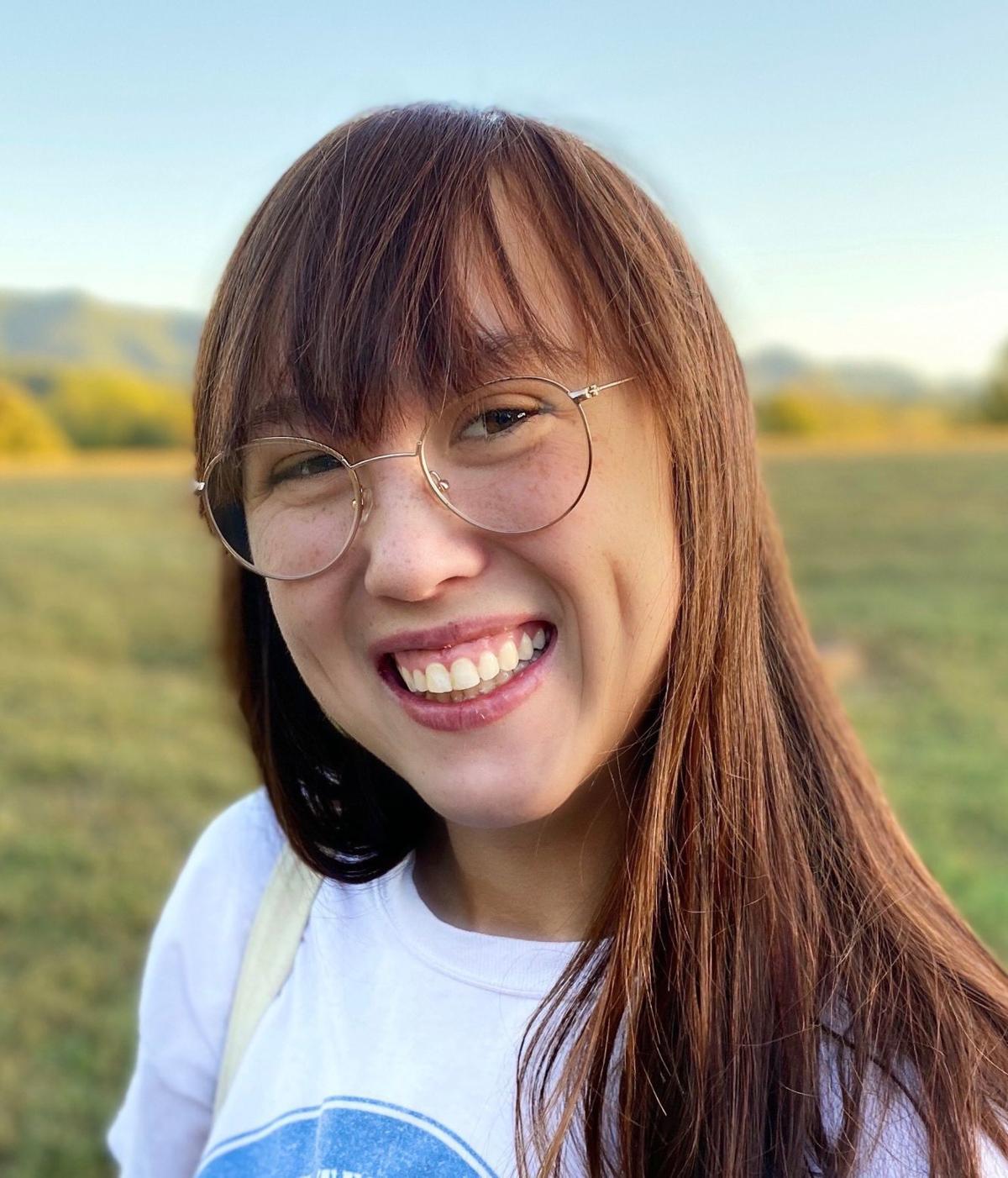 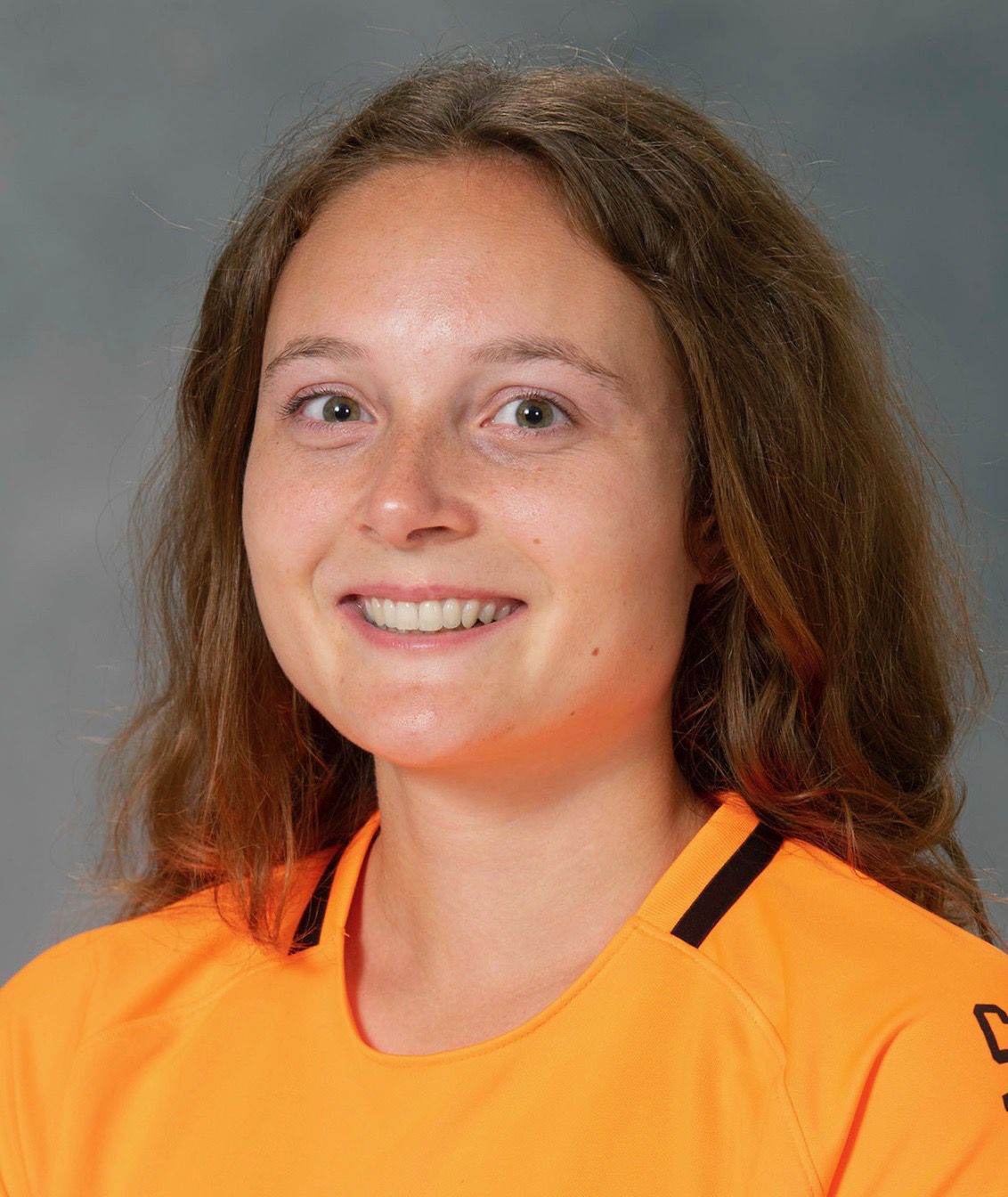 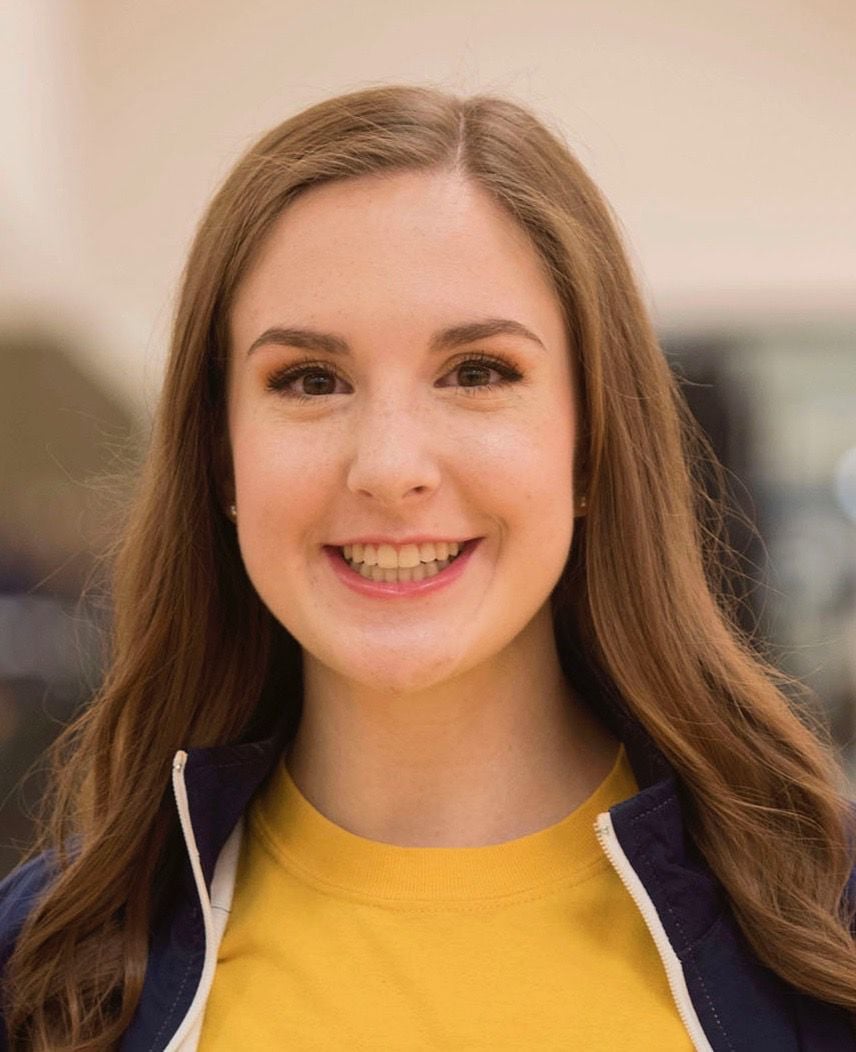 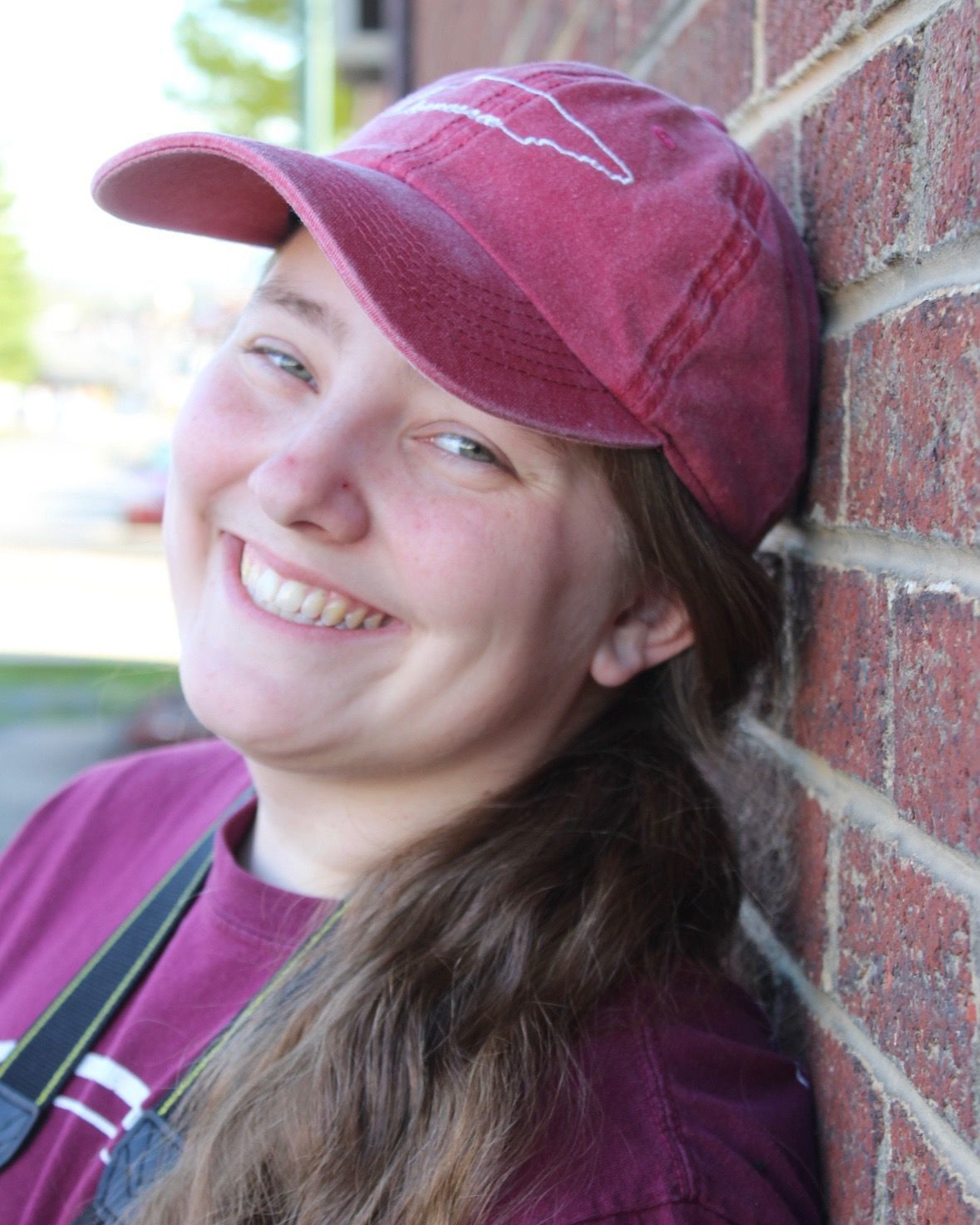 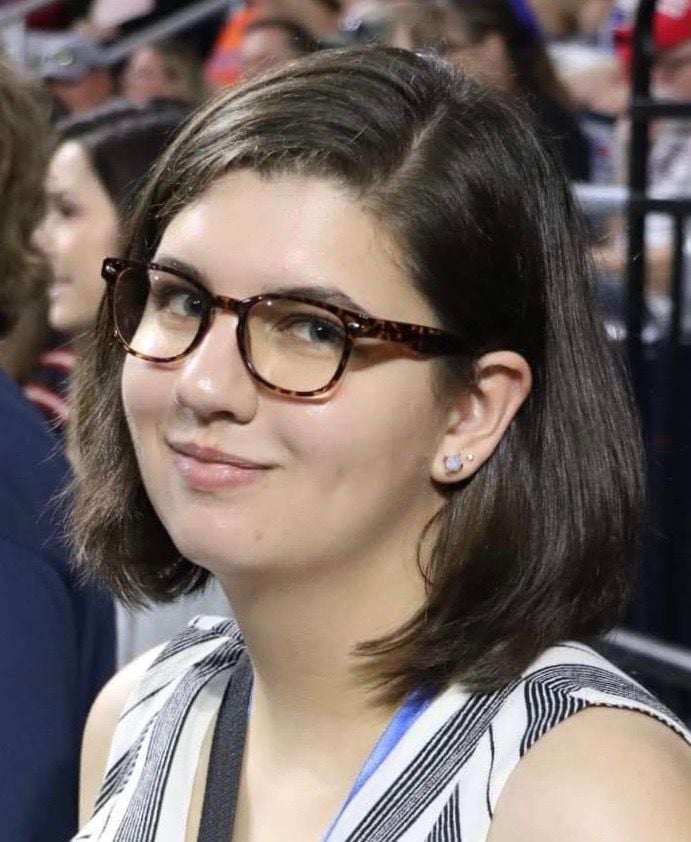 Kirsty McCaughtry, Kate Trabalka and Allison Winters are finalists in the Online Specialized/Topic Reporting Category for their work on “Overlooked in Appalachia.” This new online magazine, produced by the “In-Depth Reporting” class taught by ETSU Department of Media and Communication faculty member Dr. Mimi Perreault, examines issues faced by the Appalachian region and its communities; the first issue focused on the opioid crisis and was published in December 2019. All three writers are majoring in communication with a concentration in journalism and are also reporters for the East Tennessean, ETSU’s student newspaper.

McCaughtry, a junior who hails from Saintfield, Northern Ireland, is minoring in psychology and is a member of the ETSU Buccaneer women’s soccer team.

“My piece was about the Holy Friendship Collaborative, a Christian nonprofit organization that mobilizes churches across the region to address addiction,” McCaughtry said. “I met with co-founder Dr. Andrea Clements (an ETSU psychology professor) to get a deeper sense of what the organization is doing and her involvement with it.

“It was a really great story to work on and really opened my mind,” she continued. “I’m actually not religious so it was interesting to hear how people would use religion to help others who are struggling with addiction.”

Trabalka, a junior from Oak Ridge, is minoring in dance and is co-captain of the ETSU dance team.

“Writing about the opioid crisis, which is so prevalent in our region, was very challenging, but extremely rewarding,” she said. “Dr. Perreault really pushed us to dig deeper into our research and writing, and it was honestly a turning point in my journalism education. I am proud of the content my classmates and I created, and knowing that our hard work was recognized is amazing.”

Trabalka is also a finalist in the News Story category for her story, “Monarch bus route drives traffic debate,” which was published in the East Tennessean on Nov. 25, 2019.

“I wanted to challenge myself by investigating a complex campus issue,” she said. “It pushed me to see what I was capable of, and I am so grateful for the experience I have gained through my work with the East Tennessean that I will be able to carry into my future career.”

Winters, a junior from Old Hickory, is minoring in creative writing and American Sign Language in the ETSU Department of Literature and Language.

For her work in “Overlooked in Appalachia,” Winters chose to examine how the Holston Conference of the United Methodist Church was addressing the opioid issue after it was a major topic of discussion during the church’s 2019 General Conference.

“This publication challenged my creative limits and abilities and taught me so much about journalism,” said Winters, who also credited the students in Perreault’s “Editing” class for their collaborative work in editing the “In-Depth Reporting” students’ writing and creating the page layout for “Overlooked in Appalachia.” “I never would have expected to be honored with any recognition for this work. I never expect anything I write to receive much recognition, because that’s not the point of writing to me. I write so other people’s voices can be raised up, not for my own praise.”

In addition, Jessica Dunker and Raina Wiseman of the East Tennessean and Jesse Denney of The Edge 89.5 HD4 are finalists in the Radio Newscast category for their work on “The ET Echo,” a collaborative news show produced by these two student-run news outlets. This abbreviated news report is written and recorded in The Edge’s studio by East Tennessean staff and edited by The Edge staff.

Wiseman, East Tennessean executive editor and a graduate student in brand and media strategy from Altamont, North Carolina, said she and Denney blended his interest and skills in broadcasting and hers in news to launch “The ET Echo” last August.

“It’s an honor for such a new project like ‘The ET Echo’ to be recognized at this level,” she said, “because it was up against more established work at other universities. The award really goes to everyone at the East Tennessean and The Edge 89.5 HD4 who has worked on the show and made it possible. It is truly a team effort every week.”

Dunker, a graduate student in ETSU’s master of arts in teaching program from Loudon, is a former executive editor of the East Tennessean and has continued to write for the paper after earning her bachelor’s degree in English with a minor in creative writing at ETSU.

“Working with ‘The ET Echo’ in collaboration with the paper was a new experience for me, and I had a lot of fun doing it,” she said. “I never expected that work to be considered as a finalist, but I’m humbled to know someone took notice. It’s ironic that I found myself doing radio, because my dad hosted the radio station back in the early ’90s when he was at ETSU.”

Denney, of Greeneville, graduated in December 2019 with an M.A. in brand and media strategy and works as a photographer and a freelance marketing specialist and graphic designer.

“‘The ET Echo’ is one of my favorite things that I had the chance to help create during my time at ETSU,” he said. “Student media at ETSU had been siloed for so long, and I think our work with the East Tennessean really proved what we can do when we work together.”

“Seeing the students’ work honored on a state level is especially gratifying,” said Don Armstrong, ETSU director of Student Media and adviser to the East Tennessean. “I get to see their great work on a daily basis, and it’s really rewarding to see their efforts recognized in a larger setting.

“There is great teamwork on display in those recognitions. Our students are doing stellar work. I consider it a privilege to get to be a small part of it.”

The Edge 89.5 HD4 is advised by Candy Bryant, a multimedia specialist and equipment manager in the Department of Media and Communication.

All finalists are in the running for first-, second- and third-place honors. Winners will be announced at a later date following the cancellation of the Tennessee AP Broadcasters Media Editor Awards Ceremony, which was to have been held April 25 in Nashville, due to the new coronavirus.