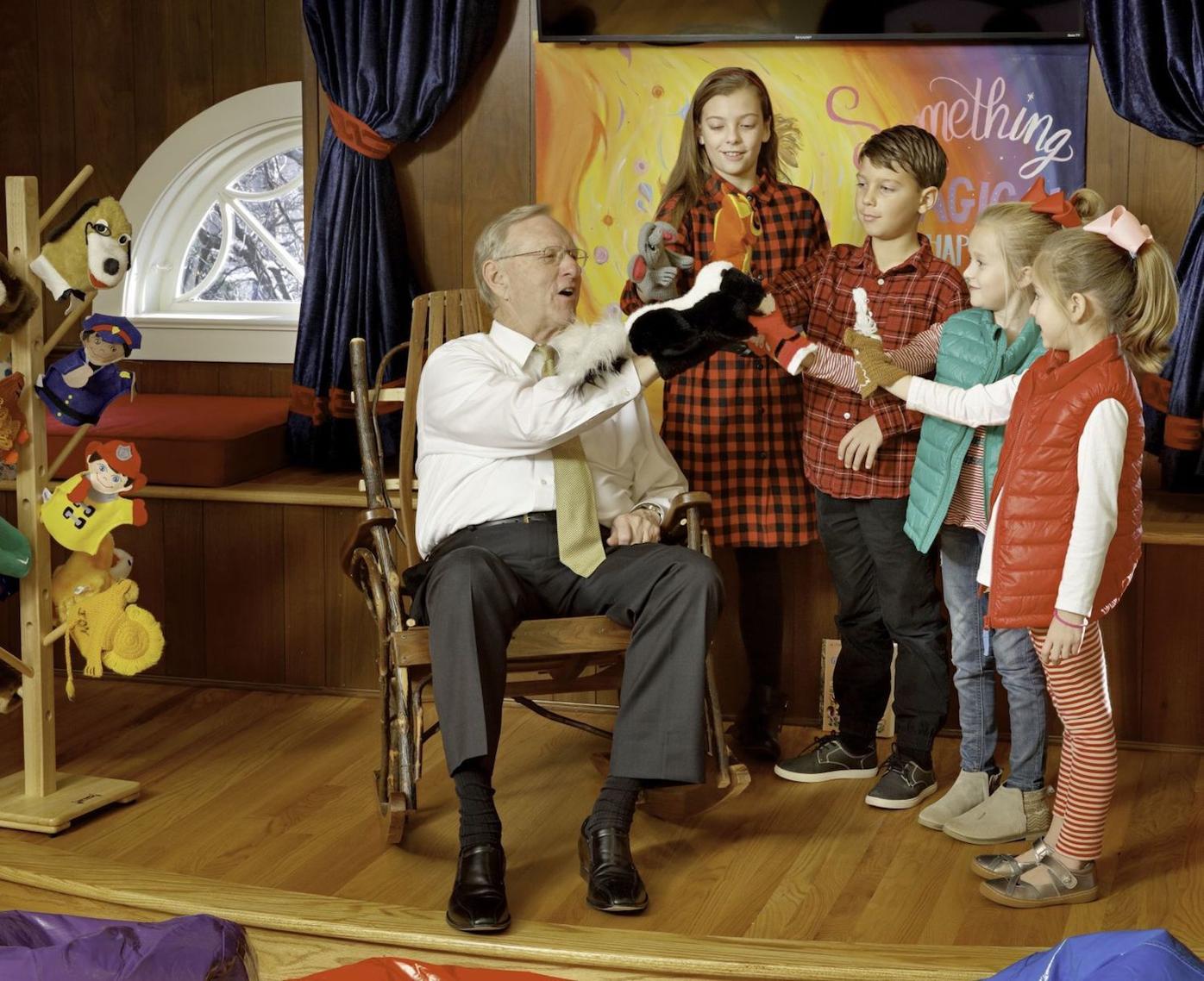 Niswonger Foundation founder Scott Niswonger entertains with a puppet in the space created to inspire reading and literacy in the foundation’s newly renovated offices. Niswonger has been named to the inaugural class of the Tennessee Independent Colleges and Universities Association Hall of Fame. 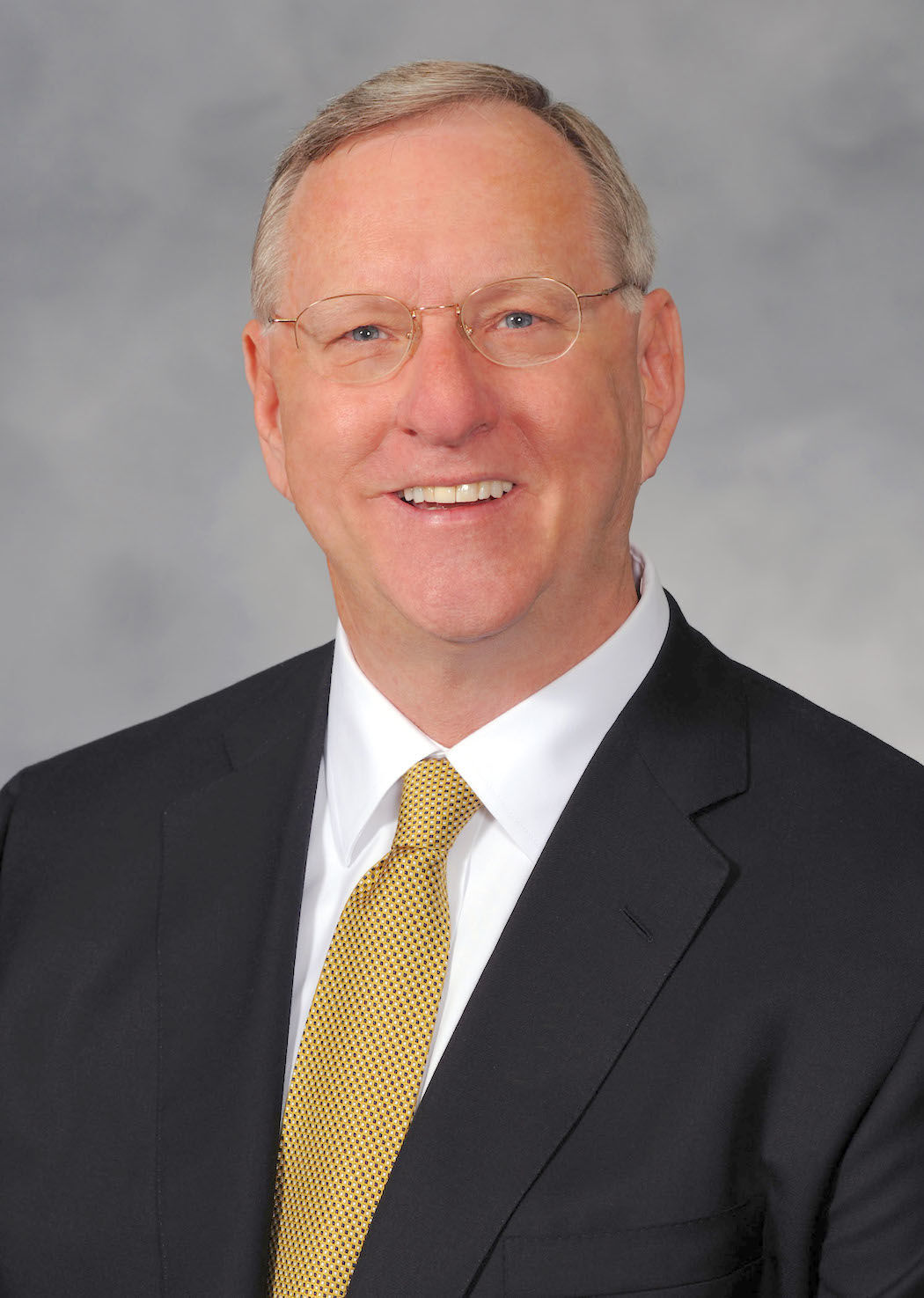 Niswonger Foundation founder Scott Niswonger entertains with a puppet in the space created to inspire reading and literacy in the foundation’s newly renovated offices. Niswonger has been named to the inaugural class of the Tennessee Independent Colleges and Universities Association Hall of Fame.

NASHVILLE – Dr. Scott Niswonger, a Tusculum University alumnus and board of trustees member who has built highly successful companies and transformed the lives of children and young adults through extensive philanthropy, has been named to the inaugural class of the Tennessee Independent Colleges and Universities Association (TICUA) Hall of Fame, a press release from Tusculum said.

Co-founder of Landair Services and the creator of Forward Air Corp., Niswonger has played an integral role in the growth and market position of these two companies, which today have sales of more than $2 billion. As a philanthropist, he has donated more than $60 million to Tusculum, created the Niswonger Foundation and served as the stimulus for and major benefactor of Niswonger Children’s Hospital in Johnson City. He has also contributed to cultural enrichment with his advocacy and financial support for performing arts centers in Greeneville and Van Wert, Ohio, his hometown, the release said.

“Dr. Niswonger is one of the most accomplished businessmen and philanthropists in Tennessee, but his influence and generosity extend well beyond our state’s borders,” said Dr. Scott Hummel, Tusculum’s president. “He has demonstrated remarkable business leadership and profoundly impacted people’s lives for the better, all while remembering his roots. We are proud he is an alumnus and board member and thank him for his vision, which has strengthened Tusculum considerably.”

TICUA created the Hall of Fame to honor distinguished alumni of its 35-member institutions while highlighting their contributions to the state, nation and world. Others joining Dr. Niswonger as the first Hall of Fame entrants include the late civil rights icon John Lewis, Pulitzer Prize-winning author Jon Meacham and U.S. Sen. John Boozman, R-Ark.

Niswonger said he is grateful to be selected for the Hall of Fame.

“Whatever success in business I’ve achieved, I owe in large measure to others, including educational institutions such as Tusculum,” he said. “I am extremely fortunate to have the opportunity to invest in children and young adults in such a meaningful way. Today’s youth are tomorrow’s leaders, and if we can address their pressing health needs and provide programs and facilities that prepare them to be career-ready professionals, we are accomplishing really important missions.”

After graduating from Purdue University in 1968, Niswonger moved to Greeneville as the corporate pilot for Magnavox Co.’s president. In 1973, he started a cargo airline, General Aviation Inc., and after selling it, he became vice president of North American operations for Flying Tiger Lines. Then he transitioned to Landair and Forward Air, which became the first two companies to be taken public in the 224-year history of Greene County, the release said.

Niswonger’s connection with Tusculum began in the 1980s after he sold General Aviation and was entering the next phase of his career. He held a degree in aviation technology from Purdue but had not taken accounting, finance or marketing courses. According to the release he contacted Tusculum to learn whether he could just audit those courses and was told if he took them and three other courses for credit, he could earn a bachelor of science in business administration.

“I’ve looked at a lot of balance sheets over the past 40 years, and the accounting and finance courses gave me a good basis for understanding those principles,” Niswonger said. “The program was geared toward working adults, and the flexibility enabled me to maintain my busy daily schedule and enhance my skill set. That began my love for what was then Tusculum College and today is Tusculum University.”

After he graduated from Tusculum in 1986, Niswonger was invited to become a member of the board of trustees. As he learned more about the university, he realized Tusculum had many needs for it to grow and meet various requirements. During his 30 years on the board, the release said Niswonger has stepped forward with his financial resources to support expansion and renovation of the Thomas J. Garland Library, construction of the Scott M. Niswonger Commons and major upgrades to athletic facilities.

Another major educational passion for him is the Niswonger Foundation, which he established in 2001 and is guided by his well-known philosophy of “Learn – Earn – Return.” The foundation focuses on Pre-K through 12th grade school partnerships to ensure rigorous, cost-effective and sustainable educational opportunities with an emphasis on rural public school needs.

The foundation’s scholarship and leadership program is developing the next generation of leaders to serve Northeast Tennessee, the release said. There are currently 20 scholars in universities across America and 81 alumni.

The children’s hospital is the only one of its kind in Northeast Tennessee and Southwest Virginia. It holds one of only eight St. Jude affiliate clinics in the world and offers more than 20 pediatric subspecialties, including pediatric pulmonology, pediatric cardiology, pediatric surgery and pediatric oncology. Niswonger Children’s Hospital is part of Ballad Health, a 21-hospital, 15,000-employee health care enterprise of which Niswonger is a board member.

Niswonger believes exposure to the arts is essential for quality of life, and he has taken the initiative with his support of the two performing arts centers, the release said. Both centers bear the name Niswonger Performing Arts Center. The Greeneville center provides a wide selection of programming, including musical artists in multiple genres and touring theatrical performances. It serves as the primary performance venue for local students participating in band and choral programs and offers school day educational performances benefiting children throughout the region.

“The inaugural class of the TICUA Hall of Fame features a diverse and incredibly impressive group of citizens that our institutions have helped prepare,” said Dr. Claude Pressnell, TICUA’s president. “While you will recognize many of the names, all of these alumni have made significant contributions worth learning about. We are proud to be able to give them just a small portion of the recognition they deserve.”