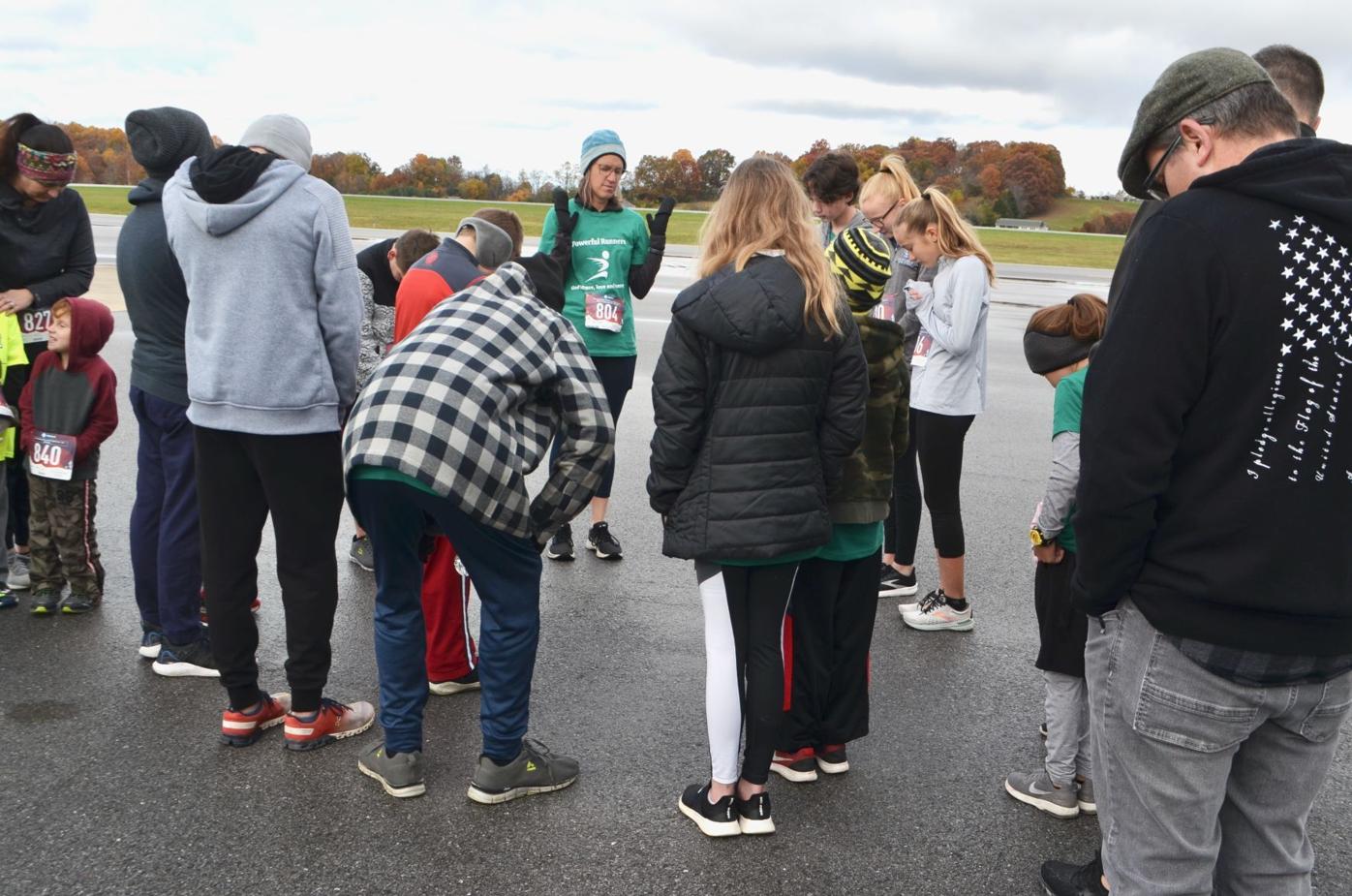 Members of Powerful Runners pray before the Race the Runway 5K on Saturday. 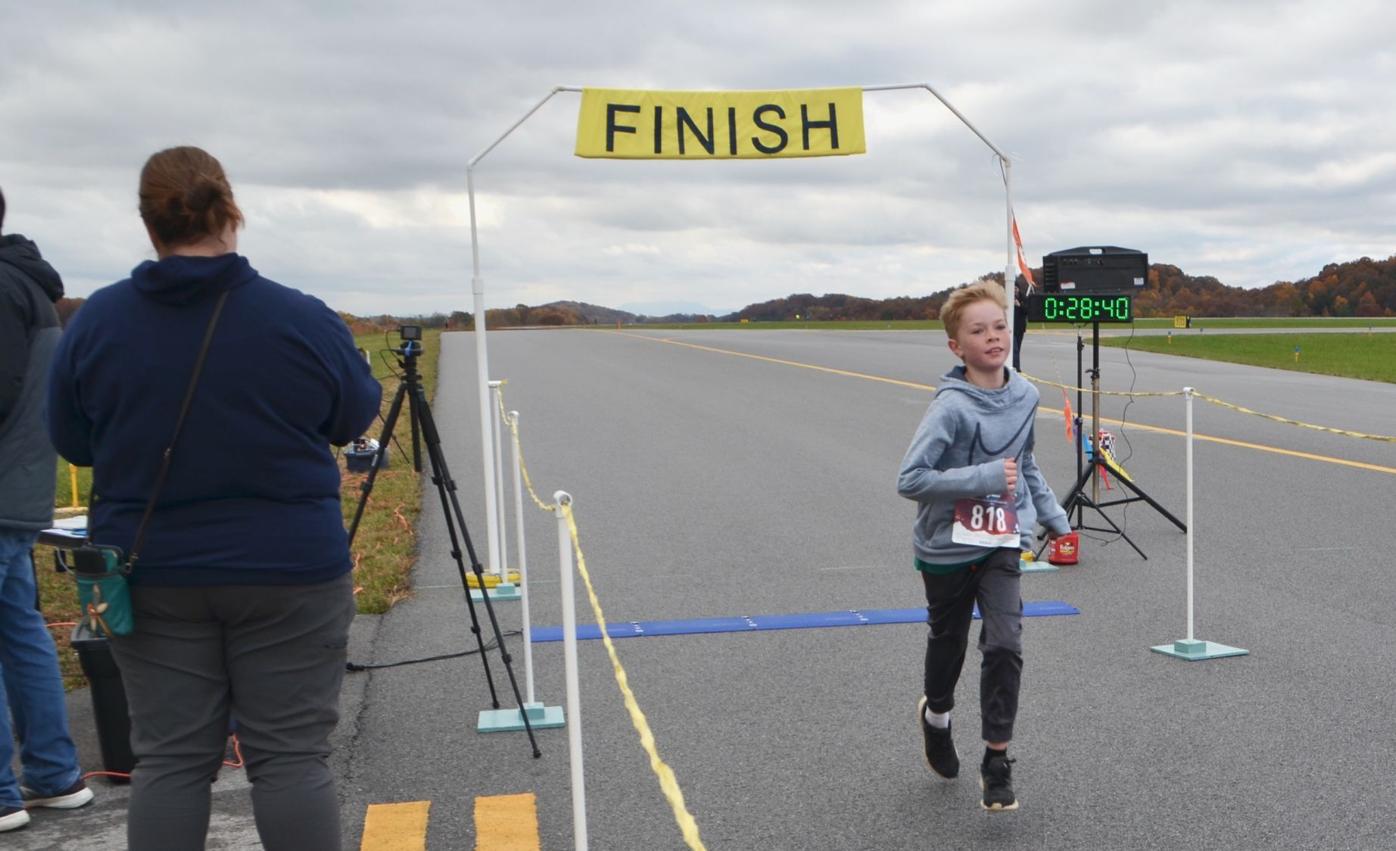 Xavier Gourley, 11, a member of Power Runners, finished a 5K race at the Greeneville Airport on Saturday. It was his first time running in a race, his father said.

Members of Powerful Runners pray before the Race the Runway 5K on Saturday.

Xavier Gourley, 11, a member of Power Runners, finished a 5K race at the Greeneville Airport on Saturday. It was his first time running in a race, his father said.

Powerful Runners is a running club for youth that combines Bible studies with athletics.

“You have to be in the Word to know the Lord and to guard your heart,” said Lisa Ballast, coach of the running club.

She added, “My heart is that (the youth) would have that personal relationship with Jesus, and not just know about Him.”

Powerful Runners is open to runners of all levels of experience – or no experience – in the fourth-12th grades, Ballast stated.

They meet Mondays and Wednesdays from 4-5:30 p.m to run and be discipled spiritually. They usually run at Tusculum Park, but on severely inclement weather days, such as rain or sub-freezing temperatures, they meet for Bible studies at Towering Oaks Christian School.

Ballast, who attends Calvary Chapel Greeneville, began coaching the youth in September 2020, and has continued since then. Rachel Waddell is the assistant coach. The club has about 25 members, both male and female.

Its running season began Sept. 27 and ends Dec. 13. They will start up again in the spring.

On Saturday, 18 members and some of their parents and friends ran in the 5 K on the Runway race at the Greeneville Airport. The sizeable contingent made up about half of the number of people who entered the fundraising race for the local Civil Air Patrol squadron.

The members cheered each other on, encouraging one another in the 37-degree weather.

Ballast said the group’s Bible verse for the current running season is Proverbs 4:23, which states, “Above all else guard your heart, for everything you do flows from it.”

Ballast said the members have a variety of skill levels.

“It’s not about winning, but doing your best; fellowship; and enjoying running. We try to accomodate every level (of ability),” she stated.

Ballast has received some feedback from the youth’s parents about the Bible studies they have every time they gather to run.

“Their parents have told me the Lord is really using the topics I’m bringing up to reach the members at their level with, for example, touching on challenges they’re currently facing.

“Get into the Word,” emphasized Ballast, who added, “I want them to spend time in the Word with the purpose being to learn who God is. I believe that reading the Word is the predominant way He reveals Himself to us.”