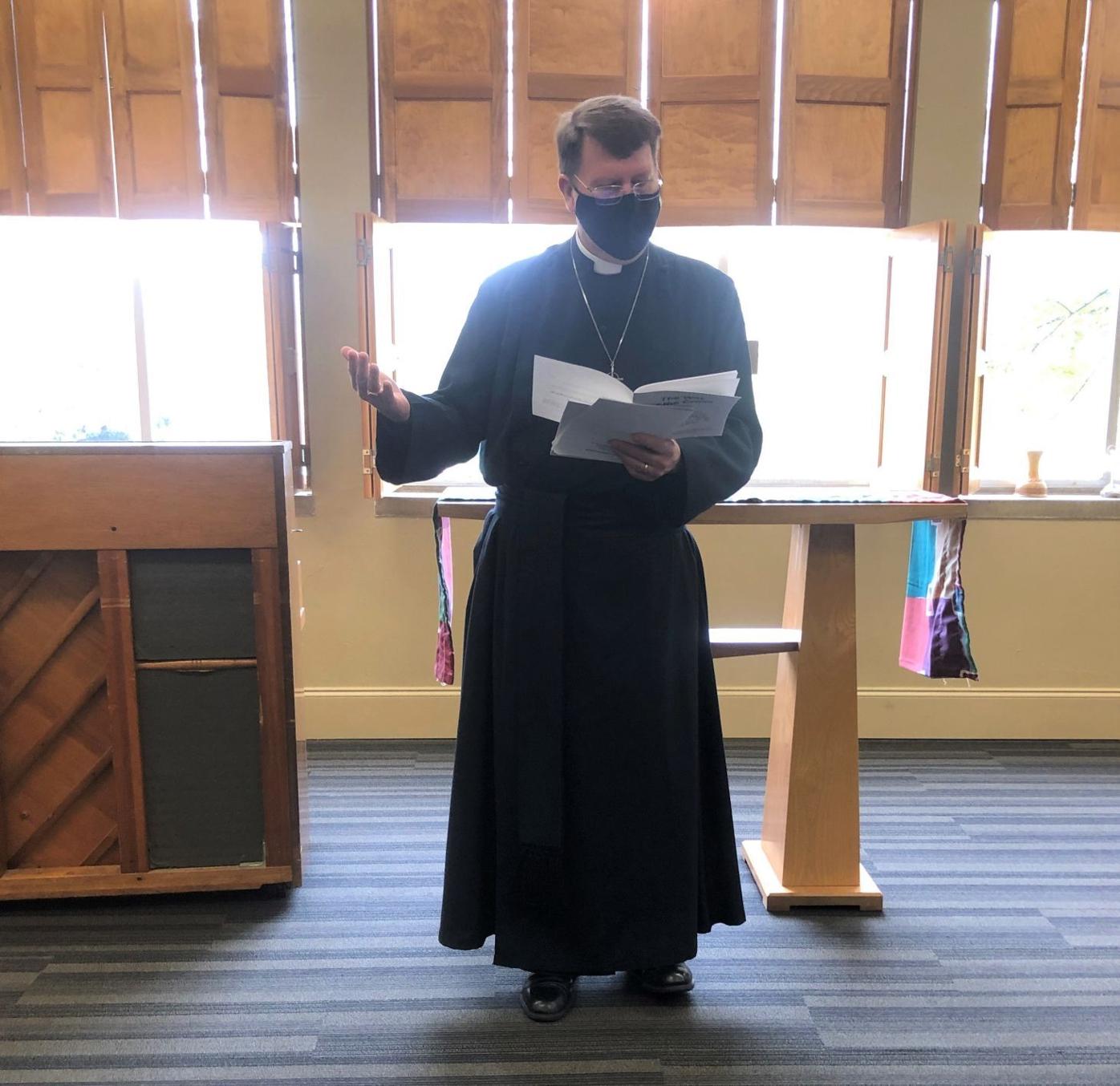 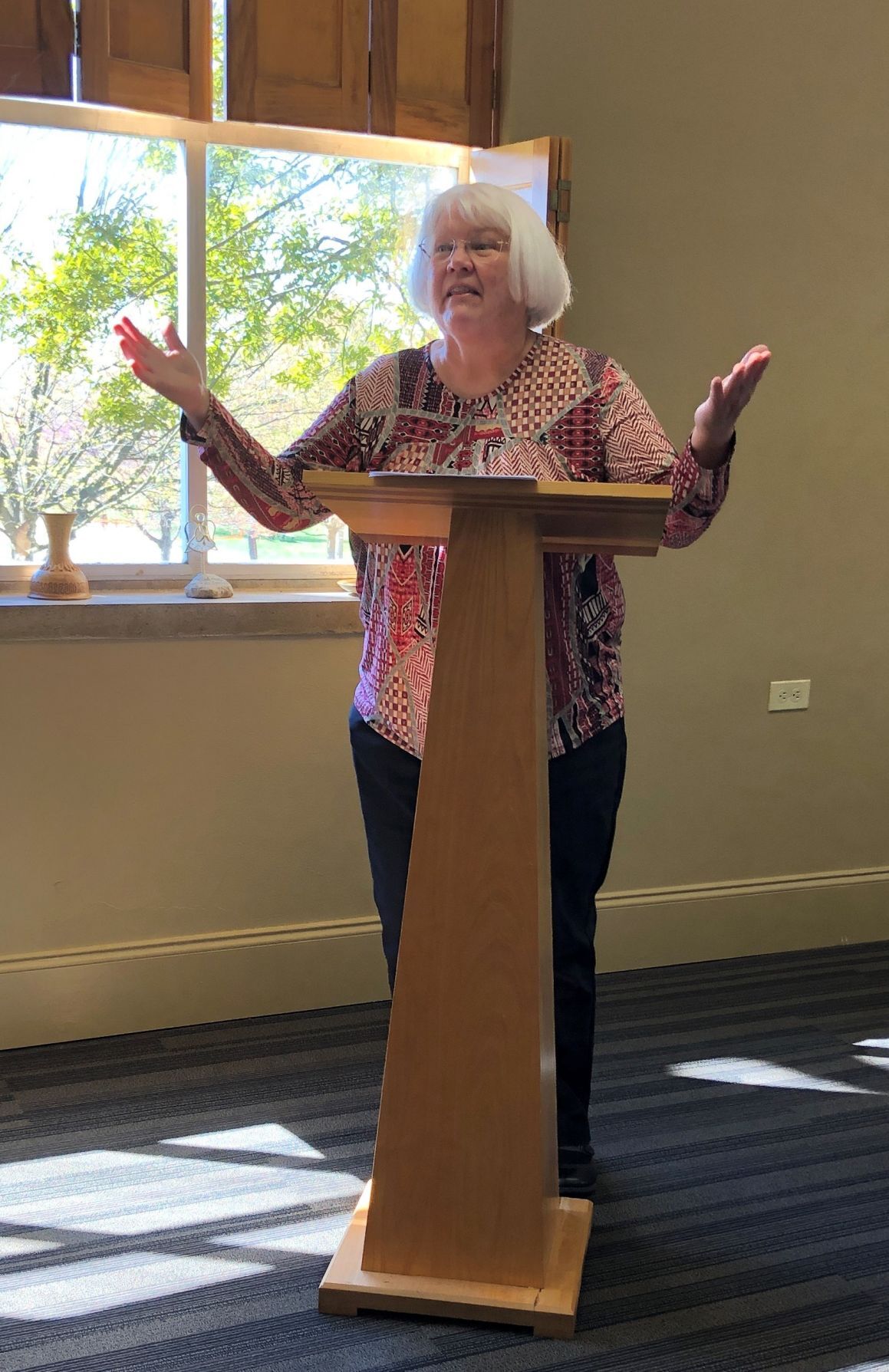 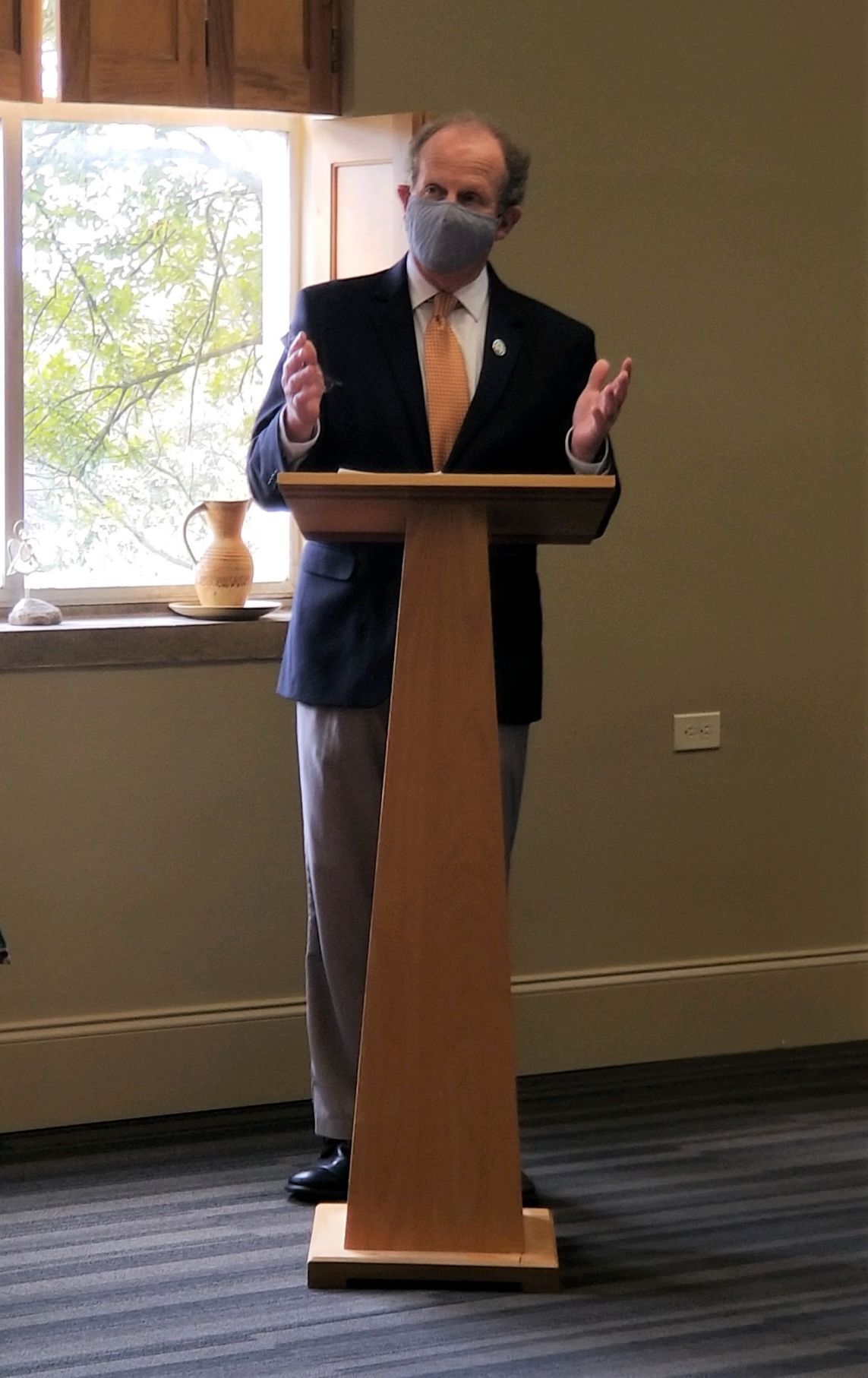 Dr. Dan Donaldson, vice chairman of Tusculum University’s board of trustees and pastor emeritus of First Presbyterian Church in Greeneville, shares his message, “A Pattern,” during Holy Week services. 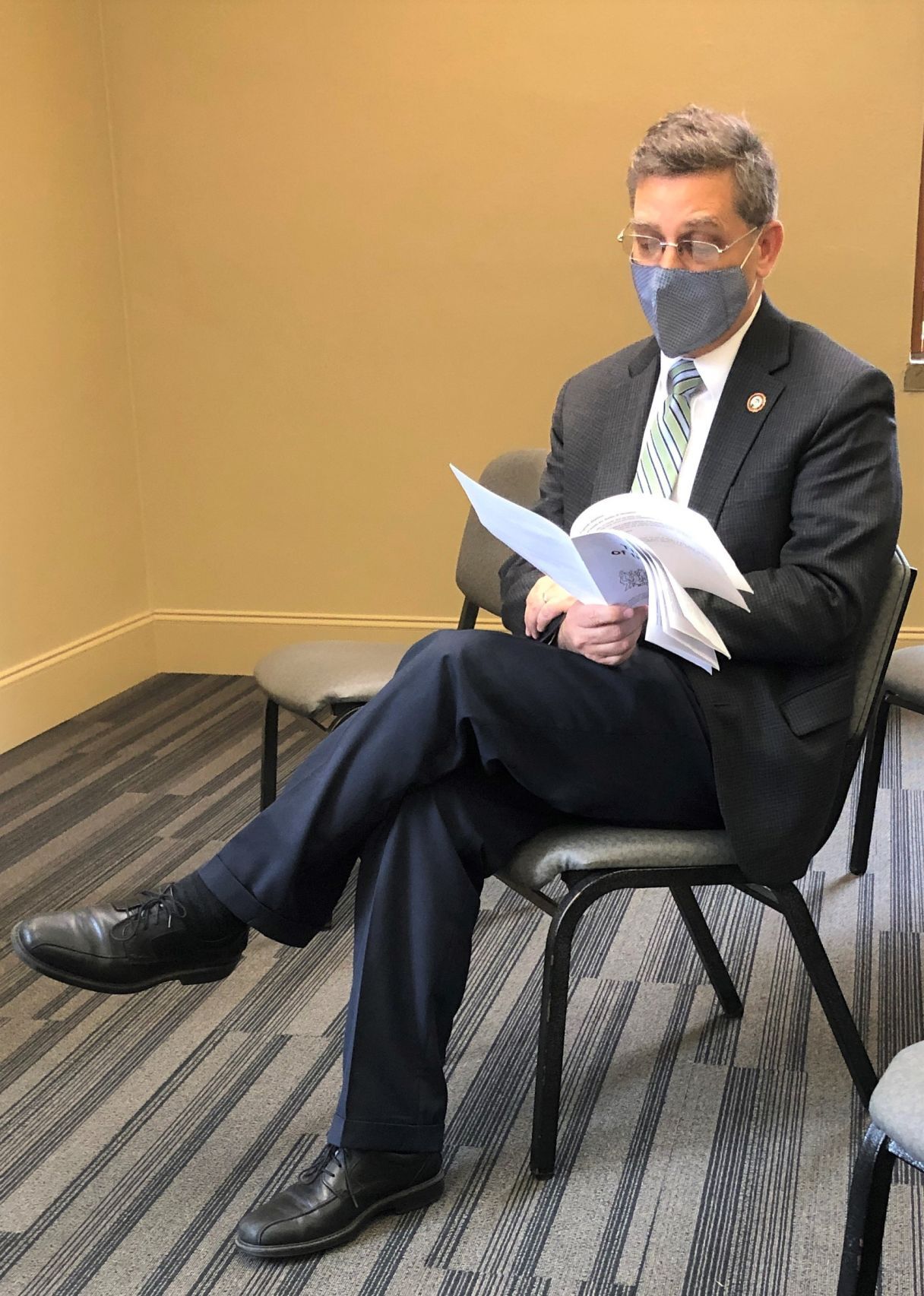 Dr. Dan Donaldson, vice chairman of Tusculum University’s board of trustees and pastor emeritus of First Presbyterian Church in Greeneville, shares his message, “A Pattern,” during Holy Week services.

Preparing for the death and resurrection of Jesus Christ, members of the Tusculum University family embraced this special period to enhance their understanding of these events and deepen their faith.

Tusculum invited its students, faculty and staff to Holy Week services this week on the Greeneville campus. Those who participated heard readings from the Gospel of Matthew, songs and inspirational messages from Tusculum leaders and ministers from the community. Father Ken Saunders, rector of St. James Episcopal Church in Greeneville, led worshipers in the Stations of the Cross.

“Two thousand years ago, the grave injustice of crucifying an innocent man was transformed by God’s grace and power through the resurrection of Jesus Christ,” Hummel said. “God did the impossible by raising Jesus from the tomb, thus defeating the sting of death. The tragedy of his death became good news for all humanity. The hopelessness of our sin gave way to our hope in the resurrection.”

Monday’s biblical passage, read by Dr. Heather Henson-Ramsey, dean of the College of Science, Technology and Math, centered on Jesus praying in Gethsemane as his disciples fell asleep. The song “Go to Dark Gethsemane,” performed by Jill Oberfeitinger, director of academic advising, and a message from Hummel titled “The Spirit is Willing, but the Flesh is Weak” complemented the reading.

Several members of the Tusculum family read during the Stations of the Cross service on Wednesday. The original plan was to hold the service in 14 different spots on the campus, but rain forced the event to be moved into the chapel.

“The Stations of the Cross concentrates on the last hours of Jesus’ earthly life, and it takes us through the arrest, the crucifixion and the laying in the tomb,” Saunders said. “It’s a focus on the acts of salvation that Jesus does for us. What I was trying to accomplish was to bring people into a place of prayer in order to think about those acts and to hopefully reach some lives in a different way.”

In the week’s last service on Thursday, Ken Brewer, assistant professor of psychology, read the passage about Jesus rising from the dead. Jones returned to sing “Just As I Am.” Dr. Dan Donaldson, vice chairman of the Tusculum board of trustees and pastor emeritus of First Presbyterian Church in Greeneville, provided a message titled “A Pattern,” which was based on 17 verses in the Gospel of John about Jesus washing his disciples’ feet.

Holy Week services follow another successful Theologian-In-Residence series, which the university has held for 30 years. One of Tusculum’s next initiatives is raising funds to support the hiring of a full-time chaplain to serve students, faculty and staff in their personal and faith development.

Tusculum has enjoyed a relationship with the Presbyterian Church throughout its history and is the oldest coeducational institution affiliated with that denomination. The university has covenants with the Presbytery of East Tennessee, the Holston Presbytery and the Synod of the Living Waters.