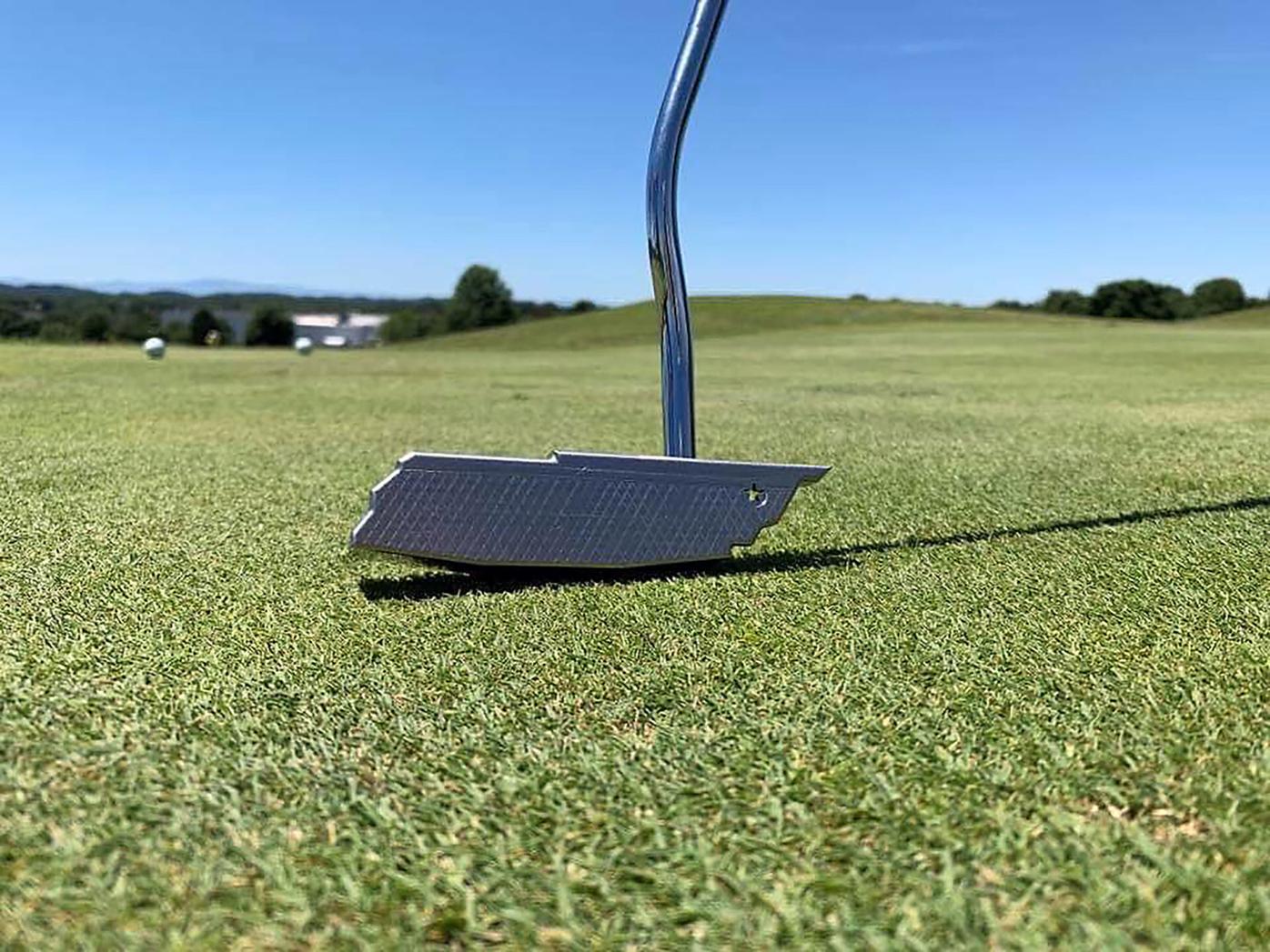 The TCAT Engineering and Design Team designed and fabricated a golf putter shaped like the state of Tennessee, ranking third in the nation for their work.

The TCAT Engineering and Design Team designed and fabricated a golf putter shaped like the state of Tennessee, ranking third in the nation for their work.

The Engineering and Design team at Tennessee College of Applied Technology Morristown, with members from Greeneville, came away nationally ranked at this year’s SkillsUSA National Conference.

From June 24 to 28, students from across the nation came together in Louisville, Kentucky, for the event.

“Students competed in a wide range of extremely competitive technical competitions for the chance to prove they are the best in their field,” said Corey Bishop, a career counselor at TCAT.

In order to qualify for the national competition, participants first had to place first in their field at the SkillsUSA TN State Conference, which was held in April. The purpose of SkillsUSA, according to the website, is to “ensure America has a skilled workforce, help each student excel and provide educational programs, events and competitions that support career and technical education in the nation’s classrooms.”

Edward “Nate” Ballard, of Morristown, and Troy Matthews and Micah Batson, both of Greeneville, earned third-place medals in their category. Their task was to design and prototype a golf putter shaped like the state of Tennessee. Computer Aided Design Instructor Darren Aldred supervised their work.

“The guys were requested to design and fabricate an aesthetically pleasing putter that was functional and met all golfing regulations,” said Aldred. “The guys nailed every aspect of the project and won the gold medal at the SkillsUSA Tennessee State Competition. They refined their design, made four prototypes and competed at the national ... competition, taking the third spot in the nation. I could not be any more proud of this talented group of designers.”

In addition to this recognition, the students were able to prove their technical skills to potential employers.

“This has been such a great opportunity,” said Matthews. “I want to say thanks to Darren Aldred for being such a great instructor and for giving us the tools and opportunity to be successful. Thank you to Sandy Fine and the Machine Tool Technology students for working hard to produce our designs. I also want to thank Morristown Chamber of Commerce President Marshall Ramsey for connecting us with professionals and local golfers to give us feedback on our design.”

Other students who represented TCAT at the national event include Josh Dalton in Collision Repair Technology, Sam Underwood in Aviation Maintenance Technology and Lucas Canter in welding.

“Your design project will make a positive impact at the college for years to come,” said Jerry Young, college president. “Job well done to these hard-working and dedicated students.”