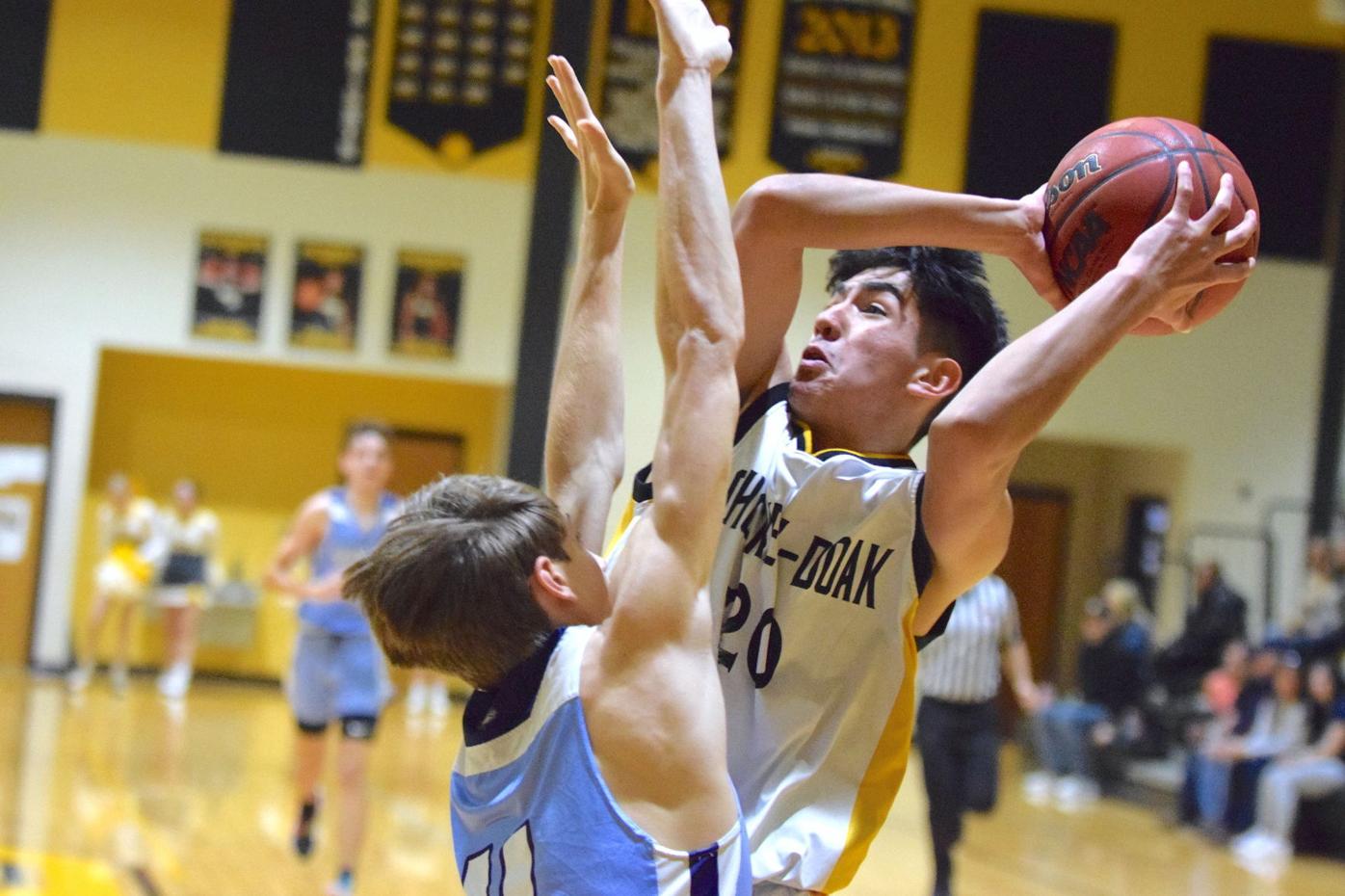 Chuckey-Doak’s Isaiah Treadway (20) goes up for a shot against Hampton’s Cadon Buckles (11) during Saturday’s game in Afton. 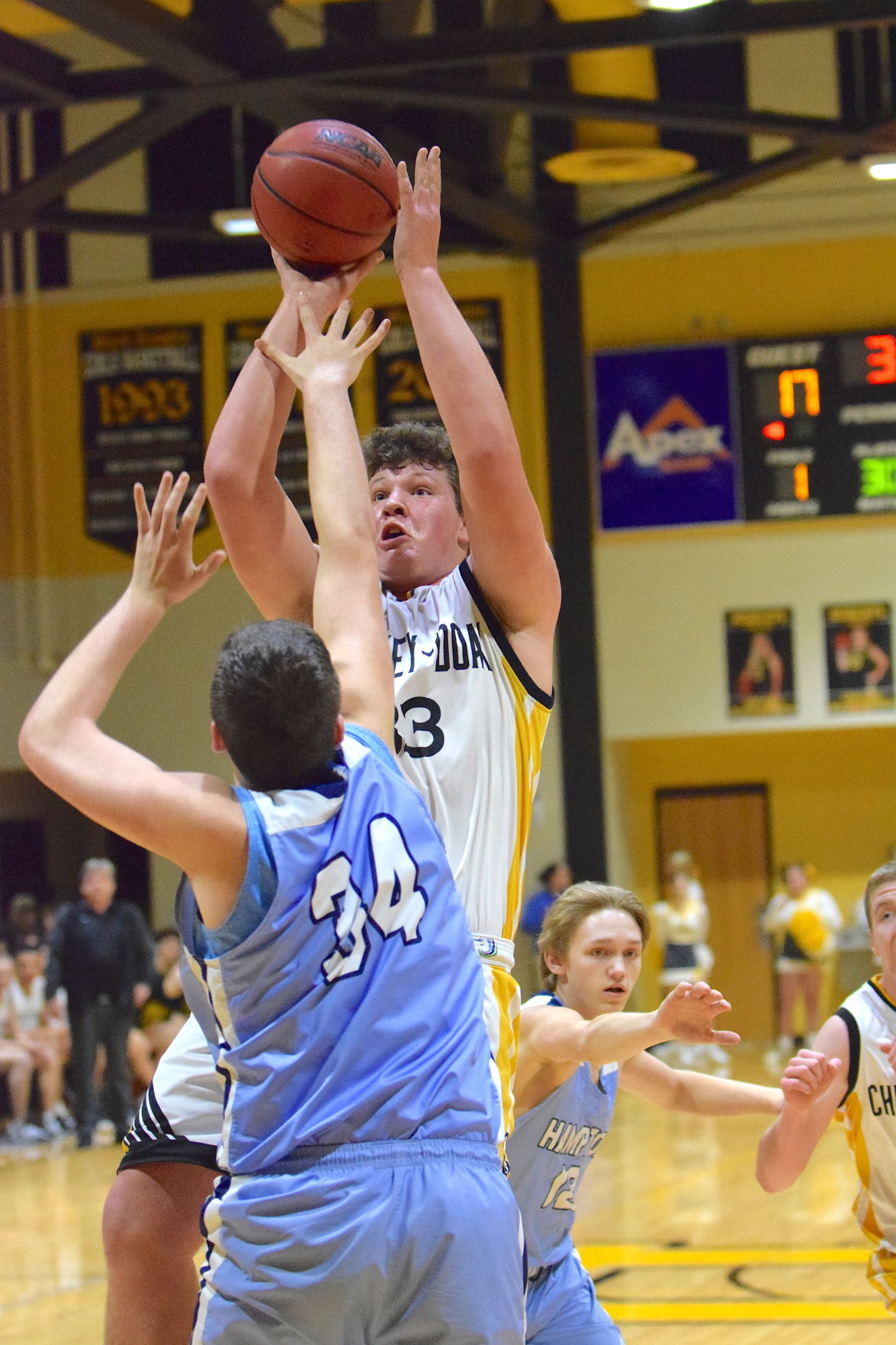 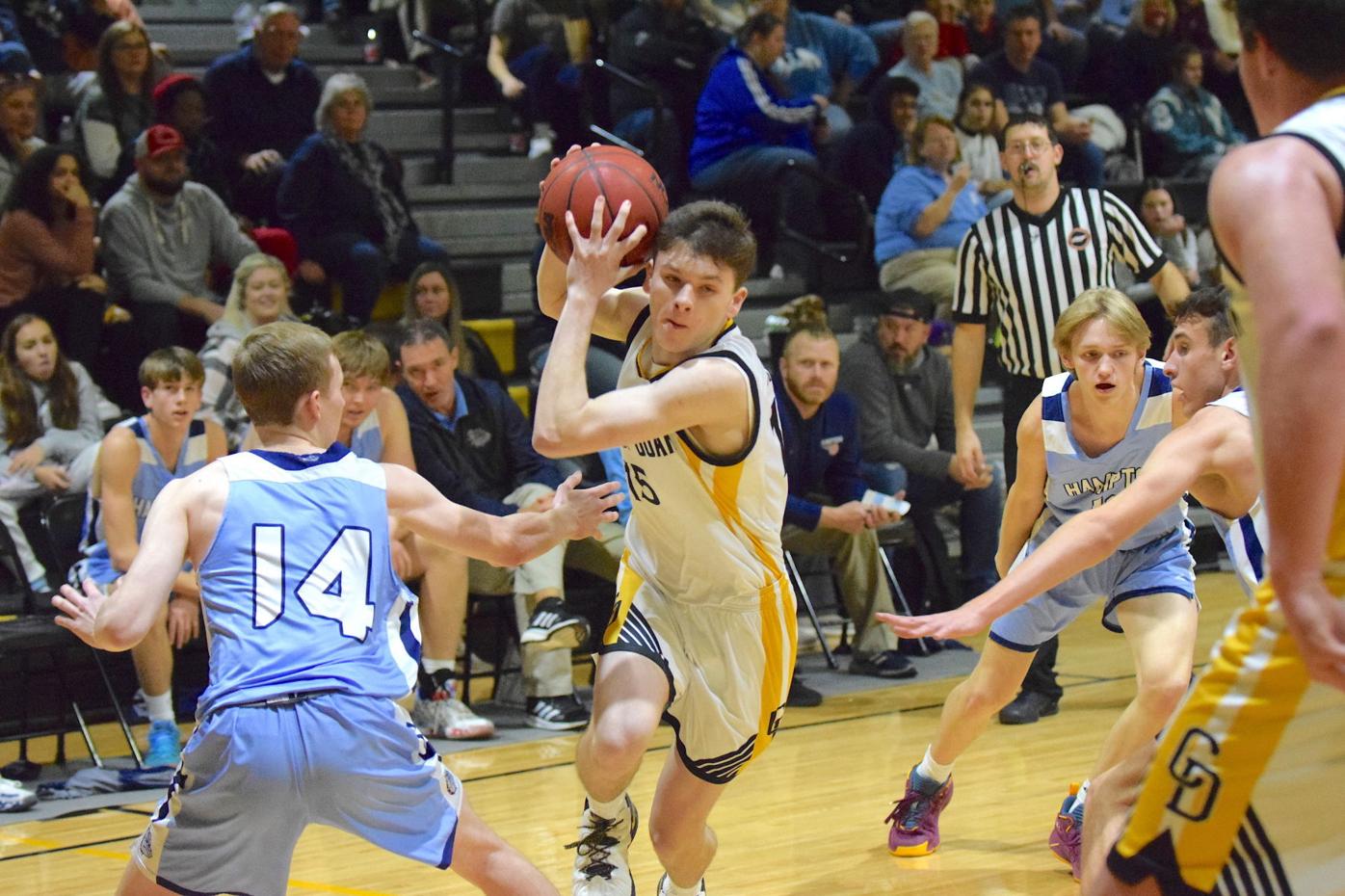 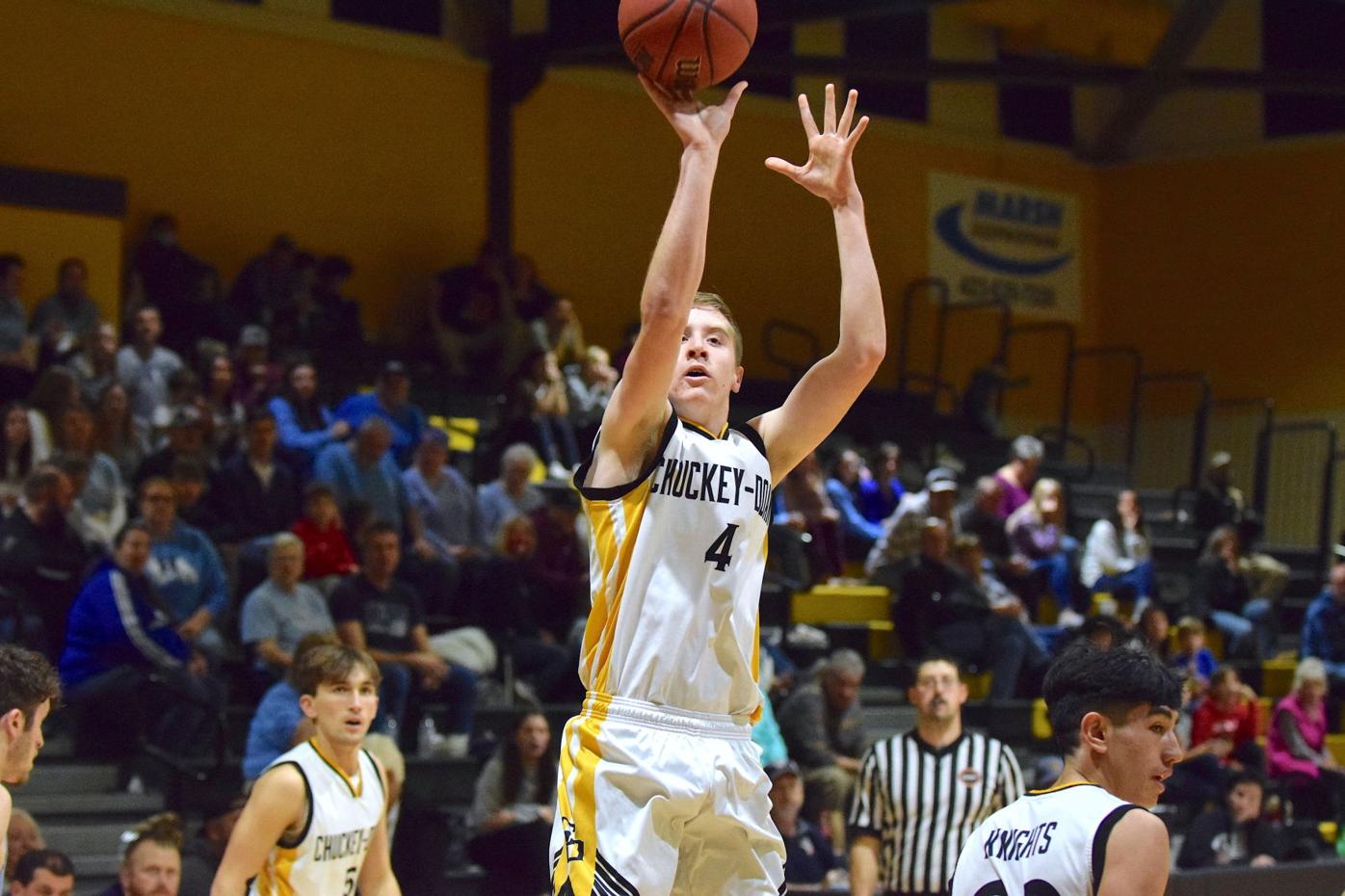 Chuckey-Doak’s Cadin Tullock (4) pulls up for a jump shot. 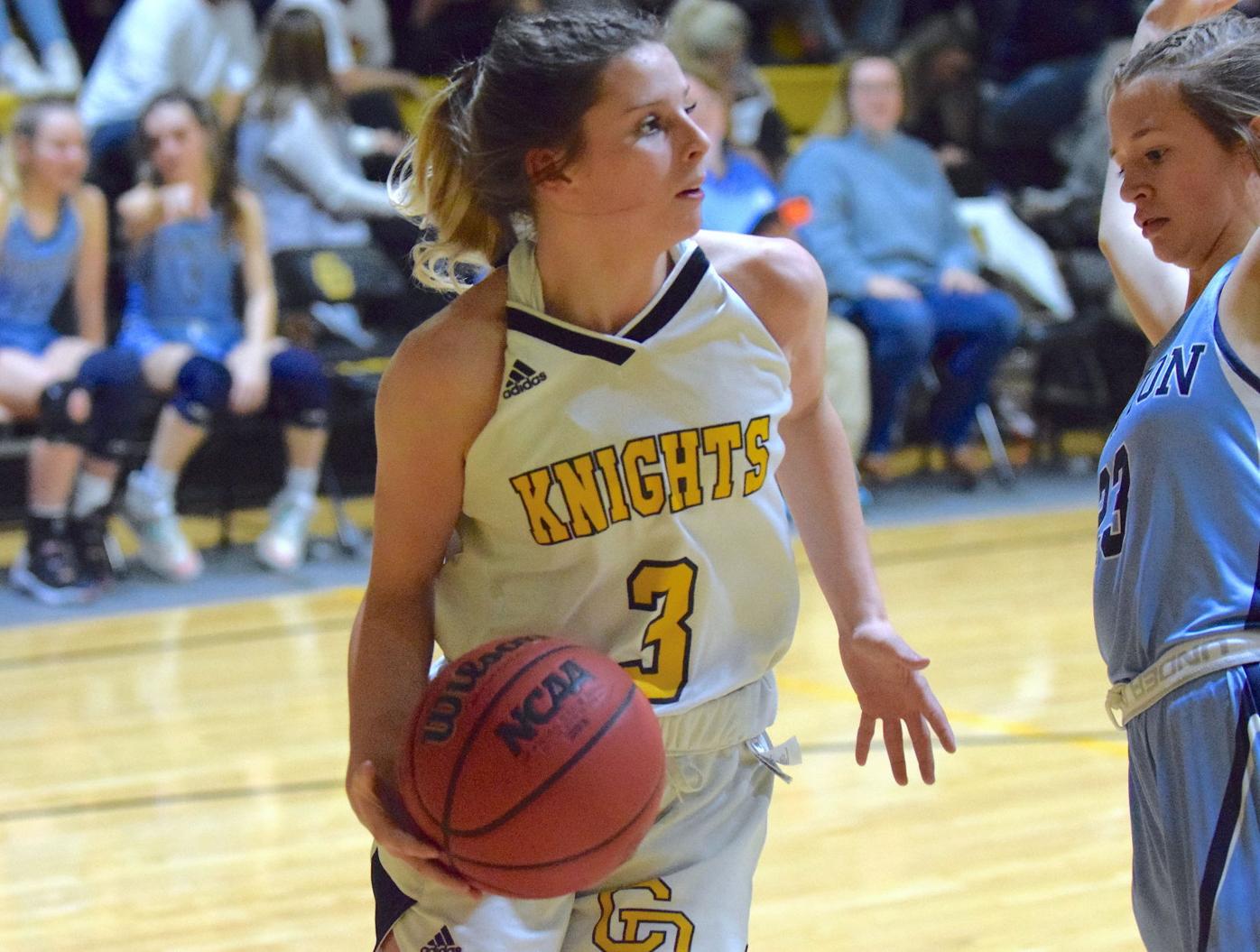 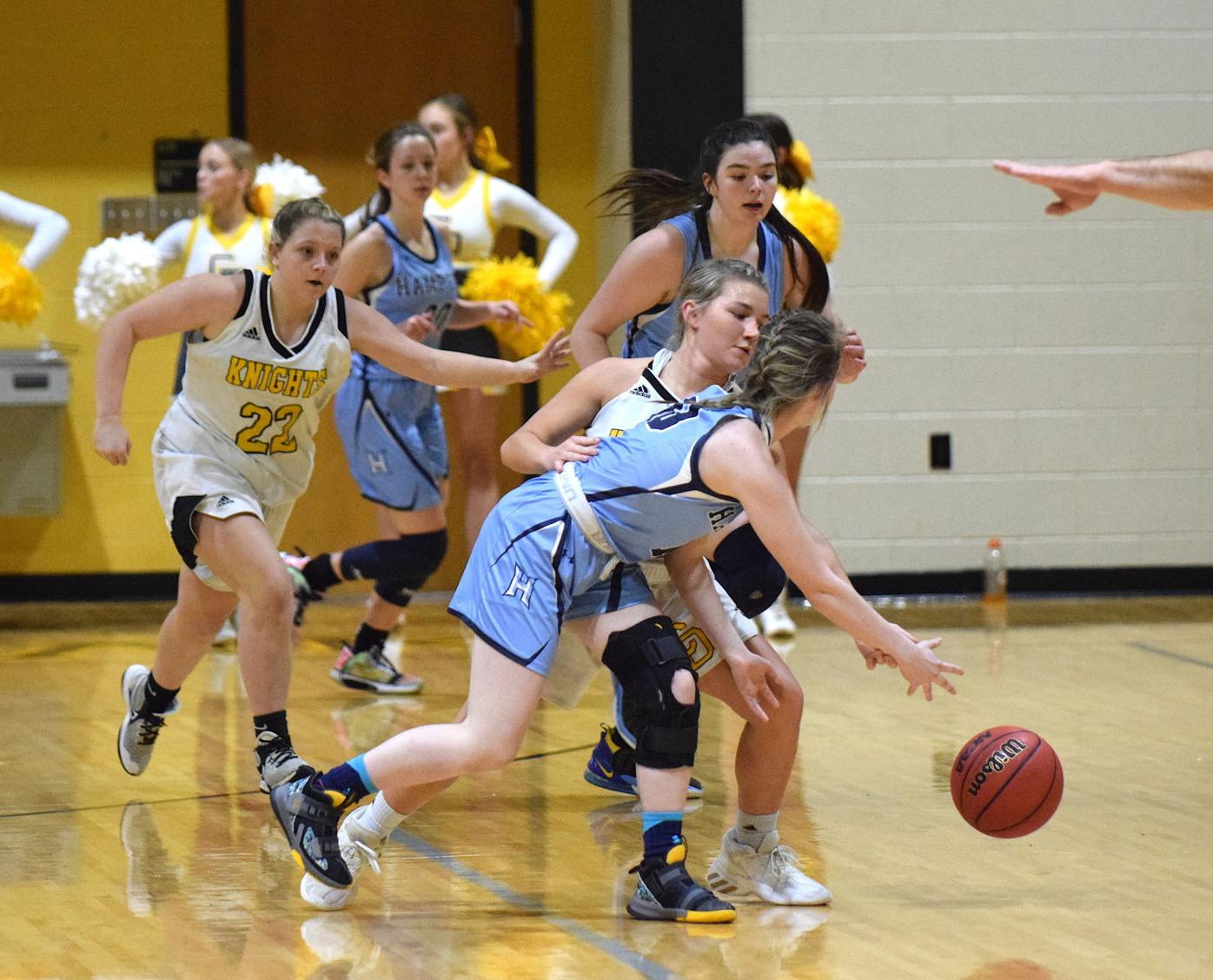 Chuckey-Doak’s Isaiah Treadway (20) goes up for a shot against Hampton’s Cadon Buckles (11) during Saturday’s game in Afton.

Chuckey-Doak’s Cadin Tullock (4) pulls up for a jump shot.

The deficit dwindled to six points late, but Hampton held on for an 80-72 win on Saturday night.

But a 3-pointer by Cadin Tullock sparked the home team, and Chuckey-Doak (5-6) scored 10 straight points to end its 18-4 run. Tullock hit another triple and two more free throws to end the run and cut Hampton’s lead to 74-68 with two minutes remaining.

Michael Harrison ended the comeback with 1:33 to play, cutting to the basket for a layup. Cadon Buckles scored in transition to make it 78-68 with 1:13 left to help seal the outcome.

“I was so proud of my guys for not quitting,” C-D coach Sam Broyles said. “I told the guys at halftime to slow down, and I thought we did a better job in the second half. We didn’t slow down enough tonight to work that ball to the post. We can’t play Hampton like that (fast paced) for four quarters like they want to play.”

Tullock hit 6-of-7 free throws and scored 12 points in the fourth quarter, finishing 9-of-12 at the foul line with a team-high 17 points. Hayden Anderson added 16 and Christian Derry scored 15, with Isaiah Treadway adding 10 and Roberto Vazquez nine.

After finishing an and-one in the third quarter, Treadway hit two of his four field goals in the fourth quarter.

“I don’t say it a lot, but I can’t be more proud of Isaiah,” Broyles said.

Anderson hit four baskets in the first quarter and a 3-pointer in the fourth.

Derry scored all six of his field goals from the paint, and his third-quarter putback ended an 11-0 Black Knight run to make it 44-34. Buckles scored at the buzzer to give Hampton a 61-47 lead after three quarters.

Morgan Lyons scored 19 points, and Hayden Campbell had 14 to lead Hampton, which took a 44-23 lead in the second quarter before Ethan Grindstaff’s 3-pointer and layup cut the halftime score to 44-30.

The Black Knights committed 14 turnovers in the first half against Hampton’s full-court pressure, which often resulted in fast-break buckets.

“If we don’t get to where we can handle that type of pressure, that’s what teams will start doing to us,” Broyles said.

Grindstaff left with an apparent knee injury in the third quarter and didn’t return. Broyles didn’t know the extent of the injury Saturday night.

Eleven players found their way into the scoring column, as Hampton blitzed Chuckey-Doak from the start.

The Lady Bulldogs (9-8) hit cruise control in the second half after building a 45-10 halftime lead. Hampton substituted freely in the second half and scored just 15 points, but the margin of victory never dipped below 17 points. And that came late in the fourth quarter, as Tavyn Southerland’s second 3-pointer capped a 10-0 Chuckey-Doak run to make it 58-41.

Chuckey-Doak made up some ground in the third with an 11-0 run, including Kennedy Brown’s 3-pointer and Anna Lee Seaton’s three-point play to make it 50-27.

Madison McClain hit two early 3-pointers and led Hampton with 11 points, while Taylor Berry and Piper Helle each had nine. All three players scored the entirety of their points in the first half.