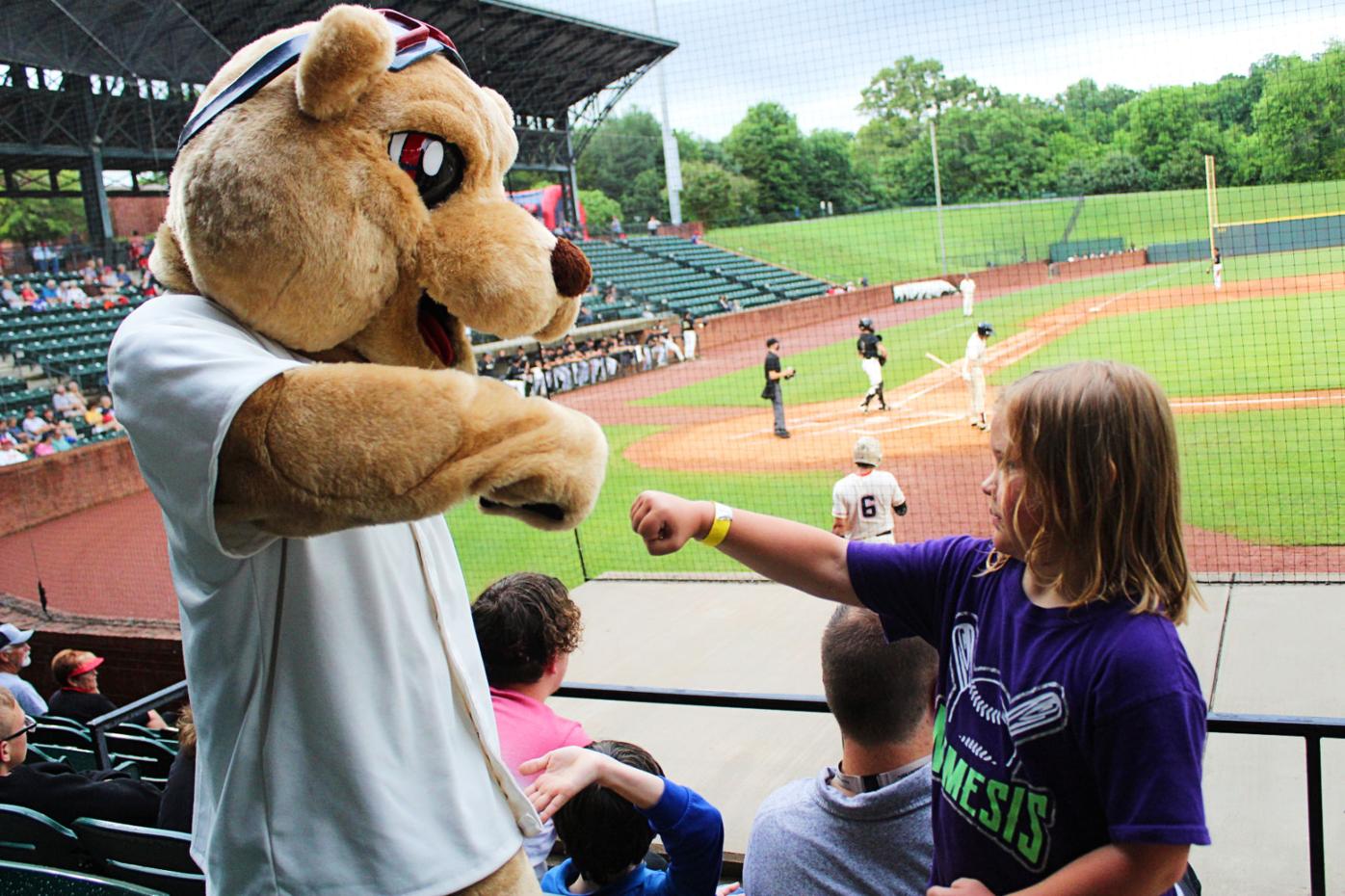 A fan from the Nemesis youth baseball team gets a fist bump from Ace during the Greeneville Flyboys’ 12-5 Appalachian League win over the Johnson City Doughboys on Tuesday night at Pioneer Park. 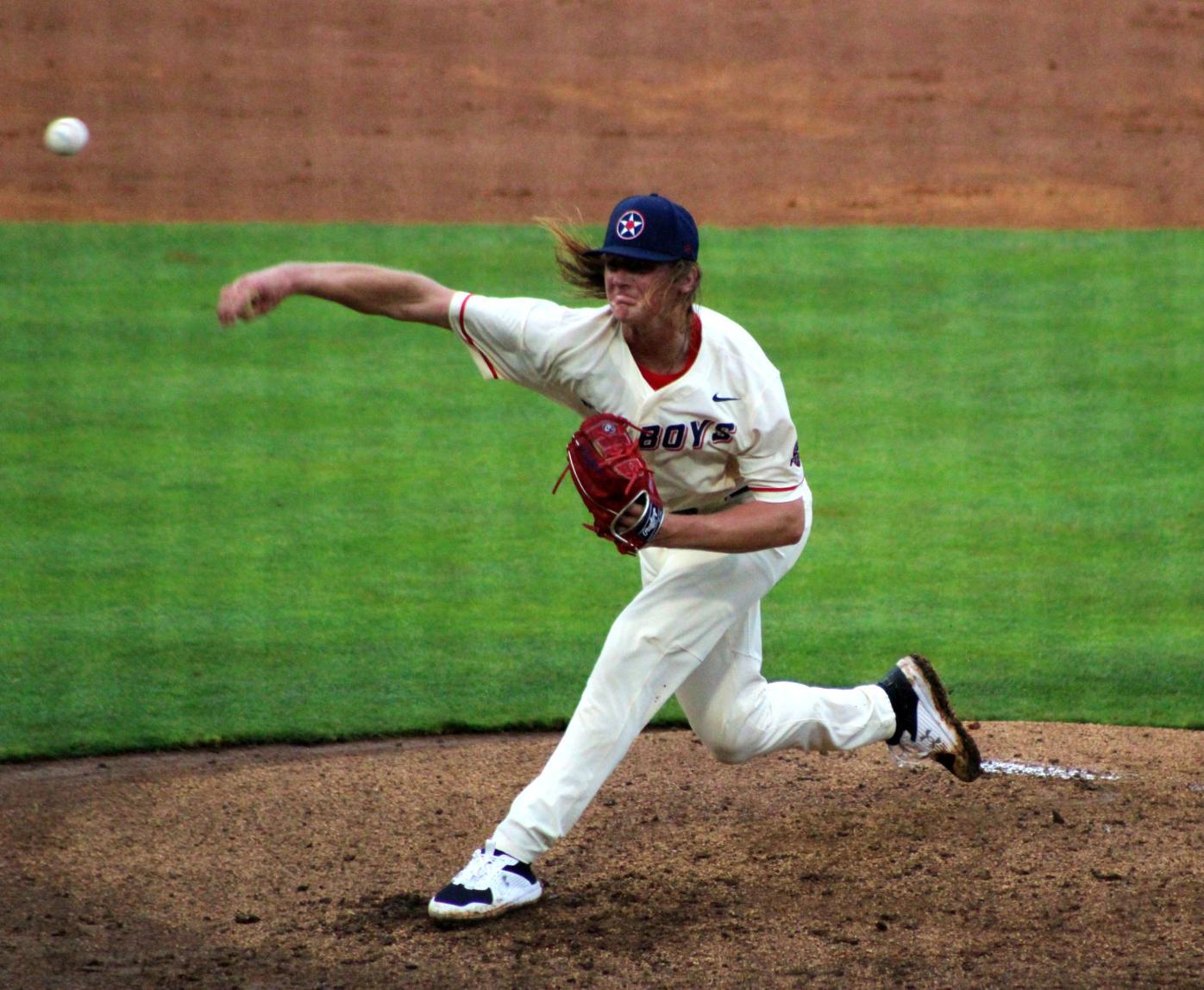 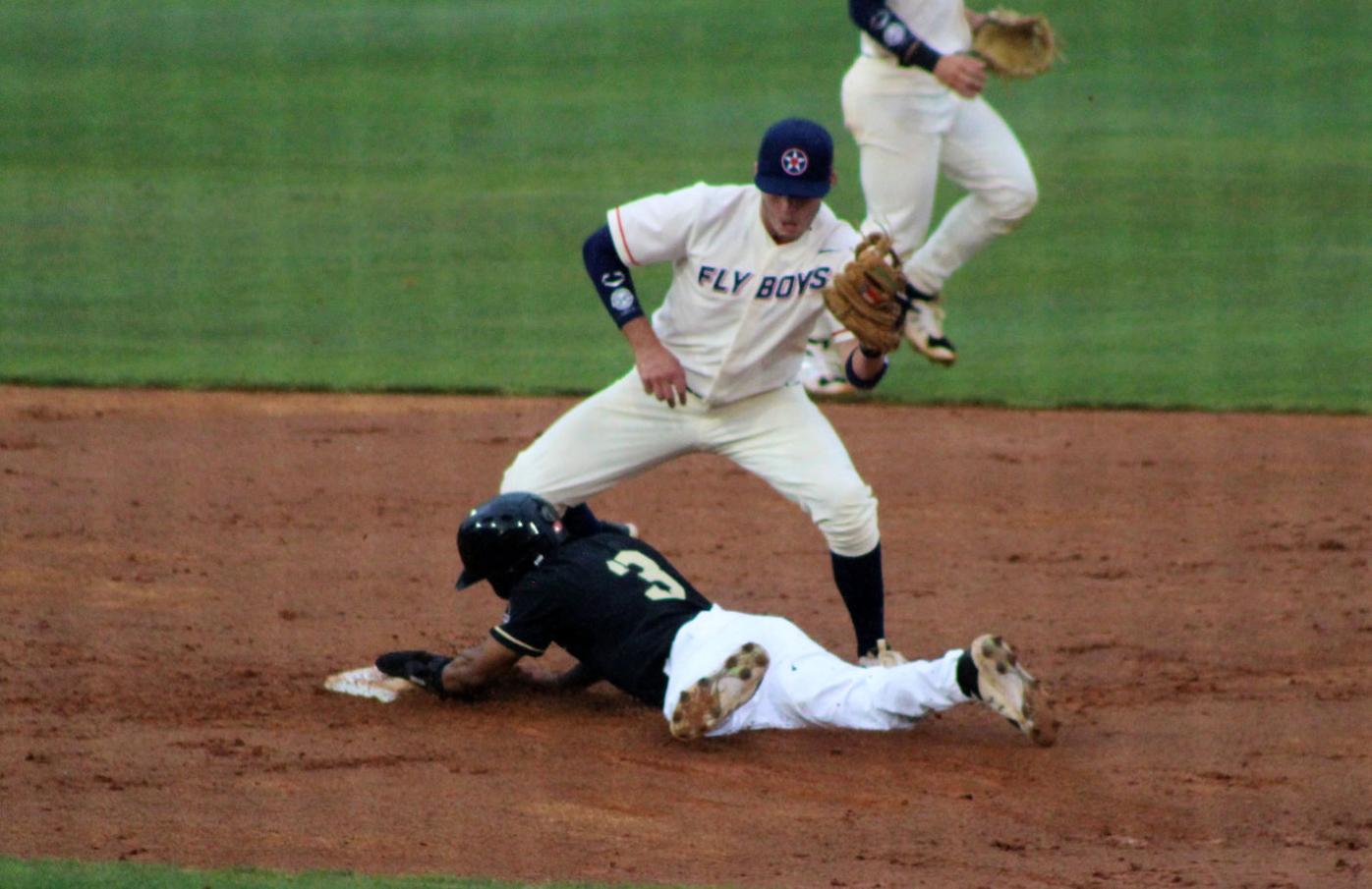 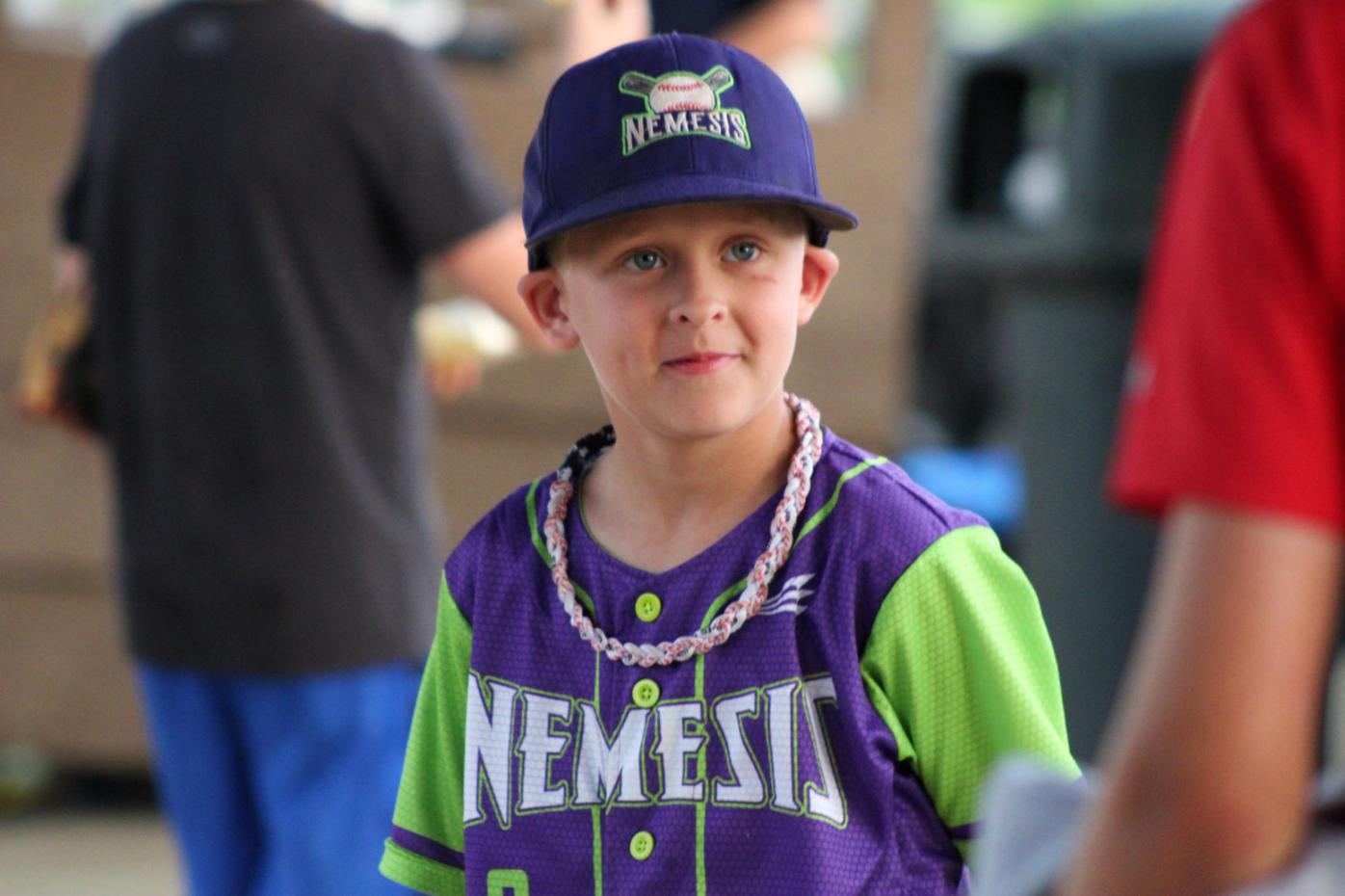 With the Greeneville Flyboys winning their home opener 12-5 over the Johnson City Doughboys on Tuesday night at Pioneer Park, this fan from the Nemesis youth baseball team had a lot to smile about.

A fan from the Nemesis youth baseball team gets a fist bump from Ace during the Greeneville Flyboys’ 12-5 Appalachian League win over the Johnson City Doughboys on Tuesday night at Pioneer Park.

With the Greeneville Flyboys winning their home opener 12-5 over the Johnson City Doughboys on Tuesday night at Pioneer Park, this fan from the Nemesis youth baseball team had a lot to smile about.

Summer baseball returned to Pioneer Park for the first time since 2019 on Tuesday night due to COVID canceling the minor league season last year, and it was as if the game had never left.

In front of a crowd of 2,928, the Greeneville Flyboys defeated the Johnson City Doughboys 12-5 in their homer opener in the new wood bat collegiate Appalachian League.

Tusculum University President Dr. Scott Hummel threw out the ceremonial first pitch, and the night was capped by what some fans and players dubbed as one of the best fireworks displays they’ve seen at a baseball game.

Greeneville, now 3-2 and in first place in the West Division standings, will host Johnson City (2-3) at 7 p.m. Wednesday.

“We appreciate the tremendous support tonight given the rainy weather,” said Greeneville manager Alan Regier. “Our complex is as good or better than anybody’s in the Appalachian League, and we appreciate playing here as well. And our president throwing out the first pitch from the mound really got our guys fired up to play.”

Third baseman Chris Williams went 3-for-5 with a triple and three RBI. He’s now batting .500 (9-for-18) with a double, a triple, a home run and a team-best nine RBI on the season.

“People need to realize these young men have been swinging metal bats in college and some are swinging wood bats in games for the first time,” Regier said. “It’s a huge adjustment. It’s a heavier bat and it’s harder to get the head through the zone. If you don’t square the ball up, the bat can snap on you and we’ve seen some of that.

“But for the most part, hats off to them for what they’re doing at the plate. I’ve been surprised at how well some of these guys have done. I thought it might take longer for them to get it figured out.”

Greeneville fell behind 2-0 before scoring four times in the bottom of the fourth inning and never trailing again.

Hogart, Christian Ficca and Williams opened the frame with three straight singles. Hogart scored on a wild pitch and Ficca scored on a passed ball to tie it 2-2.

Micheletti walked and, an out later, Jake Dacunto lined a two-run double down the left-field line to give the Flyboys a 4-2 lead.

Greeneville pushed across three runs in each of the fifth and sixth innings for a 10-3 lead, before Williams and Micheletti drew the biggest roars from fans with two-out, extra-base hits in the eighth that plated two more runs.

An RBI triple to the gap in right by Williams gave Greeneville an 11-5 lead, and an RBI double to the right-field corner by Micheletti made it 12-5.

“We’re just seeing the ball up and early,” Williams said. “There are a lot of good arms in this summer league. We’re just attacking the fastball and making adjustments when we get in a hole.

“This is a wonderful experience, honestly. Being out there with all the fans coming to watch us and supporting us, us playing the way we did and the great fireworks at the end – it was just a great team win tonight.”

Dacunto finished 2-for-4 with a double and two RBI, and Jac Croom was 2-for-5 with an RBI.

Bryce Mayer drew the start and pitched three innings. He gave up three hits, a run, walked five and struck out six.

Logan Peterson followed with three innings. He gave up a hit, two runs, walked one and struck out one.

Cameron Wagoner pitched the seventh and eighth innings. He gave up a hit, two runs, walked two and struck out five.

Sam Peddycord pitched a hitless, scoreless ninth. He walked one.