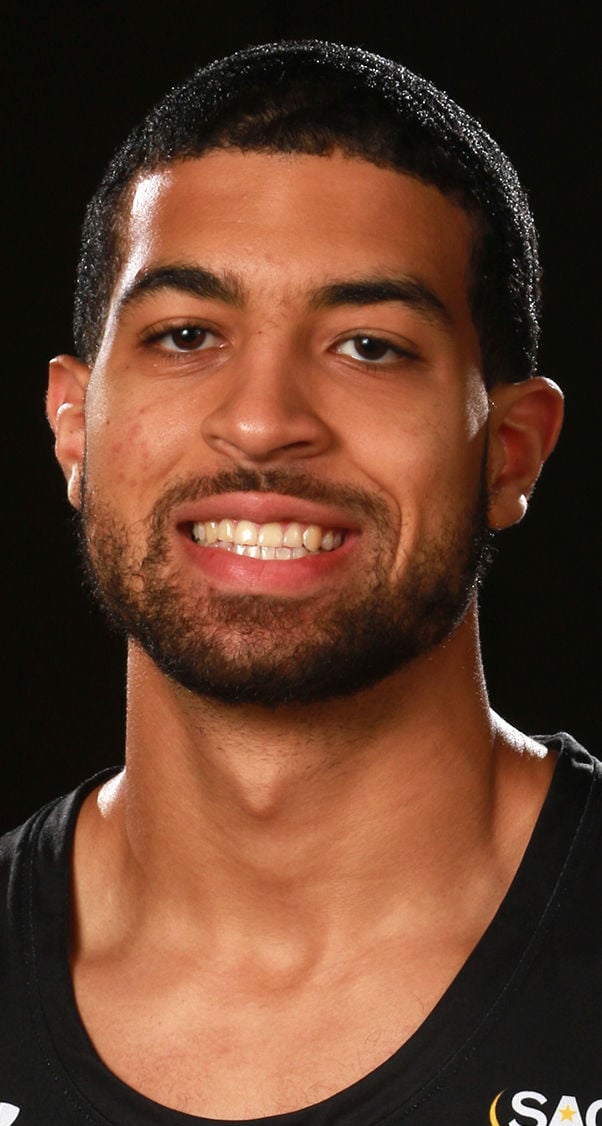 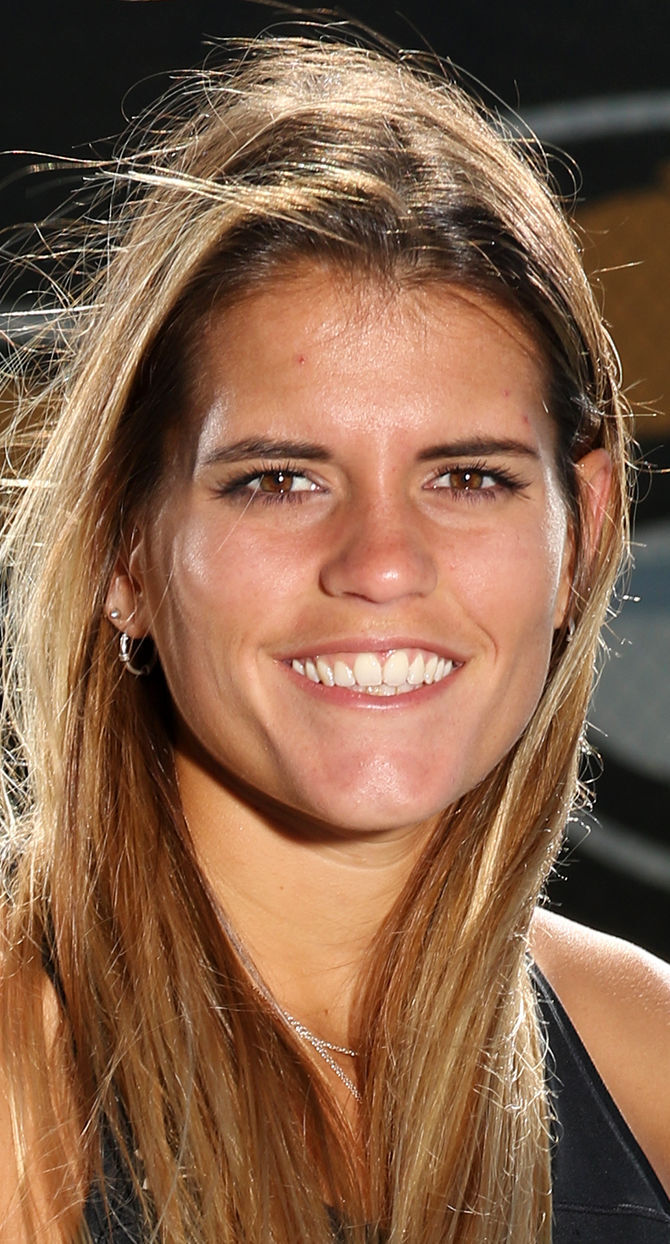 This marks only the fourth time in the 32-year history of the award that one league member has swept both male and female honors for the SAC Presidents Award. Former SAC member Presbyterian College swept the honors in 1990-91, while Wingate University was second to do it during the 2003-04 academic year. Tusculum was the last to accomplish the sweep in 2012-13 when baseball pitcher Taylor Rakes and volleyball setter Ashley Sarmiento were named SAC Presidents Award winners.

The SAC Presidents Award is the most prestigious honor the conference awards to its student-athletes. It exemplifies the finest combined qualities of excellence in athletics, academics and community leadership. During the year, the league recognizes 20 Scholar Athletes, representing each of the conference-sponsored sports. The top male and female SAC Scholar Athletes from each represented member school are then nominated for the SAC Presidents Award.

He led the Pioneers in scoring, rebounding and assists as Tusculum posted a 14-6 record and finished the year as NCAA II Southeast Region semifinalists. TU finished third in the South Atlantic Conference standings and advanced to the semifinal round of the SAC Tournament for a second straight year.

Gibson averaged 18.8 points per game which was third in the league, while his 8.2 rebounds per game average was also third-best in the conference. He dished out 5.0 assists per contest (3rd in SAC / 36th in NCAA II) making him the only player in the SAC to be ranked in the league’s top-five in scoring, rebounds and assists. He also topped the conference in minutes played per game averaging 35.6 minutes per outing (49th in NCAA II).

“Trenton has worked tremendously hard both on the basketball court and in the classroom. He exemplifies the finest qualities of what a student-athlete should be,” said TU men’s basketball coach J.T. Burton. “As a basketball coach, you can’t ask or hope for a better representative of your team, university or conference. I am very proud of Trenton and congratulate him on this outstanding achievement.”

The two-time All-SAC selection scored in double figures in 19 of his 20 games this season including nine outings with 20 or more points. Gibson, who was named the 2018 SAC Freshman of the Year, became the 28th member of Tusculum’s 1,000-Point Club. His 1,190 career points are the 19th most in the 110-year history of TU’s men’s basketball program. He is also the only player in school history with over 1,000 points, 500 rebounds and 300 assists in a career.

Gibson has shined in the classroom where he was the 2020 recipient of the South Atlantic Conference Elite 20 Award for men’s basketball and was selected to the CoSIDA Academic All-District first team in the same season. He is a member of the SAC Commissioner’s Honor Roll, Tusculum President’s List, Dean’s List and Charles Oliver Gray Honors List. He is a two-time Division II Athletic Directors Association Honor Roll selection and is a member of the Alpha Chi Honor Society.

In addition to his success on the basketball court and in the classroom, Gibson has been an active member of the community. He volunteers at the Nettie Day of Service, is a member of the Pioneer Student-Athlete Advisory Committee, and is a Pioneer Peer serving as a mentor for incoming freshmen. He volunteers as a youth basketball coach with the Above the Rim program and served as a sports management intern within the Tusculum Athletic department this spring.

McCullough, a graduate student from Belfast, Northern Ireland, posted a 3.985 cumulative grade point average while earning her undergraduate degree majoring in chemistry with minors in mathematics and solar research.

She is the first three-time recipient of the SAC Women’s Tennis Scholar Athlete of the Year Award in league history, earning the honor for a third consecutive season.

She has been a member of the SAC Commissioner’s Honor Roll, Tusculum’s Athletic Director’s Honor Roll, the Dean’s List, the President’s List, Charles Oliver Gray Honors List and an ITA Scholar-Athlete.

She was one of the founding members of the hydrogen evolution research program at Tusculum, which is designed to develop a catalyst for use in solar energy applications. She was the recipient of the TU Senior Key Award for Excellence in Chemistry in 2020 and the Northeast Tennessee Section of the American Chemical Society Outstanding Graduating Senior Award.

McCullough has been a member of the Pioneer Student-Athlete Advisory Committee as the team representative every year. She has also participated in Nettie Day of Service, a campus-wide community service project at Tusculum, and the Make-A-Wish Fun Run/Walk. McCullough has been a part of the tennis team’s efforts to assist a local family during the holiday season with Adopt-a-Family.

McCullough was an All-SAC first team selection in both singles and doubles this year, where she teamed with her sister Caitlin. She is a four-time All-Conference honoree in singles including 2019 when she garnered SAC Women’s Tennis Player of the Year accolades. She finished the regular season with a 13-2 record at No. 1 singles for the Pioneers, including a 6-2 mark in conference play. McCullough is the winningest singles player in program history, owning a career mark of 104-17.

As a duo, the McCullough sisters went 12-3 overall this season and finished with a 5-3 record in conference competition, including four straight wins to end the regular season. The pair was named first-team All-Conference for the third time, after finishing the season 16th in the latest ITA Division II doubles rankings. The duo, which earned ITA All-America honors in 2019-20, holds a career record of 74-17.

Last year, she was named a top-nine national finalist for the prestigious NCAA National Woman of the Year Award. She is two-time CoSIDA Academic All-American®, earning second team recognition in 2019 and first team accolades in 2020.

“I am thrilled to see Annie receive this award as the culmination of a stellar career at Tusculum and the South Atlantic Conference,” said TU tennis coach Adam Jackson. “She is proof that hard work and good character can take a talented player to the very top of their game. We are very proud of her and all of her accomplishments during her time with us.”

During her career, she led the Pioneers to three NCAA Division II Tournament appearances along with the 2017 SAC Tournament title and the 2019 SAC Championship. Her teams posted a combined 75-25 overall record including 37-9 in league play.