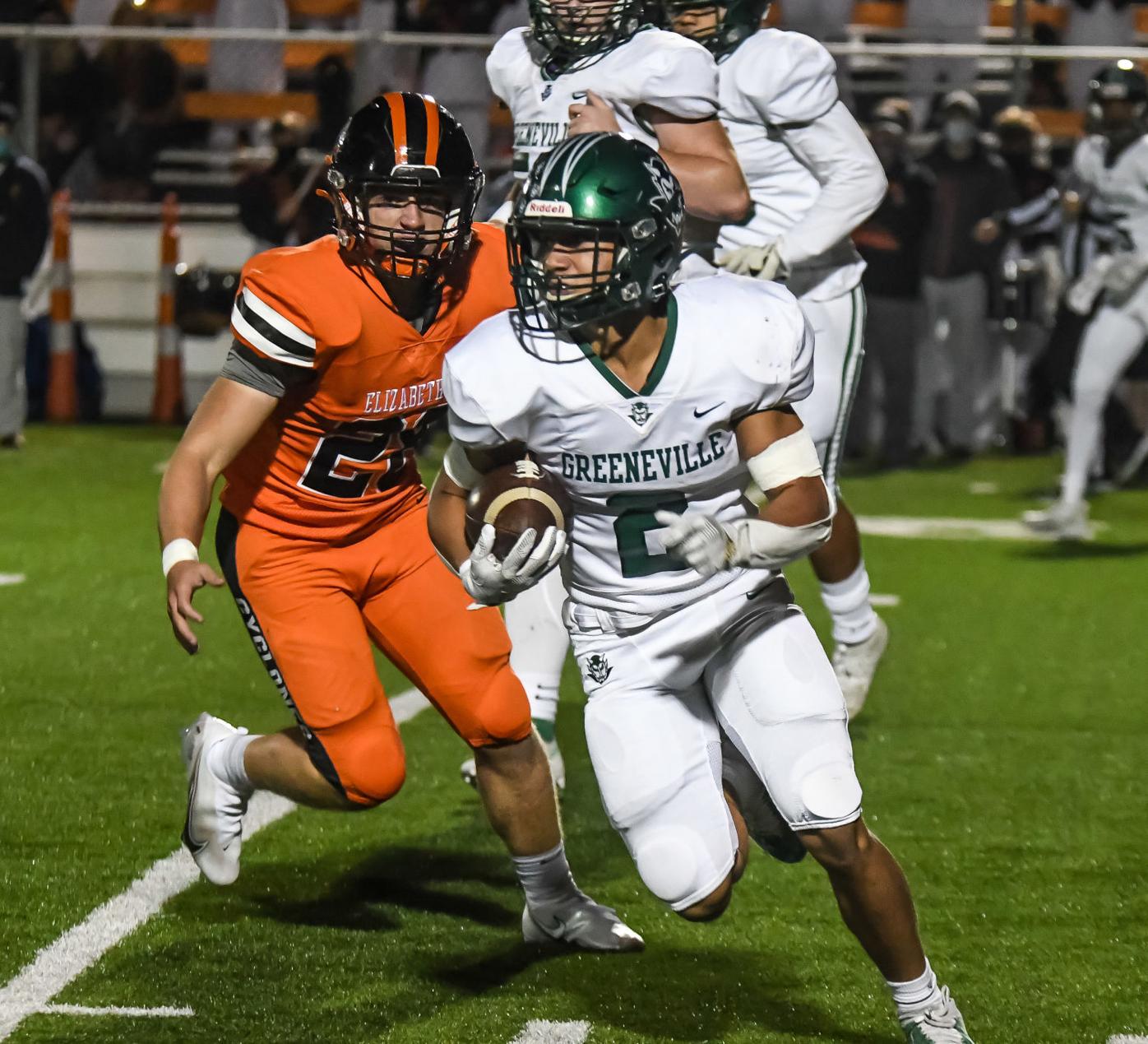 Greeneville running back Mason Gudger (2) looks for running room during a 24-20 loss in the Class 4A quarterfinals at Elizabethton on Friday night. 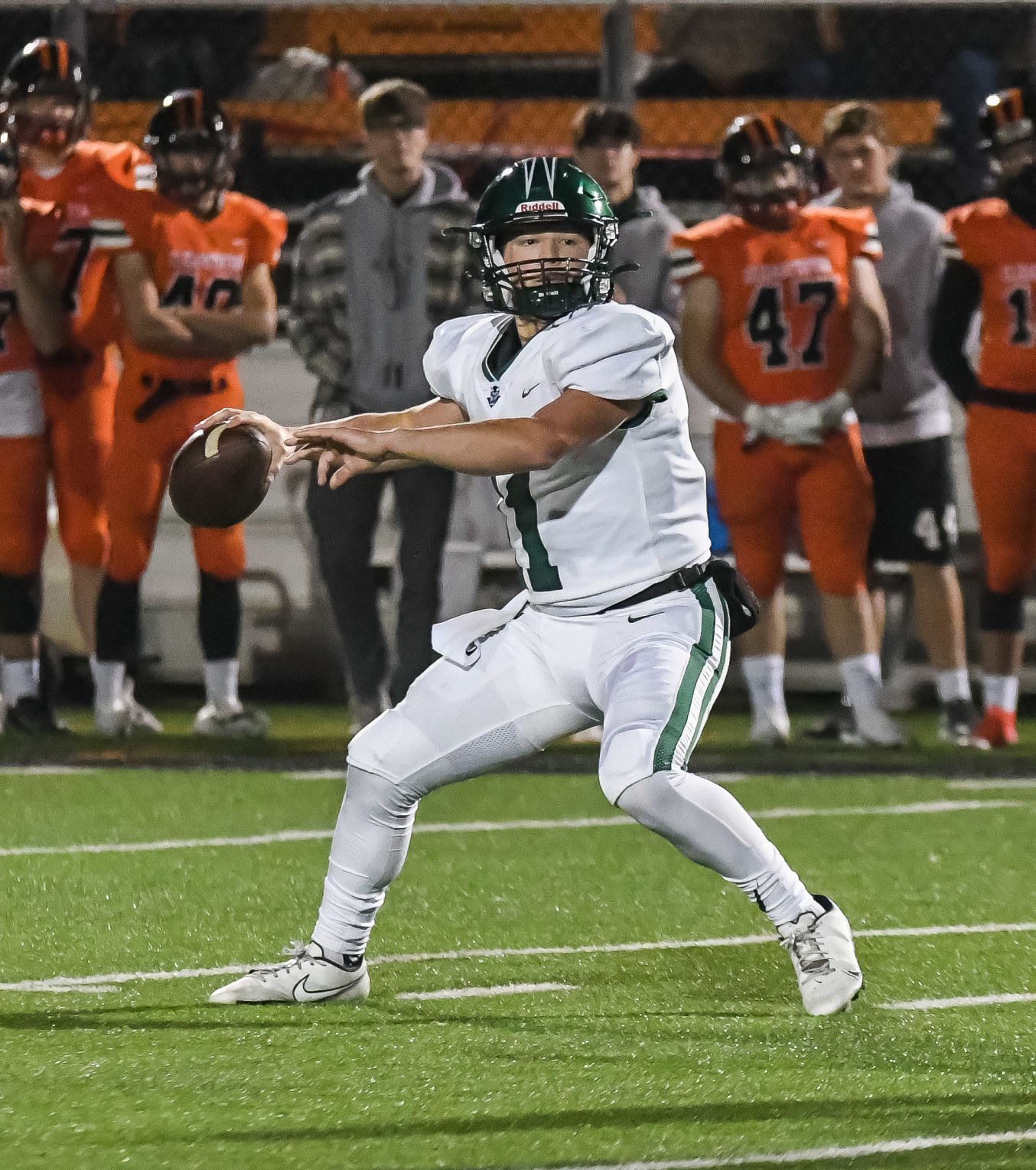 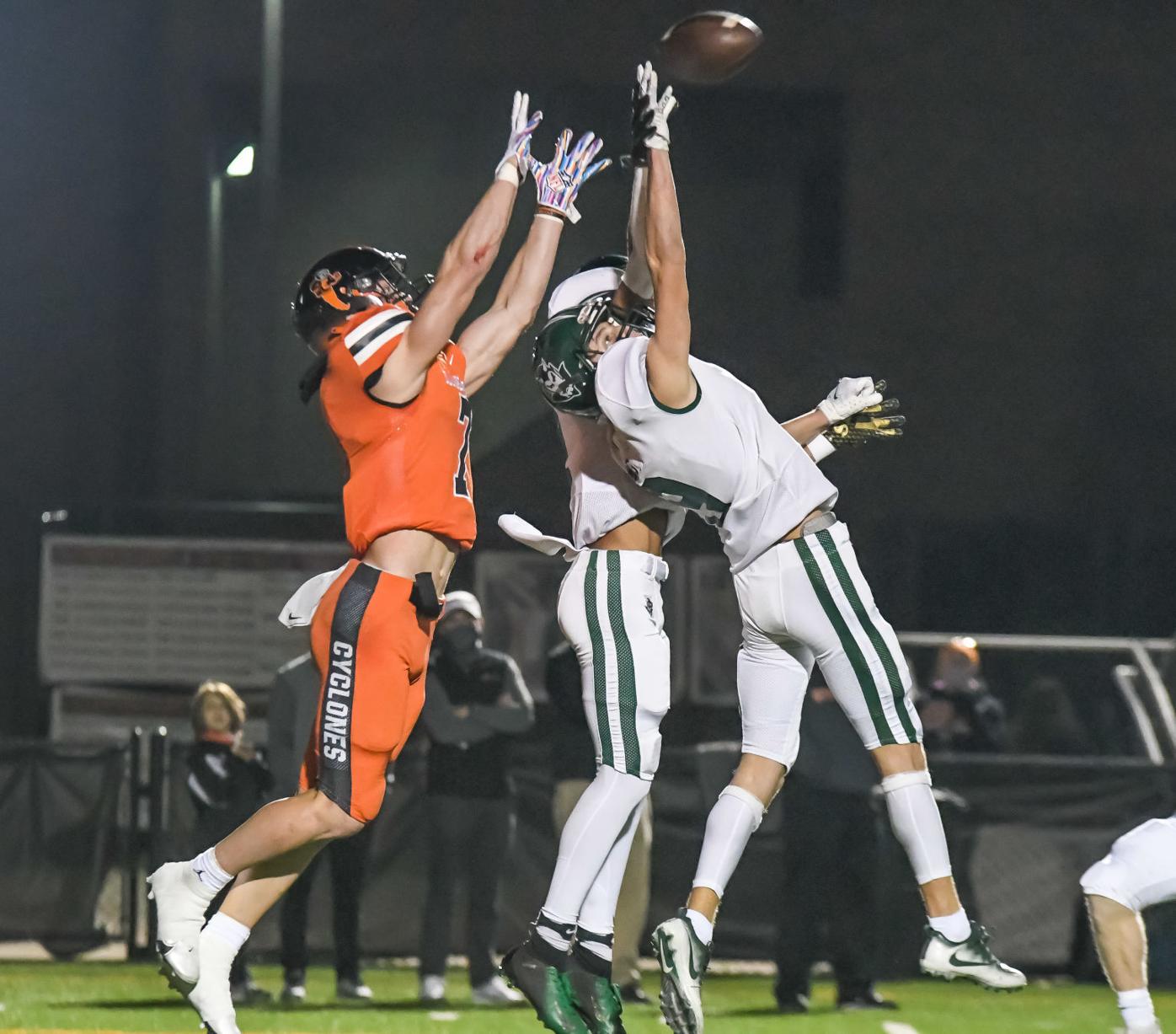 Greeneville running back Mason Gudger (2) looks for running room during a 24-20 loss in the Class 4A quarterfinals at Elizabethton on Friday night.

ELIZABETHTON — As the stands were emptying following Friday night’s Class 4A quarterfinal playoff game at Citizens Bank Stadium, Greeneville football coach Eddie Spradlen stood on the visitor sideline with tears in his eyes.

He paused for a few seconds, clenched his teeth to choke back as much emotion as he could, turned toward reporters and proclaimed, “If we ain’t the best team, we’re the next best team in the state right now.”

It’s hard to argue with that, considering the Greene Devils came up just short of upsetting the defending state champion Elizabethton Cyclones 24-20.

“I couldn’t have asked for anything else from these guys,” Spradlen said of his players. “If we had won this game tonight, I wouldn’t have been any more proud of them than I am right now because of how hard they fought against the defending state champions.”

Leading up to the game, Spradlen had said the Greene Devils would need to make it a four-quarter game to have a shot. And for four quarters, Elizabethton’s 28-game winning streak was very much in jeopardy.

To advance to next week’s semifinals, the Cyclones had to orchestrate a 10-play, 70-yard go-ahead TD drive early in the fourth and then had to hold off Greeneville in the final minutes.

After quarterback Bryson Rollins scored on a 7-yard TD run to give Elizabethton a 24-20 lead with 8:41 to play, the Cyclones’ Parker Hughes came up with an interception deep in Elizabethton territory with 3:42 left.

From there, the Cyclones ran out the clock.

“The kids kept on fighting,” Spradlen said. “We had our chances.”

Elizabethton entered Friday night averaging 48 points per game, including a 44-10 win at Greeneville during the regular season.

“It’s really emotional,” said Greeneville running back Mason Gudger, tears in his eyes as well. “The first time we played them this year compared to this time was totally different. They probably thought they were going to come out here and steamroll us, but we couldn’t let that happen.

“We played our hearts out. It just didn’t go our way in the end.”

Greeneville scored all three of its touchdowns on first plays from scrimmage.

Following an interception by Greeneville’s Jackson Tillery near the Devils’ end zone at the 4:07 mark of the second quarter, Gudger broke through the line and sprinted 98 yards to the other end zone to tie the game 7-7.

A 31-yard field goal by Elizabethton’s Sean Smithdeal pushed the Cyclones to a 10-7 halftime lead.

After Greeneville recovered a fumble at its 47-yard line midway through the third quarter, quarterback Brady Quillen hit Jaden Stevenson with a 53-yard TD pass to push the Devils ahead 13-7 at the 4:50 mark of the period.

Elizabethton put together a nine-play, 62-yard scoring drive on its ensuing possession. Cade Russell scored on a 4-yard run to give the Cyclones a 17-13 lead at the 1:56 mark of the third.

Gudger answered on the first play of Greeneville’s ensuing possession with a 75-yard TD run to give the Devils the lead again, 20-17.

Gudger took the ball on a sweep play before turning upfield near the sideline and racing to the end zone.

“We don’t run out of bounds. We like to play physical. If anything, we hit them before we go out of bounds,” Gudger said. “I ran to the sideline, stopped and (Elizabethton’s defenders) kept running toward the sideline. I had an open field after that and I just took it and went.”

Gudger finished with 200 yards and two TDs on 12 carries, while also catching three passes for 43 yards.

"I said to Mason before the game, 'I need your best game,'" Spradlen said. "I challenged all the guys, and they all stepped up and made big plays."

Quillen completed eight of 17 passes for 141 yards and a TD while being intercepted twice. He also ran for 40 yards on 10 carries.

Rollins completed five of 12 passes for 101 yards and was intercepted once. He ran for 24 yards and two TDs on 17 carries.

Greeneville ends its season at 9-4, while Elizabethton improves to 13-0.