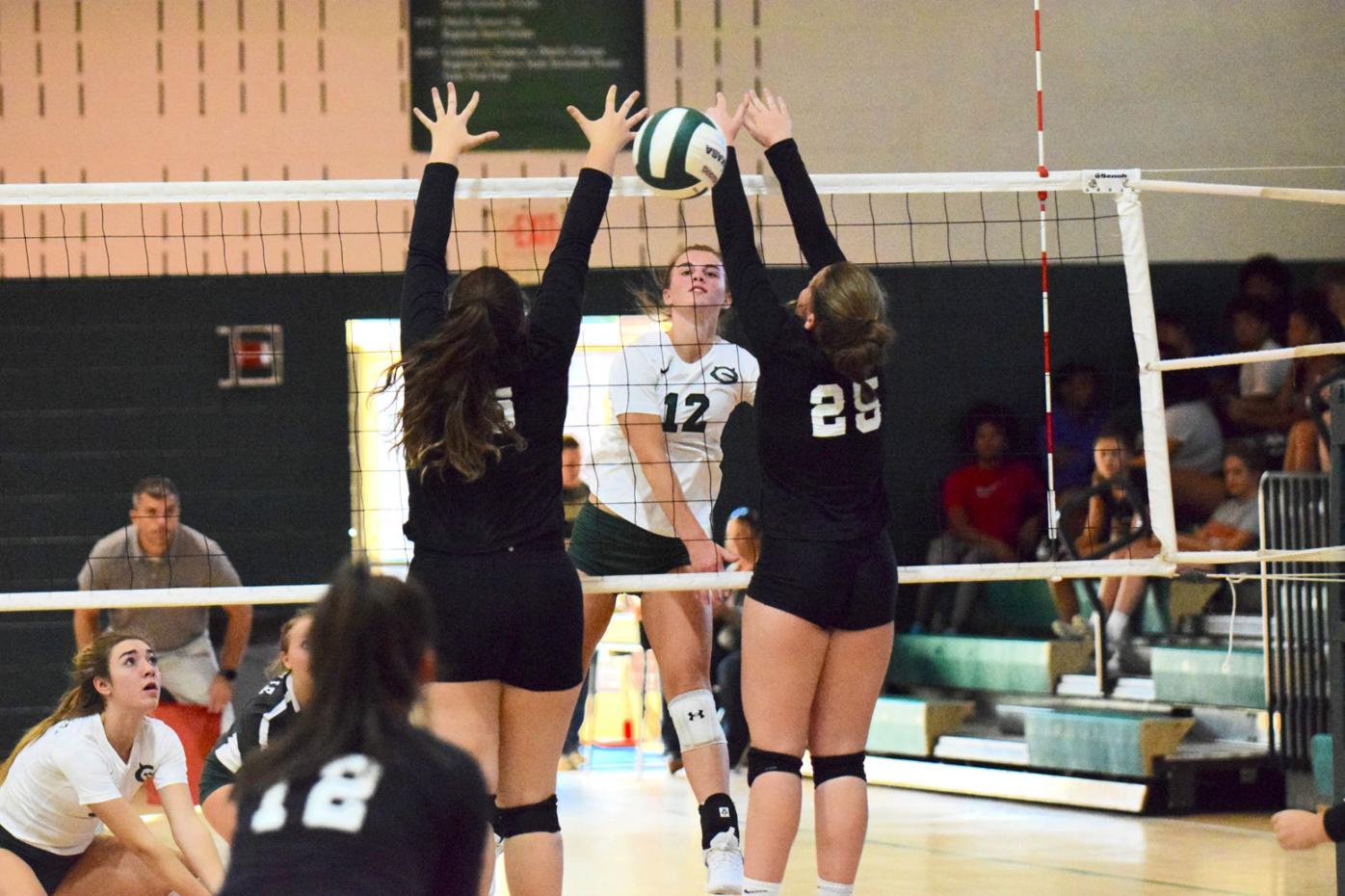 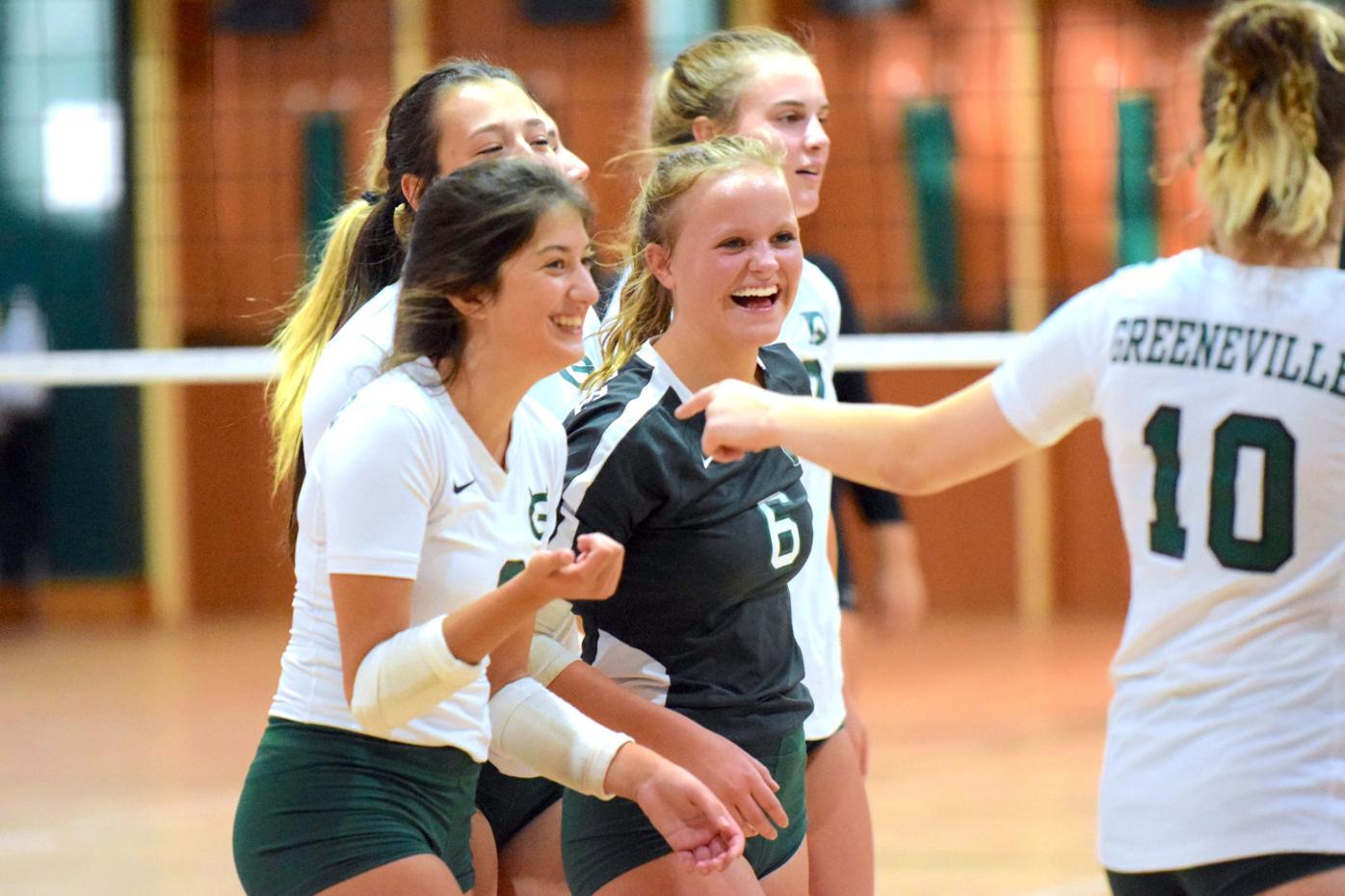 Kennedy Click (6) celebrates an ace with her Greeneville Lady Devil teammates on Monday. 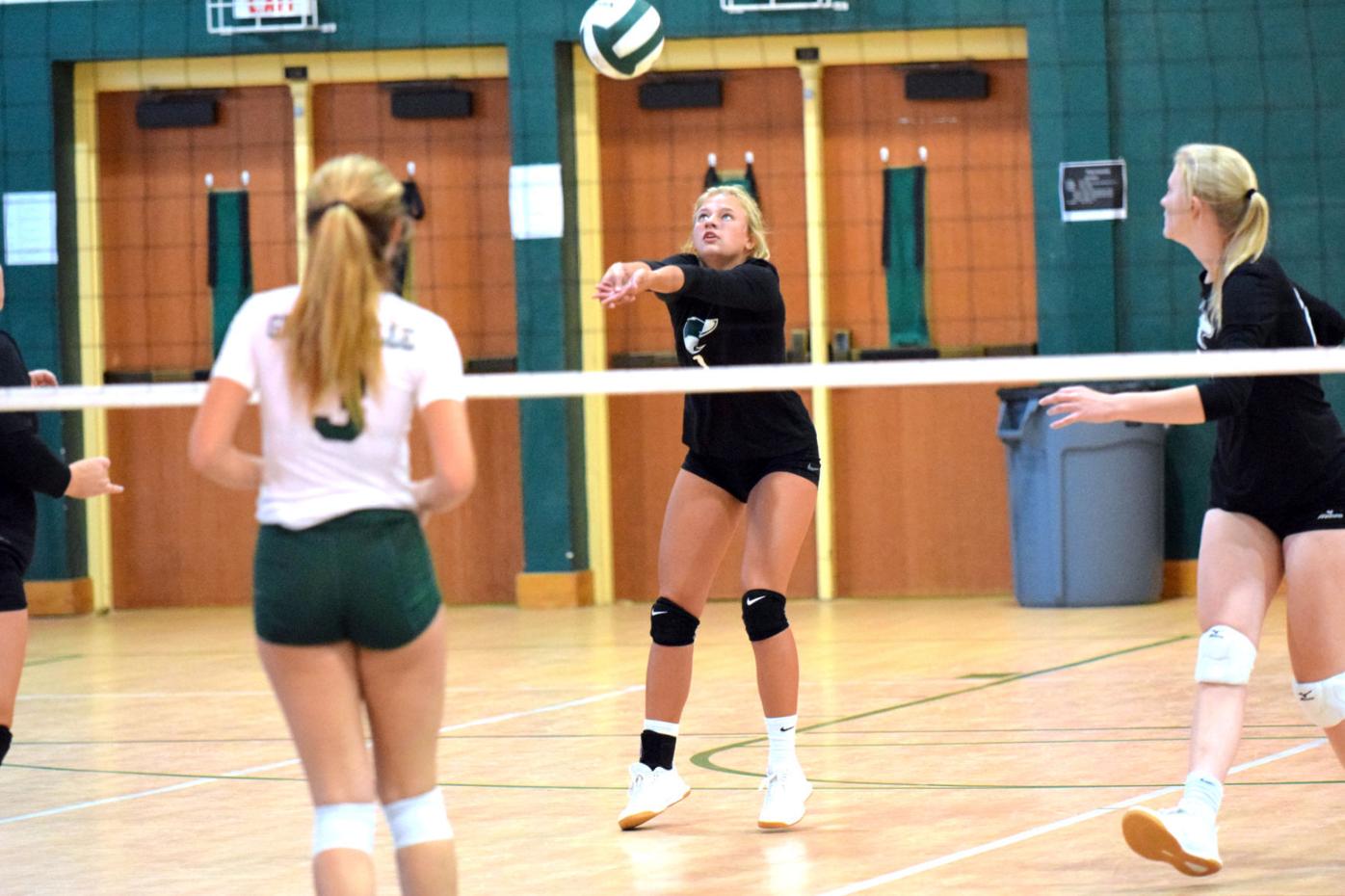 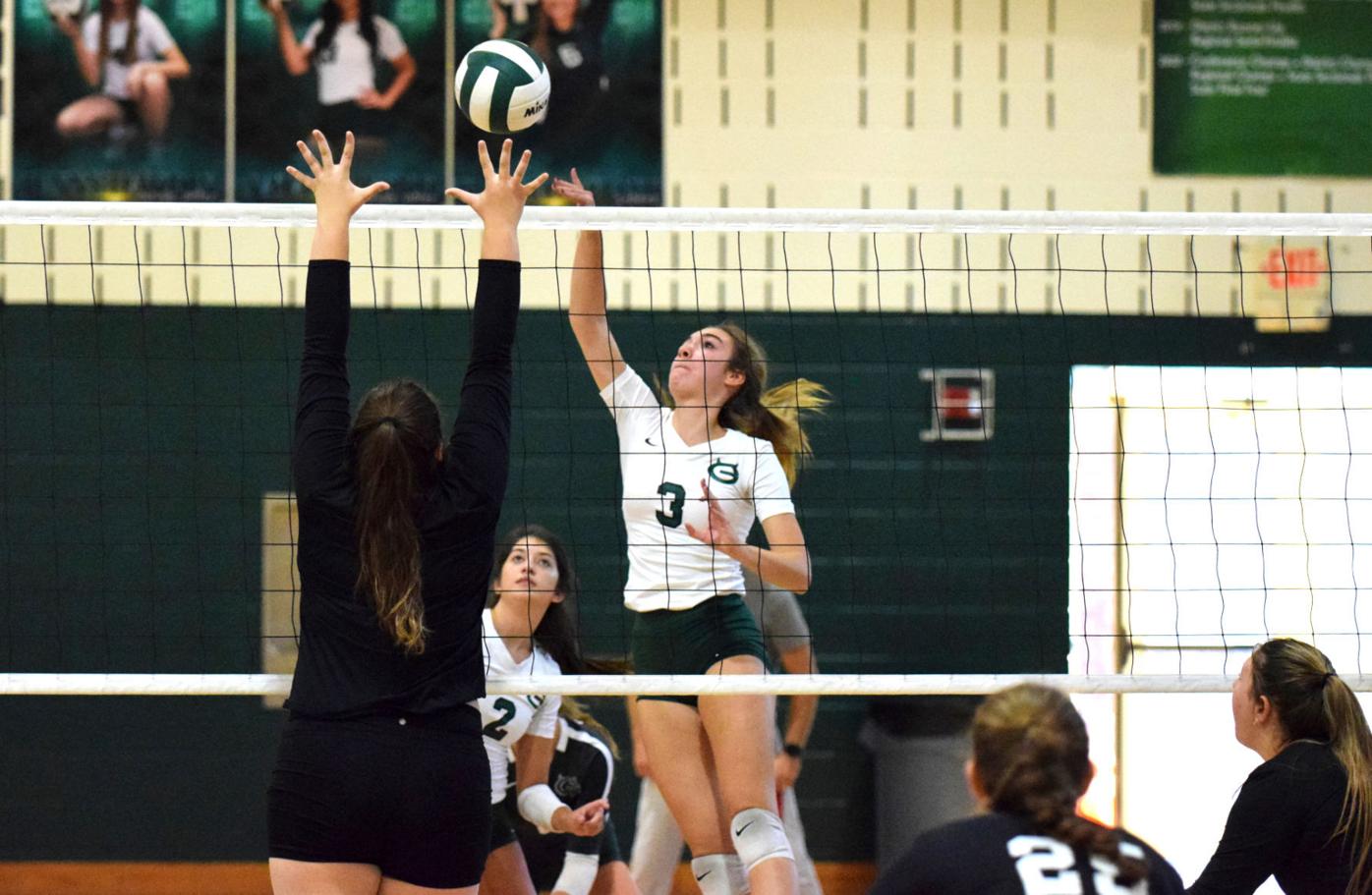 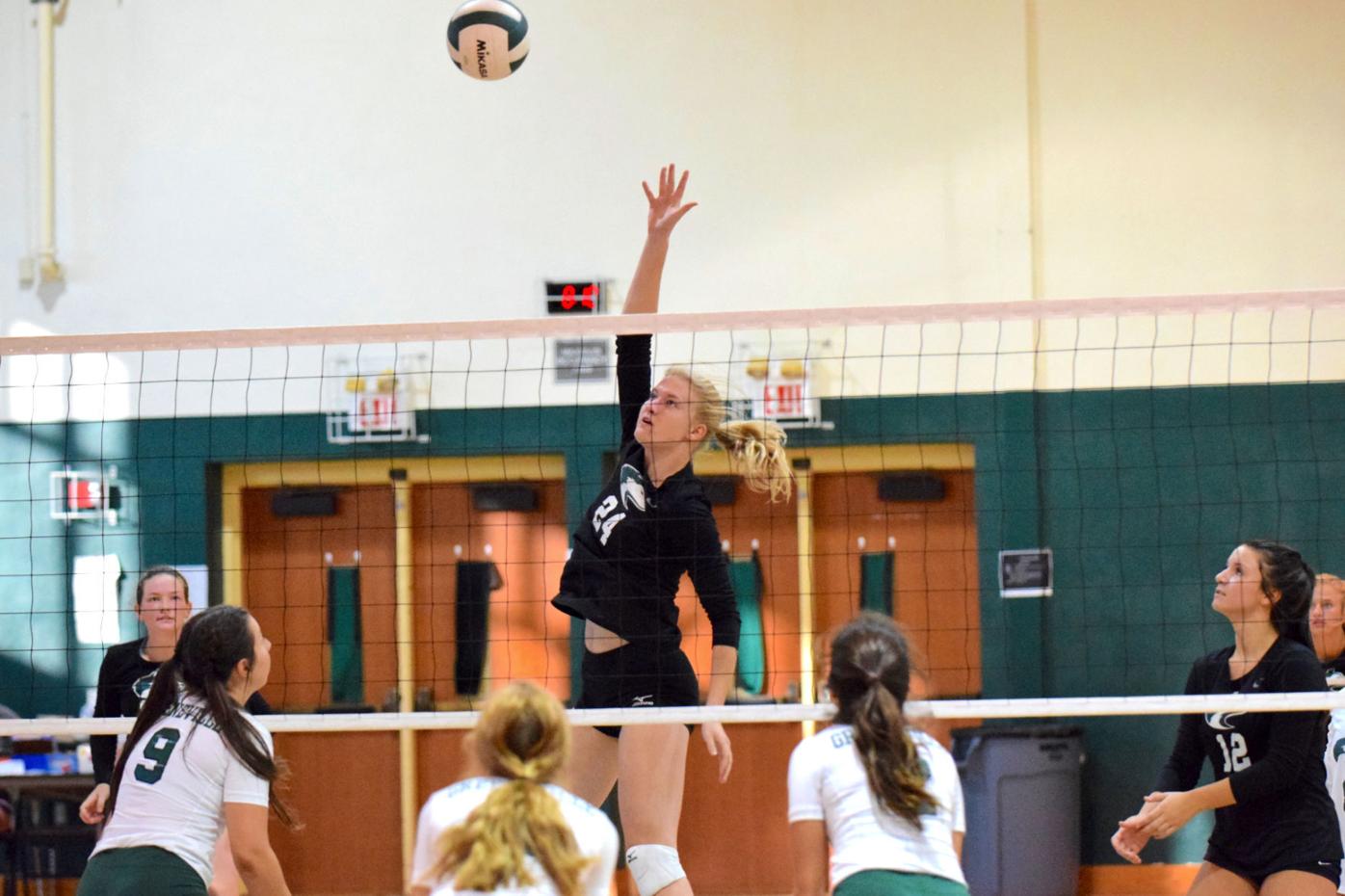 North Greene’s Kylie Keffer (24) goes up for a ball on Monday.

Kennedy Click (6) celebrates an ace with her Greeneville Lady Devil teammates on Monday.

North Greene’s Kylie Keffer (24) goes up for a ball on Monday.

Reliable as she’s been, Kennedy Click hardly surprised anyone with her third service ace.

But even with a comfortable lead in the third set, she still had three more to go. Click served the final nine points of the match, and Greeneville defeated visiting North Greene 25-19, 27-25, 25-10 on Monday night.

Click got her turn to serve with a 16-10 lead in the third set, and the Lady Devils (14-3) never lost serve again. After a Chloe Marsh block, Click served back-to-back aces to make it 20-10. So, of course, she ended the match with two aces in the final three points, giving her six for the evening as well as 11 digs.

“Not only is she consistent, but she has the power,” Greeneville coach Erin Franklin said. “No surprise. She’s a senior leader for us.”

Greeneville didn’t take a 2-0 advantage easily. After building a 23-18 lead in the second set, North Greene (11-5) rallied with four straight kills from Hailee English, and another English kill pulled the Lady Huskies even at 24.

Alesha Pace’s kill gave Greeneville a 26-25 advantage. Setter Eden Aiken, who had 25 assists, surprised North Greene with a spike, which landed in play for the 27-25 win.

“Alesha really started coming in quick at the end there,” Franklin said. “We ran a lot of quicks with her. Just brought some energy and excitement. She’s one of our most consistent hitters.”

Marsh led the Lady Devils with 12 kills and 12 blocks while matching Natalie Ford with two digs. Pace and Bailey each had four blocks, and Bella Devoti had three.

“We blocked a lot more balls tonight than we normally do,” Franklin said. “Natalie and Bella and Alesha in particular really stepped it up there.”

Greeneville took a 24-15 lead in the first set with a 7-1 run before Ford’s kill ended the frame.

English finished the match with 12 kills, while Kylie Keffer added eight along with a team-high six blocks for North Greene. Four of Keffer’s blocks came in the second set, which saw the Lady Huskies take a 5-2 lead on an English kill.

“If Kylie’s not our best player, she’s our most important player, especially when she’s playing so aggressively around the net,” North Greene coach Sam Tarlton said. “I’m not one for moral victories, but I thought we played well. We got down, but we battled.”