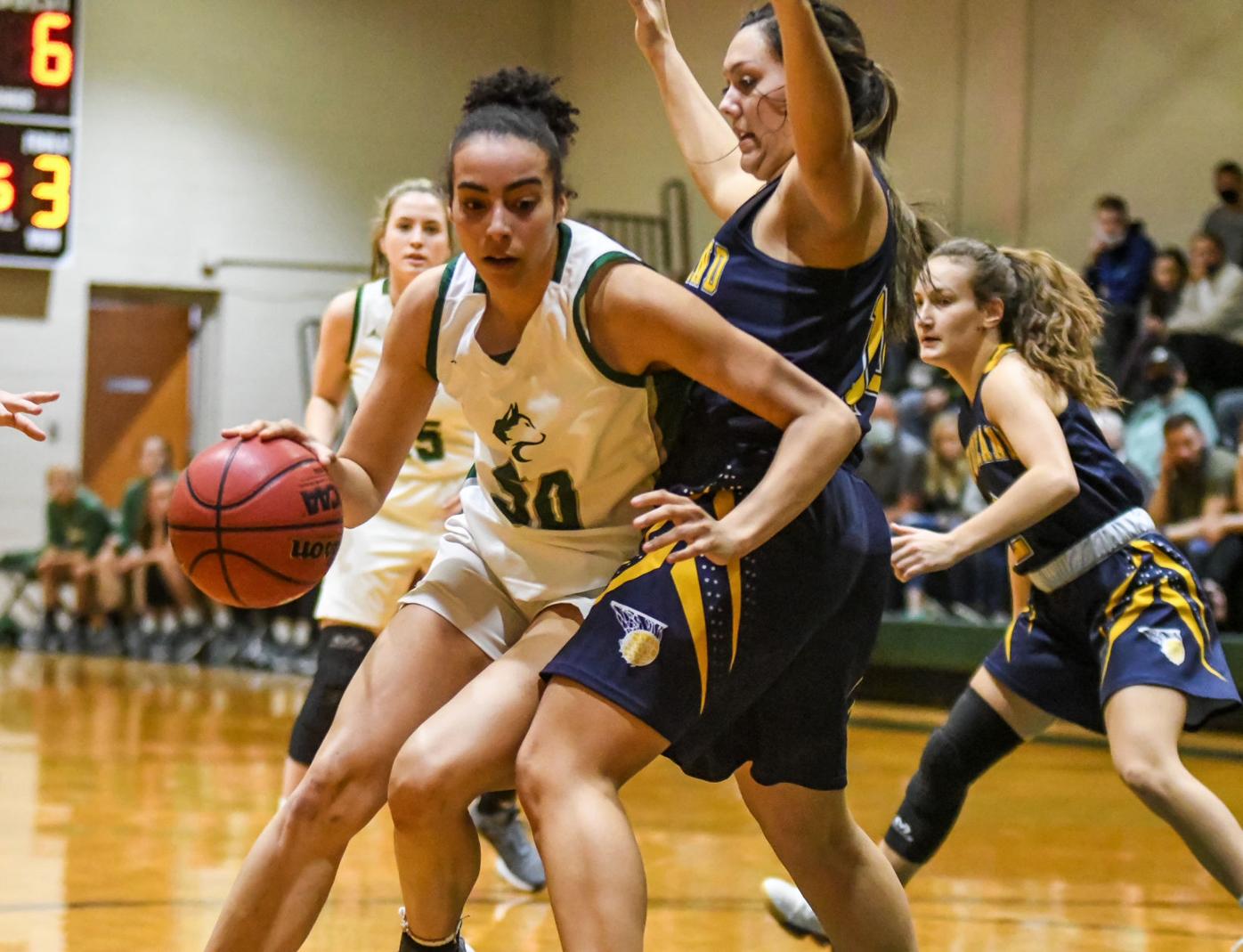 North Greene’s Brooklyn Anderson (50) tries to dribble around a Cloudland defender during North Greene’s 38-32 win the the District 1-A tournament championship game on Monday. 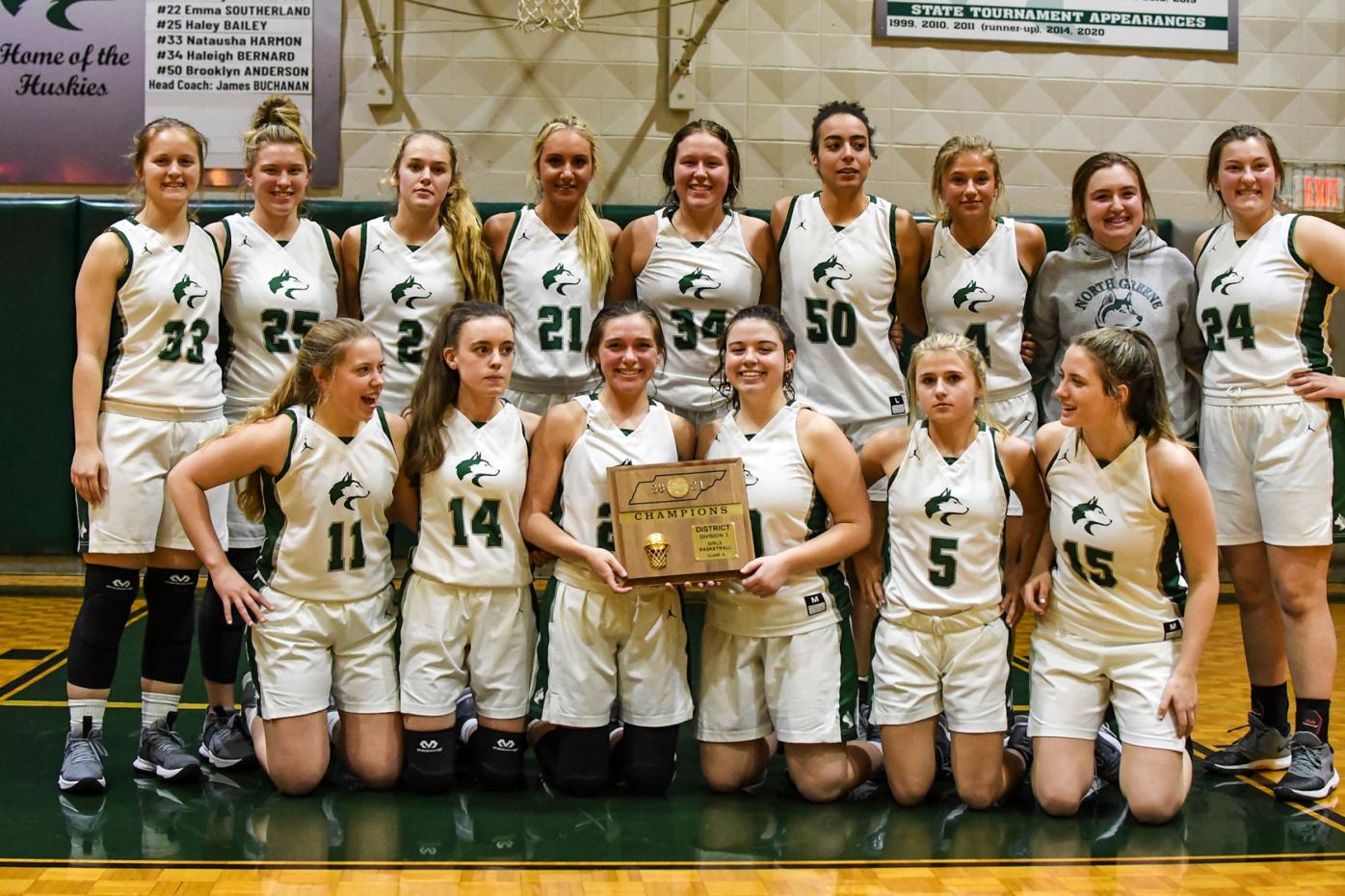 The North Greene Lady Huskies pose with their plaque following a 38-32 win over Cloudland in the District 1-A championship game on Monday. 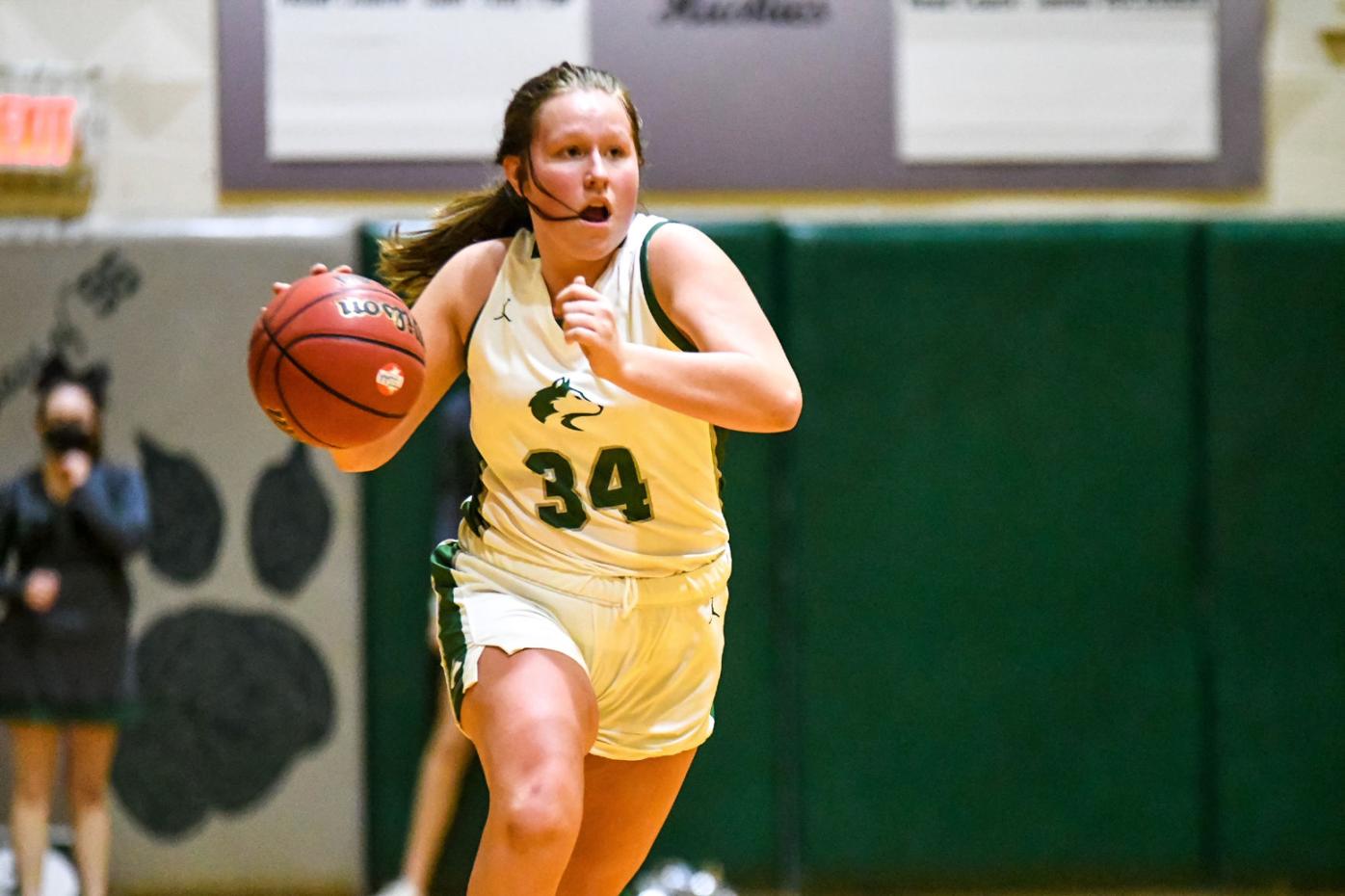 North Greene’s Haleigh Bernard pushes the ball up the floor during a 38-32 win over Cloudland in the District 1-A championship game on Monday.

North Greene’s Brooklyn Anderson (50) tries to dribble around a Cloudland defender during North Greene’s 38-32 win the the District 1-A tournament championship game on Monday.

The North Greene Lady Huskies pose with their plaque following a 38-32 win over Cloudland in the District 1-A championship game on Monday.

North Greene’s Haleigh Bernard pushes the ball up the floor during a 38-32 win over Cloudland in the District 1-A championship game on Monday.

When Cloudland and North Greene get together on the basketball court, it’s all about defense. Monday night was no different at the Huskies’ Den as the Lady Huskies captured their fourth straight District 1-A title with a 38-32 victory over the Cloudland Highlanders.

“It’s always a slugfest … very physical,” winning coach James Buchanan said, then added with a grin, “Maybe when we play we ought to just say the first team to 40 wins. But heck, neither one of us made it that far tonight.”

The Lady Huskies won despite not making a field goal in the third quarter and connecting for only two baskets from the field in the second half. But the charity stripe was very kind to them as they made 17 of 20 freebies, 15 of 18 in the second half and 8 of 10 in the decisive final period.

That stat was the difference in the game, as North Greene was able to keep the Highlanders off the charity stripe (only 5 of 6 for the game).

“We thought we could get to the free throw line and we kept pounding it inside,” Buchanan said. “Haleigh (Bernard) is an 80 percent free throw shooter on the year, and she made 7 of 8 in the second half, and Shelby (Davenport) hit 5 of 6. Those were crucial.”

Bernard was selected the tournament’s most valuable players.

Another key aspect to the North Greene win was their ability to always seem to have a hand in the face of the good Coudland shooters. Cloudland was 0 of 17 from the floor on 3-pointers until finally making one early in the final quarter.

“That was something we really focused on,” Buchanan said. “I thought we contested their threes really well.”

Although North Greene never trailed in the game, they were never able to put a safe distance between themselves and their opponent.

“It seemed like every time we would go up by five or six, they would make a run at us,” he added. “But that’s a credit to Cloudland and the fine team they are. Coach (Matt) Birchfield is such a good coach. And he was out there with a heavy heart tonight because he lost his dad to Covid his week.”

It was not a game for the weak hearted or those who don’t like to play physical. Cloudland crashed the boards hard at both ends and led in rebounding, but they couldn’t take advantage of the second chances on offense due to a poor shooting night.

The Huskies got the game’s first basket and never trailed. They went up 7-2 three minutes deep into the game, and they were up 9-6 at the first horn.

Buckets by Sonya Wagner and Brooklyn Anderson to start the second boosted the lead to 13-6, but Cloudland would not let the Huskies get a big streak going. They closed it to 13-10, had it at 17-16 late in the half, but a fast break layup from Bernard sent North Greene to the locker room with a 19-16 advantage.

The Huskies missed all 11 of their field goal attempts in the third period, but Bernard hit four straight free throws and Anderson added another as they built the lead to 24-16 with 5:46 left. Cloudland then showed their best rally of the night, reeling off seven points in a row with buckets from Jasmine Birchfield, Gracie Freeman and Ella Benfield to trail by only one at 24-23. The final points of the period were two free tosses by Anderson with 2:48 left that gave the home team a 26-23 lead.

The lead went back to seven points early in the fourth on free throws by Davenport and Bernard. But Cloudland finally got a 3-pointer to fall when Gracie Freeman hit one. A NG turnover resulted in a bucket from Mandy Benfield and it was 30-28 with 4:10 to go.

North Greene finally got their first field goal of the half when Anderson somehow came out of a pile of bodies under the offensive board and pushed back a layup to get the lead to 32-28.

Jasmine Birchfield made two free throws with 2:38 to go to close Cloudland to 33-30. They chased the Huskies all over the floor with their defense before reserve Zoe Sanders banked in a short jumper that was crucial as it boosted the lead to a two possession game with just under two minutes to go.

“That was a really big basket and I’m proud of Zoe for having the nerve to put that shot in the bucket at that point in the game,” Buchanan said.

From that point on, the Huskies were able to take care of the ball and made free throws down the stretch to keep the Highlanders at bay and escape with the 38-32 win.

“I told our seniors that they’ve done something that nobody else can top, and that’s win four district titles in a row,” Buchanan said. “I’m proud of them. Now we will get ready to play in the region, and we have Jellico coming in here Friday night for our first game.”

Jellico is the No. 4 team in District 2-A, losing to Washburn in their district consolation game. Cosby defeated Greenback for the championship of 2-A.

Anderson finished with 13 points and 10 rebounds to lead North Greene while Bernard finished with 12. Cloudland was led by Jasmine Birchfield with 10 and Gracie Freeman with nine.