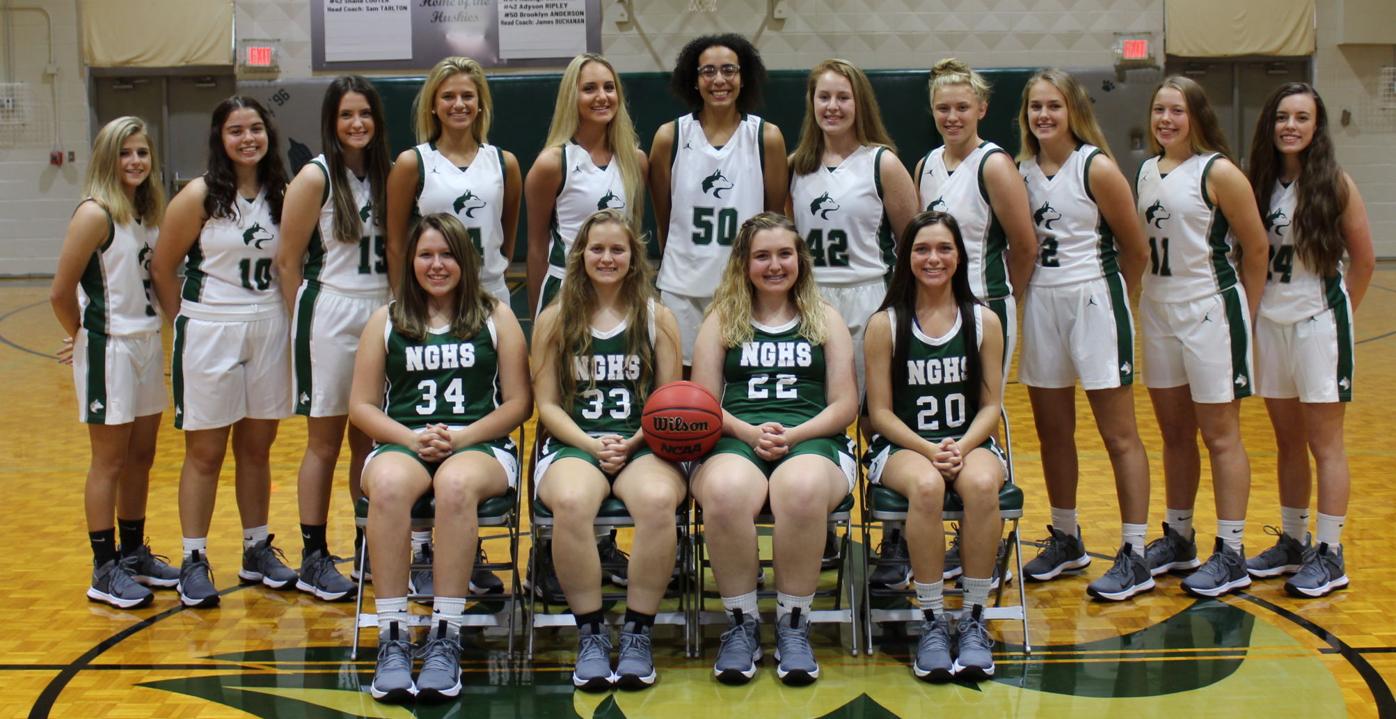 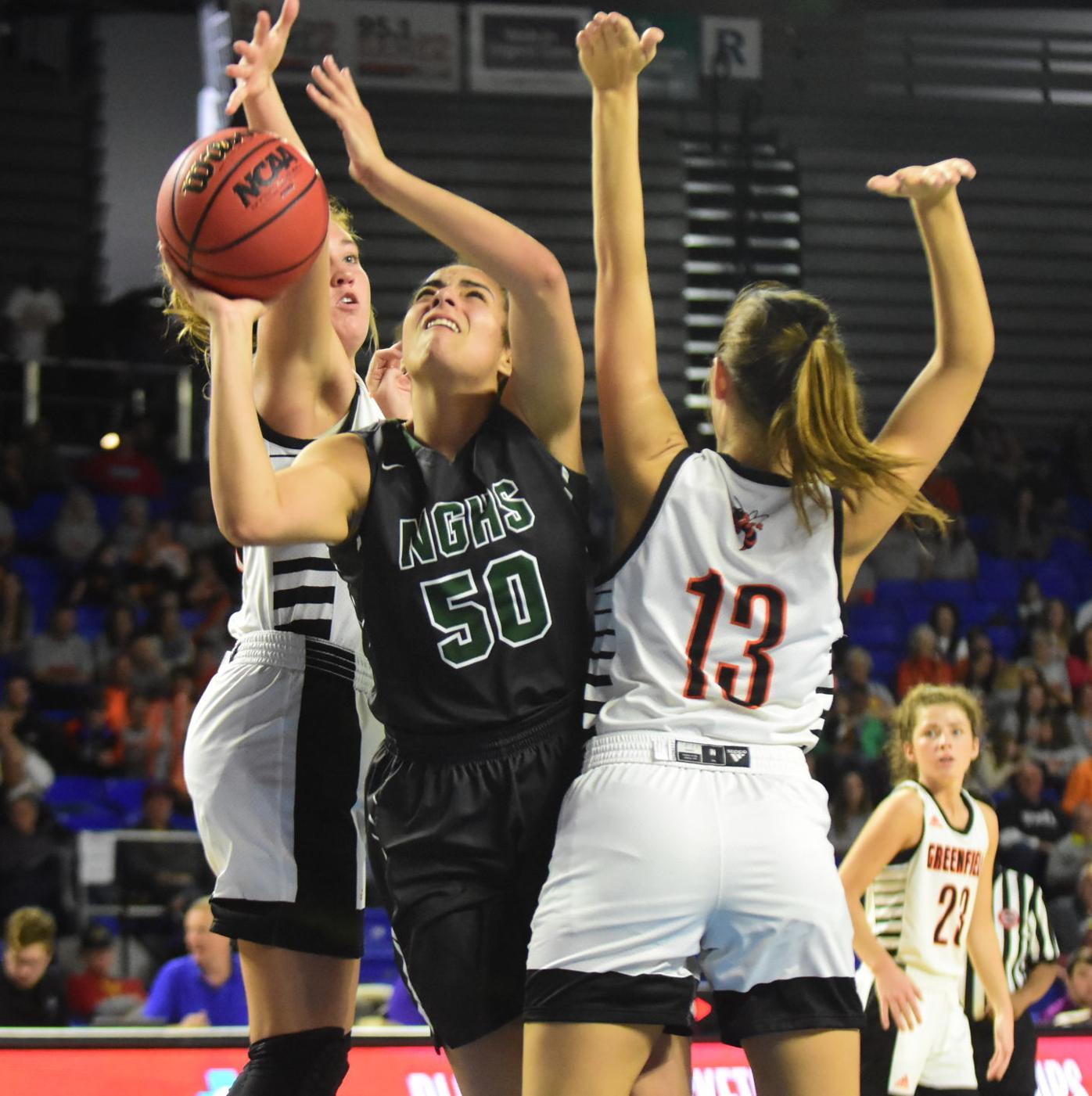 The North Greene girls are coming off a trip to the Class A State Tournament and are returning almost the entire roster, but the Lady Huskies enter the 2020-21 campaign knowing nothing is guaranteed.

“I think the girls know what we are capable of, but I try to remind them what could have happened last year,” North Greene coach James Buchanan said. “We played a barn burner with Cloudland in the district championship game. If that goes differently we might have to go to Cosby in the region. That is always a hard place to play.

“Things bounced in our favor last year, but we are well aware that things could have been different. It was not like we breezed our way to Murfreesboro. We had to win some close ones. We know we are not a shoo-in to go back, and the girls have been putting in the time and effort to try to duplicate last year.”

Having so much experience back will be very important to the Lady Huskies who have been limited in the preseason due to COVID-19 restrictions.

The Lady Huskies missed out on most of the work they would normally get in during the summer, and since practice began at the beginning of November Buchanan’s pool of available players has dwindled because of quarantines. But Buchanan expects many teams will have similar issues all season, as positive cases and close contacts continue to grow, and he thinks teams will have to be prepared to mix up their lineups.

“We may have a little bit of an advantage because we have so much of our rotation back,” Buchanan said. “They were all here last year and we haven’t changed what we are going to do that much. I know a lot of teams don’t have that luxury. But still it has been tough to get everybody here at practice at the same time, and you may see some rust early.”

The Lady Huskies’ two senior starters, Savage and Bernard, have been hugely important in the preseason and will be important in leading North Greene through what could be a tumultuous season.

Bernard is a forward who can do a little bit of everything on the offensive end of the floor. She will be one of North Greene’s best perimeter shooters while also having the ability to be an athletic mismatch on the block.

Savage is a veteran point guard who will be counted on to direct the offense while being a pest on the defensive end of the floor.

“Those two have already been important to us,” Buchanan said. “In our practices I can put something in, and immediately those two are helping the younger players along. It has been a blessing that I have two seniors that have played that many minutes. Not only have they played, but they have played major minutes in big-time games, and they have turned in some tremendous performances in those games.”

North Greene’s top returning player might be Anderson, a junior who was selected to the Tennessee Sports Writers Association’s Class A All-State team last year after averaging 12.7 points and 11.5 rebounds per game. Her size and strength will frustrate most team’s on the Lady Huskies’ schedule, while on the defensive end she will alter shots and swallow up rebounds.

Also returning to the starting lineup are junior guards Shelby Davenport and Emily Britton. Both have started since they were freshmen and Buchanan knows he can count on them both to make plays when called upon.

The Lady Huskies’ top two bench players from a year ago are back as well. Junior Hailee Englsih is one of the team’s top shooters and can come into the game and be an instant offensive spark. Sophomore Sonya Wagner is someone who Buchanan thinks can become an elite scorer while also adding some size and strength to the guard rotation.

“Hailee has elevated her game to the point to where I think she is one of the better shooters in our area,” Buchanan said. “I think she has earned more playing time. Then Sonya Wagner can be an explosive scorer. She is making some youthful mistakes, but her potential may exceed everybody on the roster.”

Last season the Lady Huskies used a seven-person rotation most nights, but this year Buchanan thinks it is likely that he will have to go deeper into the lineup as players are held out because of coronavirus precautions.

“We talked about it in practice, and you always tell them they have to be ready to be called on, but when you are No. 15 on a roster of 15 you pretty much know you are not being called on,” Buchanan said. “This year you may get two in foul trouble, one with a bloody nose and six in quarantine. Then No. 15 might have to play some big minutes.

“We have tried to emphasize that, and told the girls it’s not just about effort, but attentiveness in practice.”

One thing several members of his team have done to make sure they do not get held out because of contract tracing is they have chosen to become virtual learners instead of attending school in person. Since they will not be in the school building, a classmate testing positive for the virus will not impact whether those players will be able to take the court.

“A lot of my kids have chosen to go virtual,” Buchanan said. “If they are at home, they are much less likely to be sitting next to someone who tests positive.

“We are in the education business first, and obviously in a class with a teacher is the best way to learn, but those families have made the decision they think is best for them. Some of these girls had to be quarantined, and they realized what that actually meant. And that made them decide to go virtual, so they hopefully didn’t have to do it again.”

Among players who will add to North Greene’s deeper bench this year are seniors Emma Southerland and Natausha Harmon.

Zoe Sanders is a sophomore transfer who will add some depth at the point guard spot. Grace Buchanan is a sophomore who has become a reliable shooter and ball handler over the offseason, and Campbell Gaby is what Buchan describes as a “blue collar” player who the Lady Huskies can count on to fight for rebounds and loose balls – the dirty work – even though she is undersized.

Buchanan also has three freshmen who he thinks can be good players for his program down the road in Heidi Harmon, Haley Bailey and Adyson Ripley.

North Greene won both District 1-A and Region 1-A last year. The Lady Huskies had to beat Cloudland in close games both times to do it.

Buchanan also expects Hampton and Unaka to be better, which will make it a challenge for the Lady Huskies to repeat.

The TSSAA has also decided that the higher seeded team will host postseason games this season, which will make regular season district games even more important in an already tough league.