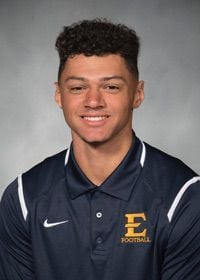 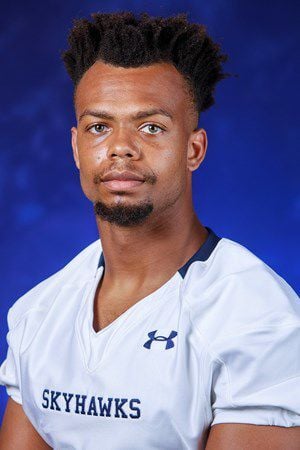 Greene County will be well represented in the Football Championship Subdivision playoffs.

A redshirt sophomore, Price just helped eighth-ranked East Tennessee State University (10-1) win the Southern Conference championship Saturday with a 38-35 win over No. 21 Mercer. He caught three passes for 62 yards. For the season, Price has 16 catches for 242 yards in seven games played.

The Buccaneers will host Kennesaw State or Davidson in the second round of the FCS playoffs at 2 p.m. on Dec. 4 at William B. Greene, Jr. Stadium.

Price lettered in football, basketball and track at West Greene, where he was a two-time Mountain 6 Conference Player of the Year and a four-time All-Conference selection. He earned All-State accolades his senior year in 2017 after setting multiple WGHS records and was a two-time All-State track and field selection.

Young, who played at Greeneville from 2013-16, has helped UT-Martin to a 9-2 overall record this season. The redshirt senior safety has 44 tackles, four pass breakups, an interception and a forced fumble in his eight games played. Young posted a season-high 10 tackles against both Northwestern State and Murray State, with his pick coming against Eastern Illinois. He has five interceptions in his career.

In high school, Young helped the Greene Devils win conference championships in all four years, with two trips to the state quarterfinal round. He was named Region 1-4A Player of the Year and 4A All-State as a senior, with 477 yards and eight touchdowns receiving along with five interceptions and 42 tackles on defense.

Young and the Skyhawks open the playoffs at No. 14 Missouri State on Saturday.