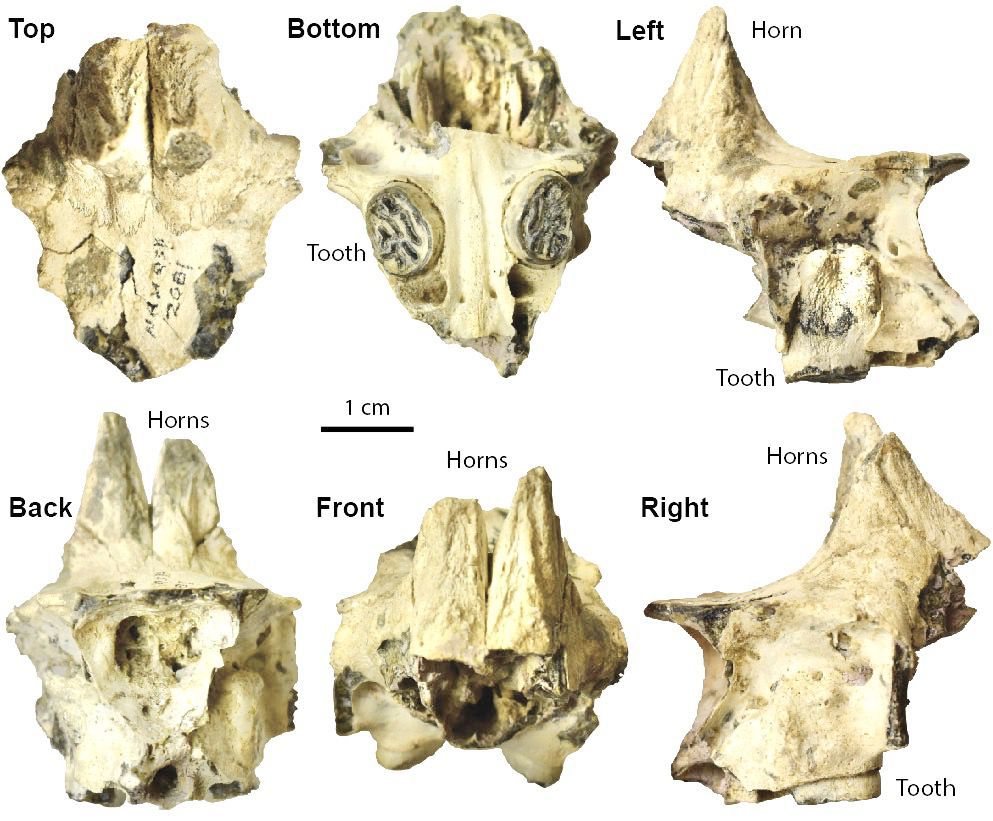 This photo shows several angles of the fossil, preserving part of the face of the new species of horned rodent. Image by Jonathan Calede. 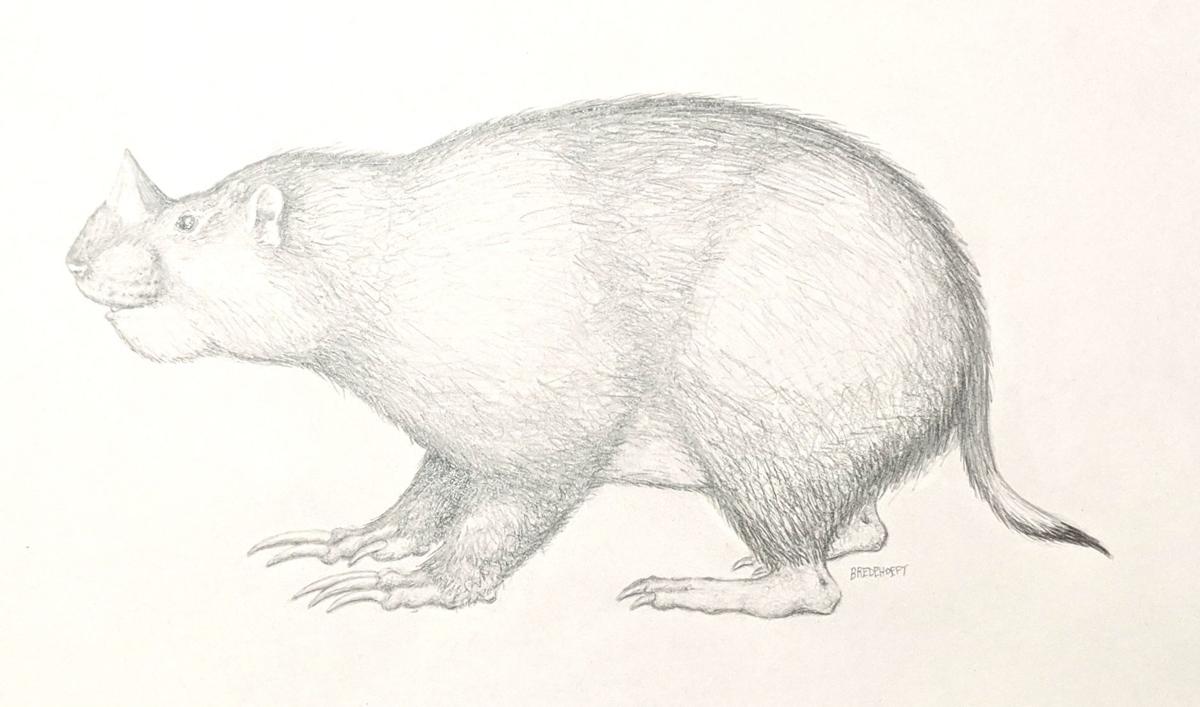 This photo shows several angles of the fossil, preserving part of the face of the new species of horned rodent. Image by Jonathan Calede.

JOHNSON CITY – Picture a groundhog-sized animal with horns on its nose like a rhinoceros, and you have a pretty good idea of the new species of extinct rodent described in a recent paper in the Journal of Systematic Palaeontology. It is only the sixth species of “horned gopher” ever discovered, and it has allowed researchers to tackle some questions about why and how these little critters evolved horns.

The six known species of horned gophers belong to an ancient group of rodents called mylagaulids, whose closest living relative is the rare and unusual sewellel of western North America. The new fossil was collected in northwest Nebraska from rocks dating back to about 10 million years ago. The fossil consists only of part of the rodent’s face, but that was enough for the researchers to study the side-by-side pair of 17-millimeter-tall horns on its nose and to describe it as a new species: Ceratogaulus cornutasagma.

What does a rodent need with nose horns? In the past, scientists have suggested the horns might have been for display, competition with rivals, defense from predators or maybe even to help the rodents burrow through the ground. Based on the results of this new study, these authors favor the idea that the horns were defensive.

“Imagine something like a groundhog or prairie dog poking their head up out of a burrow, and the first things that come out are the horns,” said Samuels. “That may have deterred some predators.”

Comparing this new species to its cousins, the team observed that as these horned rodents’ body size increased over time, their horns grew larger at an even faster pace. The earliest species, which appeared around 16 million years ago, were small with little horns, while later species, which lived until about 5 million years ago, were larger and had horns as tall as 33 millimeters, impressively big even for their body size. The new fossil is an intermediate. As the rodents got bigger, so did their need for a large horn. A similar trend is seen in certain lizards that use horns for protection against predators.

“We are thinking of the new species as a relatively large rodent that would have spent a fair amount of time foraging on the surface for forbs and grasses (as opposed to underground for roots and tubers),” said Calede. All that extra time spent up on the surface would have exposed these animals to predators, including some familiar faces that were new on the scene.

“At the time this group of rodents were evolving, several new types of predators showed up in North America, including badgers, skunks and buteonine hawks,” said Samuels.

The fossil evidence reveals an evolutionary story. The ancestors of these rodents appear to have developed thickened nose bones to help them burrow with their faces. When some species began making frequent forays above ground where predators abound, those sturdy noses provided a good foundation for the evolution of bony knobs, then small horns, and finally the large horns of later species.