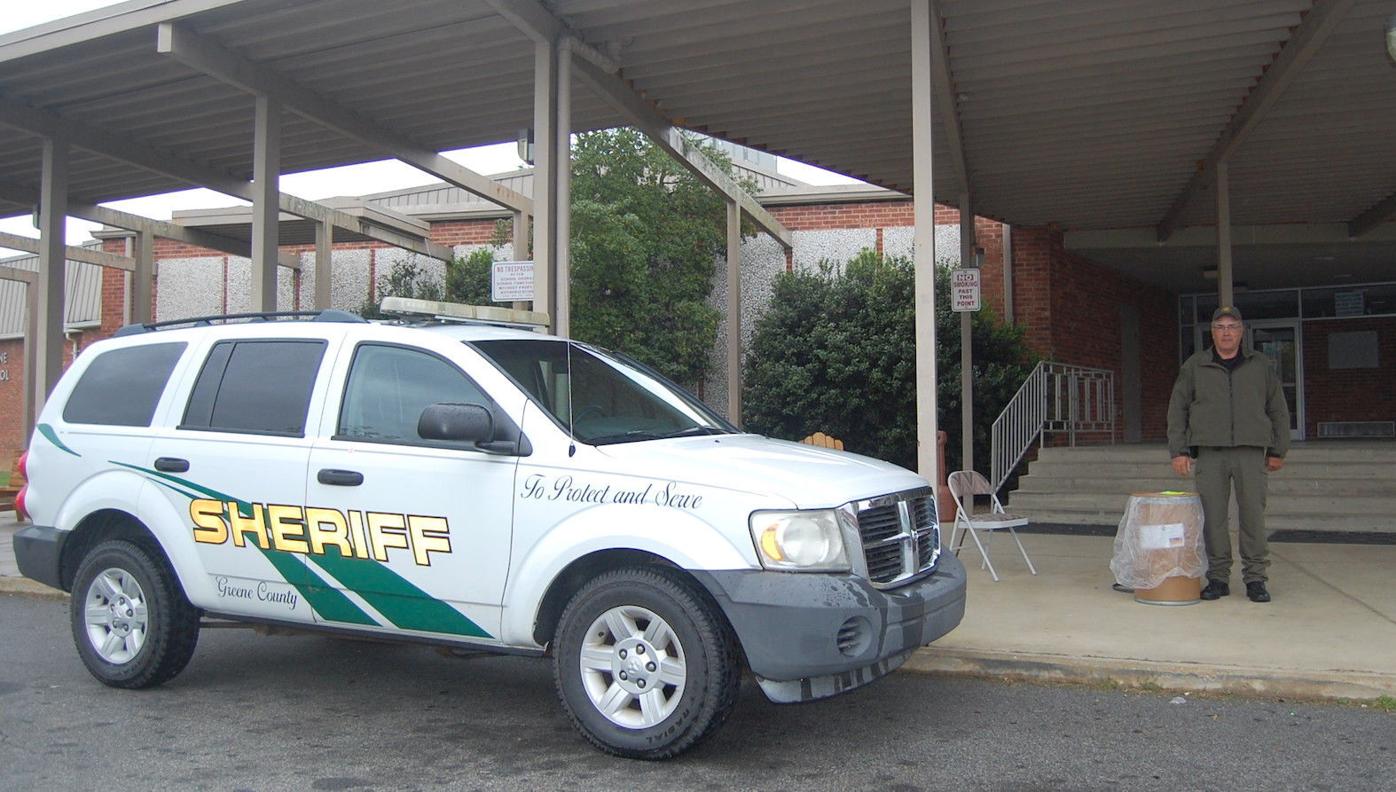 Randy Weems of the Greene County Sheriff’s Department stands outside West Greene High School Saturday, where he collected unused, expired and unwanted prescriptions in the barrel at his right

Randy Weems of the Greene County Sheriff’s Department stands outside West Greene High School Saturday, where he collected unused, expired and unwanted prescriptions in the barrel at his right

Over 300 pounds of expired or unneeded prescription drugs were collected by local law enforcement on Saturday in the 20th National Prescription Drug Take Back Day.

Through a partnership between substance abuse prevention coalitions and law enforcement agencies, the national event is designed to provide a way to help prevent substance abuse by removing harmful and potentially addictive or dangerous expired, unused or unwanted prescription medications from homes so that they can be disposed of safely. Agencies typically host two collections annually, but the 2020 events were impacted by the pandemic.

“We just encourage people to participate,” Weems said. “It’s free, and we ask no questions. They can just drive up, drop it off and drive on.”

Weems explained the drugs go into barrels, which are sealed, weighed and incinerated, keeping the drugs out of the local waterways as well as preventing substance abuse within homes.

He said a large portion of the population served by the events is people who have lost a loved one after an illness or parents and family of children.

“It’s a good thing. It helps keep things kids shouldn’t get into away from them,” Weems said. “It’s a great public service to the community.”

According to a press release from the state Department of Mental Health & Substance Abuse Services, Saturday’s event was particularly important because the Take Back Day planned for April 2020 was canceled due to the pandemic, and collections statewide in October amounted to one third of the amount collected in October 2019. The pandemic also limited access to permanent drop boxes, the release said.

“We had a great turnout,” Jeffers, of the Tusculum Police Department, said.

“It was a great success, and hopefully people will come back to see us this October with their unwanted medication,” Rader said of the Sheriff’s Department’s sites.

According to national research, about two thirds of people who misuse or abuse prescription medications obtain the medications from family or friends, the release from the state said.

“We know most people who get addicted to opioids start with a prescription,” said Tennessee Health Department Commissioner Lisa Piercey. “That is why it is important to properly dispose of your unused prescription drugs, to prevent the unintended consequences of misuse which can lead to addiction and use of fentanyl and other drugs which are having an outsized impact on drug overdose deaths in our state.”

While data from the Tennessee Department of Health shows Tennessee doctors are prescribing potentially addictive opioid medications at much lower levels than in recent years, the release said, there were still over 5 million prescriptions filled in 2020.