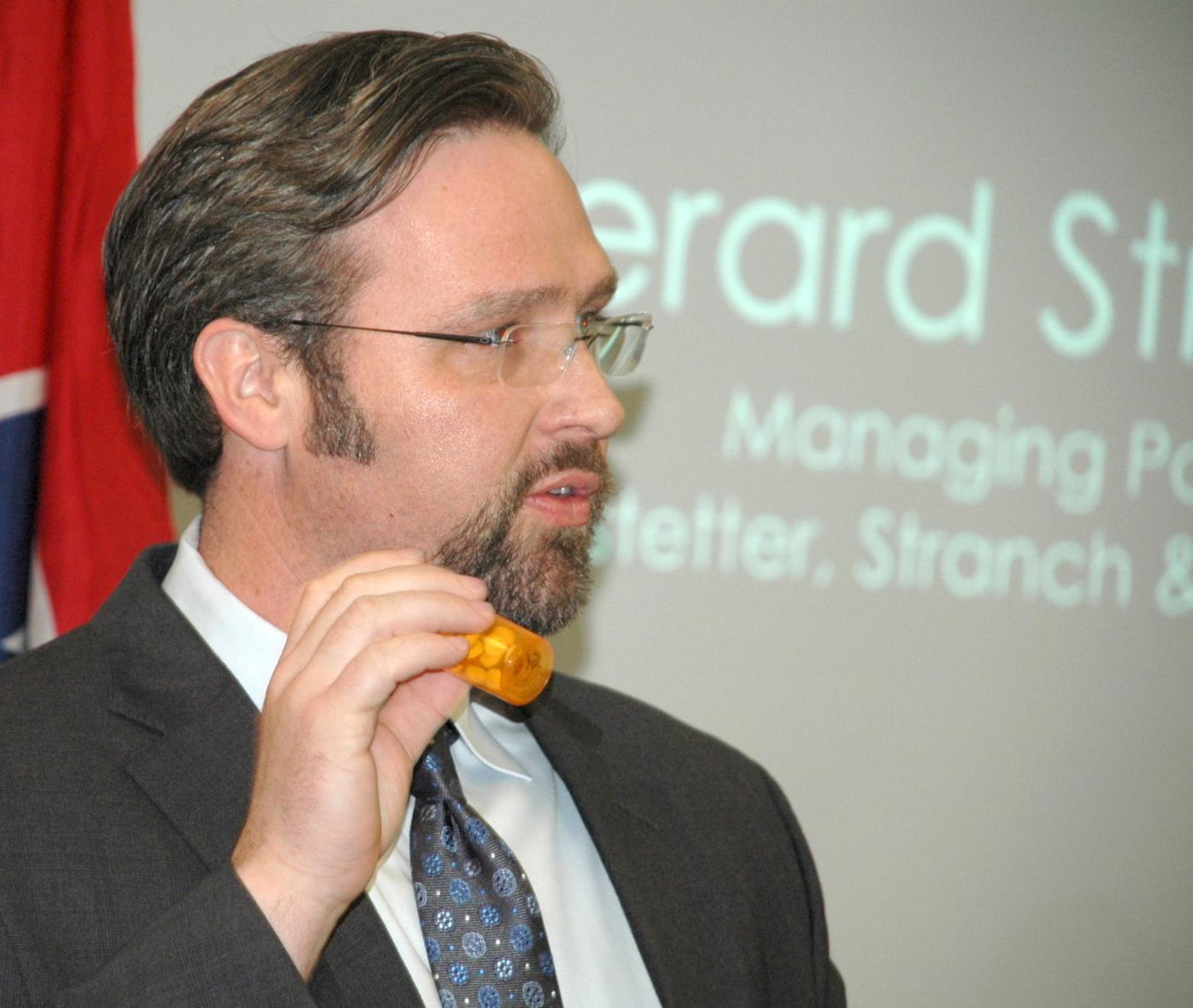 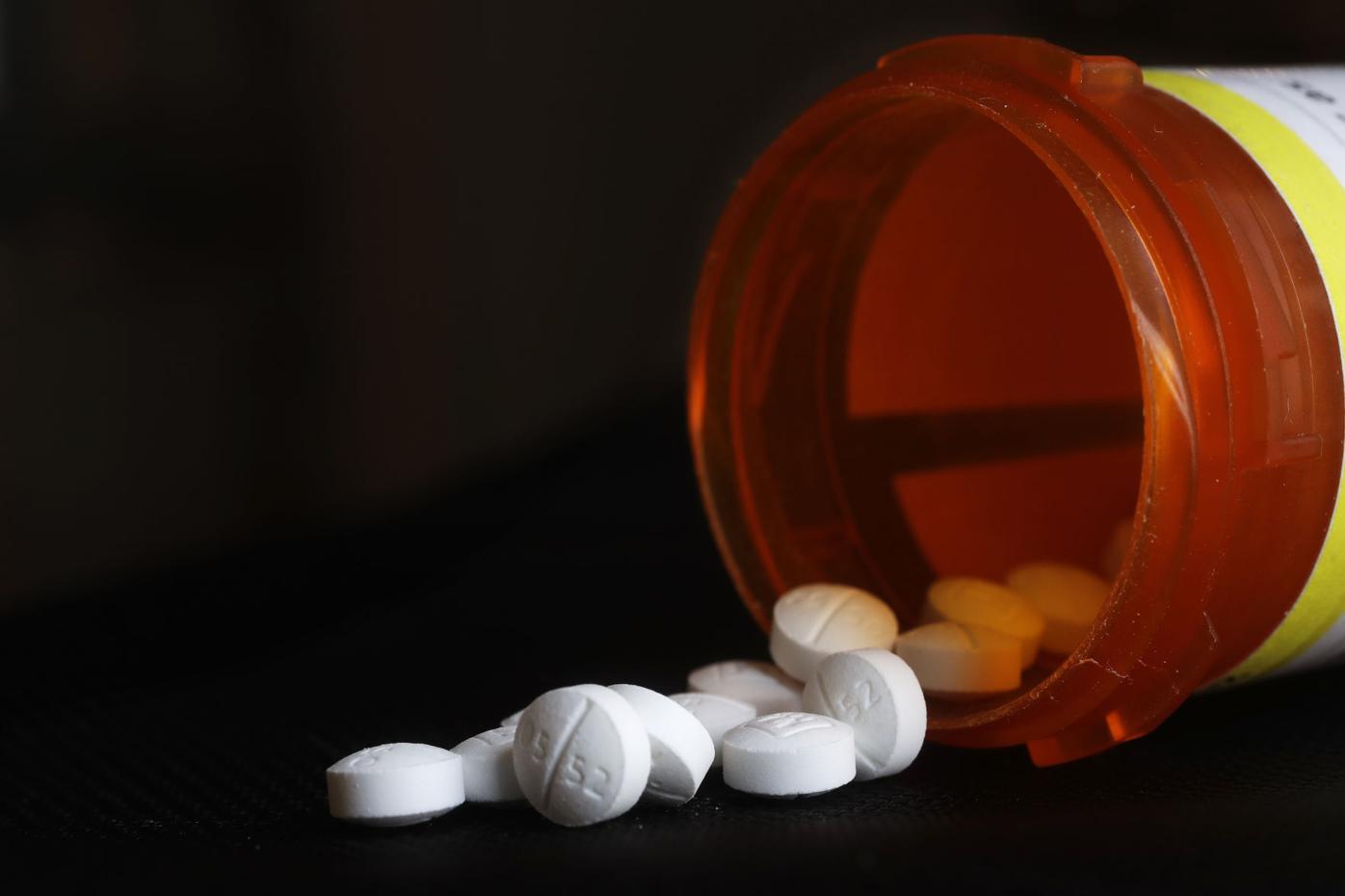 This 2018 file photo shows an arrangement of opioid pills in New York.

This 2018 file photo shows an arrangement of opioid pills in New York.

Cash to communities ravaged by the opioid addiction epidemic will begin flowing soon after a settlement in the four-year-old “Sullivan Baby Doe” lawsuit was announced Thursday.

Endo Pharmaceuticals Inc. will pay out a $35 million settlement to be distributed to nine Northeast Tennessee counties that are plaintiffs in the landmark civil action filed in June 2017 to hold painkiller manufactures responsible for their role in the opioid addiction epidemic.

With the announcement, the damages phase of a trial scheduled to begin Monday in Sullivan County Circuit Court is not necessary.

“The Baby Doe case has settled, so there will be no trial,” Stranch said.

Most of the funds from the $35 million settlement, after legal fees and other expenses are deducted, will be distributed to each county that is represented in the lawsuit, including Greene.

Counties will each receive a share of the settlement money and meet with municipalities to determine the share each one receives, said Stranch, a Kingsport native and managing partner of the Nashville law firm of Branstetter, Stranch and Jennings that worked on behalf of the district attorneys general.

Stranch said that county and municipal officials can use the funds to address the opioid epidemic as they see fit, focusing on the problem as it affects their communities.

“There will now be significant funds going into the communities that will be put to work immediately,” he said.

“I am extremely pleased that significant resources will be available to the counties and municipalities in the 3rd Judicial District within the next few days to begin addressing the addiction problems that have devastated our communities,” Armstrong said Friday.

He said the settlement is just the first step in an ongoing campaign to combat the opioid addiction epidemic.

“The opioid suit was just a start. I will continue to look for ways to hold accountable those who have contributed to the problem and to bring needed resources into the 3rd Judicial District to address the problem,” Armstrong said.

“We’re pleased to reach this agreement because the immediate outcome is that financial resources will soon be arriving in areas that have borne the brunt of the opioid epidemic,” Stranch said. “Unlike other arrangements, funds from this agreement will be delivered directly to plaintiffs and paid out as a lump sum, not routed into state coffers and doled out over decades.”

The Sullivan Baby Doe suit, filed in 2017 as Staubus vs. Purdue Pharma, was one of the first to challenge opioid producers, and the first to include a baby born with Neonatal Abstinence Syndrome as a plaintiff. The baby, whose mother was addicted to opiates, was born in 2015 at Holston Valley Medical Center.

Under the terms of the agreement, funds will be placed in a trust and help secure the well-being and care of Baby Doe. Stranch said that funds will also be divided among participating cities and counties based on population levels, “with no restrictions on how the resources are to be expended.”

“The municipalities understand their particular needs better than anyone else, and they can direct these funds to the areas and projects where they are the most needed,” he said.

Proceeds from the settlement are expected to be available within the next 30 to 60 days.

No taxpayer funds were used in litigation of the case, which aligns with the nine-county footprint of Tennessee’s 1st, 2nd and 3rd judicial districts.

“From day one, our goal was to draw attention to the damage that addiction causes in communities, especially to the suffering of infants who are born drug dependent,” said Staubus, whose district includes Sullivan County, which he characterized in 2017 as “ground zero” of the opioid addiction crises.

“While there’s no way to ever replace or restore the lives that have been disrupted, the resources from this settlement can help us repair some of what’s been lost and give us the tools to help prevent this from happening again,” Staubus said Thursday. “The pill mills that we have shut down and the settlements we have received send a strong signal that northeast Tennessee is not open for exploitation. We know how to fight, and we fight back.”

The Sullivan Baby Doe lawsuit originally listed as defendants corporate opioid manufacturers Purdue Pharma, L.P., its related companies; and Mallinckrodt PLC, along with Endo. A “pill mill” doctor and other convicted opioid dealers were also named in the suit, which served as a template for hundreds of others filed by prosecutors and municipalities in Tennessee and across the country.

Plaintiffs claim in court filings that painkiller manufacturers are responsible for the opioid epidemic in northeast Tennessee. They maintain that that opioid manufacturers aggressively marketed and promoted use of the addictive painkillers with full knowledge of the damage the highly addictive drugs were doing.

“As a result of national scrutiny and prosecution, brought in part by Sullivan Baby Doe’s arguments, Purdue and Mallinckrodt both declared bankruptcy,” Stranch said.

Damage settlements against those companies continue to be pursued.

Endo remained the only active corporate defendant. Endo issued a news release last week stating an “agreement in principal” was reached to settle the case.

Rather than go through the lengthy legal process of a trial and waiting to receive a settlement from Endo, “We came to the conclusion that this was the top dollar that we would be able to come away with and put to work,” Stranch said.

Stranch said communities hit hard by the opioid epidemic will now have resources to help the recovery process.

“We have made a difference and stopped the flow of hundreds of thousands of pills into the community,” he said.

Armstrong said Thursday that he joined the lawsuit in 2017 with three goals: to curtail the flow of painkillers coming into Greene and other counties in the region, hold those responsible for the addiction epidemic accountable and to get resources required to address the crises.

The settlement accomplishes the goals, “but there’s a lot more to be done,” Armstrong said.

Some of the Endo settlement money may be used to establish mobile addiction treatment units “to get to the people where they are,” Stranch said.

He said the amount distributed to each county using a population-based formula will be made public next week.

“It can be used however they want, based on their different needs,” Stranch said. “I think it’s going to be different on a county-by-county and city-by-city basis.”

Negotiations between counties and municipalities to determine funding distribution are underway.

Stranch said he hoped the Sullivan Baby Doe lawsuit would serve as a “blueprint” for other communities across the country.

“We now have a viable way to treat and attack this problem,” Armstrong added.

Armstrong said he, Staubus and Baldwin have discussed using some of the settlement money to establish a regional treatment facility, possibly at the former Greene Valley Devlopmental Center site.

“I have spoke with the state to repurpose Greene Valley,” Armstrong said.

The agreement is the largest that any prosecution has reached with Endo to date, exceeding a $10 million settlement paid to two Ohio counties in 2019, and $8.8 million paid to the state of Oklahoma in 2020, areas with far higher population levels than the participating counties of northeast Tennessee.

Endo stated in a news release last week that the settlement “will include no admission of wrongdoing, fault or liability of any kind by Endo, and the settlement value should not be extrapolated to any other opioid-related cases or claims.”

“This is a priority for us, win, lose or draw,” he said. “This is a historic moment. This is a wonderful resolution and (the settlement) will provide help immediately. We want people who need help to know.”