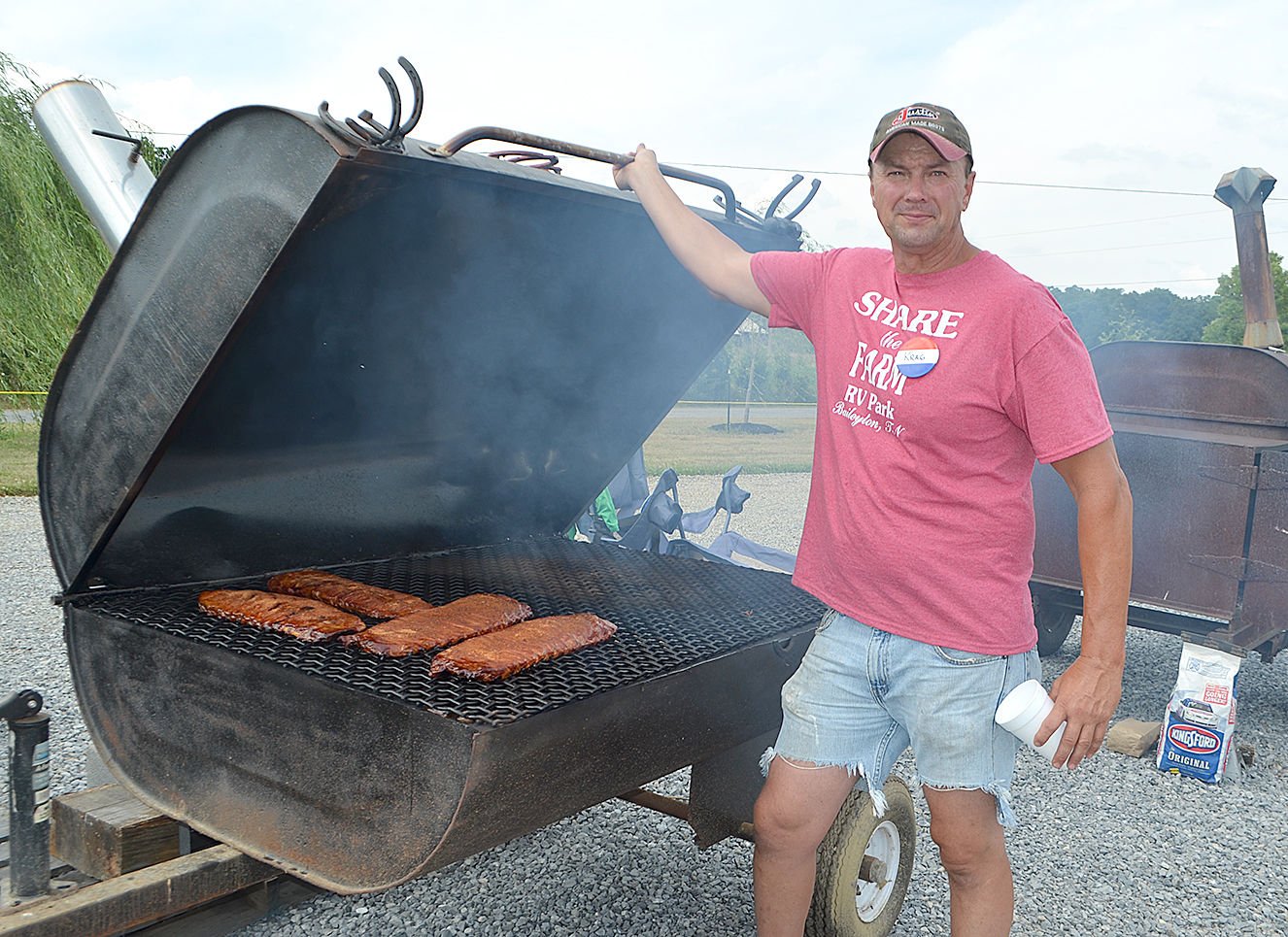 Craig Gaby was one of several  barbecue vendors at a bluegrass music festival in Baileyton held on Saturday. 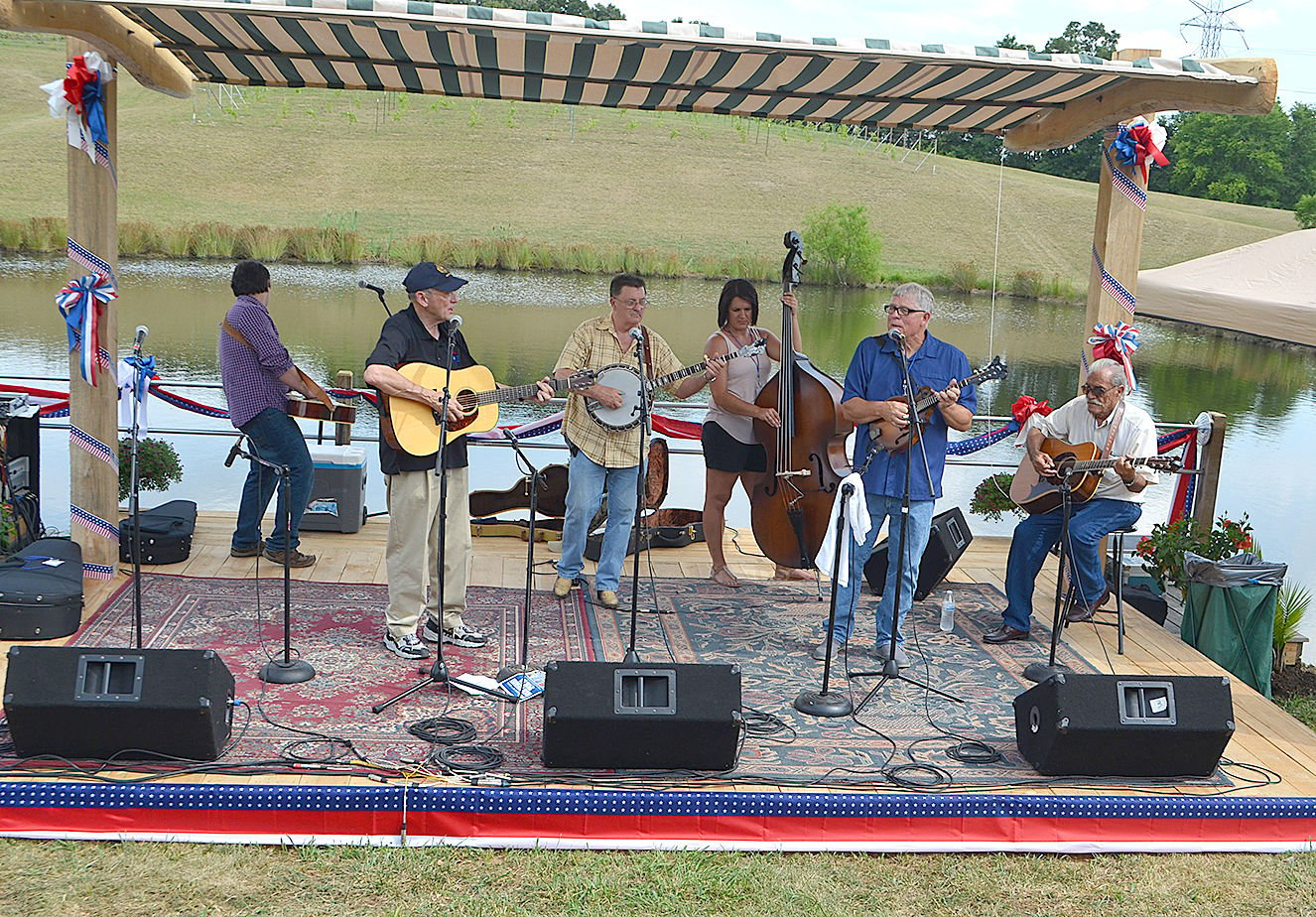 Craig Gaby was one of several  barbecue vendors at a bluegrass music festival in Baileyton held on Saturday.

Bluegrass music mingled with sizzling temperatures and steady breezes at a fundraiser festival held in a modern RV park in Baileyton Saturday.

Over 200 people attended the "Another Day in Paradise" Bluegrass Music Festival at the Share the Farm RV and Music Park in town, enjoying hay rides, barbecue, fishing and more, according to organizer John Brown.

Proceeds from the day-long event went to the Wounded Warrior Project, Brown said.

U.S. Congressman Phil Roe jammed with fellow musicians from the bluegrass band, Tennessee Skyline, who performed on a stage recently erected over a large pond in the center of the RV park.

Roe played a Martin guitar and sang along with the band. Tennessee Skyline features former Surgoinsville Mayor Johnny Greer, who worked with Roe during part of his eight-year tenure as mayor.

Roe said he and Greer were "mutual bluegrass fans." Other members of Tennessee Skyline that performed were Matthew Hurd, Tommy Freeman, Elizabeth Snodgrass and G.C. Matlock.

"I thought it went pretty good for a first-time event," Brown said.

Also performing at the bluegrass festival were Josh Miller, who gave a solo performance, Icy Hollar, and the Dread Scots.

Brown said he worked diligently for over a year to get Roe to perform on stage at the festival, which also featured cornhole games, kite flying and catch-and-release fishing.