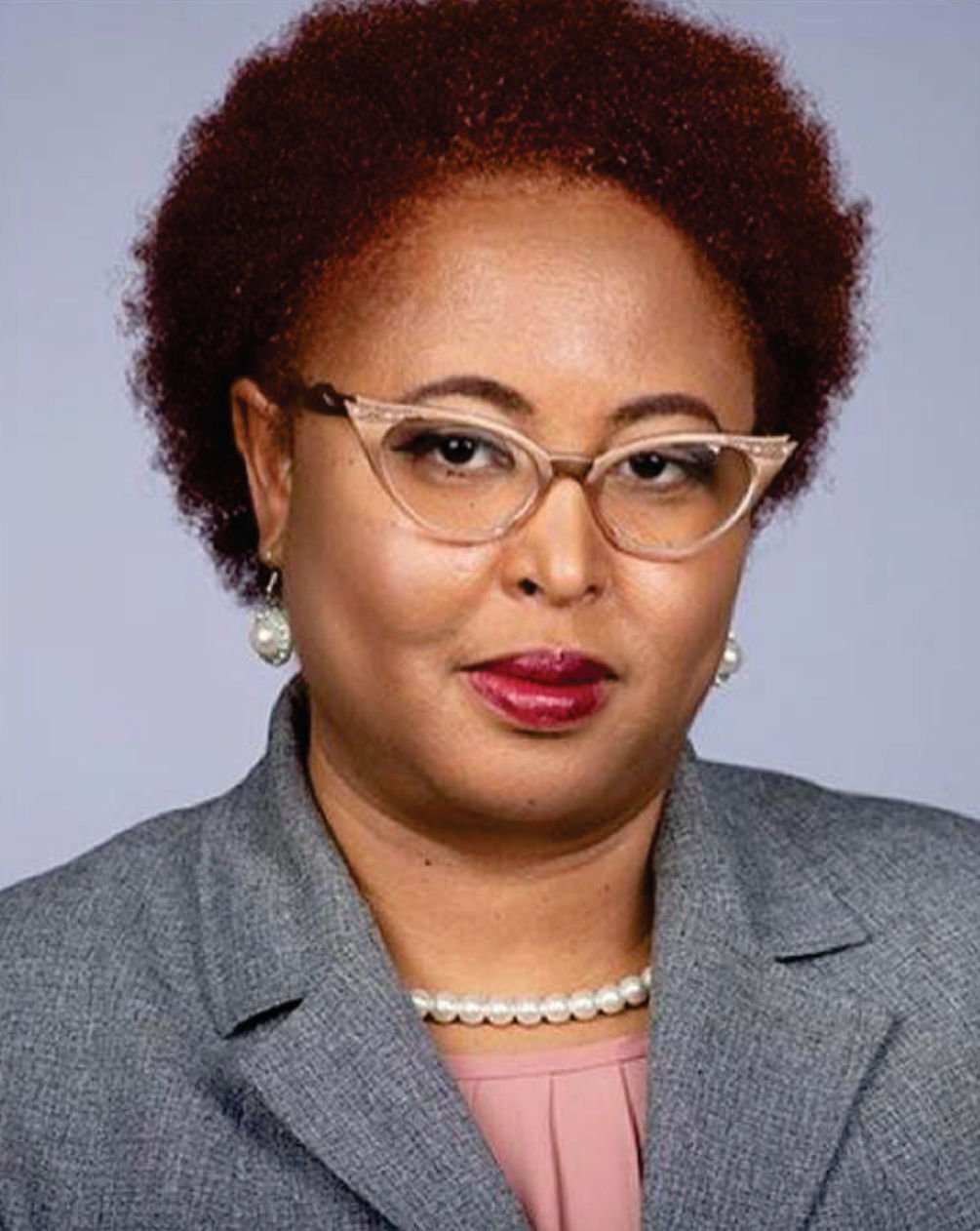 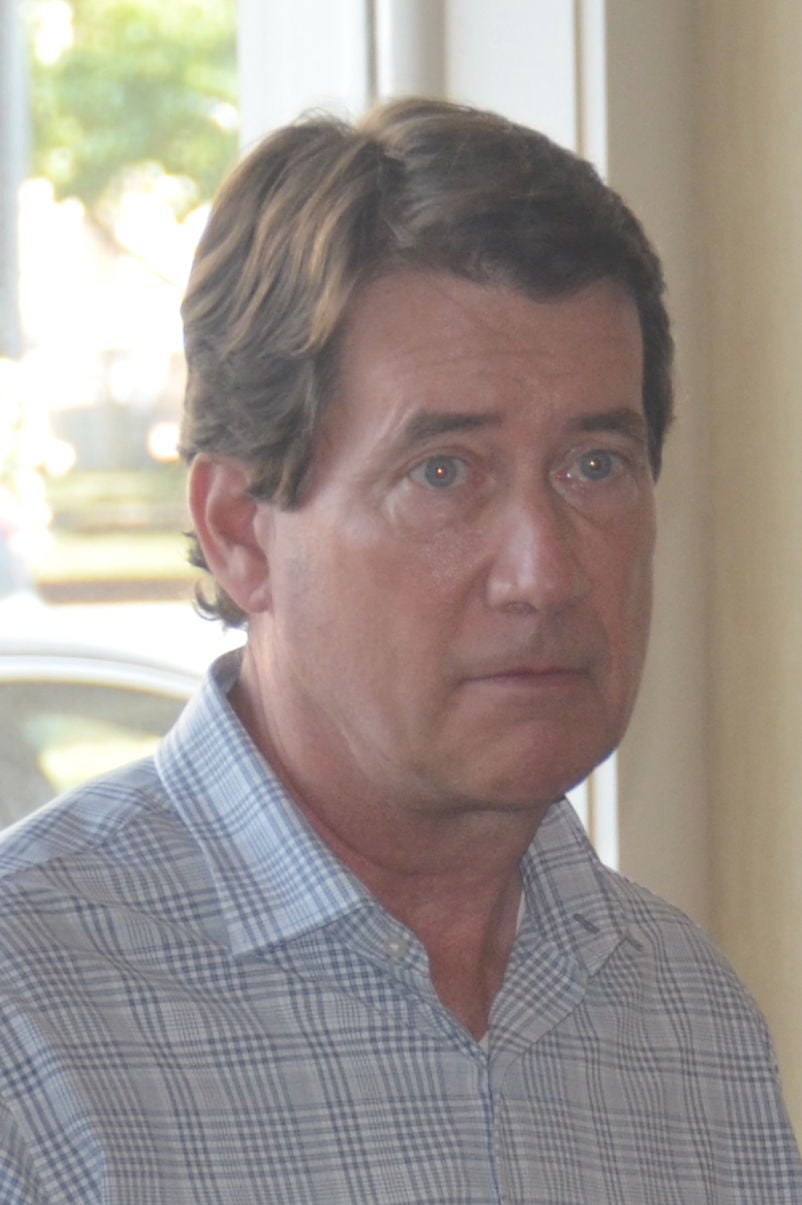 The announcement by Sen. Lamar Alexander that he would not seek reelection brought out a host of candidates from both major parties seeking the candidacy.

Marquita Bradshaw is a Tennessee native who has extensive experience in the environmental justice movement and an advocate for human rights.

Bradshaw grew up South Memphis and is an alumna of University of Memphis. Her introduction to the environmental justice movement came after her grandparents and many others in her neighborhood died of cancer connected to a landfill at the nearby Army Defense Depot. She joined her family and other neighbors in advocating for changes in environmental policy, according to her campaign website.

As a working single mother raising her son, Bradshaw has experienced both the highs and lows of a worker and has been “one job away from middle class and one job-loss away from poverty,” her website stated.

Bradshaw is the environmental justice chair for the Tennessee Chapter of the Sierra Club. She also serves on the boards of the International Coalition to Ban Depleted Uranium Weapons, the African American Environmental Justice Network, the Military Toxics Project, Youth Terminating Pollution, and the Mid-South Peace and Justice Center.

Bill Hagerty, a former ambassador to Japan, is seeking his first elected office.

Hagerty served from August 2017 to July 2019 as ambassador to Japan and served from 2011 to 2014 as the commissioner of the Tennessee Department of Economic and Community Development.

He also served as senior leader in President Donald Trump’s transition team in 2016 and is a member of the administration’s Great American Economic Revival Industry Groups task force to help revitalize the economy from the impact of the coronavirus pandemic.

Wanting to do more for rural communities and realizing much-needed change had to come from the federal level led Hagerty to support Trump in 2016, he says. He volunteered full-time as chair of the campaign in Tennessee, according to the candidate’s website.

A native of Gallatin, Hagerty was the son of a career school teacher and a veteran who worked in road construction. As a boy, he raised pigs and cattle, baled hay and later worked road construction like his father, mostly shoveling asphalt.

After graduating college, Hagery built a successful business career. He began his career in the financial sector with the Boston Consulting Group and eventually moved on to Trident Capital before forming Hagerty Peterson & Company, LLC, a merchant bank and private equity investment firm for which he is managing director.

Here are the candidates’ answers to The Sun’s questions:

1. If elected, you will be serving for the first time in a legislative office. What is your plan for learning the ropes as a new legislator to effectively represent Tennesseans’ interests in the Senate?

Bradshaw: I’ve spent the last 25 years advocating on behalf of working-class families like myself, both as a paid organizer for labor rights and in a personal capacity as an activist fighting against the type of environmental racism that poisoned my community in South Memphis. While I’m certain there will be things to learn as a newly elected official, my top priority will be listening to the people I serve and advocating on their behalf, just like I have my entire life.

Hagerty: I’ll be ready to serve Tennesseans on day one. As I travel across the state, Tennesseans have reiterated that we must get our economy going again, and I completely agree. Tennessee has been a national leader on safely re-opening our economy and getting people back to work. We must continue to build on this success so we can get our national economy back on track. President Trump understands this — that’s why he and his administration are working overtime to get our economy going again by eliminating regulations and streamlining our federal government. President Trump appointed me to the White House Economic Recovery task force during this pandemic, and I look forward to continuing to work with the Administration on this issue.

2. What further steps should Congress take to address the coronavirus pandemic effects on health care, the economy and education?

Hagerty: From the very beginning, President Trump took decisive action to ban travel with China, which saved countless lives. With Operation Warp Speed, we are much closer to discovering a vaccine. But President Trump is a businessman, he understands that we can’t afford another economic shutdown. That’s why he is working to get people back to work so we can get our economy going again. Additionally, he’s eliminating regulations and providing relief to businesses across the country. This is the difference between a businessman and a career politician in the Oval Office.

Likewise, I’m a businessman, and in the Senate, I’ll continue to work to strengthen our economy and create more jobs. We need more business-minded leaders in Washington, and, if elected, I’ll leverage my business experience to create an environment where Tennessee businesses grow and our state’s economy remains a national leader. We also need to fight back against the Democrats’ calls for socialized medicine. Their Medicare-For-All plan would eliminate the healthcare you get at your job and increase your taxes. Tennesseans don’t want more government in their health care; they want a patient-centered solution to our health care system. I’ll work with Senator Blackburn to reject the Democrats’ socialist agenda and to ensure all Tennessee voices are heard.

Regarding education, it is vital that we open our schools. Our children rely on school not just for education, but for a healthy meal, after school activities and building upon social skills. Tennessee has been a national leader in opening schools safely, but we must continue to do so — our children need it. In addition, we need to take a hard look at post-secondary education. As we bring more companies back to the U.S., we need a strong and capable workforce. Vocational and occupational training through our Tennessee Colleges of Applied Technology and our community colleges can become a real source of competitive advantage to Tennessee — we should invest here. This time away from school and out of the classroom has significant implications for our children. Not only is academic progress greater in the classroom setting, but many of our children also depend on school for what may be the only healthy meal they get in the day. And for some, school may be a far safer place to spend their day.

Bradshaw: First and foremost, they need to pass a stimulus package that will help working-class families and small businesses — not another bailout for Wall Street. We are now seeing some signs of the long-term economic decline from this pandemic, including millions of job losses that have become permanent. As a single mom who faced foreclosure and bankruptcy after losing my job in the 2008 recession, I know the panic families are feeling about how they’re going to pay for food and healthcare. Addressing those needs should be the top priority of Congress right now.

3. What do you see as the primary obstacle to be overcome to allow American business and industry to thrive?

Bradshaw: If we want our economy to thrive, we need to ensure our working-class families can thrive. They need wages they can actually live on and healthcare they can afford. The strength of our country and our economy has always been our people, and right now, working people in our country are struggling.

Hagerty: To help our businesses and industries grow, we must continue to cut taxes and eliminate burdensome regulations. That’s exactly what President Trump has been working on since day one of his presidency. For instance, the 2017 Tax Cuts and Jobs Act took our corporate tax rate from the highest in the world at 35 percent to a more competitive tax rate at 21 percent. We must continue to build on that success. We should make the President’s corporate rate cuts permanent across the board and consider further reductions to make America the most attractive nation in the world to invest. That will make us more cost-competitive with other countries, including China, and encourage an expansion of capital investment, restoring job growth right here in Tennessee.

Additionally, we must continue to eliminate costly regulations. Once again, President Trump has led the fight to streamline the regulatory morass in Washington. Regulations are often conflicting, confusing and outdated. In July, the President noted that for every one new regulation implemented, nearly eight federal regulations have been terminated. As your Senator, I will stand with President Trump against overburdensome, unnecessary regulations and work to streamline and eliminate outdated regulations still on the books. If we tackle these two obstacles, we will be able to see a boom in economic activity as “Made in the USA” becomes America’s theme once again.

4. American politics is at one of its most polarized points in the country’s history. How can those divides be addressed and bipartisanship encouraged?

Hagerty: Tennesseans are always at the forefront of my mind. If I’m elected to the Senate, I will work with Republicans, Democrats and Independents to ensure the needs of Tennesseans are always prioritized and met. Our country is facing a lot of issues, and we must work together to overcome them — like getting our economy going again. We should be working to open our businesses and getting people back to work so our economy can strengthen. Washington needs more business-minded leaders, like myself, who understand we need to work together to grow our economy.

Bradshaw: There is too much hatred and division, but I believe it’s coming from a small group of people who have hijacked the political process. They do not represent most Americans, and they certainly do not represent Tennessee. We have so much more in common than we think, and we need to come together around those ideas: We all want to make an honest wage. We all want to breathe clean air. We all want our children educated in good schools. We all want our families to have access to healthcare. If we focus on accomplishing those common goals, I believe we can return to a time of bipartisan cooperation.

5. If elected, what goals do you want to accomplish by the end of your six-year term?

Bradshaw: We will have a living wage, with a federal minimum wage starting at $15 per hour. We will be investing in clean, renewable energy more than fossil fuels, which will ensure safe and healthy communities, and grow our economy at the same time because our future lies in the jobs that transition from pollution to clean air, water, and soil. We will be investing in public education at the same level we invest in our military. Recidivism and crime will be down as a result of investments in community policing and restorative justice systems.

Hagerty: In the Senate, I will stand alongside President Trump and Senator Blackburn to defend our Tennessee conservative values. I’ll work to cut taxes and eliminate costly regulations so we can create more jobs, help our businesses grow and strengthen our economy. I’ll continue to share our Tennessee fiscal values so Washington can begin to balance its budget, just like we do every year. And I’ll always work to protect our Tennessee conservative values, such as the right to life and our Second Amendment. Lastly, I will always keep Tennesseans at the forefront of my mind. From agriculture to supporting our military and veterans to health care and national defense and everything in between, I will always do what is in the best interest of Tennessee.