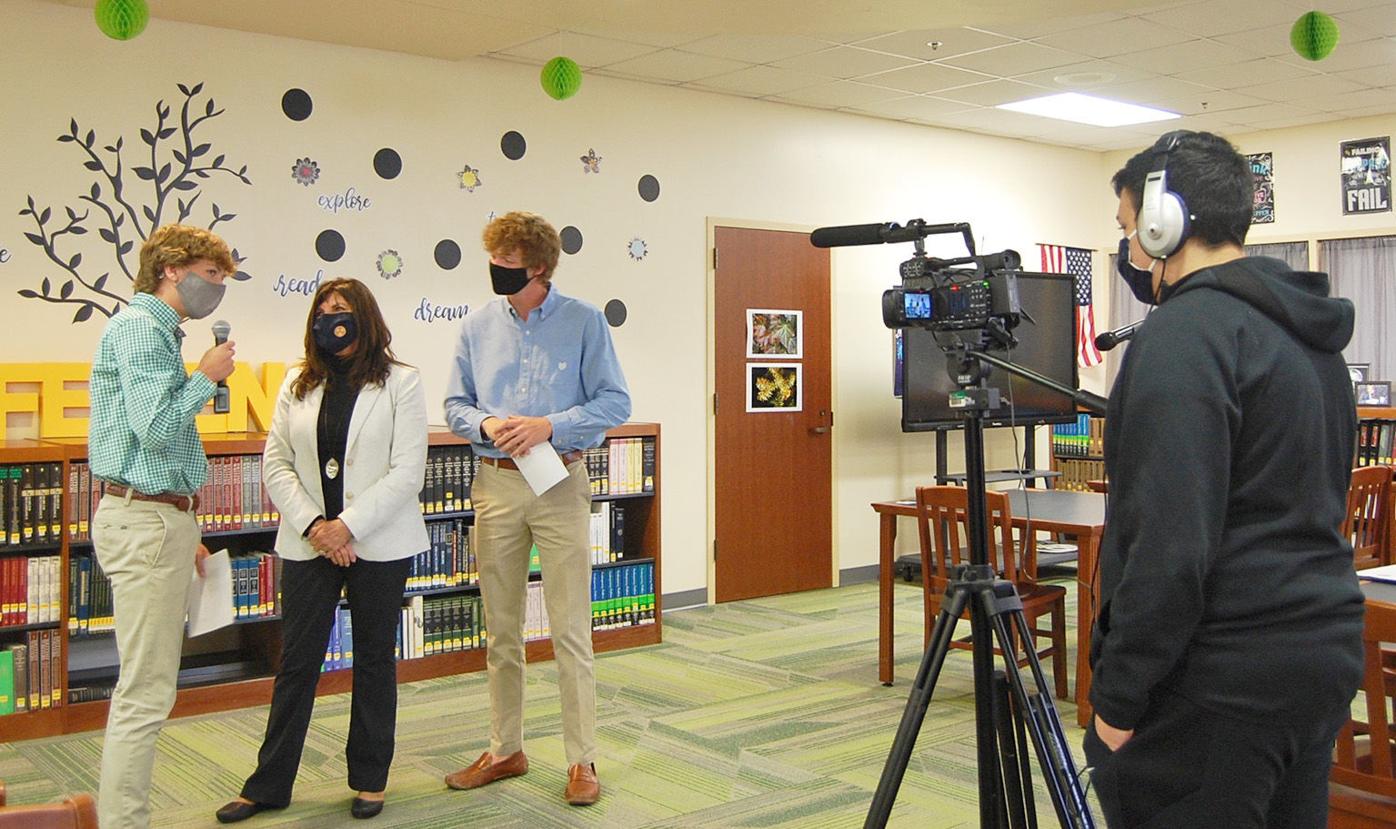 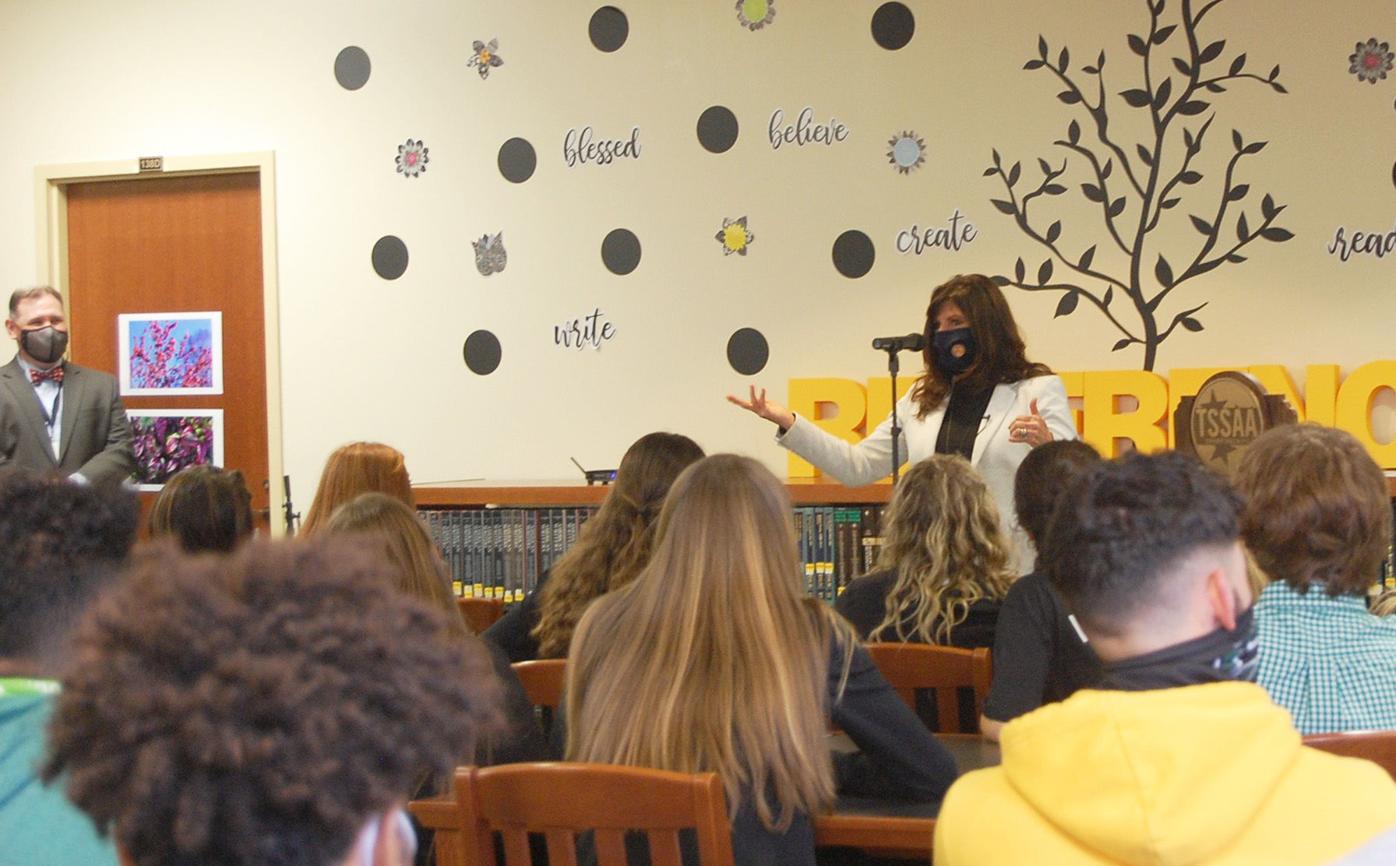 The Greeneville High School girls’ soccer team won the 2020 state championship in their class. They have previously won that title in 2015, 2016 and 2019. 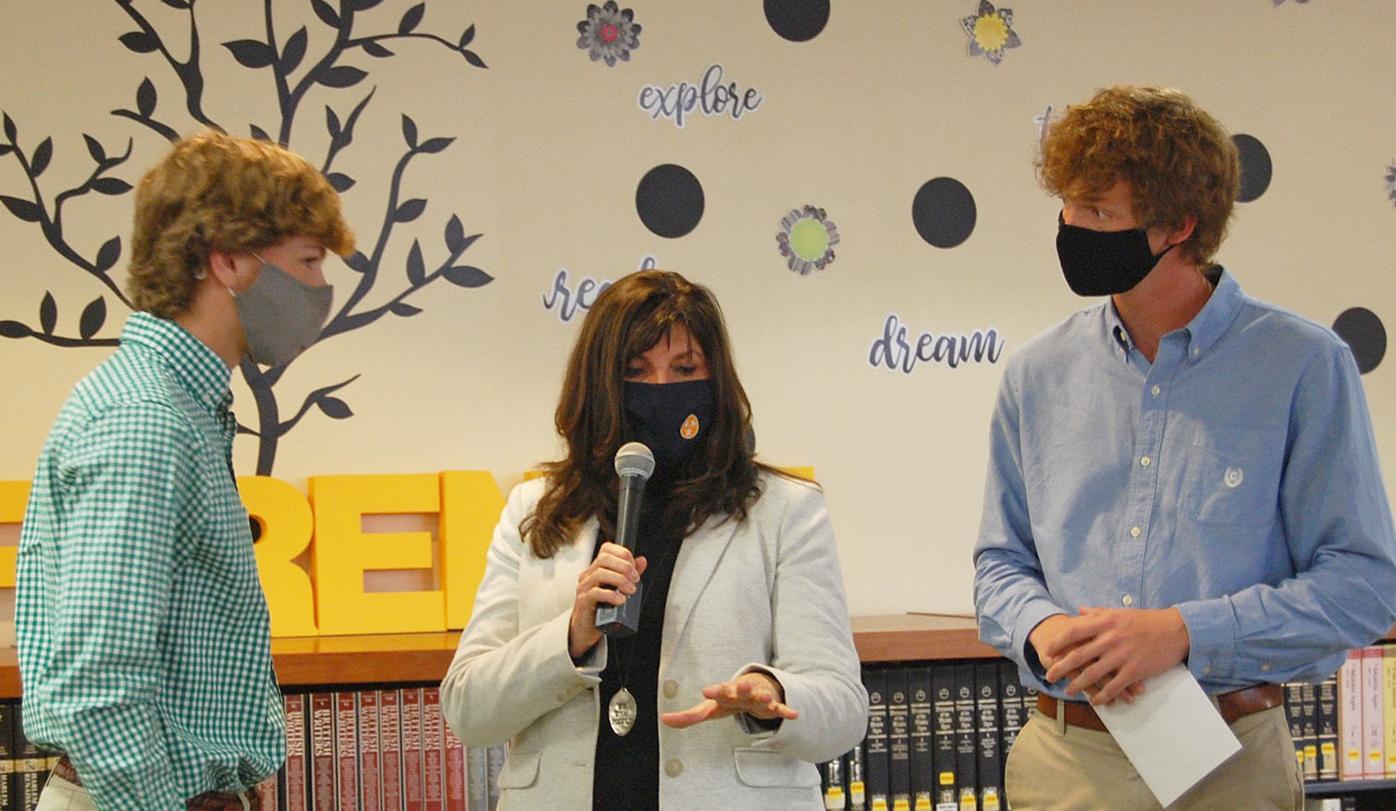 The Greeneville High School girls’ soccer team won the 2020 state championship in their class. They have previously won that title in 2015, 2016 and 2019.

Greeneville High School got a visit Thursday from 1st District Congresswoman Diana Harshbarger, who came to the school to congratulate student athletes who won state championship titles in the 2020-21 school year.

State championship winners include the girls’ soccer team, who won their second-in-a-row Class AA championship in the fall, the boys’ basketball team and three wrestlers: Hunter Mason, Jenna Baines and Kodiak Cannedy, who was not present due to an out-of-state Amateur Athletic Union competition where he was competing as a part of Team Tennessee.

The 2021 state titles are the first for the GHS boys’ basketball team and for a Lady Devils wrestler.

Harshbarger addressed the sports teams in the library before she distributed certificates to students and posed for group photos with the teams.

“What you did was spectacular, and I am here to congratulate you,” Harshbarger said. “All that hard work paid off, and you can hold your finger up and say you’re number one.”

Assistant Principal Noelle Smith said the visit was meaningful because students did not get to celebrate as much as they otherwise would because of the pandemic.

“Everything we would normally have done to celebrate didn’t get to happen,” she said.

That sentiment was echoed by Olivia Brooks, a senior and member of the soccer team. She said she and her teammates missed out on many of the celebrations and festivities they partook in after winning the state championship title in 2019, including community celebrations and singing to loud music on the bus ride home.

“It’s a little upsetting that we didn’t get to have a big celebration, and we can’t have the town all come together, but it is nice to be recognized outside of the community,” Brooks said.

Harshbarger also participated in an interview with the GHS News class. While video tech John Carter filmed, Colby Freeman and Samuel Crawford asked questions about Harshbarger’s accomplishments and goals in her first year in office and her views on the value of athletics.

“You learn to work as a team and to set boundaries,” Harshbarger said.