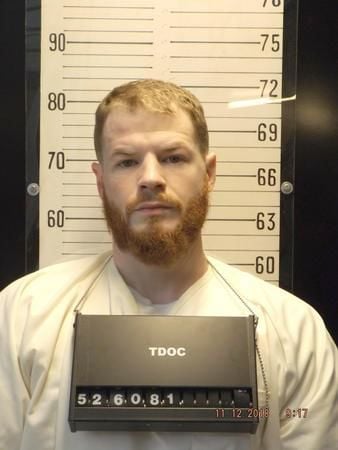 Ethan A. Self, in a 2019 Tennessee Department of Correction photo. 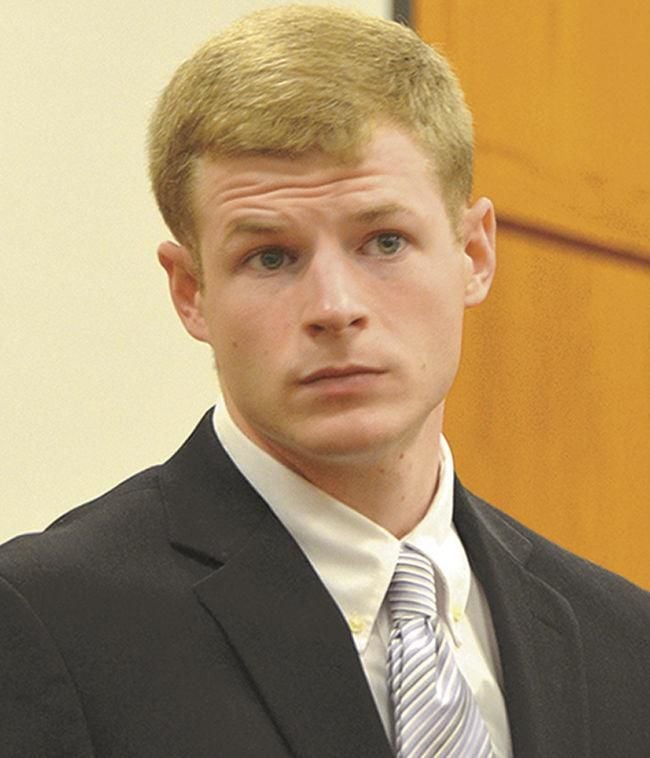 Ethan A. Self as he appeared in 2013 during his Hawkins County Criminal Court trial.

Ethan A. Self, in a 2019 Tennessee Department of Correction photo.

Ethan A. Self as he appeared in 2013 during his Hawkins County Criminal Court trial.

The state Court of Criminal Appeals at Knoxville filed a decision Wednesday affirming the denial of post-conviction relief for Ethan A. Self.

Self was convicted in 2013 of first-degree murder for the March 2010 shooting death of his father, Greeneville police Sgt. Roger Self.

Self, now 29, was sentenced to life in prison by Special Judge Jon Kerry Blackwood after being convicted of a first-degree premeditated murder charge by a Hawkins County Criminal Court jury. In his appeal of denial of his petition for post-conviction relief from the murder conviction, Self argued that the appellate court erred in ruling that he received effective assistance of counsel.

A review by the appeals court panel supported the post-conviction court’s findings and conclusions, affirming its judgment, according to court documents filed Wednesday.

In a post-conviction proceeding, the state maintained that Self failed to prove his claim of ineffective assistance of counsel.

“We agree with the state,” Judge Kill Bartee Ayers wrote on behalf of the Court of Criminal Appeals.

Self was represented at trial by Greeneville criminal defense lawyer John T. Milburn Rogers, who had medical issues including, what Self maintained through post-conviction lawyer Caleb C. McDaniel, were “memory lapses” throughout the 2013 trial, requiring the assistance of junior counsel to recall information. Both Rogers and lead prosecutor Tony Clark are now deceased.

Rogers maintained in a 2016 appeal document that Self was improperly sentenced by the trial court, and included other contentions asking for a new trial based on “cumulative” trial error. Testimony presented at a June 2020 post-conviction evidentiary hearing was considered by the state Court of Criminal Appeals before it affirmed the judgment of the post-conviction court in its most recent ruling.

Also at issue was a plea offer made by the state to Self at trial that would have resulted in a 15-year prison sentence in exchange for a second-degree murder conviction. Self testified at the post-conviction hearing he had told Rogers he wanted to accept the offer, which was rescinded by prosecutors in the later stage of the trial. The appeals court found the statement “unbelievable,” according to the document filed Wednesday.

Blackwood denied a motion for a new trial for Self in 2014, setting further appeals in motion.

At Ethan Self’s 2013 trial, the defense contended that Self acted in self-defense when he fired his father’s service weapon on March 24, 2010, killing Roger Self as he slept in his bed in the family’s Love Street house.

Prosecutors said at trial that Self acted with premeditation in the killing of Roger Self, 46.

Roger Self was shot in the back of the head with his own service weapon, a Glock semi-automatic pistol.

Defense witnesses said that Ethan Self was a victim of physical and emotional abuse, and presented witnesses who supported the contention that Self did not intend to harm his father. {span}Self’s mother, Kathryn Anne Self, characterized by the defense at trial as Ethan Self’s “only protector,” died in 2007.{/span}

In a statement to investigators, and in interviews with professionals performing mental evaluations, Self said the gun accidentally discharged after he was startled by a noise made by his sleeping father.

Early on in the Self case, then-3rd Judicial District Attorney General Berkeley Bell recused himself.

The late Tony Clark, Bell’s counterpart in the 1st Judicial District encompassing Washington County, was appointed by the state to prosecute.

“The fact is, in this one he picked up the gun, fired it and he immediately commenced to maintain it was accidental at the same time, and those facts didn’t add up,” Brooks told Blackwood.

The shooting of Roger Self was premeditated murder, Brooks said.

Self’s defense lawyers have argued in the past that some evidence presented at trial raised legal issues and should not have been allowed, including an opinion by state-retained clinical psychologist Dr. Abraham Brietstein, who testified as a defense witness that the shooting was “inevitable” after Self endured years of physical and emotional abuse.

Testimony by Brietstein during the trial “that the shooting of Roger Self was not an accident” was prejudicial, the defense maintained.