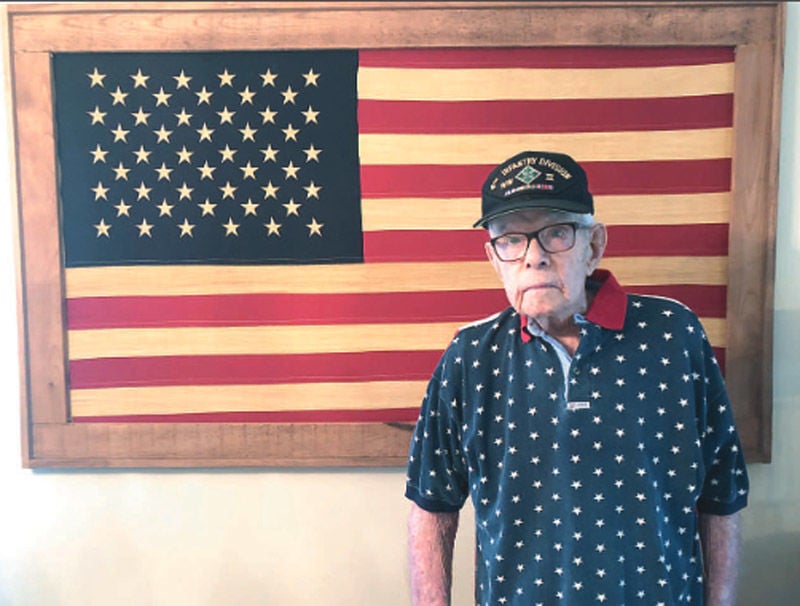 D Day veteran Arthur Ricker was one of the well-known local individuals who died in 2020. He was 99 years old. 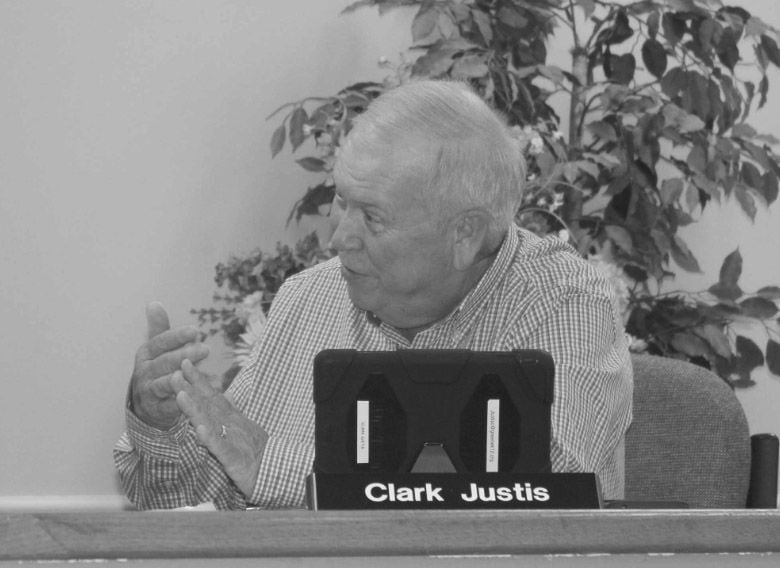 This 2018 photo shows Clark Justis during a meeting of the Greene County Board of Education. Justis passed away in 2020. 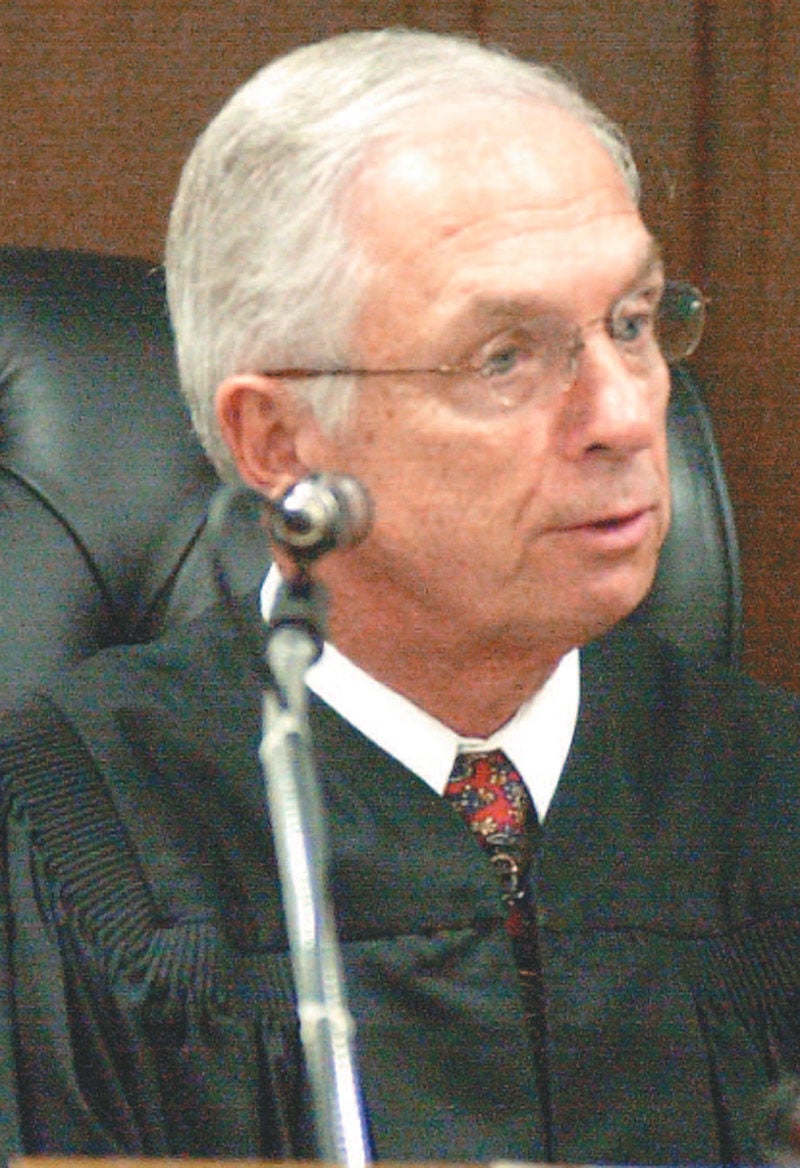 Judge James Beckner was among notable figures who died in 2020. He was frequently in Greeneville on court business. 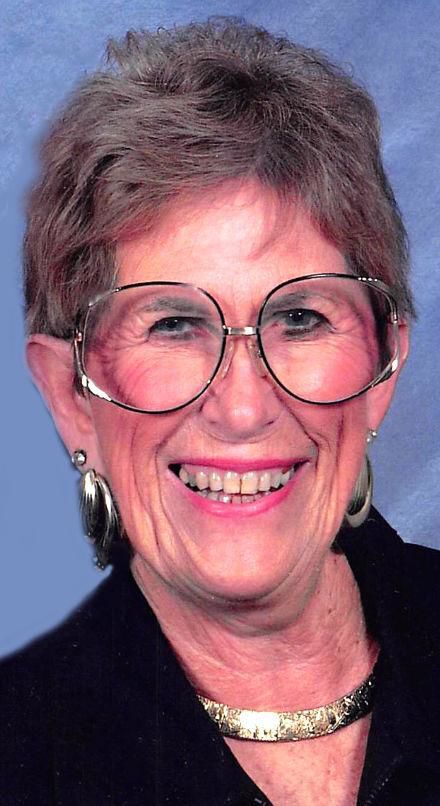 D Day veteran Arthur Ricker was one of the well-known local individuals who died in 2020. He was 99 years old.

This 2018 photo shows Clark Justis during a meeting of the Greene County Board of Education. Justis passed away in 2020.

Judge James Beckner was among notable figures who died in 2020. He was frequently in Greeneville on court business.

Every year brings both gains and losses, the distinctive year of 2020 included. Among the gains of the year just passed was worldwide experience in learning how to live and function despite a global viral pandemic, and learning better how to maintain hope and faith in a time when daily realities seemed to challenge such efforts.

The losses we experienced were the same sort every year brings, including the passing of people we have known and loved. Among that group are some whose lives were lived in the public eye due to position, achievement, authority, talent and community activity and devotion.

Today’s column looks back on some of those notable community figures who are not with us as we venture, a little nervously but also hopefully, into 2021.

Among the first widely known community figures to leave us last year was Johnny Dale Arrowood, who died Jan. 8, 2020, at age 69. Even a year after his passing, the work he did as a baker and restaurant operator continues after him at Peggy Ann Bakery, a Greeneville eatery that earned its unquestionably iconic status with him at the helm. Peggy Ann became one of those community brands that came to represent not only itself, but Greeneville. Now expanded into Johnson City, Peggy Ann represents even more widely the legacy and heritage of Johnny himself, the Arrowood family as a whole, and our own town of Greeneville.

February of 2020 brought the passing of Davis Stroud, 86, who retired 20 years ago as a Greene Bank executive vice president. He continued to serve as secretary of the bank’s board until 2004. He was an active civic figure as a Mason and Lions Club member, and also quietly worked in local governmental life as chairman for three years of the Greeneville Parking Authority. He was a veteran and was active in the local Chamber of Commerce, which became part of the Greene County Partnership.

Also leaving us in February was Dwight E. “Coach” Renner, a coaching legend in the South Greene area of the county. He coached multiple sports and was noted in his obituary for having coached South Greene High School’s girls basketball team to state tournament level seven times. He was a teacher as well, teaching science, physical education and driving. Active in the historic Solomon Lutheran Church, he passed away Feb. 8 at the age of 76.

Passing in March was a man I remember from my earliest days in Greene County. Dr. Ben Hankins, at that time, was at the helm of the Greeneville City Schools system. Because my early newspaper “beat” covered county government and schools rather than the city, I never got to know Dr. Hankins well, but what lingers in my mind about him was his friendly manner and pleasant demeanor. When I last saw him in more recent years, he was working with the local Election Commission.

On July 14, 2020, another individual who impacted education in Greene County, Jane Pilloni, died at the age of 83. She was born and raised in Tusculum, and in her later life was a member of the Tusculum College Board of Trustees, as was her husband, the late Bill Pilloni. Perhaps a less visible public figure than some, she nevertheless helped shape higher education in her alma mater, the oldest college (now university) in Tennessee.

Two days after Jane Pilloni’s death, Huntington’s Disease ended the life of Dr. Philip Pryor Hunter, known to most of us simply as Phil Hunter. This Greeneville High School graduate studied in agriculture-related fields at the University of Tennessee and Virginia Tech. A man devoted to the support of Greene County’s farmers, he was superintendent of the then-University of Tennessee Tobacco Experiment station at the time he retired.

He also involved himself in work on other agricultural agencies and boards, and was always willing to be a spokesman for Greene County’s tobacco farmers, who at one time were the heart of the local agricultural economy. He was 72 when he died last year.

September brought an abrupt change to the local medical community as two well-known physicians died within one day of each other.

Dr. Kenneth Clark Susong, 92, of East Grove St., Greeneville, passed away Sept. 23. This GHS and ETSU graduate served in the Korean War and was an accountant before studying medicine under the G.I. Bill and graduated from Tennessee Tech and University of Tennessee Memphis Medical School.

He practiced medicine briefly in Jonesborough, then for 56 years in Greeneville, not retiring until he was nearly 90 years old. He was active in civic, professional and veteran organizations, and loved golf and flying as a licensed pilot.

Only a day after Dr. Susong’s death, another local physician, Dr. James Ray McKinney, died after a brief illness related to a fall Though born in Morristown, he spent almost all his medical career in Greeneville.

Having studied medicine at Loma Linda University and receiving his doctor of medicine degree, (MD) in 1959, he completed his medical intern year at White Memorial Medical Center in Los Angeles, then launched his medical and surgical practice at Takoma Hospital in Greeneville.

He served on the boards of the Greene County Medical Society, Community Concerts, and First Tennessee Bank and was the recipient of the Exchange Club Book of Golden Deeds Award, L.E. Coolidge Lifetime Achievement Award and Tennessee Hospital Association Meritorious Service Award.

Active in his Seventh-day Adventist church, he was a board member, organist, elder, visiting preacher and Bible teacher.

East Tennessee’s judicial system suffered a loss on Sept. 16 through the death of James Edward “Eddie” Beckner, 81. Though resident in Morristown, he was a frequent presence in Greeneville as 3rd Judicial District Criminal Court judge. He was retired at the time of his death.

“Judge Beckner was a fair, honest and tough judge. He treated everybody the same and he ran a very tight courtroom. He was an excellent judge and a very good friend, and his death is a great shock,” said former 3rd Judicial District Attorney General C. Berkeley Bell.

October brought the death of Arthur Ricker, a veteran of the 1944 D-Day invasion of Europe and regarded as a hero in the eyes of many Greene Countians. Ricker died at age 99.“He is a great hero,” daughter Connie Ricker Smith said of him.

Greeneville Sun Staff Writer Ken Little, who knew Ricker and had interviewed him, wrote the following: “Despite his advanced age, Ricker had clear memories of his U.S. Army service in World War II. He was generous with his time, and willingly recalled harrowing experiences as he fought his way across Europe. Ricker served as a combat engineer with the U.S. Army’s 4th Division that stormed Utah Beach in Normandy, France, on June 6, 1944.”

The lifelong Tusculum resident said in an interview that he frequently thought about his role in World War II. “It doesn’t seem like it’s been that long. I guess I think something about it every day,” Ricker said. “I think of God. He spared me.”

A man devoted heart and soul to Greene County education died Oct. 17. Clark Justis was a member of the Greene County school board and the Mosheim Planning Commission, and passed away due to complications from COVID-19.

Justis was the school board member for the 6th district and had a significant career in the school system prior to his election. He is remembered for his longtime service and involvement with the school system in a variety of roles, including as a former educator and principal.

“This is a sad day for the Greene County School System as we have lost a former teacher, coach, administrator and a current school board member with the passing of Clark Justis,” said Rick Tipton, chairman of the Greene County Board of Education. Director of Schools David McLain called Justis “a true advocate for Greene County Schools” who visited and spoke with him frequently regarding the school system.

Nov. 7 was the day another Greene County educator and coaching legend died, that being Glenn Ray “Teedee” Maupin, 79, of Chuckey. Coach Maupin, as he was known, enjoyed a 35-year career as an educator and coach.

An avid outdoorsman, he also enjoyed hunting and farming. A friendly individual, he often maintained contact with those he had coached and befriended long after their student athlete days were past.

He also was an auctioneer and the owner of Maupin Auction Company.

An active member of Mt. Zion United Methodist Church, he loved teaching the Ladies’ Sunday School Class there, and was a member of the Mt. Zion Men’s Club.

On Nov. 10, Ken Earl passed away. An active civic and community figure, he was a retired as Greeneville water superintendent. A devoted Kiwanian, he was a former lieutenant governor of the 7th division of the Tennessee/Kentucky Kiwanis Club Division. He also was a Hixon Fellow and a green coat ambassador for the Greene County Partnership, and also active in support of the United Way and Tusculum University’s Pioneer Club.

December brought the death of Betty Justis, a beloved county official who served as Circuit Court clerk for many years and is considered to have set a high standard in public service. Known for her winning and friendly personality as well as her professionalism in office, she was featured in an earlier Clips to Keep column.

Dr. Robert Berry, a local physician who brought innovation to the operation of his physician office and gained national attention for it, also died in December, another significant loss to the local medical community.