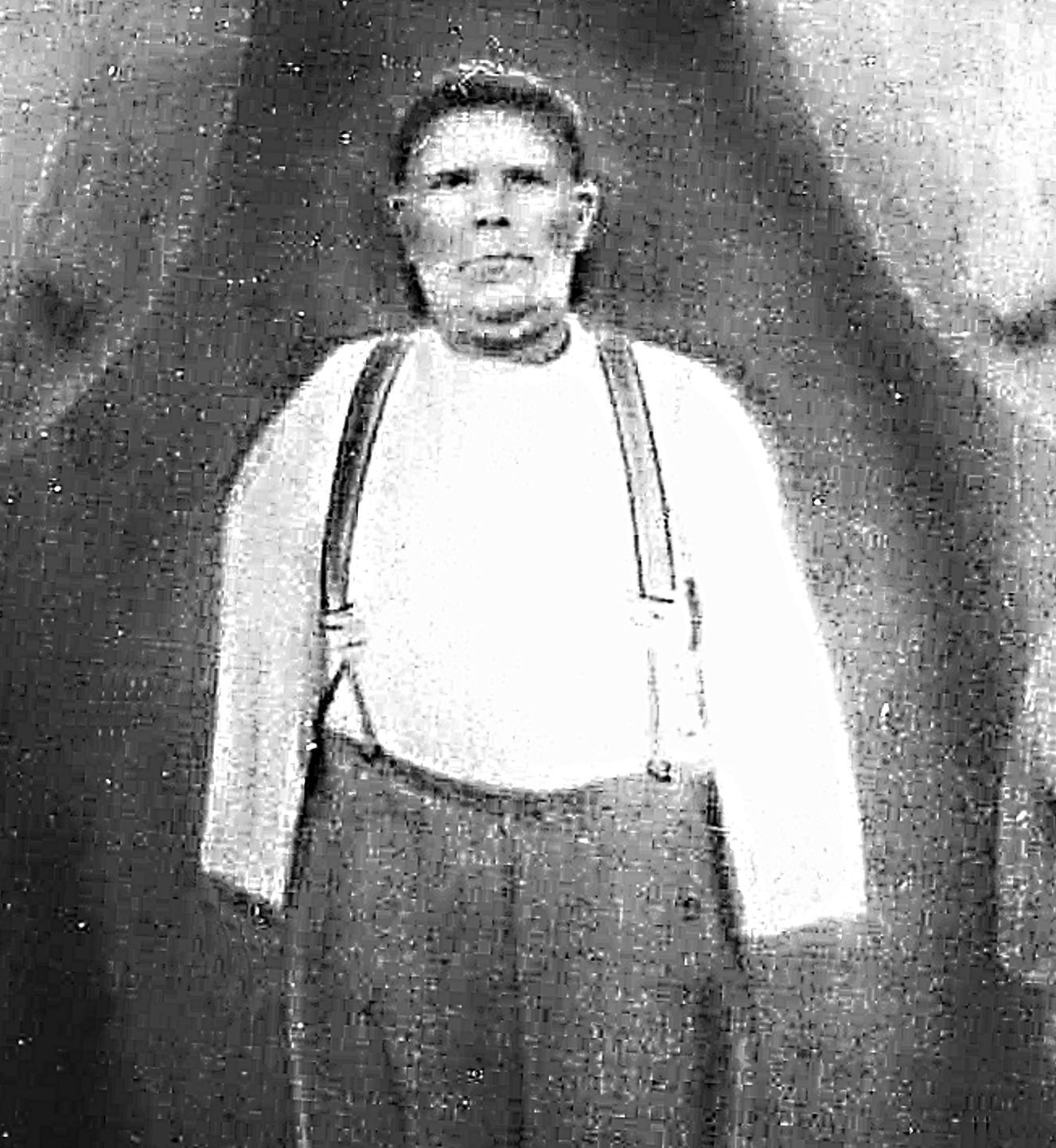 The sleeves of Isaac Price’s shirt hang mostly empty and fully without hands in this photograph of him after his wartime ordeal on a Virginia Civil War battlefield. 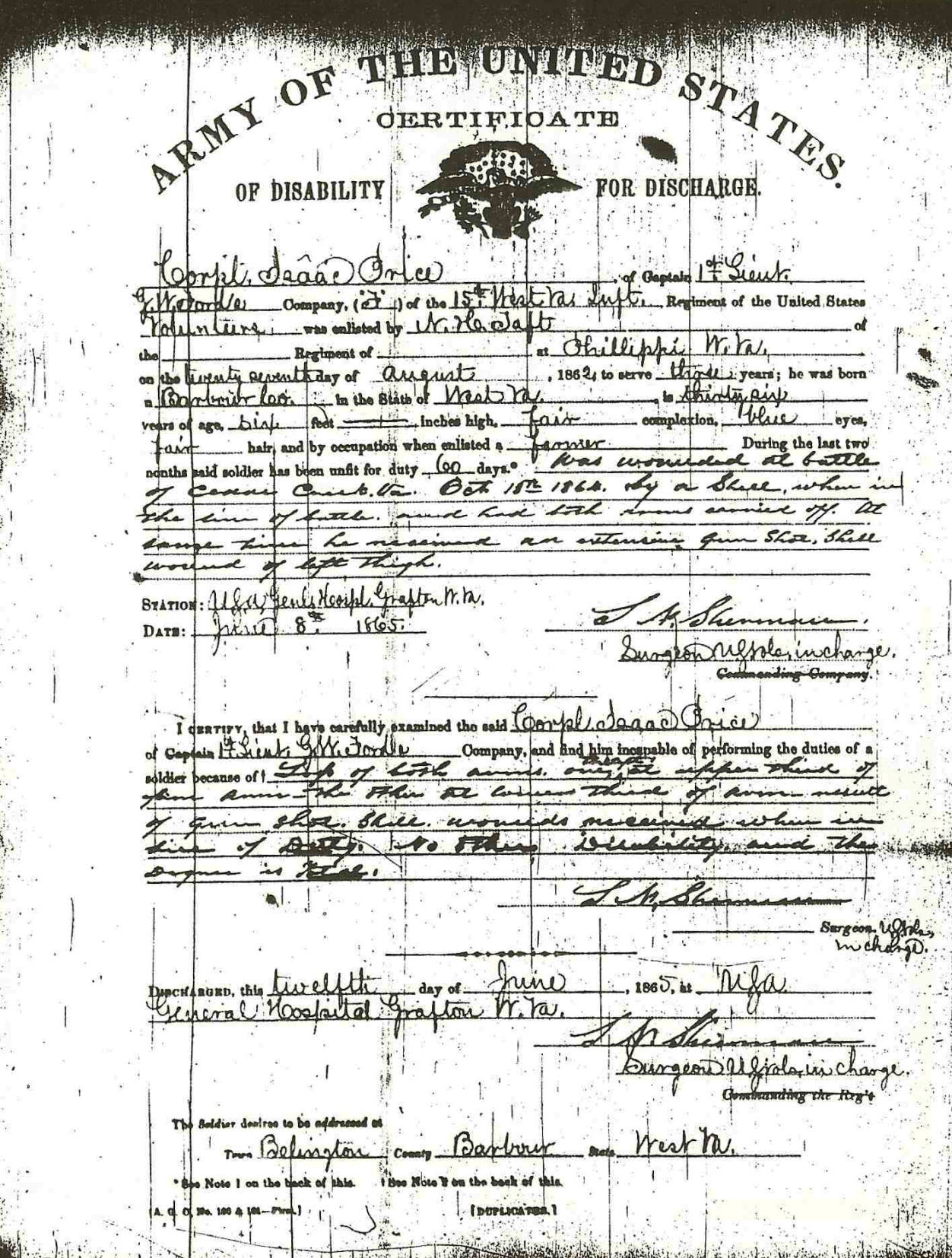 Isaac Price’s discharge paper from the Union Army tells some of his remarkable and grim story. 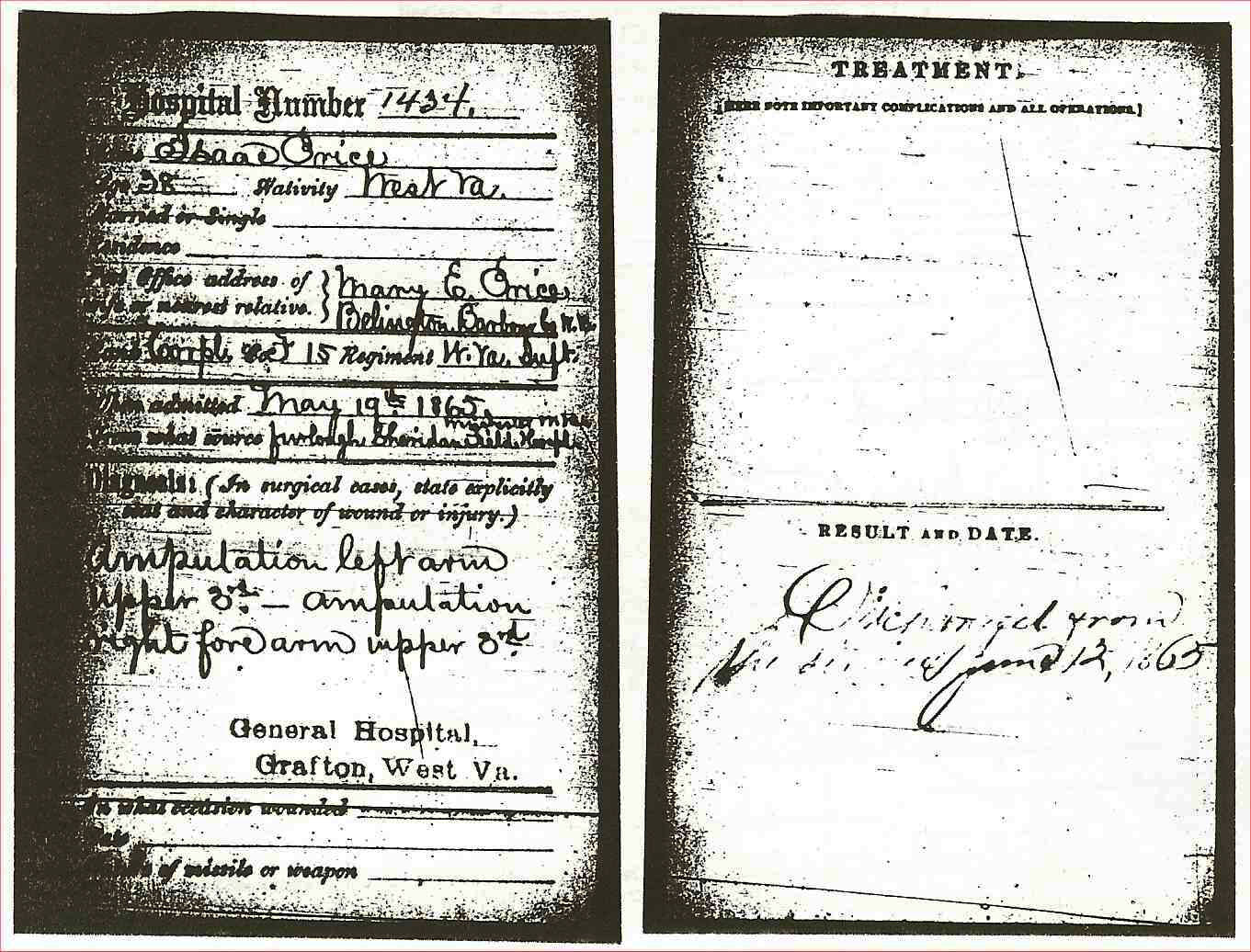 Some of Isaac Price’s medical details are recorded on this Union Army document.

The sleeves of Isaac Price’s shirt hang mostly empty and fully without hands in this photograph of him after his wartime ordeal on a Virginia Civil War battlefield.

Isaac Price’s discharge paper from the Union Army tells some of his remarkable and grim story.

Some of Isaac Price’s medical details are recorded on this Union Army document.

John Price, the same one who sells hot dogs from a New York-style vendor cart here, sent me a nice and much appreciated response to my recent column about Tennessee’s Civil War Battle of Dug Hill.

What caught John’s eye most in that column was its mention of a tough and mean Confederate bushwhacker named John Gatewood.

John had indirect family ties to someone named Gatewood and sent him a copy of the column. Sure enough, John Gatewood was a kinsman.

Telling me about this, John mentioned another man, a 19th century relative of his named Isaac Price whose wartime story is grim, even depressing if you dwell on it, but definitely intriguing. Poor Isaac suffered a battle injury from which there was no way to fully recover, yet he endured.

The overly forthright nickname he carried with him the rest of his life tells the story by itself: “No Arms” Price.

Isaac had both his arms when he enlisted in the Union Army at Philippi, W.Va., on Aug. 22, 1862, as a corporal. He served in Company F, 15th West Virginia Infantry Regiment.

Philippi is near the community where Isaac was born on Sept. 8, 1826. He was still in West Virginia’s Barbour County, still with both his arms, when he got married in 1846. By the time of his wife’s death in 1866, the six-foot-tall, fair-skinned man was without them.

His terrible maiming occurred in October of 1864 at the Battle of Cedar Creek., Va. His discharge document said his wounding occurred when he was in the “line of battle.” It states that Isaac “had both arms carried off by a shell; at the same time he received an extensive gunshot wound on the left thigh.”

It’s more proof that war indeed is a terrible thing. An uncle of mine who fought in World War II would say he’d “seen things no man should have to see.” He’d say no more than that.

And can you imagine what Isaac must have felt when he looked down and saw the irreparable damage that just had been done to him?

It must have seemed utterly unreal – a nightmare. But there would be no waking up to find, with a wave of relief, that everything was okay after all. It was real, and it was not okay at all.

He had only the upper one-third of his left arm remaining, and most of his right forearm was gone, only the elbow and a stump of forearm remaining.

Put yourself for a moment in Isaac’s situation, and imagine the thoughts that would go through your head about how you would manage your daily life for the remainder of your earthly existence. But don’t linger in those thoughts too long. It’s just too depressing.

Isaac, of course, had no choice but to linger in his situation. He was discharged, naturally, and returned home to Barbour County, W.Va., where he would remain the rest of his days.

His children recalled later that he adapted as best he could, and made good use of that remaining right elbow, which he could bend and use for such things as carrying a bucket of water.

Isaac and his wife, the former Mary Elizabeth Stonestreet, already had 13 children before he went to war. She did not live long after Isaac came home, dying in June, 1866, while giving birth to a child who also did not survive. Mother and child were buried together.

Isaac didn’t let his tragedies forestall him from going on. He remarried, and he and second wife Elizabeth England Price had three children together.

Isaac, who had survived so much, died in 1896, still in Barbour County. He apparently was stricken in some manner while leaving a church service. A heart attack? Stroke? I don’t know.

His body remains today in Barbour County, buried in a family cemetery.

I appreciate John Price making me aware of Isaac’s story. It’s the kind that makes one think about a few things.

For example, sometimes I complain about this and that, mostly just little annoyances like we all encounter day by day. Occasionally I might even feel sorry for myself over one thing or another.

When I think of Isaac Price and what he survived and overcame, though, it comes to mind that maybe I don’t have much to complain about after all. And I think Isaac, if he were here, would look down at my functioning hands and fingers as I type this, and tell me how blessed I really am.

And he’d be right.