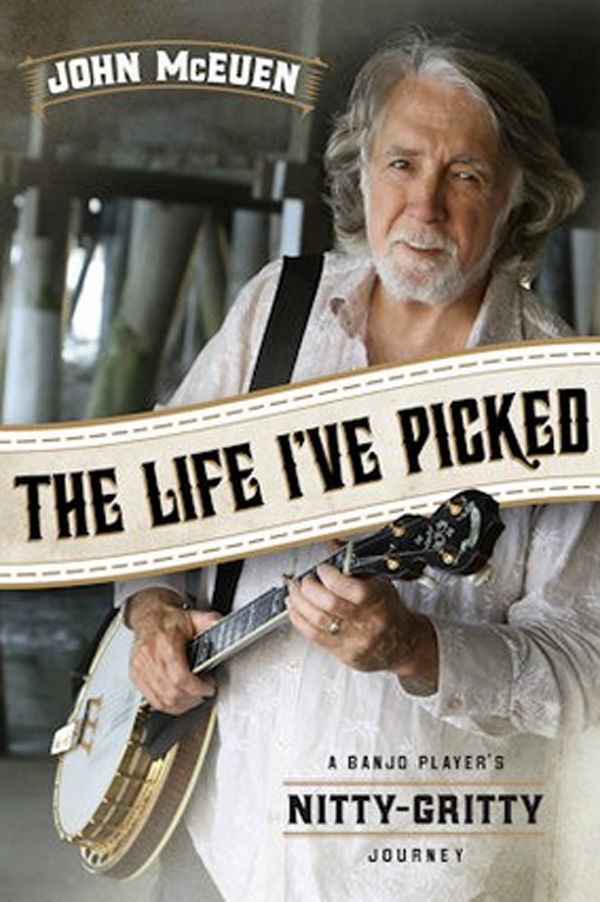 Musician John McEuen, who has recorded and performed the narrative poem “The Mountain Whippoorwill” for decades since he and high school classmate and lifelong friend Steve Martin found it in an English class textbook, is shown on the cover of his recent autobiography. 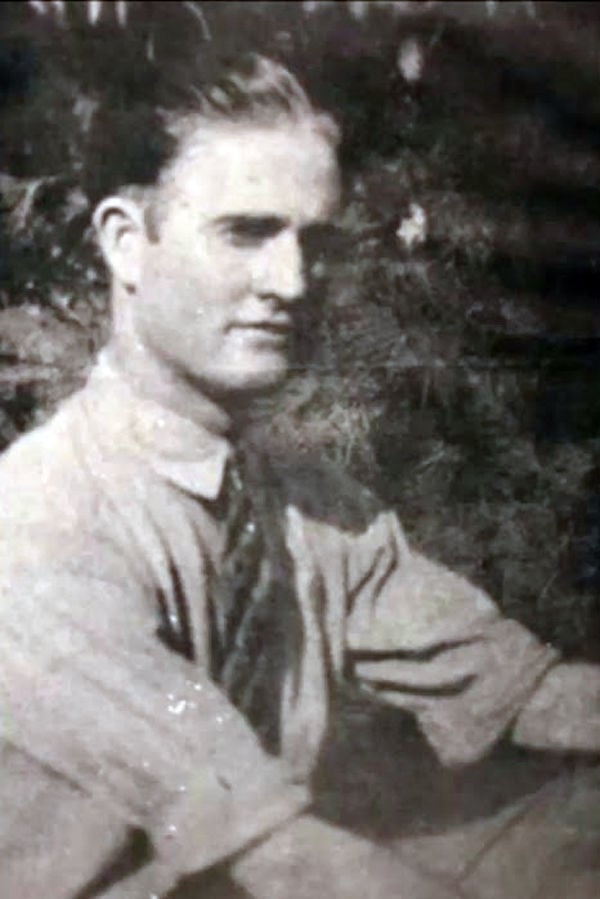 Shown is Georgia fiddler Lowe Stokes, whose 1924 victory in a fiddling contest inspired a famous narrative poem, which in turn inspired a Charlie Daniels hit song.

Musician John McEuen, who has recorded and performed the narrative poem “The Mountain Whippoorwill” for decades since he and high school classmate and lifelong friend Steve Martin found it in an English class textbook, is shown on the cover of his recent autobiography.

Shown is Georgia fiddler Lowe Stokes, whose 1924 victory in a fiddling contest inspired a famous narrative poem, which in turn inspired a Charlie Daniels hit song.

Editor’s note: This is part two of a look at how a 1924 fiddling contest in Georgia gave rise to a narrative poem by one of America’s great writer/poets, and how that poem in turn inspired other works and affected listeners and readers years thereafter. Part one was published in the Nov. 18 edition of The Greeneville Sun.

Take yourself back for a moment to 1965. Two young men, not yet 20 years old, stand on a stage in Orange County, Calif., one of them flailing softly and melodically on a banjo, the other speaking into a microphone, reciting a poem he’d found in “Adventures in American Literature,” his high school English textbook.

His banjoist friend and classmate had independently discovered the same poem in the same textbook. Both young men, clever and creative individuals, had been entranced by the rhythm, story and atmosphere of the narrative poem.

That poem was “The Mountain Whippoorwill,” written by Pulitzer Prize-winning American poet, short story writer, and novelist Stephen Vincent Benet, a bookish and frail Pennsylvania-born creative type who studied at Yale. The bespectacled young wordsmith had read an account of a 1924 fiddling contest in Georgia in which a young mountaineer unexpectedly prevailed to become the state-champion fiddler. Benet used that event as the basis of his sometimes brooding, sometimes bouncy poem about a fictional fiddler he called “Hillbilly Jim.”

Like Benet, the two young men on the stage were creative artists destined to build names for themselves. The one with the banjo was lanky, California-born John McEuen, one of those people who seemingly can play anything with strings and still is doing so in his mid-70s, traveling around the country in minstrel fashion. He was a founder of the still-functioning band The Nitty Gritty Dirt Band, and has performed in Greeneville with that band and also as an independent artist.

McEuen parted ways with the NGDB in 2015 after their 50-year-anniversary concert in Nashville’s Ryman Auditorium, the original Grand Ole Opry building, and now focuses on his successful solo career. He’s written scores for films and been a promoter of American traditional and roots music for decades.

The other young man on that Orange County stage was Stephen Glenn Martin, actor, comedian, writer, producer, and musician. He would build his fame, professionally, as Steve Martin, world-famous comic, film star, and banjoist. He and McEuen learned the instrument together when both worked, as youths, in the Disneyland Magic Shop.

Martin had loved the “Whippoorwill” poem so much he’d learned to recite it (and it isn’t a short poem, so that took some effort). He wanted a banjo background to recite it over, but wasn’t sufficiently skilled on the instrument at that point to play and recite at the same time. Enter his friend McEuen, who provided the banjo accompaniment while Martin provided the words.

I’ve been fortunate enough to meet McEuen a couple of times, and have exchanged occasional emails with him. He’s an extraordinarily accommodating and friendly man. Having decided to write about “The Mountain Whippoorwill” and its real-life inspiration, I sought some input from McEuen, who emailed me back promptly earlier this week.

Here’s part of what he sent me: “It was in high school (that) a couple of seniors separately met Hillbilly Jim, in the English book “Adventures in American Literature.” ... I was drawn to the rhythm and story of how this ‘hillbilly’ won Essex County Fair’s great fiddler’s prize. Steve had learned to recite it, and I played the banjo behind him, as he could not recite it and play at the same time. Neither could I.”

After that recitation in 1965, McEuen said in his email, the auditorium “was dead silent when we finished it, for about six long seconds. Then the room exploded; it became the first standing ovation I ever saw. Even though it was me and Steve – we both knew it was the poem.”

Yes, the poem is that good.

That was not the last association of McEuen or Martin with “Whippoorwill.” McEuen’s email says that, when he was in college, he made an 8 mm film using the poem as the soundtrack for his college art history class “term paper.” The teacher played the film for all his classes.

McEuen wrote: “It got an A+++, saving me from an F for not paying attention.”

When he became a performer, Steve Martin used the “Whippoorwill” poem in his act. As that act evolved, Martin eventually quit doing the poem, perhaps because it didn’t fit well with the arrow-through-the-head, wild-and-crazy guy stage persona he developed in the 1970s.

That single apparently helped bring the poem to a broader audience. I myself heard McEuen’s recitation of “Whippoorwill” on the NGDB album “THE STARS AND STRIPES FOREVER.” In my college days I bought every album the NGDB released, being a fan both of country rock and traditional American music.

I remember the impact “The Mountain Whippoorwill” made on me. I had to listen again and again. What a piece of writing, and what a great presentation of it by McEuen!

I wasn’t the only one gripped in that way by “Whippoorwill,” as McEuen himself discovered as his own career advanced and he met more and more people, some of them notable.

For example, his email this week included the following: “One show in the 1970s, NGDB was opening for John Denver at an Illinois benefit. The noise the standing ovation crowd made when I finished ‘Whippoorwill’ during a solo spot in the show was wonderful, such that (John) Denver came to NGDB’s dressing room and asked me, ‘Where did you get that fiddler story?’

“I knew he wanted to do it. It would be perfect for him. I told him I wrote the music and the poem was public domain, and he would be welcome to use it … but if he did, I would have to drop it – I would be doing a ‘John Denver’ song! I remember him walking off saying ‘sure a fine piece of material …’”

For whatever reason, John Denver never did actually put it in his act or record it, as far as McEuen knows.

McEuen’s own recording reached many receptive ears on its own, though.

Again from his email:

“… At Kevin Nealon’s 50th birthday party in Hollywood, I wanted to meet Brooke Shields. I saw her when she arrived.”

Wanting an autograph for his daughter, McEuen asked Nealon for an introduction, but when Nealon started to introduce McEuen, Shields said, “Oh, I know this man!”

A surprised McEuen asked how she could know him. She replied that someone had given her a copy of his recording of “The Mountain Whippoorwill” while she was living in New York, modeling and going to college.

She told McEuen: “I couldn’t go out at the end of the day, and I often went to sleep listening to it … it was a great escape; it took me away.”

As a sidenote: McEuen has such a propensity for encountering notable people and events that he has described himself as “Forrest Gump with a banjo.” At a Farm Aid concert, he shared a dressing room with both Eddie Van Halen and Bob Dylan, and he worked with presidential candidate Gary Hart in his campaign, which later was derailed when an affair marred Hart’s image.

In the early days of the NGDB, he and the band shared a home for awhile with an early incarnation of The Allman Brothers called Hourglass. John’s brother, Bill McEuen, who died just this past September, was their manager, as he was for the NGDB, Steve Martin and others. Bill McEuen even produced Steve Martin’s movie, “The Jerk.”

I hope to do a later column about John McEuen and his intriguing life and associations at a later time. He’s already told me he’s up for it and even gave me his phone number.

When the world becomes normal again, I hope McEuen can be booked again in Greeneville, and if so, maybe perform “The Mountain Whippoorwill” here. I’ve never seen him present it in person.

Speaking of which: some reading this are wondering what in the world can be so great about a poem? The best way to find the answer is to hear it for yourself, ideally in the same McEuen version I first encountered from that NGDB album.

You can find it here: https://www.youtube.com/watch?v=X9Yiw4WU9fA

If you don’t care for poetry, you may not get much from it. If you do like good poetry, well-presented, you’ll be impressed. Steven Vincent Benet knew how to put words together, and John McEuen knows how to present them.