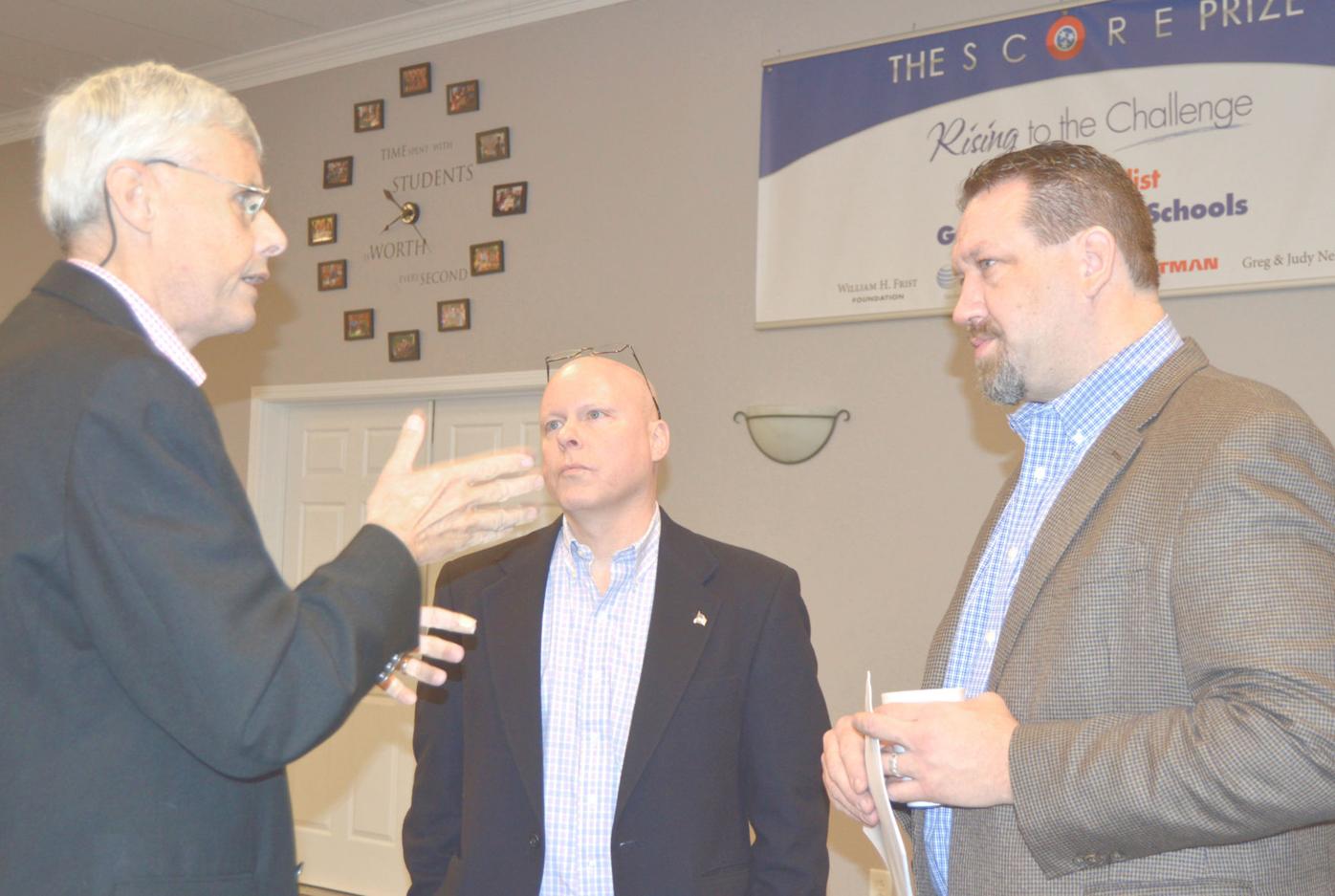 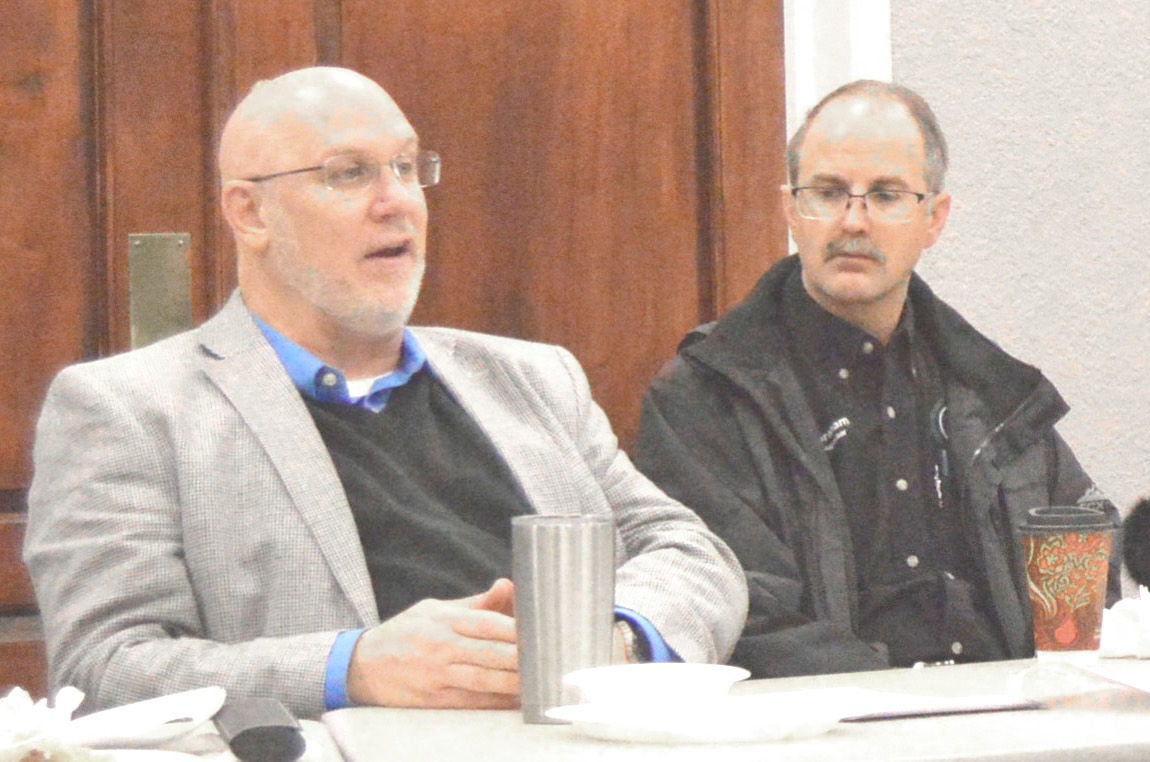 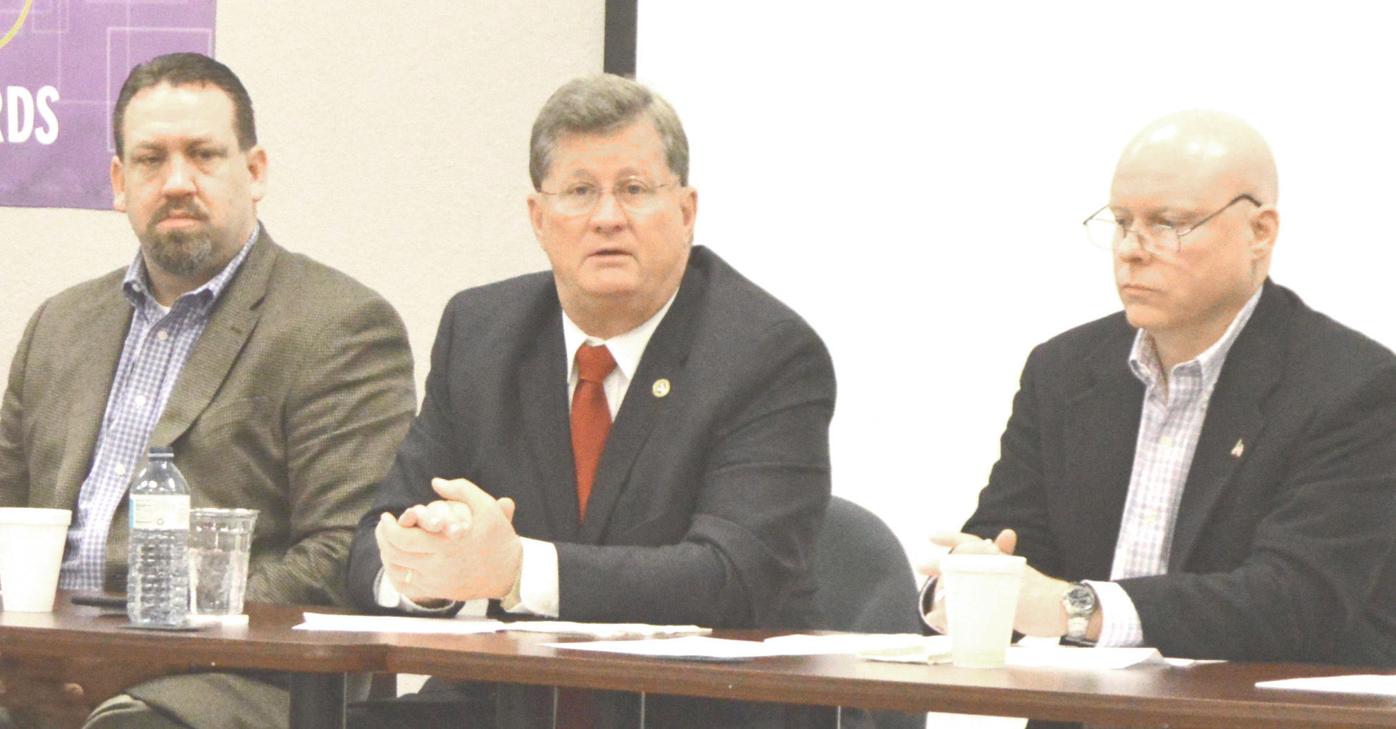 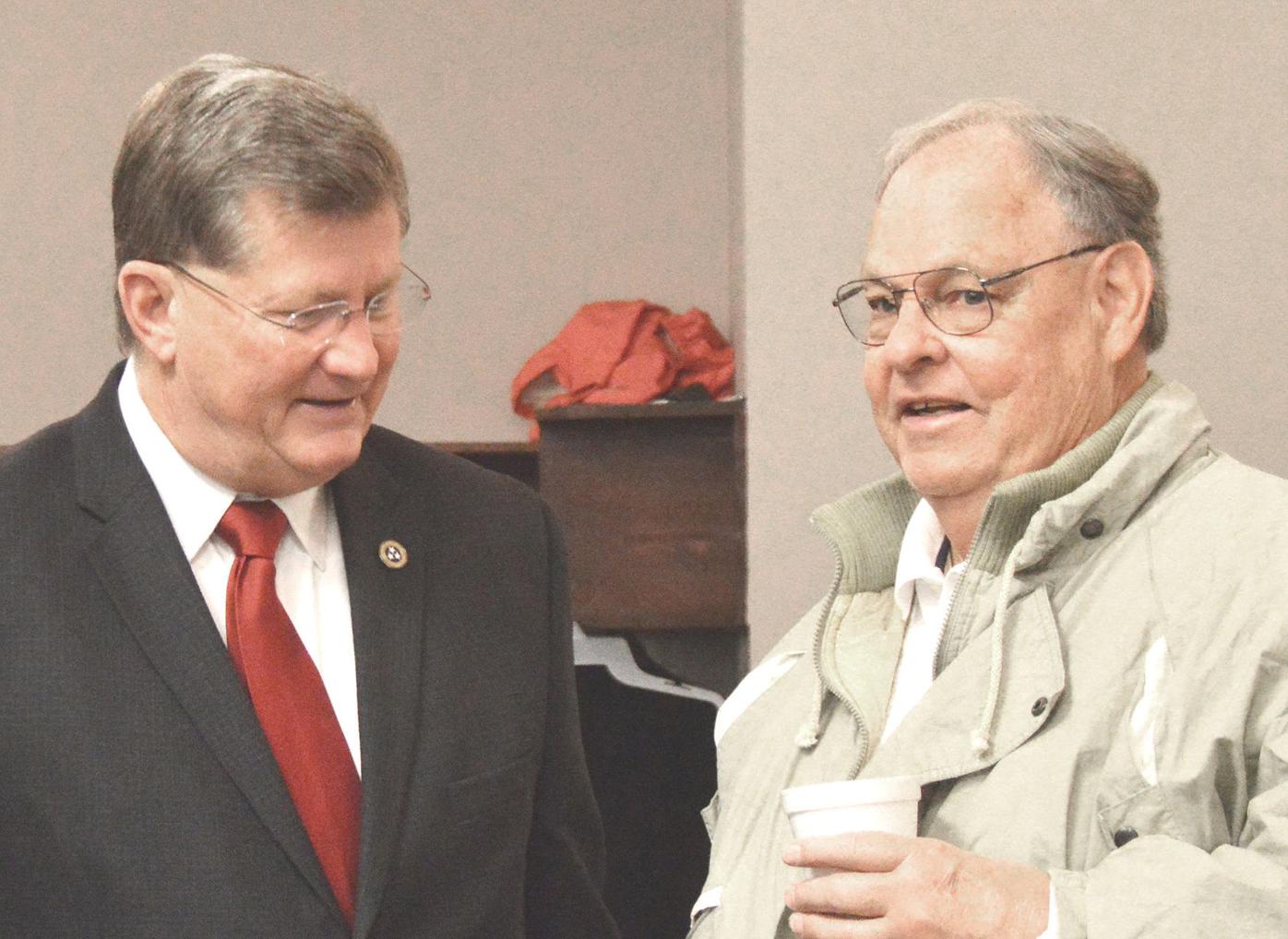 WorkKeys are a multilevel assessment tool that measure a range of hard and soft workplace skills relevant to any occupation at any level and across industries.

“The ACT is the test that means the most to students and parents,” Fraley said, noting its validity and reliability in predicting future success.

Hawk concurred but said the pushback from the state department of education “has been tremendous.”

Southerland said that industries also prefer the ACT WorkKeys certification as an indicator of work readiness.

Fraley also pointed out that the amount of money currently being put into testing could be better used.

Faison said he couldn’t agree more and said “the enormous amount of money” going into testing doesn’t make sense to him. He also pointed out that he is hearing from area educators that the TNReady exams need to be done away with but that raising that issue with the Tennessee Department of Education has been met with resistance.

During discussion about the stresses the EOC tests put on teachers and students, Hawk said he witnesses it with his own daughter, who he said has been in tears over it.

“I live that every day,” he said. “I know what you’re talking about.”

He explained that the EOC is the test that teacher evaluations are based on but that the ACT and AP are the most relevant to students and parents.

Faison said that bills have been drafted to address the issue, and he is strongly against tying the tests to students’ GPAs and teacher evaluations as is now done, until state mandated testing can be conducted for at least a year “with no major hiccups.” Testing vendors have changed, had problems in completing or scoring tests and have not returned test results in a timely manner, making them irrelevant for teachers and administrators.

Faison also said that a portfolio method to evaluate the progress of handicapped students should be used because using a standard test is unfair to both the students and schools. Because that population of students is often unable to read or answer the questions on a standardized test, it inaccurately gauges their performance and lowers the letter grades that schools are given by the state.

He said one of the bills he submitted aims to return to the portfolio method but said Education Commissioner Candace McQueen opposes the move.

“How ignorant can the government be?” Faison asked, which was met with applause from around the room.

Southerland added, “They need to let the teacher teach.”

Assistant Director of Schools Dr. Suzanne Bryant voiced concerns about the use of a chronically absent category as part of the evaluation criteria for giving schools a single letter grade.

“That is really an indicator of the community and judicial system,” Bryant said, pointing out that even doctor appointments factor into that measure and that a single letter grade based on an extremely complicated model with something the school system doesn’t have control over is not fair.

Hawk assured her that is one of the items legislators are looking at.

Another issue that drew much conversation was Career and Technical Education funds.

Wells noted that the grant is especially important in light of dwindling federal grant dollars.

Faison said he’d like to see the grant expanded to include other programs and for schools to have the freedom to use the funds in whatever areas would benefit students most.

“My goal moving forward is to make sure you have some freedom and latitude,” Faison said.

Southerland pointed out that technical education is a good investment that yields good returns for students who choose that avenue over a college degree. He said the hospitality industry is the number two industry in the state behind agriculture and that tourism has grown to a $19 billion industry that generates sales tax that funds education.

He also said new industries coming into the state need qualified people with technical skills and certificates, noting that diesel mechanics can make about $75,000 a year.

Hawk said he intends to continue supporting CT Education funds and would like to see more tech centers established and a 10-year plan put into place with the goal of technology centers that operate at a higher education level be considered on the same level as community colleges.