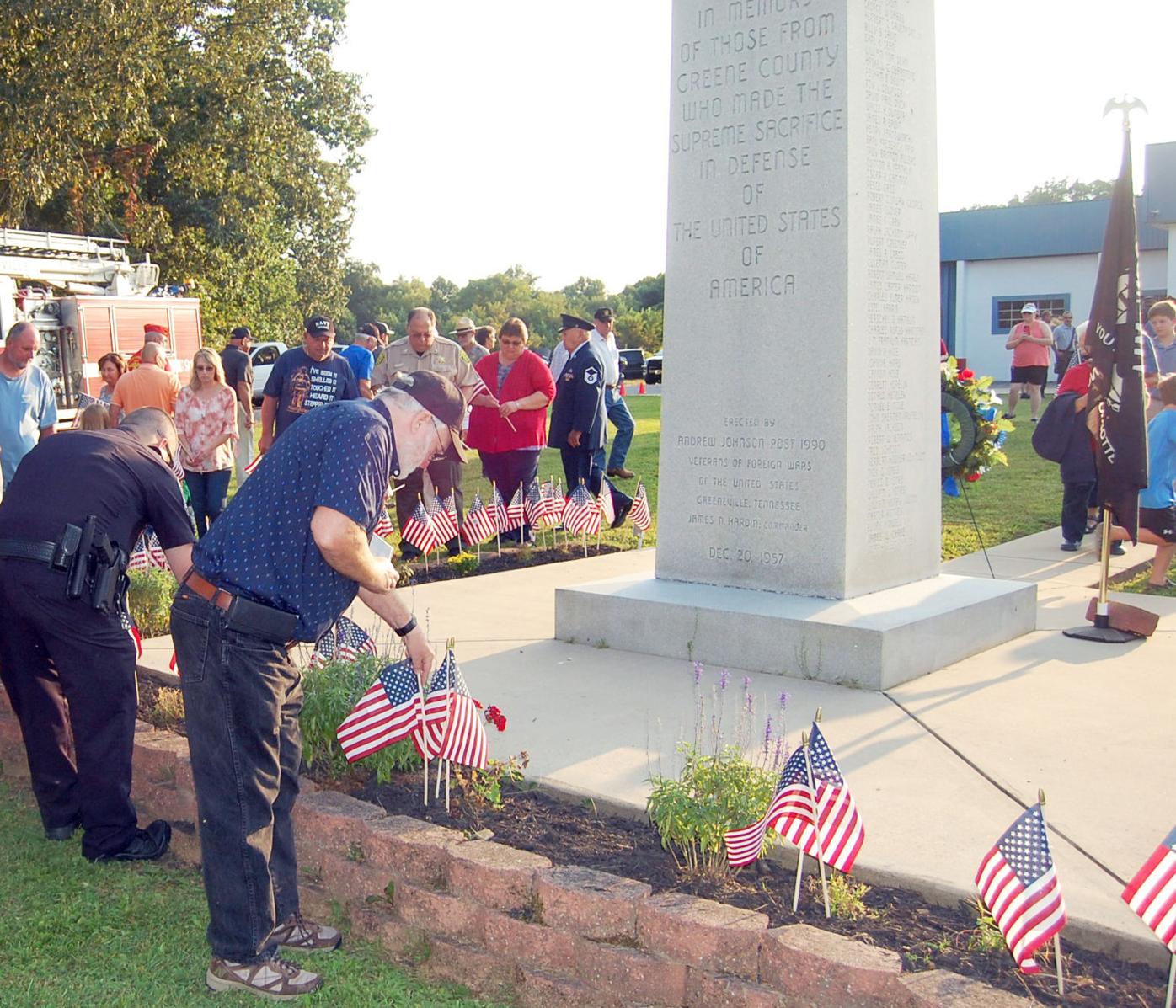 Honoring Those Who Gave All 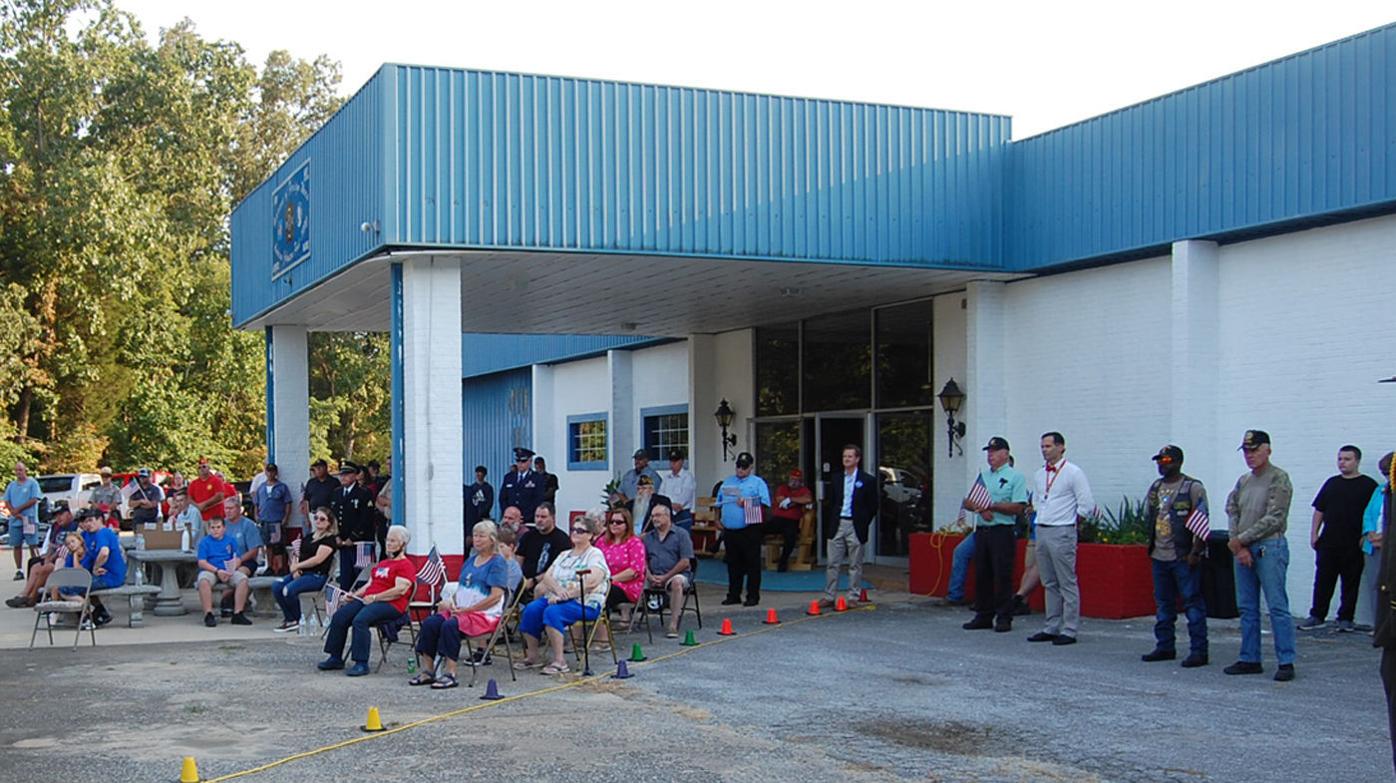 The crowd at Monday’s memorial service for United States service people killed in a recent suicide bombing in Afghanistan began gathering outside the Veterans of Foreign Wars building on Harlan Street well before the 6 p.m. event began. 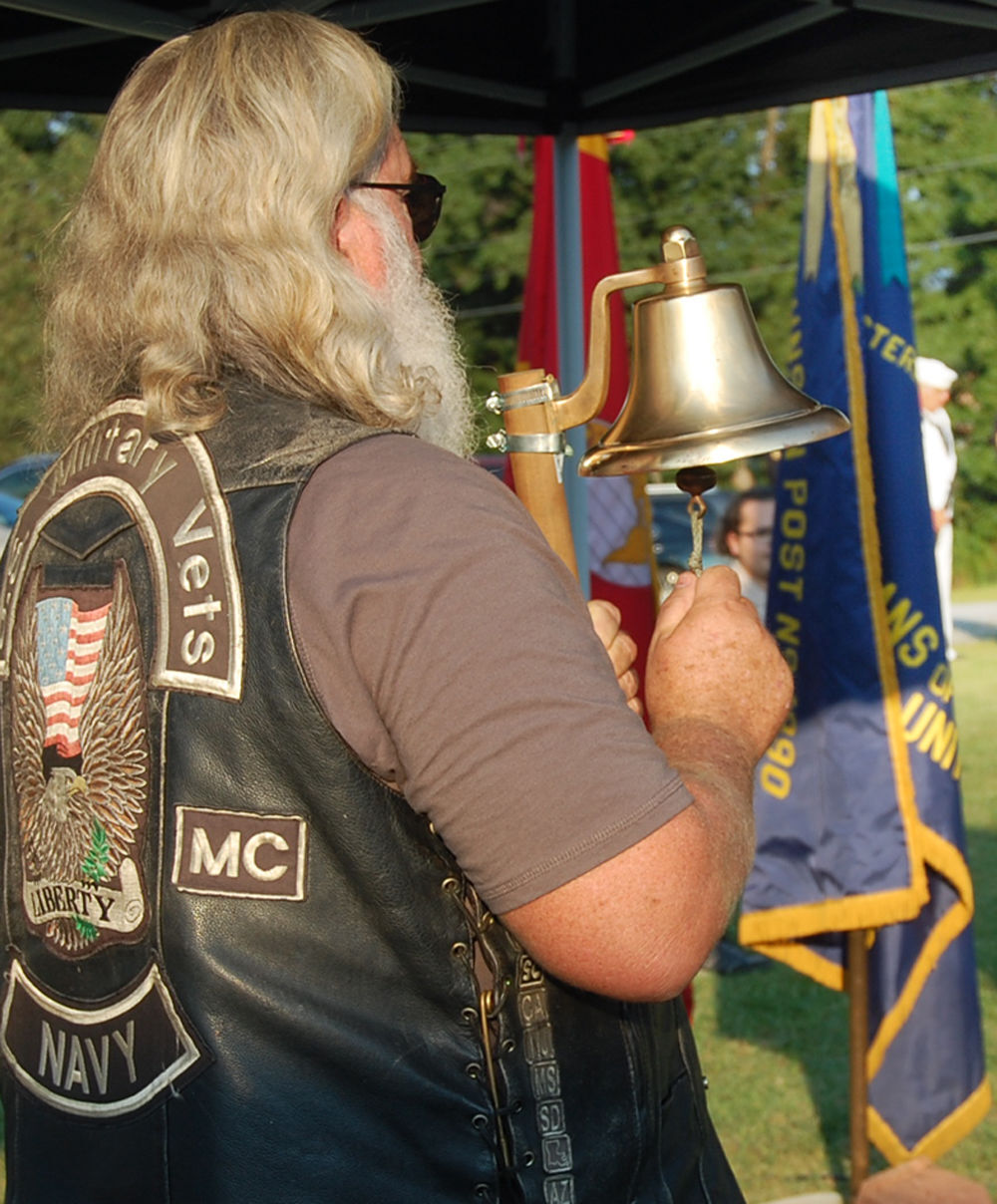 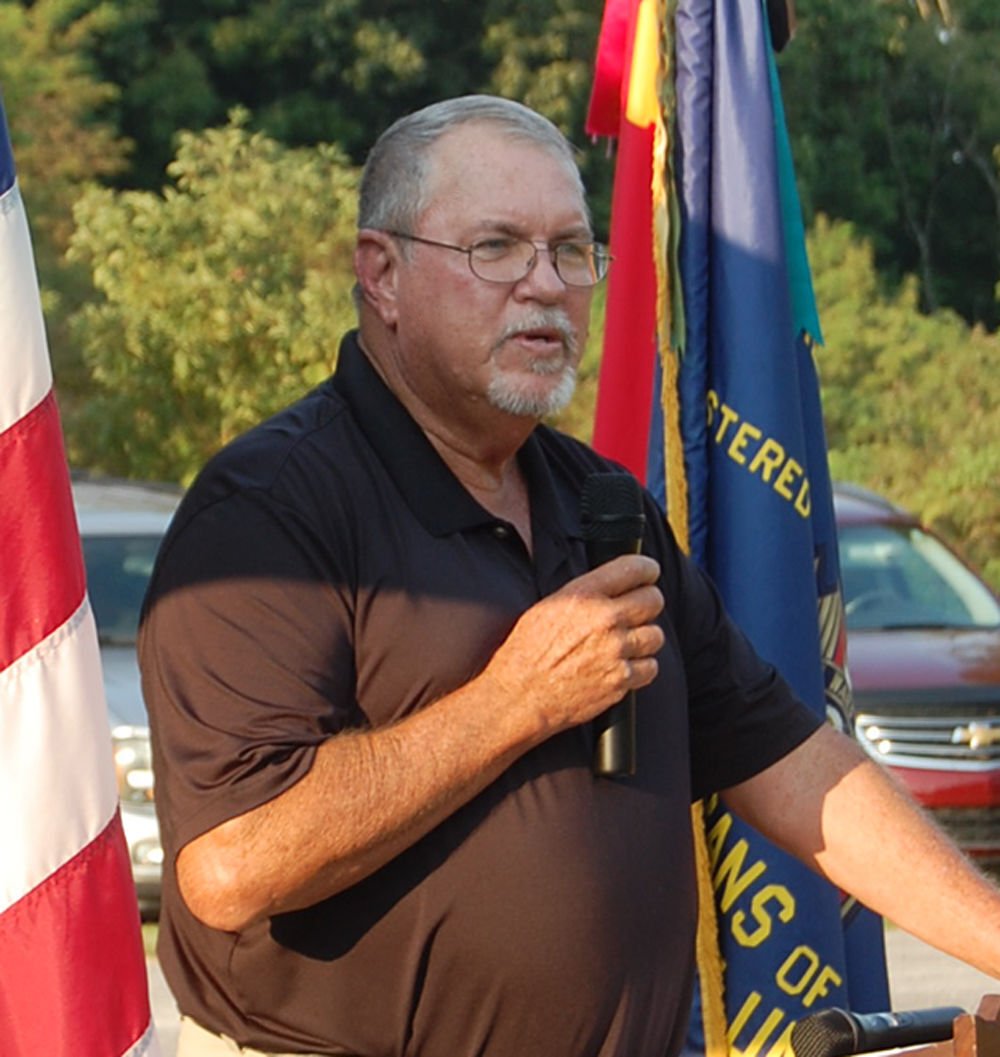 Greene County veteran Milton Parham made comments and led the crowd in singing “My Country ‘Tis of Thee” at the evening service.

Honoring Those Who Gave All

The crowd at Monday’s memorial service for United States service people killed in a recent suicide bombing in Afghanistan began gathering outside the Veterans of Foreign Wars building on Harlan Street well before the 6 p.m. event began.

Greene County veteran Milton Parham made comments and led the crowd in singing “My Country ‘Tis of Thee” at the evening service.

Outside the Veterans of Foreign Wars building in Greeneville Monday evening, a bell chimed 13 times in memory of 13 military service members killed in Afghanistan in a suicide bombing last month.

Immediately afterward during the VFW ceremony, dozens of local people, carrying small American flags, quietly walked to the tall stone memorial that bears the names of Greene County troops killed in wars and military actions as far back as World War I. They set those flags into the ground around the monument along with 13 placed there in advance in representation of those who died in the Aug. 26 bombing.

Trumpeter Chris Johnson played “Taps,” and an honor guard fired seven rifles three times in a 21-gun salute to the fallen. It was all part of the culmination of a local ceremony hosted at the VFW site and attended by scores of people. Many were veterans and their loved ones, while others were simply citizens who love their country and those who defend its security and interests around the world.

Early in the half-hour ceremony, VFW Chaplain Matt Soergel spoke briefly of the words of Jesus as recorded in John 15:13 – “Greater love hath no man than this, that a man lay down his life for his friends.” (KJV)

Soergel said that, while Jesus was speaking those words in the context of his own approaching crucifixion, the principle they embody applies also to the 13 who died outside the Abbey Gate at Kabul’s airport in Afghanistan.

The loss of those service members was a tragedy, Soergel said, but one that “tells us of the great sacrifice every military person is ready to make” in service.

Several who spoke at the ceremony took note of the fact one of those killed at Kabul was a Tennessean, Army Staff Sgt. Ryan C Knauss, 23, of Corryton, near Knoxville. Knaus has been described, Soergel said, as “a devout Christian man who served others.”

Soergel challenged all present to emulate Knaus’s example. “We ought to live as if we are paying them (the fallen service members) for what they did for us.” Those individuals “prioritized this ‘greatest love,’” Jesus spoke of, he said.

After Eagle Scouts Elijah Cutshall and Charlie Wilhoit of Troop 94 helped lead the presentation of the flag and the Pledge of Allegiance, Milton Parham, a local veteran of the Desert Shield and Desert Storm military operations, addressed the crowd and led all in singing “My Country ‘Tis of Thee.”

Parham noted his gratefulness for the fact that, of the 729 locals who left Greene County in the operations in which he was a participant, “729 of us came home.”

The ringing of the hand-held memorial bell by Navy veteran Bob Rediske as Marine veteran Andy Werhle read the names of the Afghanistan 13, followed, just before the placement of the flags around the monument.

The lone sailor who was killed was Navy Hospitalman Maxton W Soviak, 22, of Berlin Heights, Ohio. An Army serviceman killed was Tennessee’s Knaus.

The official portion of the Monday ceremony concluded with a prayer by Chaplain Soergel, who also had given the invocation.

Afterward, the VFW invited all present into the building for a tour and refreshments.