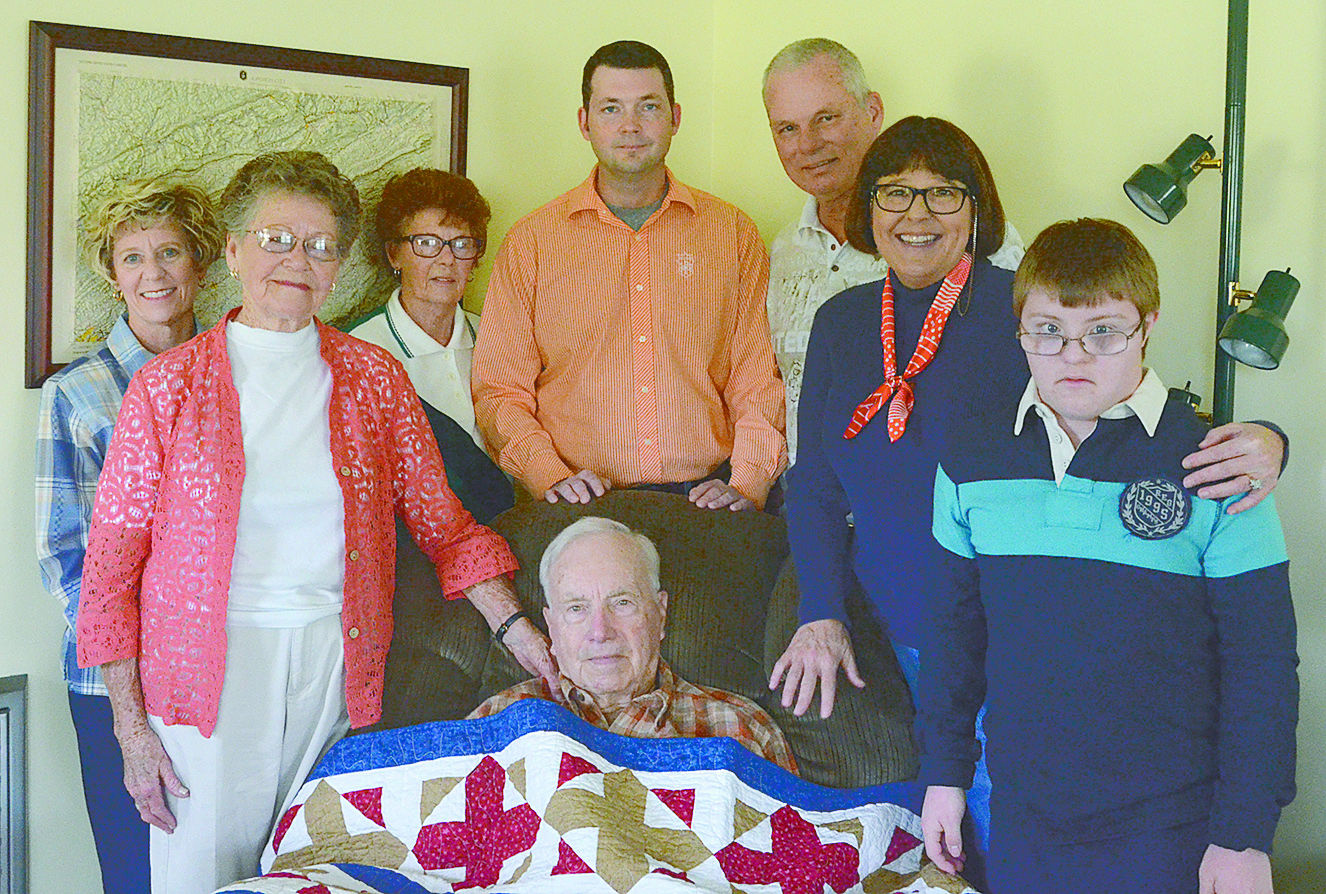 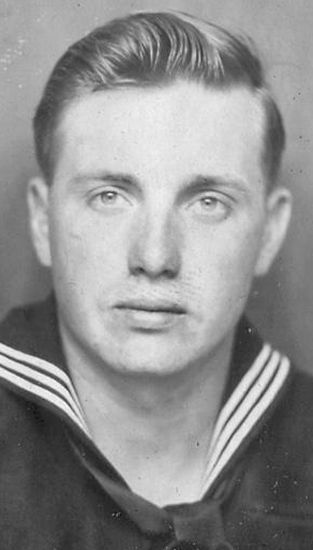 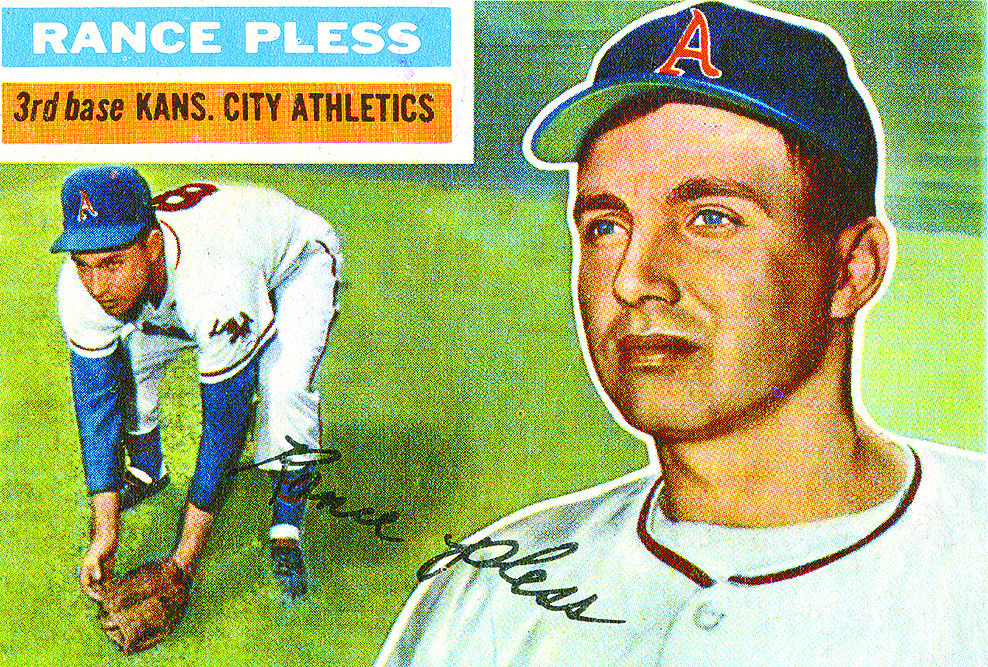 Rance Pless dodged a curious combination of bullets and baseballs as a young man.

The former major leaguer, 89, was recognized Saturday for his World War II U.S. Navy service with a Quilt of Honor, Respect and Valor by the Mosheim-based Greene County Quilters group.

After the war, Pless went on to a professional baseball career that included playing for the Kansas City Athletics in the American League, and later as a longtime scout for the Atlanta Braves organization.

But back in April 1945, the 19-year-old who grew up on a farm in the South Greene community had matters other than baseball on his mind.

Pless was part of the crew of an amphibious assault Landing Craft Infantry (LCI) ship ferrying Marines and Army troops to shore on the island of Okinawa, one of the bloodiest battles in the Pacific campaign as U.S. troops fought their way toward the Japanese home islands.

"I dodged a few bullets," Pless said, recalling the "bing-bing" sound Japanese bullets made as they ricocheted off the machine-gun shields on the LCI.

Pless enlisted in the Navy in March 1944 and underwent basic training in San Diego and further training on LCIs before being assigned to the crew of LCI 696, one of a flotilla of 30 such vessels that made their way to Pearl Harbor naval base in Hawaii en route to the front lines of the Pacific war.

Even though the Dec. 7, 1941, Japanese attack on Pearl Harbor happened several years previously, the extensive damage caused was still evident.

"We saw plenty of ships that had been attacked during the Pearl Harbor attack," Pless wrote in a recollection of his service career.

As the ships in the LCI flotilla made their way toward a Marshall Islands base, "Japanese subs would emerge but we were too small for them to worry about," Pless said.

The LCIs received orders to proceed to Okinawa, where "a vast armada of ships was gathering."

"We were thinking we were getting ready for invasion of Japan. We were sweating it out," he wrote.

During the battle for Okinawa, Pless' LCI would ferry about 50 soldiers at a time to the beach, often under fire.

While Pless and his shipmates were still at sea, they received word about what they were told was a "big bomb" that had been dropped on the Japanese city of Hiroshima, on Aug. 6, 1945.

That didn't please the commanding officer because the Japanese did not surrender after the first atomic bomb was dropped. Several days later, after a second bomb was dropped on the city of Nagasaki, Japanese military forces did unconditionally surrender.

Marines on Okinawa captured surviving Japanese soldiers after the surrender and transferred them to the LCIs.

"We patted them down," Pless said. "Some of them had knives taped to their back."

"The Japanese, we put them on the big ship and don't know where the hell they took them to and we didn't care," Pless said.

Pless recalls being among a huge fleet of Navy ships on the day of the surrender.

"Every ship was pointed toward (Japan)," he said.

The mission changed after the Japanese surrender.

"We didn't stay in Okinawa long because things had changed drastically," he wrote.

"On the way home, we stopped at Saipan in the Mariana Islands for repairs. That was around Christmas 1945," Pless wrote. "We challenged the officers to one last softball game. They beat us, but I think we had a mental block because they were officers."

On the trip back to Pearl Harbor, Pless said, his captain was sent home early. Pless was tasked with piloting the flat-bottomed craft back across the Pacific Ocean to Pearl Harbor.

Of the six diesel motors powering the LCI, only two were working by the time the ship reached Hawaii. Repairs were made and LCI 696 continued on to San Diego, Calif.

After his wartime experiences, Pless never considered a career in the military.

When Pless was drafted, he was given his choice of services.

"I chose the Navy," he said. Pless' friend Elbert Kinser, a Marine from Greene County, didn't make it home. Sgt. Kinser threw himself on a Japanese grenade to save his squad during the Okinawa battle. He received a posthumous Medal of Honor for his actions.

"Those Japanese were fighting for their lives," Pless said.

During his Navy service, Pless played on a softball team made up of sailors from his LCI flotilla. They rarely lost. His talent was soon recognized, and after discharge from the Navy in February 1946 as a Seaman First Class, he spent a brief period of time back on his parents' farm on what is today Garrett Hill Road, and then embarked on a professional baseball career in 1947.

Pless also started working at Magnavox in 1947. Management allowed him to play baseball in the summer and work at the plant in the offseason.

Pless was shot at in the service and also knows what it feels like to be beaned by a ball traveling more than 90 miles per hour.

Playing for Nashville in 1952, a fastball in the face crushed Pless' left cheekbone to end a season in which the third baseman hit for a .364 average, best in the Southern Association.

"I don't know what was worse, dodging bullets or getting drilled," Pless said with a smile.

Pless' performance in Nashville earned him a promotion to the Minneapolis Millers, the New York Giants' top farm team in the Class AAA American Association.

Pless became one of the most feared hitters in the league. Playing for Minneapolis in 1955, Pless batted .337, good enough to win the batting title. Combined with 26 home runs and 107 runs batted in, Pless earned the league's 1955 Most Valuable Player award.

Pless was traded to what was then the Kansas City Athletics in 1956, and played for the major league team that season.

Pless was back in the minors in 1957 and finished his career three years later. In 14 seasons -- half in the American Association and International League, the highest of the minor leagues -- Pless posted a batting average of .303 while amassing 2,014 hits, including 153 home runs. He batted in 1,083 runs and scored 1,053 more.

Pless retired from professional baseball in 1961. As a Magnavox employee in Greeneville, he joined the company's championship-caliber semi-pro baseball team, which at times included other former major-leaguers.

Pless managed the Magnavox team in 1970, its last year.

He was married in 1948 to Lucille, who said Pless rarely spoke of his military service. As the years went by, Pless began talking more about his Navy experiences with his family.

"He still tells us a lot of stories," daughter-in-law Kathy Pless said.

Pless was asked what stood out in his mind about his World War II service.

He thought for a minute, and slowly shook his head.