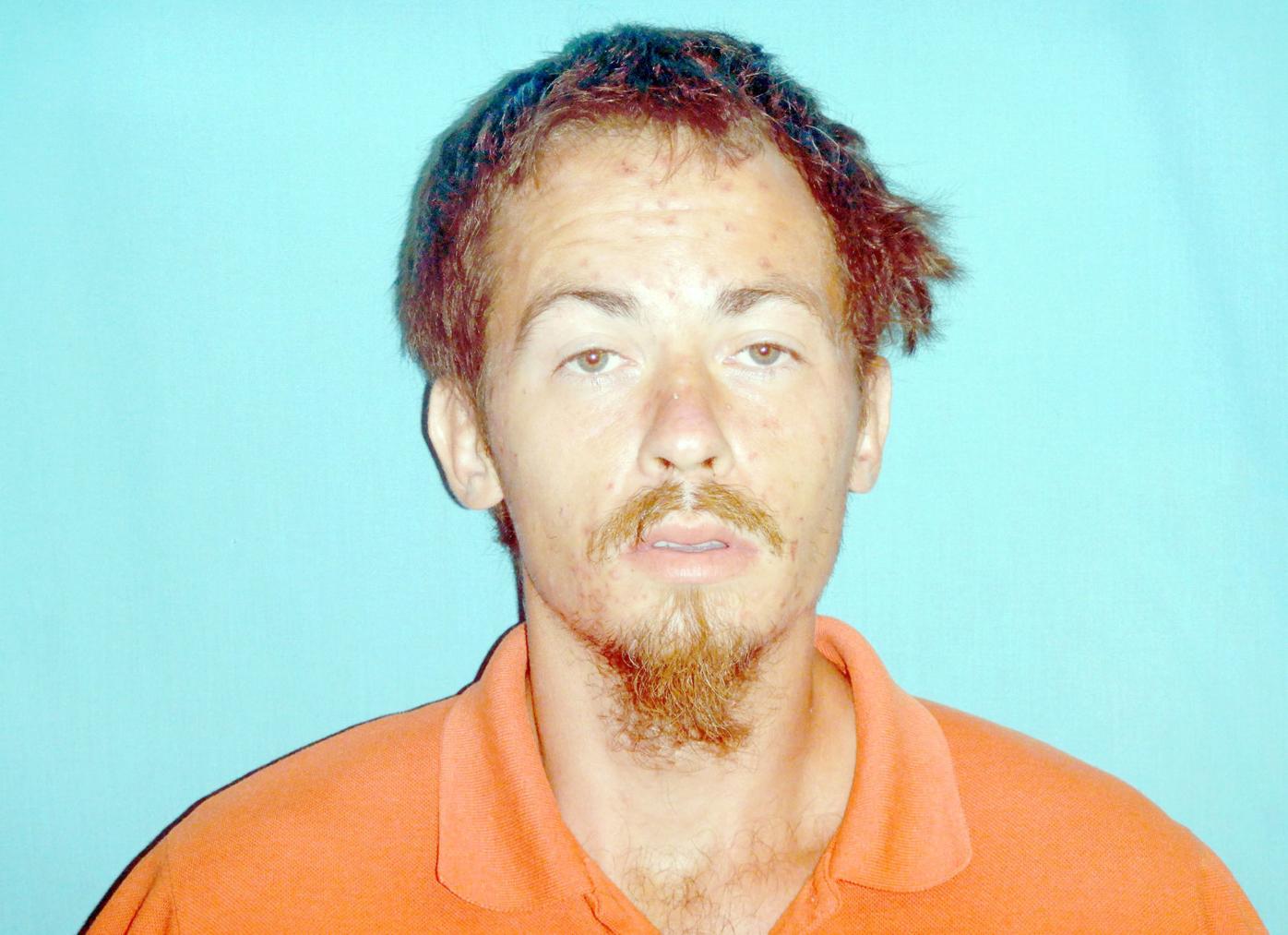 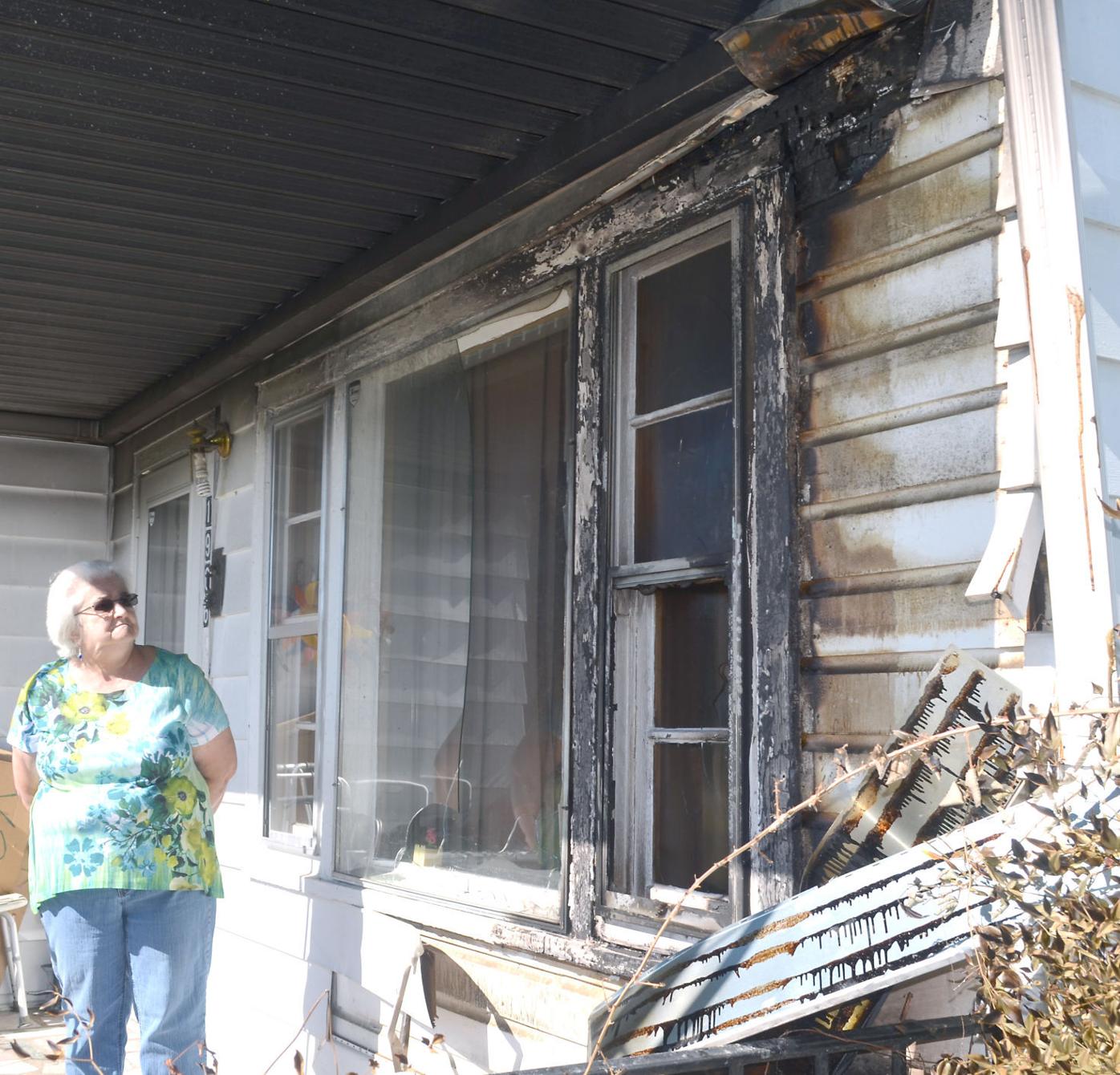 Mary Johnson looks at the damage to her porch in the 1900 block of West Main Street after a fire early on Oct. 13, 2019, that was deliberately set by a man recently sentenced to an 18-year prison term in connection with a series of arson fires.

Mary Johnson looks at the damage to her porch in the 1900 block of West Main Street after a fire early on Oct. 13, 2019, that was deliberately set by a man recently sentenced to an 18-year prison term in connection with a series of arson fires.

Brandon Joe Griffin was angry because no one would give him a ride home.

That fact served as fuel for a destructive arson spree last year in a Greeneville neighborhood.

Griffin, 28, of Timber Ridge Road, was recently sentenced in Greene County Criminal Court to 18 years in prison and ordered to pay more than $10,000 in restitution for the damage he caused.

Griffin entered guilty pleas on Sept. 18 to five felony counts of attempted aggravated arson, along with single counts of reckless burning, auto burglary and vandalism totaling more than $1,000 but less that $2,500.

Judge John F. Dugger Jr. sentenced Griffin to nine years’ incarceration on the first attempted aggravated arson conviction and a combined nine years for the remaining seven offenses to run consecutively with the first count, for an effective sentence of 18 years in prison at 30 percent release eligibility.

Early on Oct. 13, 2019, Griffin left a trail of burned and vandalized structures and other property along Marshall Lane continuing onto West Main Street and Fann Drive. The destructive rampage compelled the Greeneville Fire Department to call in off-duty personnel to man stations while other firefighters extinguished the flames.

Firefighters found a burning lawn mower parked near the back of a Marshall Lane house. The lawn mower fire spread to the occupied house and caught siding on fire. Motor oil was also poured on a sport utility vehicle near the house.

Police found a pickup truck parked down the street that had been entered. Tools were stolen out of it before Griffin pushed the truck down a driveway, causing it to crash into a tree.

Griffin continued down Marshall Lane and set a fire at the entrance door to an apartment. The fire was extinguished and the resident helped outside. The door was the only exit from the apartment, a prosecution report said.

Griffin continued onto the 1900 block of West Main Street where a recliner on the front porch of a house with three sleeping residents inside was set on fire. The flames “quickly spread to the siding and window frames, causing the glass to break out from the heat,” the report said.

A trash can owned by the next door neighbor was found burning by firefighters. The trash can was destroyed.

Another trash can at a nearby address where two people were sleeping was also set on fire. The trash can was next to a metal carport beside the house. Fire caused damage to the carport siding and destroyed the trash can.

Griffin continued onto the 100 block of Fann Drive to a house occupied by four people. Investigators found that three separate fires had been set underneath a carport canopy next to the house.

A cardboard box containing clothing and plastic on a vehicle hood and a bag of clothing next to the vehicle were set ablaze, with another fire set near the carport entrance. A bedroom was next to the carport, the report said.

A short time later, Griffin was seen by a Greeneville police officer coming from the back of the Glen Hills Utility District building in the 2000 block of West Main Street. He was taken to the Greenville Police Department for questioning.

Griffin was carrying “multiple lighters” and was wearing a black latex glove. He confessed to setting each fire, the prosecution report said. He also admitted setting another fire in a trash can on Marshall Lane that burned itself out.

“The areas that were set on fire were occupied residences. If these had gone up we absolutely could have had somebody trapped or even worse, so we consider them very serious,” Greeneville fire Chief Alan Shipley said after Griffin was arrested.

Griffin gave investigators a reason for setting the fires.

“He said he had become upset because he had called someone for a ride and no one would come and get him,” the report said.

Griffin walked from Asheville Highway down Marshall Lane on his way to a relative’s house “and just began the fire setting and vandalism acts out of frustration,” the report said.

Fire officials followed the case closely as it progressed through the court system.

“This was an unusual case since we dealt with multiple fires and crime scenes over a short period of time. There were many victims whose lives were endangered by the defendant’s actions. Several of the residences had fires set at or near the primary egress from the structure, which could have prohibited the occupants from escaping safely,” David Weems, Greeneville fire marshal, said this week.

Weems said that the successful prosecution of Griffin was the result of a collaborative effort between several agencies, including the Greeneville Fire Department, Greeneville Police Department, and the 3rd Judicial District Attorney General’s office.

“The victims were very cooperative and patient throughout the investigation, which helped us gather the evidence we needed for a successful outcome. I am certain this was a very traumatic experience for them,” Weems said.

“In the fire service, life safety is our number one priority. We investigate all fires that occur inside the Town of Greeneville, and will continue to pursue those who commit the offense of arson,” Weems added.

“This was a very serious matter. That being said, we believe every case we handle is serious, and we strive in every case to seek justice,” Mercer said.

“In the present case, we worked with the Greeneville Police Department, especially Detective Gina Holt, and the victims to accomplish justice. We believe the 18-year sentence in this case reflects that,” Mercer said.

Griffin was given credit for time served at sentencing. Dugger ordered at sentencing that Griffin “is not to possess any type of lighters or items to be able to set fire with.”

Griffin was initially charged with aggravated arson, pleading down to attempted aggravated arson. He remains held in the Greene County Detention Center pending assignment to a state facility.