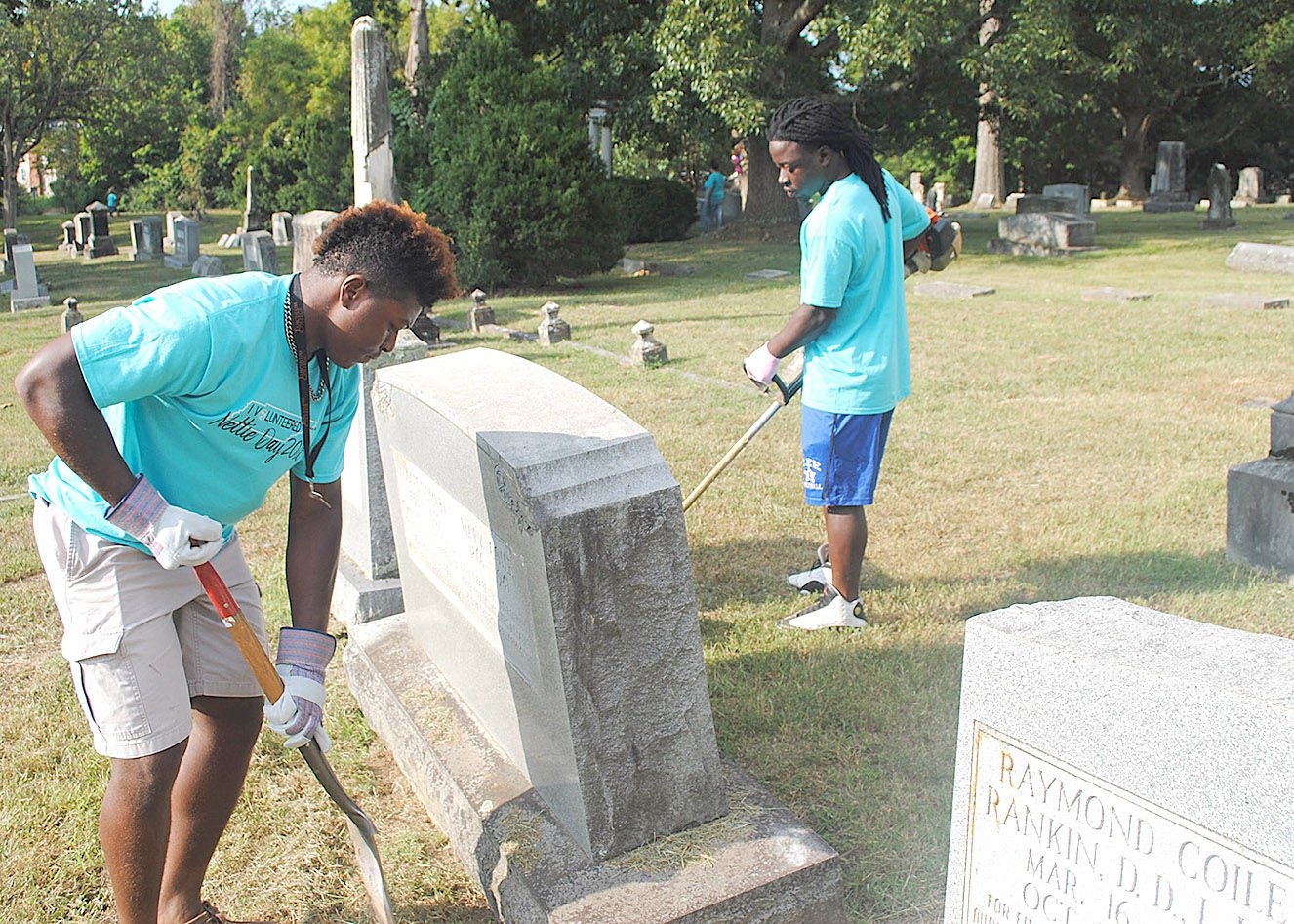 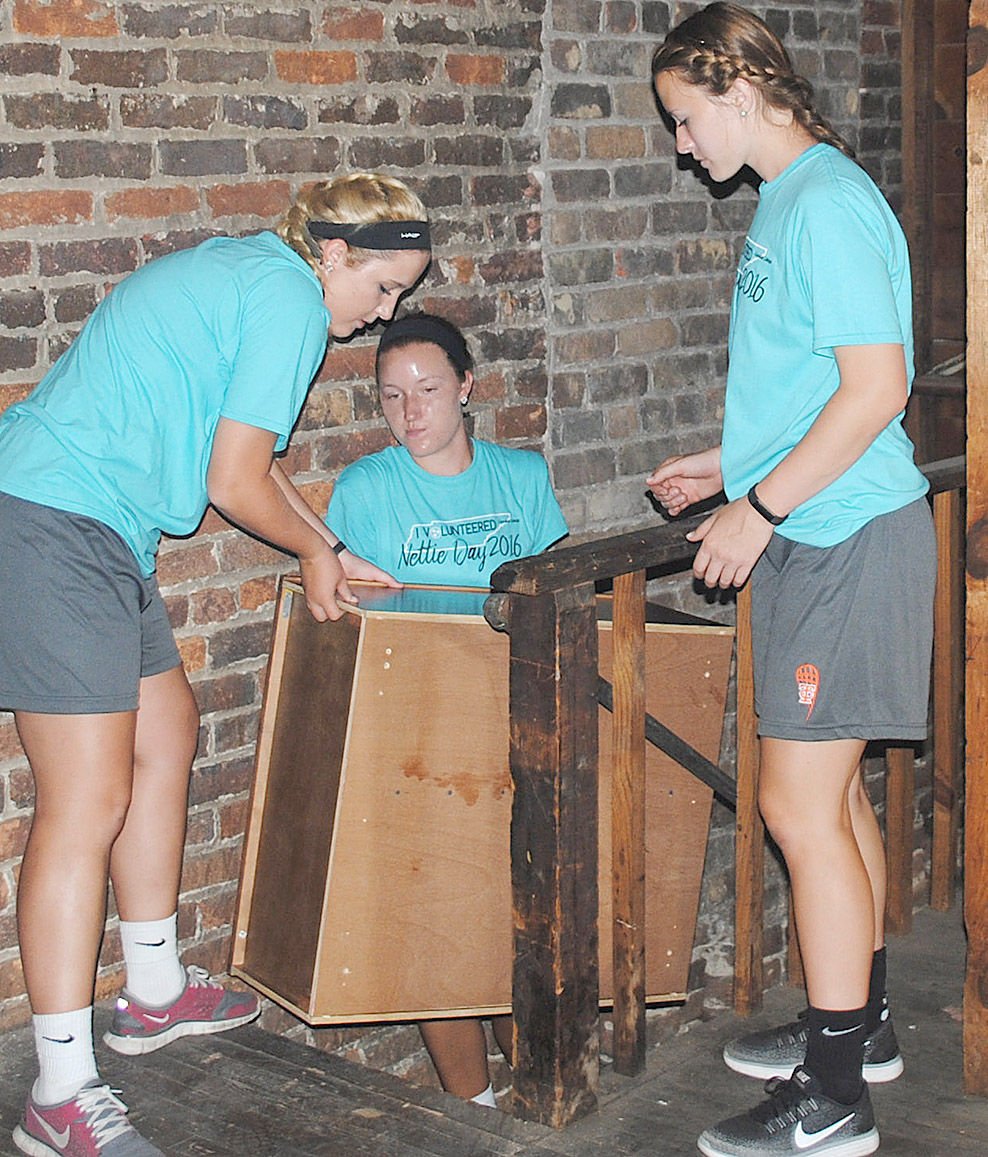 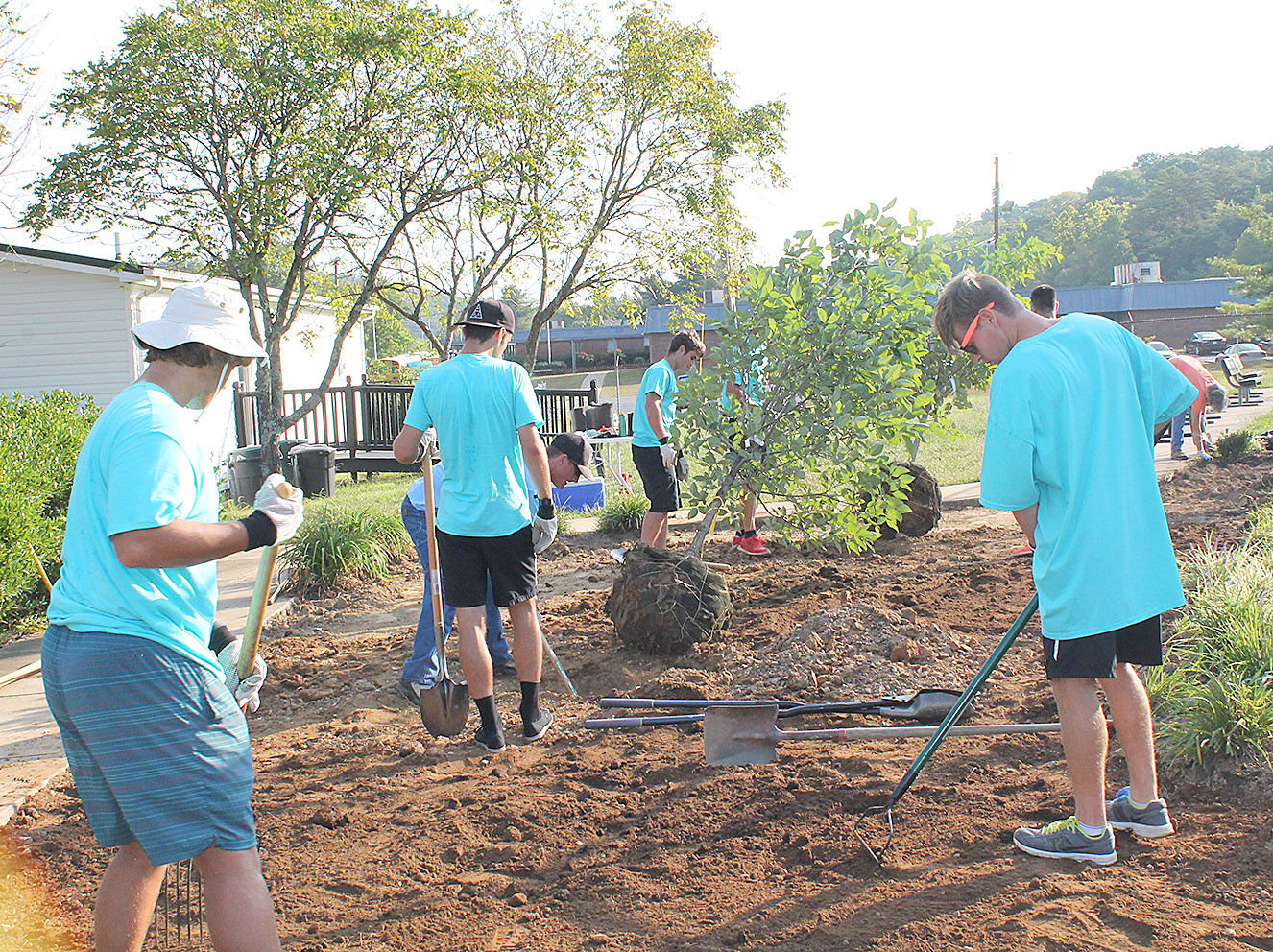 Nearly 700 students, faculty, staff and alumni fanned out into the region Wednesday to provide a day of service, helping others and improving the community.

Many other students, faculty, staff and alumni also pitched in, bringing the total to 651 participants, the largest group to take part in a decade, according to Ronda Gentry, director of the Center for Civic Advancement and coordinator of the event.

Nettie Fowler McCormick Service Day is one of the longest-held traditions on the Tusculum College campus and involves students spending time in service to others, like working to benefit local non-profit organizations and schools, the news release says.

"Today we celebrate what Tusculum does," Gentry said Wednesday. "Nettie Day serves as an introduction to our new students and a reminder to our entire community of the importance and value of community involvement."

In the morning kick-off session, Gentry told volunteers that their work would impact tens of thousands of lives.

Throughout the day, participants helped numerous organizations, including Rural Resources, the Boys & Girls Club of Greeneville and Greene County and the Greeneville-Greene County Humane Society, and carried out projects at local parks and schools.

Service activities were conducted at all Tusculum College sites and campuses in Greeneville, Knoxville and Morristown, the news release says.

Additionally, one group of students traveled to Johnson City to help set up the city's first Habitat for Humanity ReStore.

The McCormicks, staunch Presbyterians from Chicago, learned of Tusculum College through graduates who attended their McCormick Theological Seminary in Chicago. The couple became some of the most significant donors in the college's history, the news release says.

Nettie McCormick is recognized as the college's first benefactor, a title used by the college to denote a donor whose cumulative gifts total at least $1 million.

She funded construction of several of Tusculum College's historic structures, including Haynes Hall, Rankin Hall, Welty-Craig Hall, Virginia Hall and McCormick Hall, which is named after the McCormick family.

The day has evolved to take on a more generalized community service emphasis, the news release says.

This year's Nettie Day was made possible through a gift from the estate of Nancy and Leon Leslie.

Leon "Moose" Leslie was a key member of the last football team at Tusculum College prior to it being reinstated in the 1990s. He graduated from Tusculum in 1951 with a major in economics. He was elected a trustee of his alma mater in 1990 and served with distinction on the Athletic Committee until his death in 1996.

The Leslies served in the Bicentennial Campaign as members of the East Coast Advance Gifts Committee. In recognition of their support of Tusculum College throughout the capital campaign, the Leslie Resident Apartment in Craig Hall was named in their honor, the news release says.