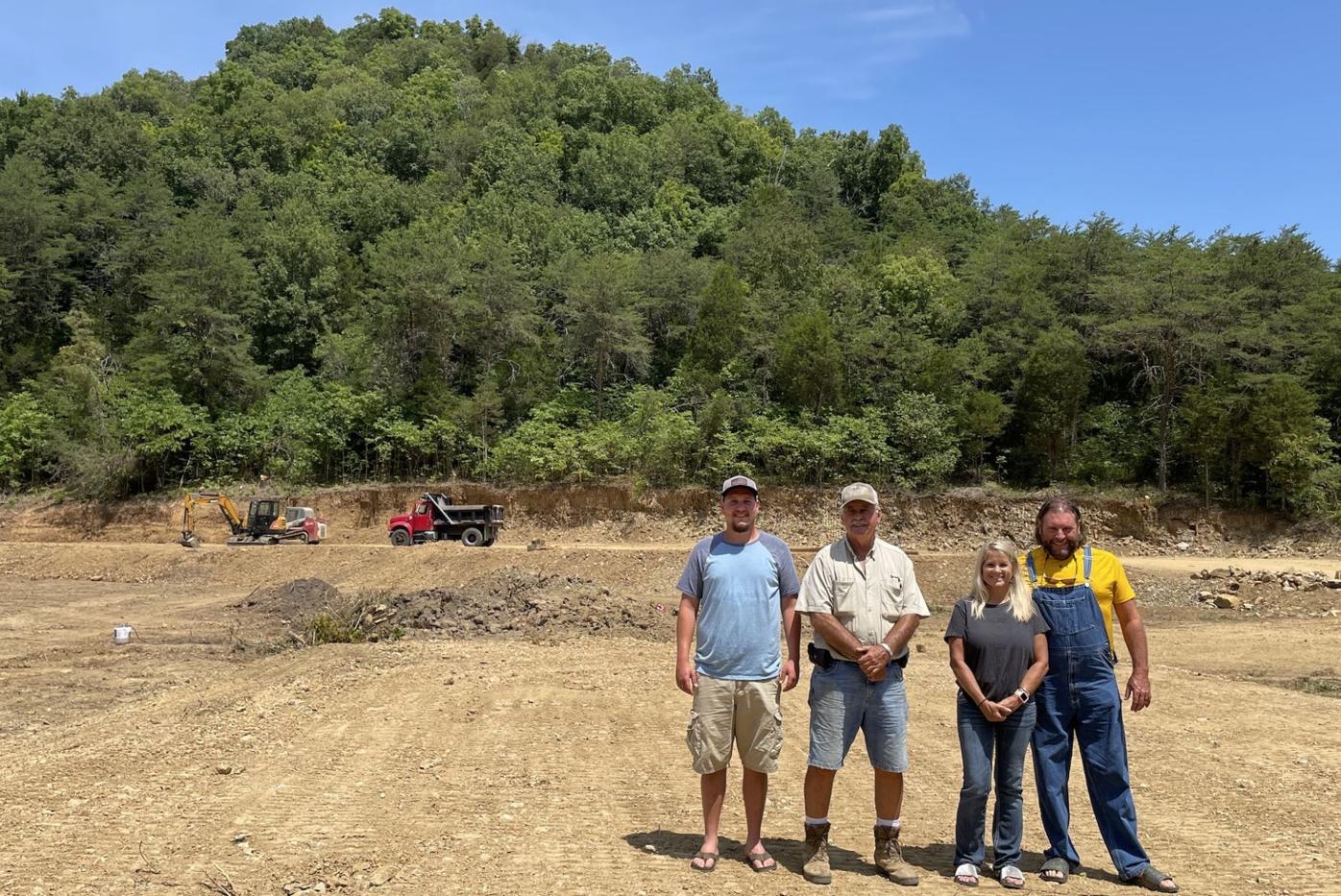 From left, Daniel Wincek, Steve Whittenburg, and Jennifer and Darrin Waldkoetter stand on the site where a country store is to be built. 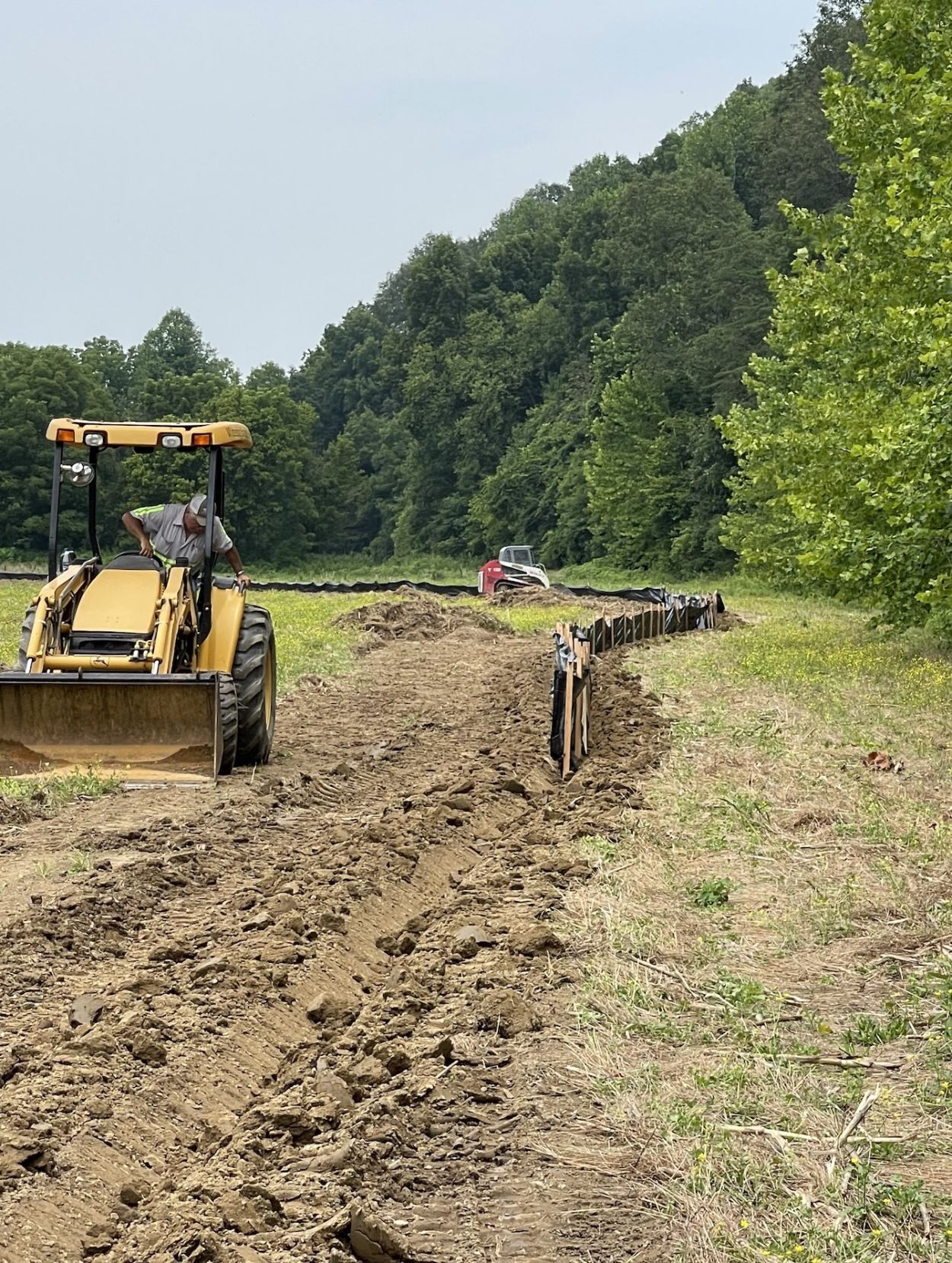 Work started Monday to dig out and construct a lake at the new campsite.

From left, Daniel Wincek, Steve Whittenburg, and Jennifer and Darrin Waldkoetter stand on the site where a country store is to be built.

Work started Monday to dig out and construct a lake at the new campsite.

Construction is underway to create a new campground near the new Love’s Travel Stop in Mosheim, and its owners have big plans for the 38.5-acre lot.

Ground was broken Friday at 12300 Lonesome Pine Trail for the $1M project.

In addition to 77 RV spots, Darrin and Jennifer Waldkoetter said the new Mammoth Ridge Campground will also have a 4-acre lake for fishing, boating and swimming, a dog park and a country store.

“The lake is going to have a white sandy beach,” Jennifer said. “Kids can paddle board, and we will rent small fishing boats and paddle boats.”

Work to create the lake, which will have a walking trail around it, began Monday. Steve Whittenburg is working with the Waldkoetters as chief excavator.

Jennifer said the country store, which will be located next to the lake, will offer basic essential items, ice and souvenirs, and will also serve as a venue for family-friendly activities.

“It’s going to have a 12-by-61-foot porch with hanging swings to come relax on, and we want to have arcade games in there and do other games like bingo nights,” Darrin said.

Darrin said plans also include building a waterslide into the lake, but that may be added later. A smaller number of primitive campsites are also in the plans for later on.

The development itself has been a year in the making.

Darrin said that he worked in management with Walmart Logistics in Illinois and was planning to transfer to the Midway Distribution Center, but after visiting the area, he said he and Jennifer bought land and started discussing plans for what will become Mammoth Ridge.

“I was driving by and saw a for sale sign hidden in the bushes,” Darrin said. “We originally bought land here because it’s just beautiful. We love this area, and this just worked out perfect.”

He said the pair have been in Greene County for six months now.

The Waldkoetters said they want for Mammoth Ridge to be kid- and family-friendly and that they hope to attract both tourists and locals.

“We want to make the store big enough with plenty of seating, and we’d like for locals to come by and sit and drink their coffee,” Darrin said.

Jennifer said she and Darrin expect to hire eight to 10 employees, including Park Manager Daniel Wincek, a native of Wisconsin who previously worked with Darrin at Walmart Distribution.

The Waldkoetters said if all goes to plan, they hope to open Mammoth Ridge in early 2022 and host a grand opening later in the spring.