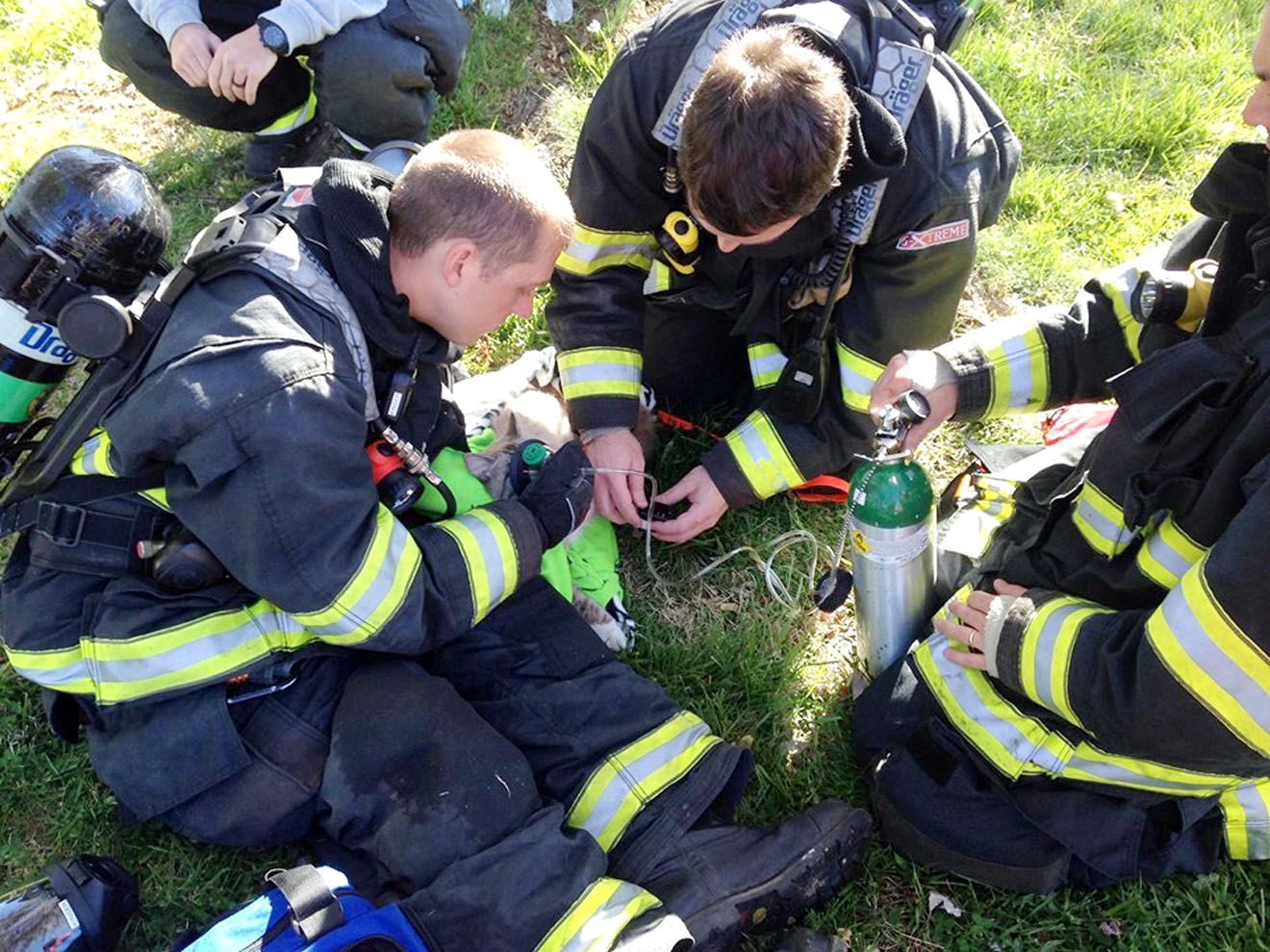 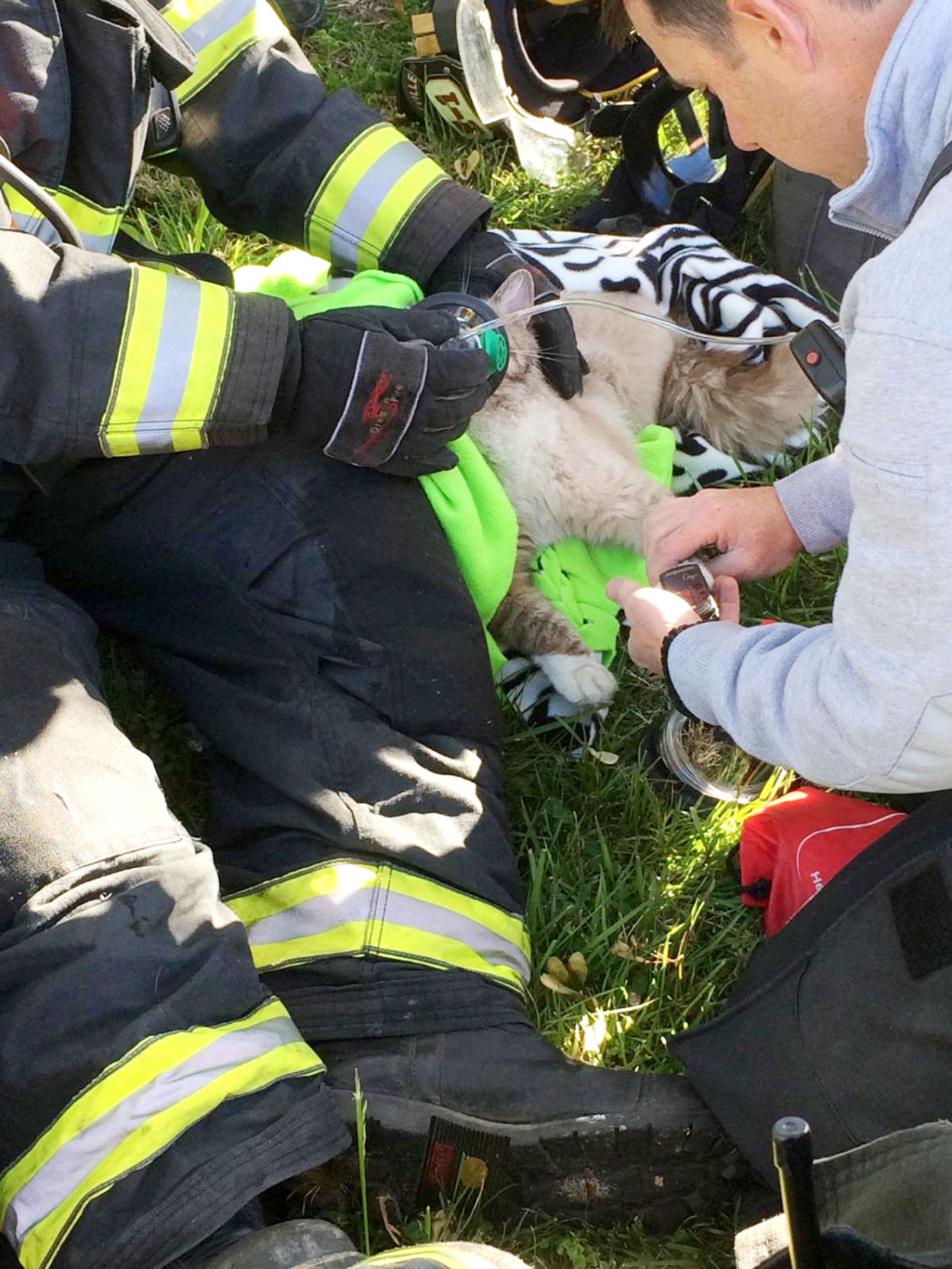 When it comes to rescues, firefighters aren't just focused on humans.

After being called to a house fire on Alderman Drive early Wednesday, crews from the Greeneville Fire Department were quick to pull Truman the cat from the smoke-filled home, extinguish the flames and work to revive him.

With Truman unconscious and labored in his breathing, firefighters relied on some of the newest equipment added to their trucks: oxygen masks designed specifically for cats and dogs.

The masks differ from those used on humans. A special valve forces oxygen into the animal's air passages. Human masks, with a continuous oxygen flow, aren't helpful to animals unless they're already breathing.

However, Wednesday marked the first time they've used the gear in an actual emergency.

When firefighters emerged from the home carrying Truman, Greeneville police called on officials from the Greeneville-Greene County Humane Society to help.

After receiving oxygen for about 30 minutes, Truman began to regain consciousness and Human Society Manager Amy Bowman transported him to Duckworth Animal Hospital, where he continues his recovery.

"Dr. Stacia Cook updated us on the cat's condition this afternoon," Bowman said Wednesday, describing Truman as "resting, but traumatized."

"It will be at least a week before the full extent of the damage from smoke inhalation will be known," she said.

Greeneville Fire Chief Alan Shipley checked on Truman late Wednesday, and noted that he was breathing on his own and responding to humans.

"Hopefully this will have a good outcome," Shipley said.

"When we go to schools, we tell kids and they know not to go back inside a burning building. But, they always ask, 'What about my pet?'" he said. "We do go back and get them, too."

Bowman said she was struck by the compassion firefighters demonstrated as Truman was suffering from smoke inhalation.

Local fire departments not already equipped with the masks can learn more about the "Project Breathe" donation program and fill out a request form at www.invisiblefence.com/why-invisible-fence/project-breathe.