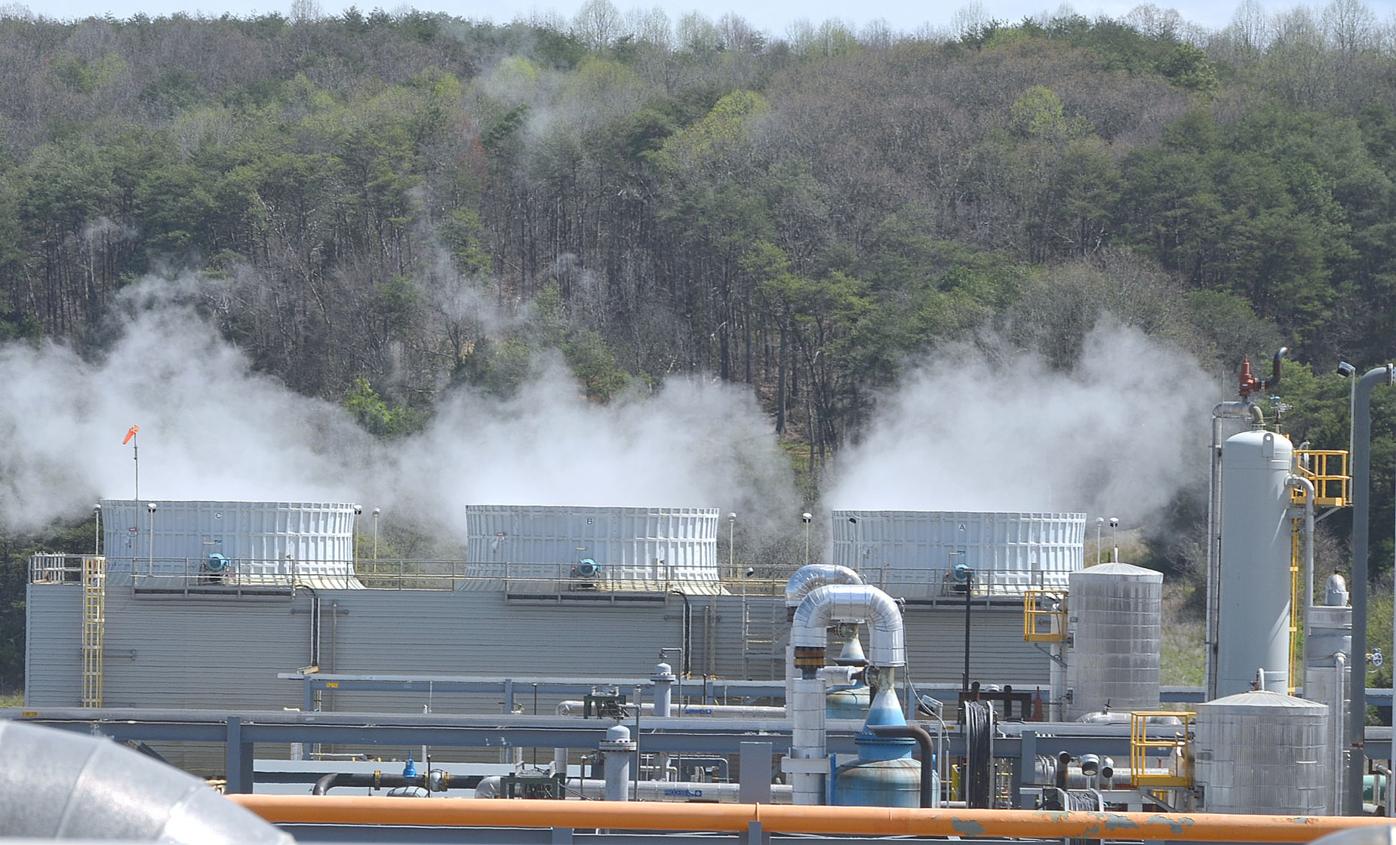 Steam rises from three cooling towers at the US Nitrogen facility in Midway in this 2018 photo.

US Nitrogen produces liquid ammonium nitrate at its Pottertown Road facility in Midway. A 12-mile-long pipeline provides water from the Nolichucky River for plant operations. Another sends wastewater back into the river.

Steam rises from three cooling towers at the US Nitrogen facility in Midway in this 2018 photo.

US Nitrogen produces liquid ammonium nitrate at its Pottertown Road facility in Midway. A 12-mile-long pipeline provides water from the Nolichucky River for plant operations. Another sends wastewater back into the river.

A virtual public hearing will be held next month by the Tennessee Department of Environment & Conservation to get public input on a permit request by US Nitrogen to authorize the continued discharge of millions of gallons of wastewater into the Nolichucky River.

TDEC has also given US Nitrogen approval to release hydrostatic water in sections of a pipeline that moves water from the river to the Midway plant to test for leaks.

The US Nitrogen permit would authorize the discharge “of process, non-process and cooling water generated by the production of nitric acid, ammonia, and ammonium nitrate solution to the Nolichucky River,” according to TDEC.

To access the meeting, use the WedEx location of: https://tngov.webex.com/tngov/j.php?MTID=m5c4ac6ff30915eccfa45afe7b7f3eb33.

US Nitrogen LLC, a subsidiary of Ohio-based Austin Powder Inc., is located on about 500 acres at 471 Pottertown Road.

US Nitrogen produces liquid ammonium nitrate. It uses a pumping station and two 12-mile-long pipelines to draw water from the Nolichucky River, for use in its manufacturing and cooling processes, then discharges water back into the river. The pumping station and pipelines are owned by the Industrial Development Board of Greeneville and Greene County but leased to US Nitrogen.

An existing National Pollutant Discharge Elimination System permit for US Nitrogen expires Oct. 31. The NPDES permit allows individual discharges into the Nolichucky River. A new permit would allow the practice to continue through 2025.

TDEC received a notice of intent on Oct. 1 from U.S. Nitrogen on behalf of the IDB to conduct hydrostatic water testing.

US Nitrogen will open the river water supply pipeline in an area 1,000 feet southeast of Lick Creek in the McDonald Road right-of-way, about 1,800 feet northeast of Beulah Baptist Church in Mohawk, a US Nitrogen official wrote in a Sept. 25 communication to Vojin Janjic, of the TDEC Division of Water Resources. Up to 22,000 gallons of water will be released in the leak test, according to the notice of intent filed with TDEC.

Approval by the Tennessee Department of Transportation for permission to discharge hydrostatic water along the McDonald Road right-of-way is also required.

A testing date is not specified in TDEC or US Nitrogen communications. Testing can be conducted through April 30, 2021, a TDEC notice of intent states.

US Nitrogen operations and water discharge testing pose a public health threat, Greene County environmental activist Park Overall wrote last week in a series of email exchanges with TDEC. Overall asked TDEC who collects samples and monitors the water release process, and when and in what amount water will be released.

“Either US Nitrogen or their contractor will be collecting their own samples for analysis. The general permit does not require notification to anyone regarding the planned date and time of releases. The general permit does not limit the amount of water that can be released at one time. The permit contains narrative conditions stipulating that the permittee is to use best management practices to minimize the amount of pollutants, including sediment, that has potential to be conveyed in the release,” Jan Compton, TDEC director of external affairs for the Johnson City region, replied.

A five-year permit allowing US Nitrogen to draw water from the Nolichucky River for its operations was issued by TDEC in 2019.

US Nitrogen plant Manager Dylan Charles said Friday in an email the wastewater permitting process is in accordance with TDEC and federal regulations.

“US Nitrogen remains committed to the health of the public and the environment. We operate under compliance to all permits issued to US Nitrogen by the governing agencies. The notification from TDEC is for a renewal of our existing NPDES permit which US Nitrogen has compliantly operated under for the last five years,” Charles said. “

Charles said there are no changes to the conditions of the NPDES permit issued to US Nitrogen by TDEC five years ago.

“This is a standard process in the renewal cycle of the NPDES permit. There has never been, nor will there ever be, any public health hazards posed by the discharge of the waters back to the Nolichucky River,” Charles said.

US Nitrogen’s plans to use the river for its manufacturing operation were the focus of several lawsuits that have since been resolved. The Greene County plant site was first announced in 2011 and the plant construction began in 2012.

US Nitrogen has been in full operation since 2017.