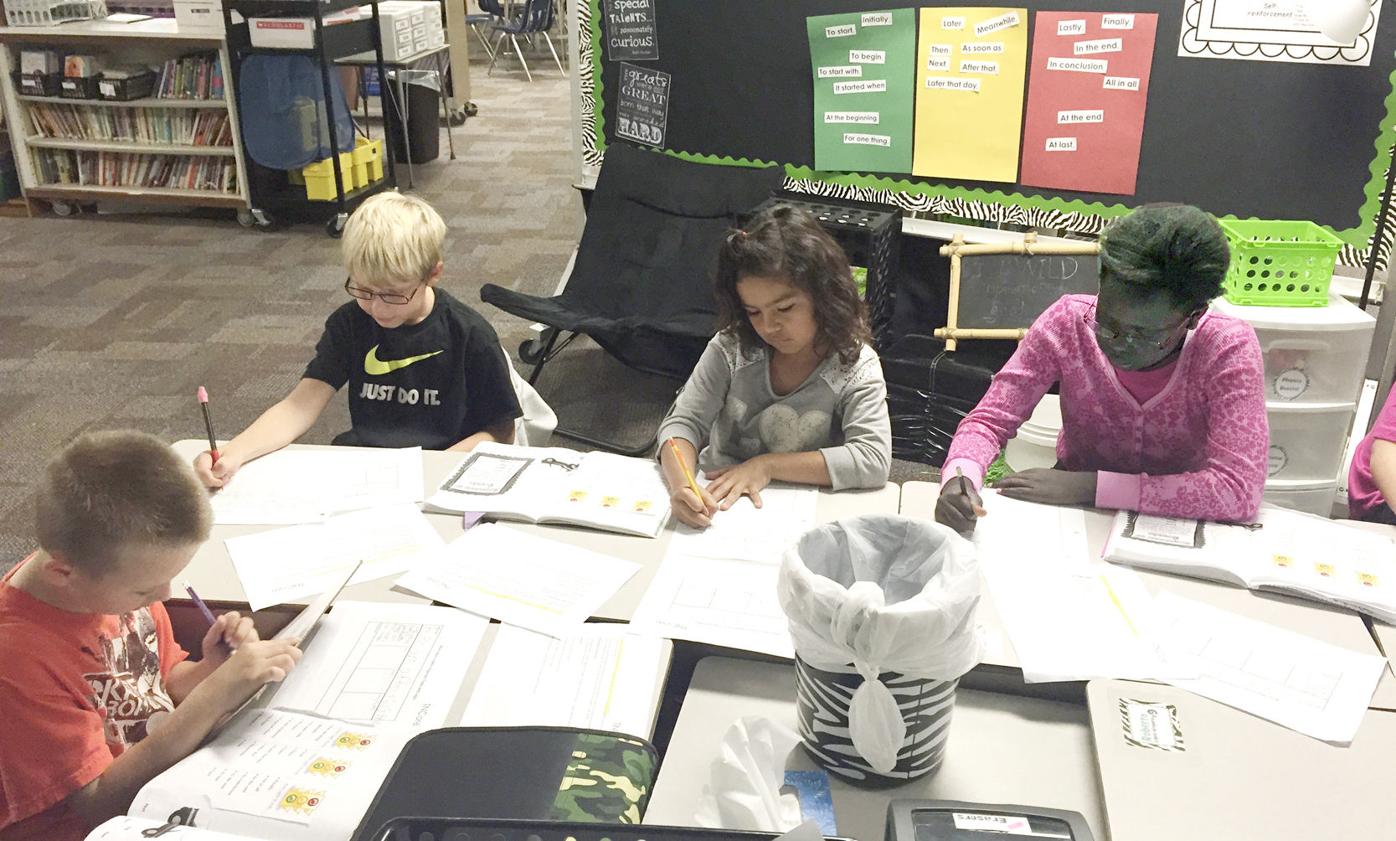 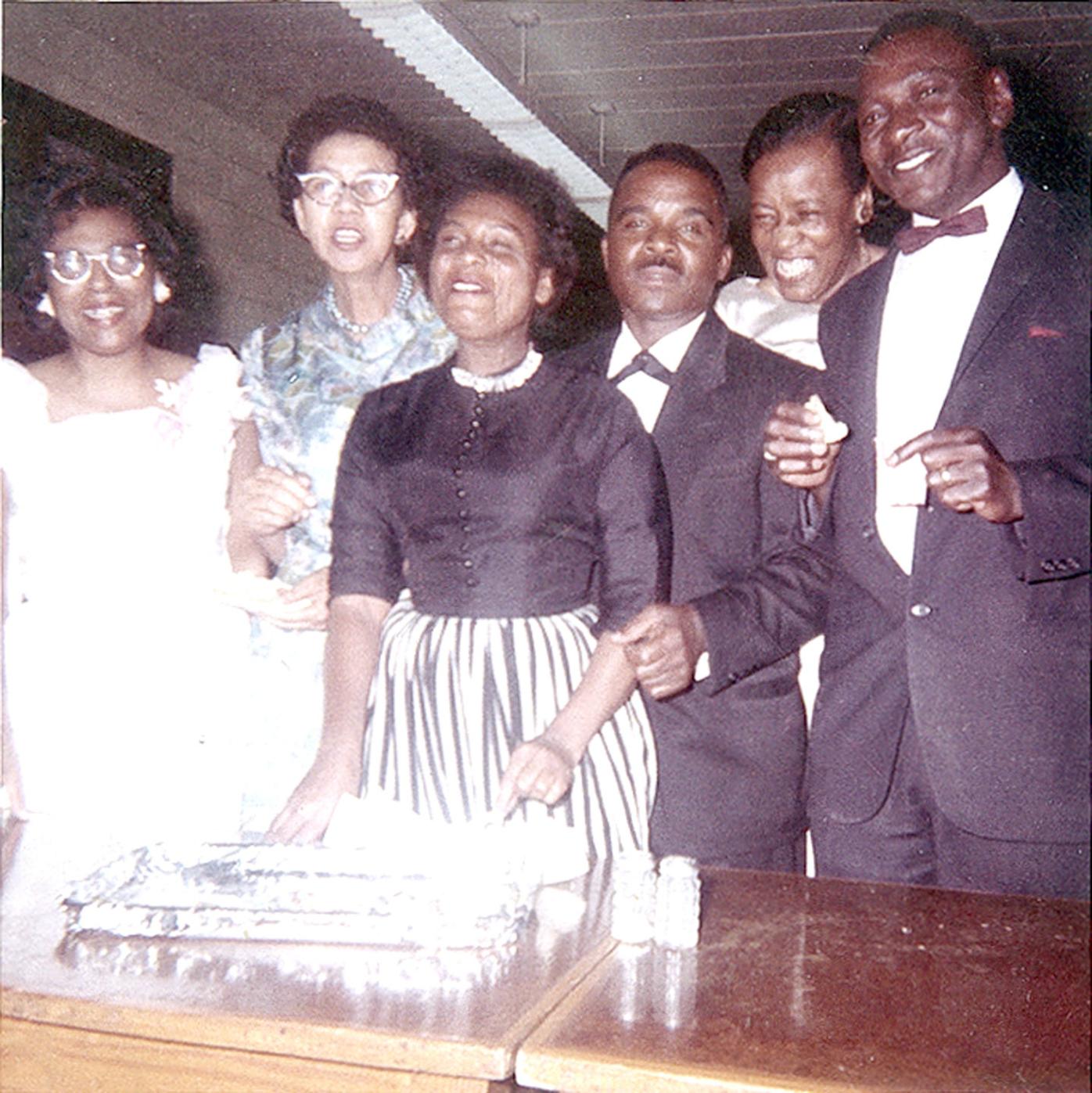 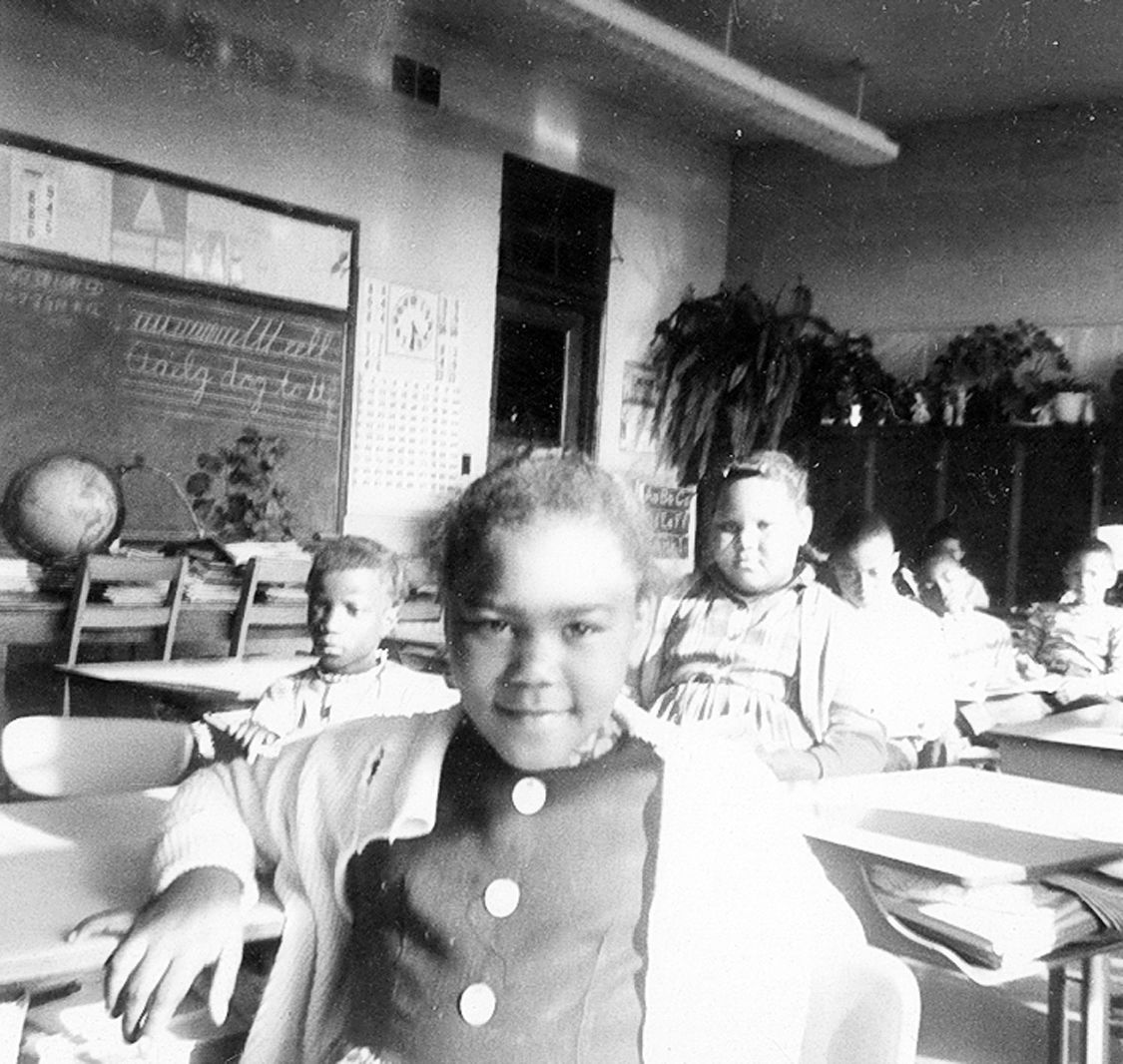 Kathy Hackler, center, and other unnamed students smile in this un-dated photo from a racially-integrated classroom at Crescent School.

Kathy Hackler, center, and other unnamed students smile in this un-dated photo from a racially-integrated classroom at Crescent School.

In classrooms throughout Greeneville, students of different ethnicities learn side-by-side every day. But, until only 50 years ago, that wasn't the case.

This year marks half a century since the federally-mandated racial integration of American schools was implemented in Greeneville in 1965.

Before that, students were afforded different educational opportunities -- based solely on the color of their skin.

While some communities struggled to make the change to racially integrated public education, Greeneville schools, by all accounts, experienced a relatively smooth transition.

Looking back on the change in recent interviews with The Greeneville Sun, several local black citizens who were part of that transition spoke of mixed feelings -- a sense of pride in their pasts, along with acknowledgment of sadness over the inequality that preceded integration.

From 1932 until integration in 1965, black students in Greeneville attended Greeneville College High School, which was renamed George Clem School in 1939. (See related story on page A-???)

The school, located on Floral Street, was owned and operated by the Town of Greeneville for black students, while white students attended other local public schools.

By most accounts, Greeneville College High School/George Clem School had less in terms of funding and materials than the local public schools for white students, but the education George Clem School provided was anything but second-rate, former students say.

"I think we had a good education," said Richard Elder, a 1957 George Clem School graduate.

"I had friends that went to Greeneville High School after integration. Teachers were amazed at what black students knew that white students didn't know."

"I feel like I came up in the best environment," she said. "We may not have had as much, materially, but, we were happy."

Manuel and Elder referred to a family-like unity at the school, which carried over into all aspects of life for members of the local black community at that time.

"As a school, we were united. We did things together. School and churches were together, and the teachers were outstanding," Elder said.

"We might not have had as much as the white schools, but we had more unity in our schools with our teachers," Manuel added.

"I think, if anything, you felt like you were part of a family," Anderson said of George Clem School. "It was just one big family up there. The teachers had more of a caring attitude and had a passion for the kids."

One of the best known teachers from George Clem School is Fannye Jones, who, beginning with school integration, also went on to a lengthy teaching career at GMS.

In a recent interview, Jones, soon to turn 97 and now living in Greensboro, N.C., said she had fond memories of both George Clem School and GMS.

"School was a joy. It really was," she said, adding sentiments that echoed others' comments about a family-like atmosphere at George Clem.

"Our community was very small, and I knew 99 percent of the parents," she said.

"Parents were very cooperative. Any time there was a problem we needed to talk to the parents about, they were always willing to listen and do what they could to correct the problem."

Jones said it was true that George Clem students often had inferior materials, or had to raise money to buy enough materials, such as workbooks, for everyone.

"There might have been 15 students in the class, but we might not have had but 12 math books," she said. "There were things that we did not have up there, I remember that."

In many cases, George Clem students were left with "hand-me-down" books or equipment.

"We sometimes got leftover books from the year before. We didn't always get the new set of books when they changed from one book to the other," Jones recalled. (For more recollections from Jones, see related story on page A-???)

But Jones and her late husband, Coach John J. Jones, and other George Clem School faculty members, such as the late Georgia Mae Farnsworth, the late Grace Bradley, the late Anna Lee Manuel and the late Lottie Henry, persisted in their work and are now remembered as being like parents to the students, Elder, Manuel and Anderson agreed.

"You did not half-do in Mrs. Jones' class," Manuel remembered with a laugh.

Henry, she added, was known to keep food in her closet for students who came to school hungry.

"Coach Jones was like a father figure to me," said Don Hamilton, a 1958 George Clem graduate.

"He instilled in us to be the best you can be, give 100 percent and work as long as you can for as hard as you can."

Anderson credited George Clem School teachers such as Farnsworth and the Joneses with preparing students for integration.

"The teachers did a wonderful job of making us feel proud of who we were," he said.

A SENSE OF PRIDE

Apart from the public schools, other members of the black community, such as the late Rev. C.C. Mills Sr., longtime pastor of Friendship Baptist Church, had valuable lessons for black youngsters on the cusp of integration.

"C.C. Mills Sr. taught us, 'Be aware of yourselves, but be proud of who you are,' and that goes for male and female (inequality), too," Anderson said.

The late Rev. Mills, according to many accounts, had approached Greeneville officials about local racial inequality -- in particular, high rates of black unemployment -- as early as 1956.

In 1983, Mills was quoted in Bicentennial, a special Sun publication looking back on the 200th anniversary of the founding of Greeneville in 1783.

In that article, which focused on how local integration in the community was achieved, he stated that his most valuable piece of advice for young black students was to "Strive to be the best you possibly can. That way, you're able to look any person straight in the face. And you'll never feel you're inferior to anybody."

That kind of lesson, Anderson said, has stayed with him for life, and is guidance that he has passed along to his own children and grandchildren.

"My daughter came up in the school system here in Greeneville. She faced some issues, but, once again, it's just life itself," he said.

"You can't point a finger at everyone just because of one or two people that are still living in darkness. I've told her, and I tell my grandkids as well, 'You never apologize for who you are just because of somebody else's problem.'"

When schools were integrated in 1965, by most accounts, black and white students adjusted to the change easily.

"There was no problem between black and white at that time -- there were a few problems, but not like it was in Arkansas or Alabama or what not," Elder said.

"I think most people were for integration," Anderson said. "It's just like today, though. You have a small handful that raise a question for everybody else."

"It was blacks against whites, and a white teacher trying to break it up fell and broke a hip," he said. "After that, most realized it wasn't worth (fighting about) and just walked away from it."

"The process of integration was badly needed. Even as far as amending the social climate -- that's still badly needed," he said.

"We can celebrate a lot. But then again, can we celebrate?"

Elder and Manuel agreed that there are still issues of inequality for the black community to overcome.

"I think our children would be more comfortable in the schools if they could see someone who looks like them," Manuel said.

"Schools today only have one month to celebrate and learn about black history. It should be just like white history -- all year long."

Several words were inadvertently omitted in the lede (first paragraph) of The Greeneville Sun's front-page story on Saturday, Oct. 3, concerning the 50th anniversary of the integration of the Greeneville City Schools.

Athletic Teams Were Segregated Too

Athletic Teams Were Segregated Too BY SARAH R. GREGORY STAFF WRITER Before schools were racially integrated in 1965, students were separated by race not only in the classroom, but also on the field. At Greeneville's all-black George Clem School, student