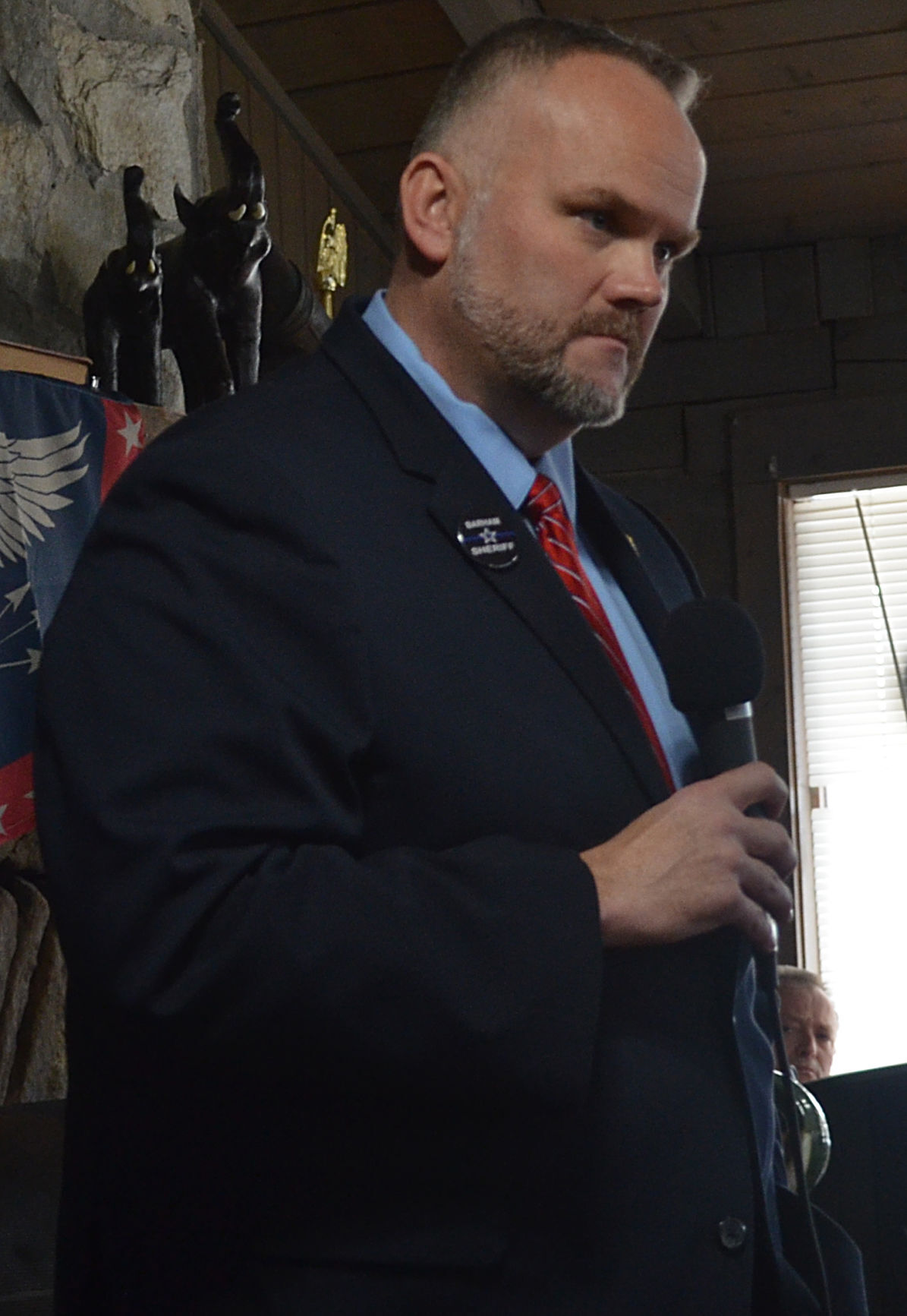 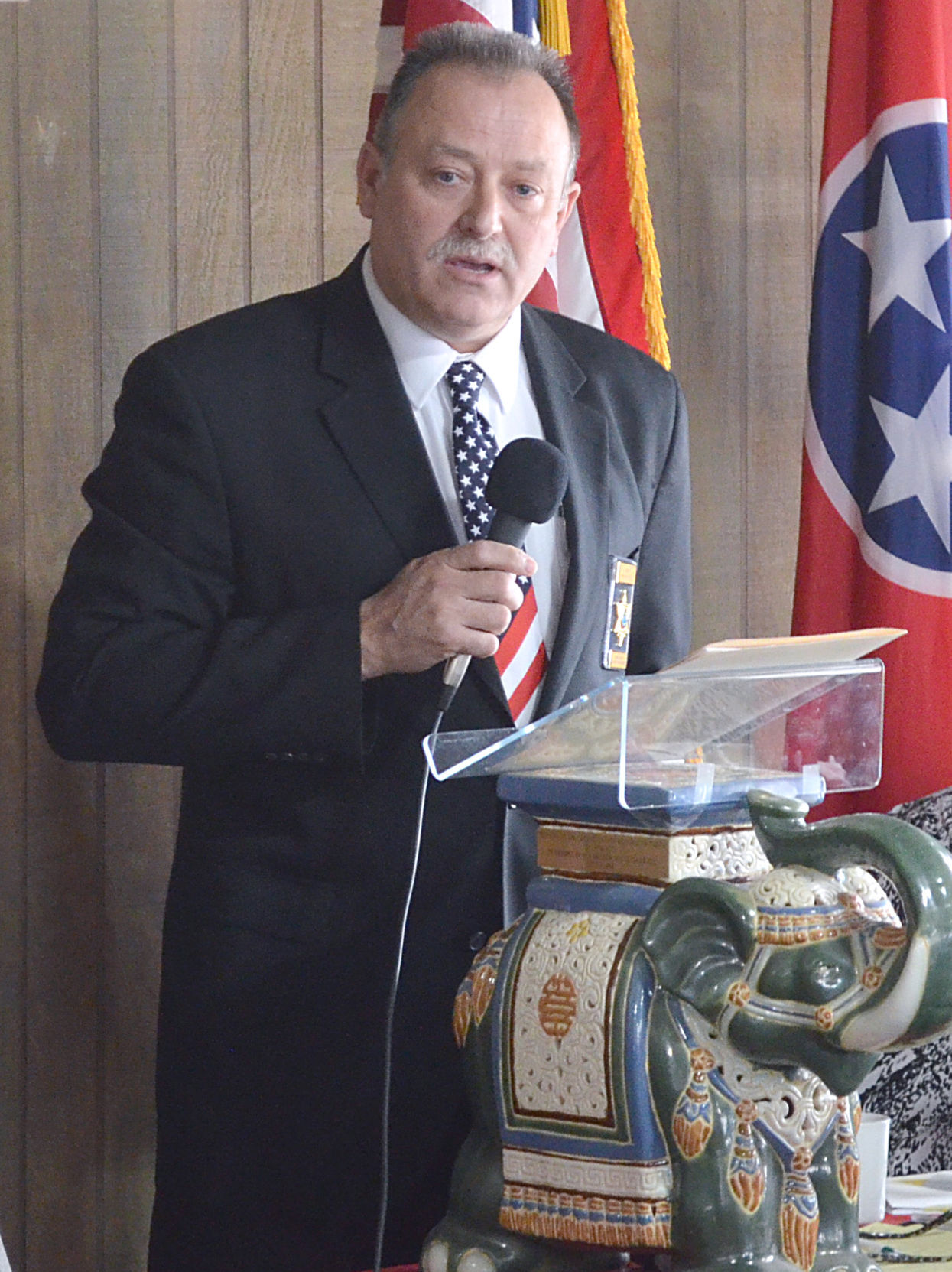 Sheriff Wesley Holt, who is running for reelection in 2022, addressed the Greene County Republican Women Thursday during the group’s meeting at the Harvest Family Restaurant. 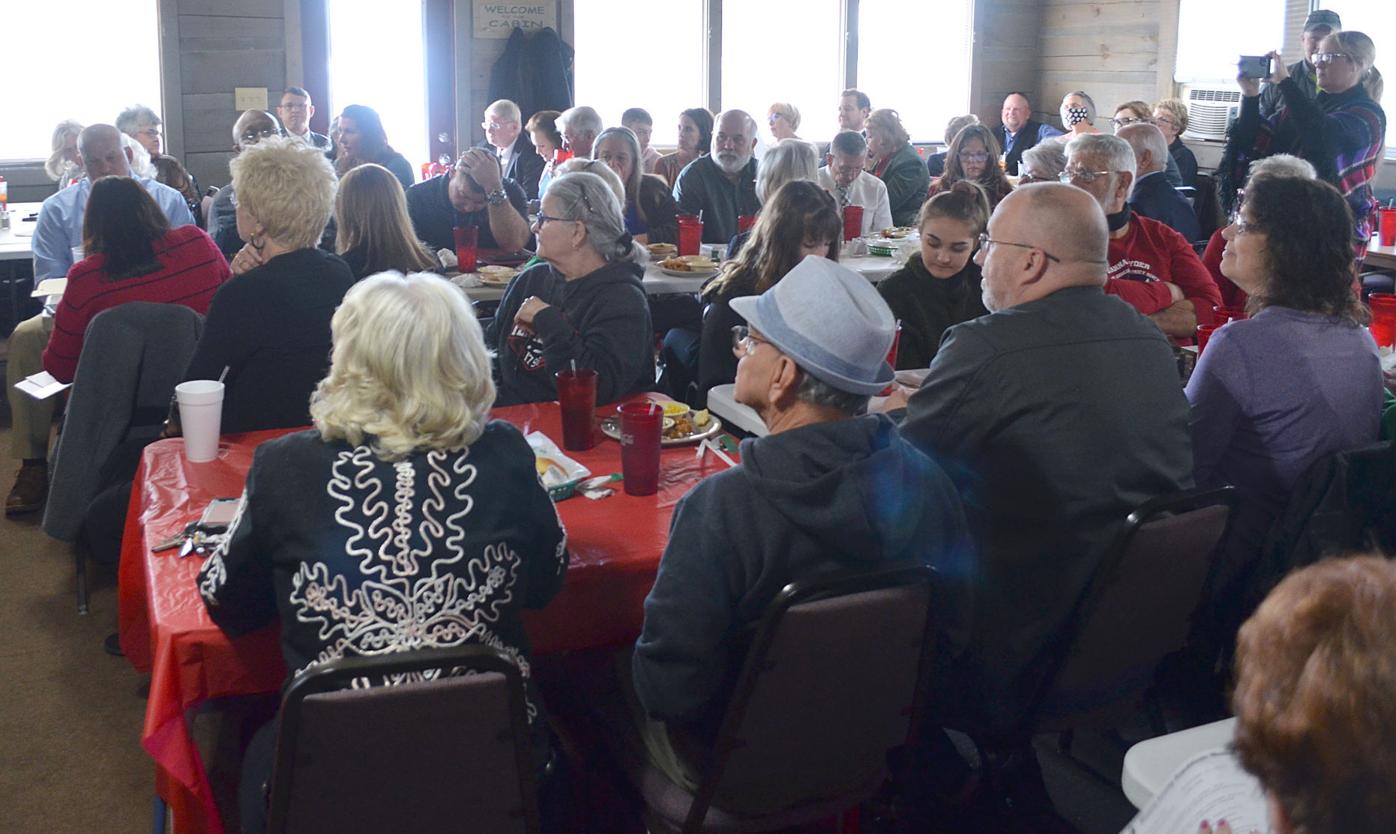 Sheriff Wesley Holt, who is running for reelection in 2022, addressed the Greene County Republican Women Thursday during the group’s meeting at the Harvest Family Restaurant.

Both will run in May in the Republican Party primary for sheriff.

The candidates highlighted their law enforcement experience, professional accomplishments and what they would do if elected sheriff.

Barham, 43, has been a special agent for the last 10 years with Norfolk Southern Corp. He previously served as a Knoxville police officer for 10 years. The Greene County native began his law enforcement career with the Greene County Sheriff’s Department, working at the Greene County Detention Center and as a fill-in patrol deputy.

Barham said his duties with the railroad include investigating a variety of crimes in a coverage area that spans 23 counties in Tennessee and one in Kentucky.

That gives Barham the opportunity to work with law enforcement agencies over a wide area.

“I’ve seen how a lot of things are done, good and bad,” he told an attentive crowd of about 100 people at the Harvest Family Restaurant.

Barham said he would use that knowledge to improve the office if elected sheriff.

Barham said his experience and training in the diverse Knoxville community also help prepare him for the responsibilities of sheriff.

Barham’s duties with Norfolk Southern include patrolling railroad property and conducting criminal investigations for crimes that include theft, vandalism and trespassing. He often works in cooperation with other law enforcement agencies in his coverage area.

“I do anything and everything that a normal law enforcement agency would do,” he said.

The Greene County native moved back home in 2018.

If elected sheriff, Barham said he would assess current operations before considering any policy changes.

“That would be an evolution I would have to take should I be elected sheriff,” he said.

Barham said one focus as sheriff would be on programs for young people to proactively prevent drug use.

“Our biggest need is to show the teens and kids what we can do for them now. If we don’t invest in them now, we will pay for it later,” he said.

Barham said last year after announcing his candidacy that he is running for Greene County sheriff after 24 years in law enforcement because he has “more to accomplish.”

“We need to get back to basics and put citizens first,” he said.

Barham Thursday urged the public to consider his candidacy.

“I wish everybody would take an objective look at the races,” he said.

Holt, 53, cited his 32-year law enforcement career with the sheriff’s department. Holt came up through the ranks and was elected to a first four-year term as sheriff in 2018.

Holt has also served in a variety of other capacities as a first responder, including as chief of the St. James Volunteer Fire Department and continued membership with the Greeneville-Greene County Emergency & Rescue Squad.

“If you don’t remember anything else today, remember this: experience,” he said. “That says a lot when you have previous experience.”

As sheriff, Holt is also responsible for operations at the Greene County Detention Center, which has been certified every year he has been in office by the Tennessee Correctional Institute.

Holt said there is no current need for a new jail in Greene County. Improvements continue to be made to the existing building and workhouse annex, he said.

Holt has overseen the placement of 17 school resource officers in county schools, an emphasis that would continue should he be reelected.

Programs to discourage drug use among students will also continue, Holt said.

Continued support of the 3rd Judicial District Drug Task Force would also be one of Holt’s priorities. An additional deputy to investigate Greene County cases will continue to be assigned to the DTF, Holt said.

“I want to keep our drug enforcement officers here in Greene County,” he said.

Recent drug arrests show some progress in the fight to stem distribution of drugs like methamphetamine, but much work remains to be done.

“The borders remain open,” Holt said. “It”s like taking a teaspoon to get the ocean dry.”

Holt said a detective would be detailed to help prevent crimes against children. The detective would be assigned to work with the Internet Crimes Against Children Task Force, which coordinates with the National Center for Missing and Exploited Children on “cyber tips” relating to child pornography.

Holt told the group Thursday that he remains a careful steward of taxpayer funds.

“I’m always looking for ways to save the taxpayers money,” he said.

Applying for and receiving numerous grants has meant improved highway safety and equipment for deputies and the sheriff’s department, he said.

“These are your tax dollars. We pinch pennies on our tax dollars,” Holt said. “I treat it as if it’s my money. You’re not seeing an increase in taxes the last three years because I manage my budget.”

Holt said a planned move of sheriff’s department offices to one floor of the former Takoma Regional Hospital in Greeneville will create much-needed space for the departmental.

If reelected, Holt said he will continue to emphasize accountability and his “open-door policy” with the public.

“I know I’ve done the best job I could do in this office,” he said. “I’ll run this race with absolute integrity just like I did in 2018.”

Other 2022 candidates for elected office will be guest speakers at upcoming meetings of the Greene County Republican Women.