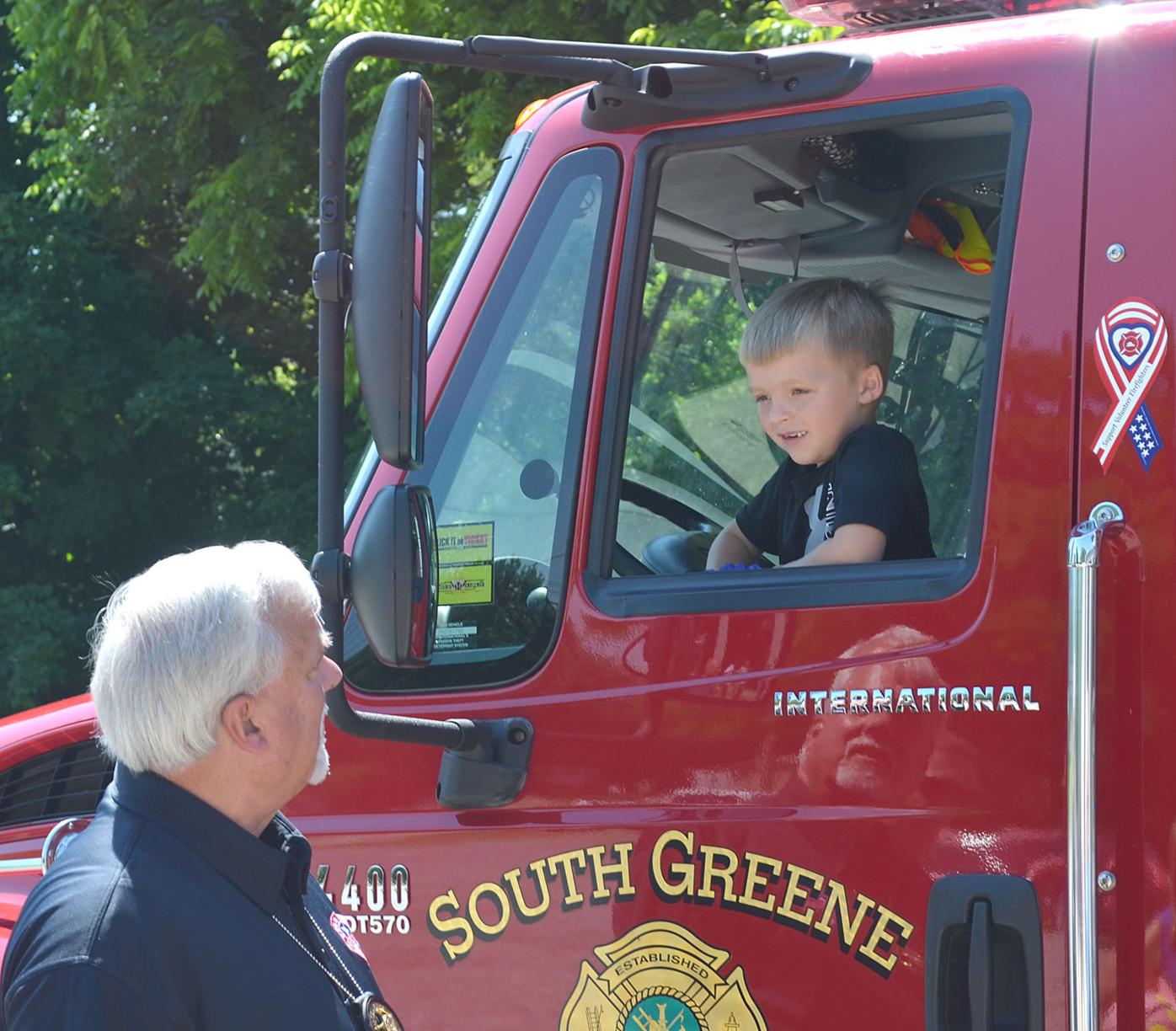 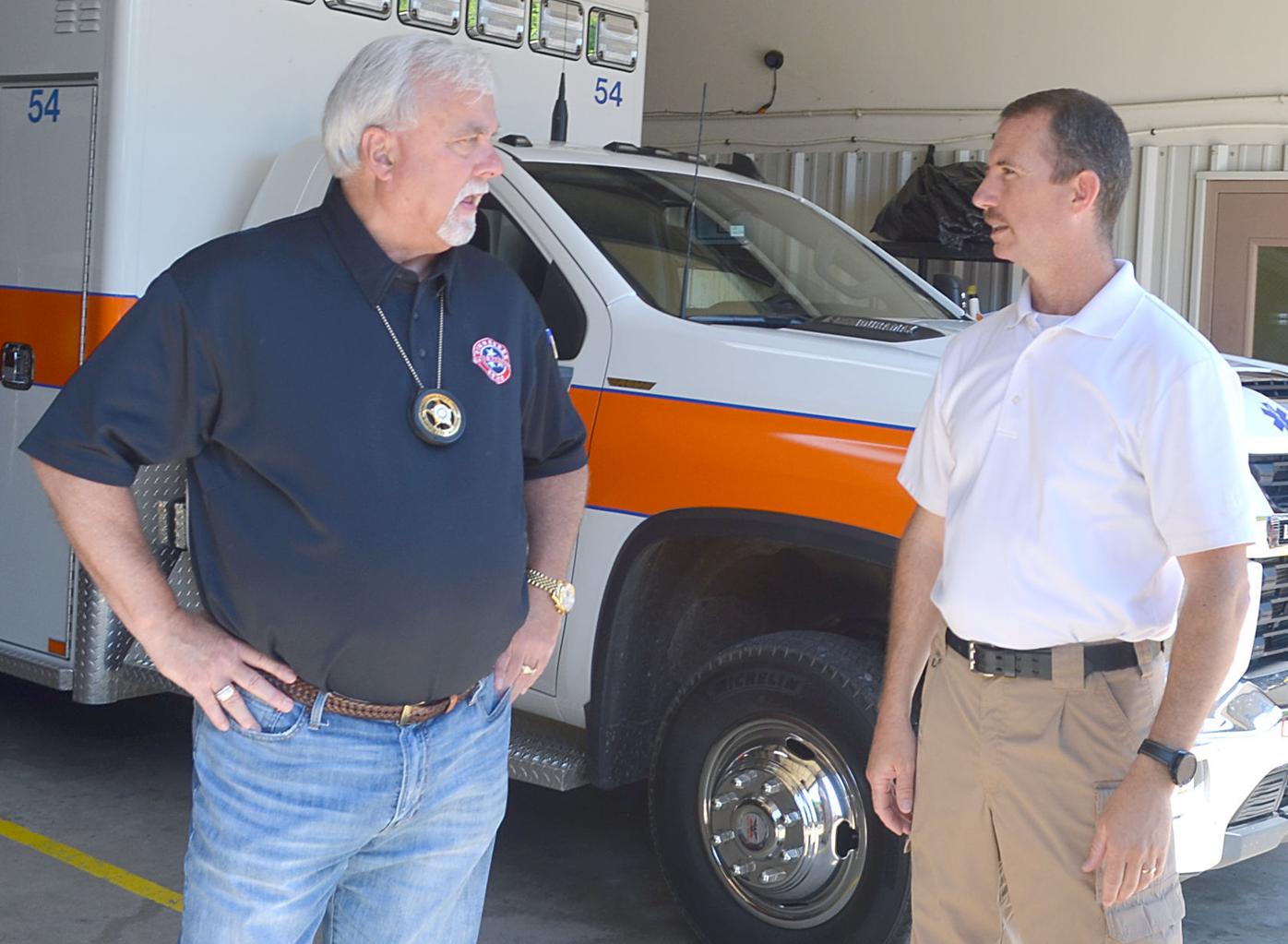 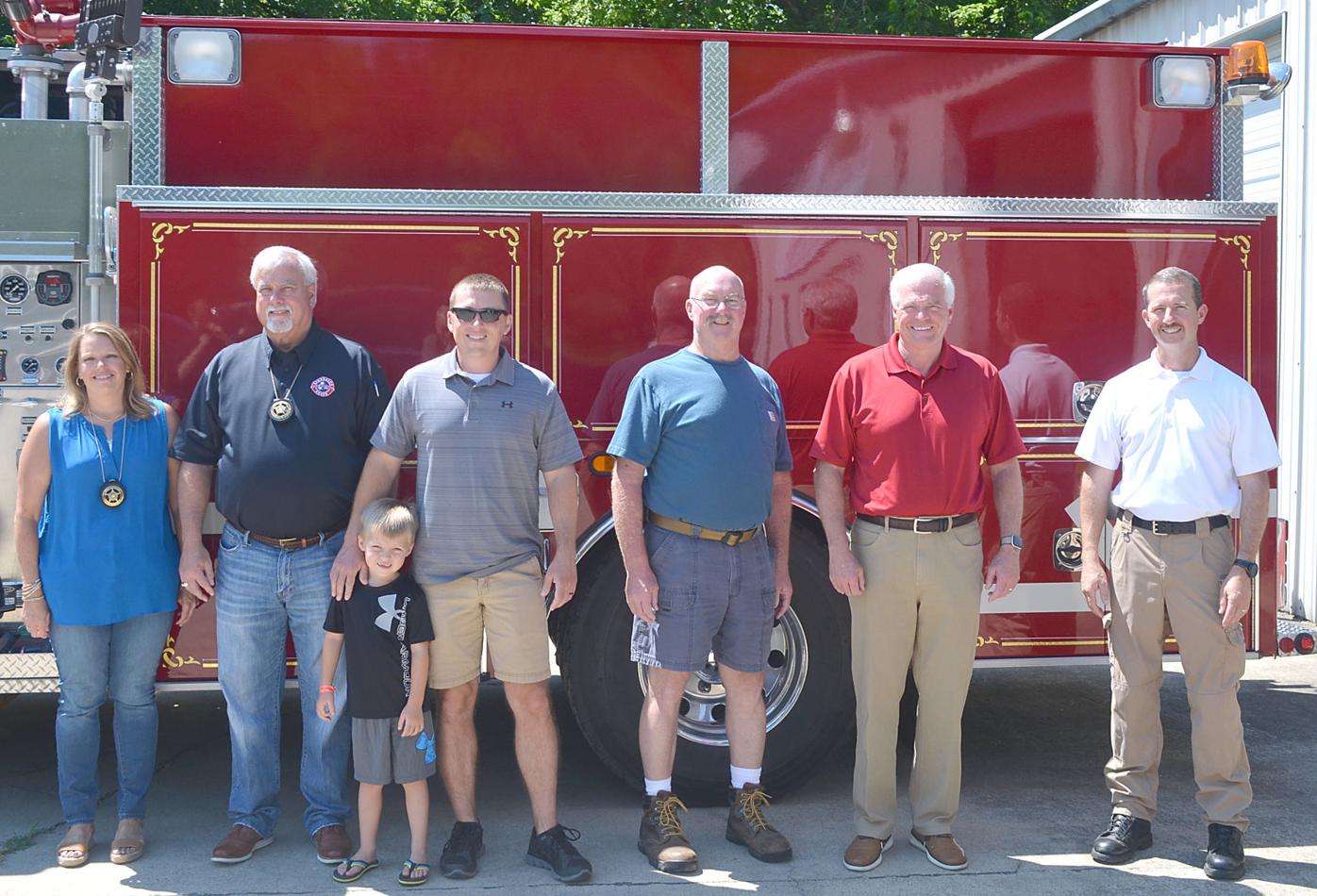 Snacks for firefighters were provided Friday by officials from Tennessee Department of Commerce and Insurance, who visited local fire departments, including the South Greene Volunteer Fire Department.

Snacks for firefighters were provided Friday by officials from Tennessee Department of Commerce and Insurance, who visited local fire departments, including the South Greene Volunteer Fire Department.

Representatives from the Tennessee Department of Commerce and Insurance paid a visit Friday to the South Greene Volunteer Fire Department.

They came bearing snacks and cleaning supplies, along with updates on proposed and recently enacted legislation to help recruit and retain firefighters, obtain equipment and provide compensation for time spent completing state-mandated training.

Gary Farley, assistant commissioner for fire prevention with the TDCI, which oversees the SFMO, was among state officials who visited South Greene and seven other Northeast Tennessee volunteer fire departments last week.

Farley, who has 39 years of firefighting experience, said it’s important to recognize the life-saving contributions made by volunteer firefighters.

“We really love doing it. You are our constituents,” he said. “Whatever you need or want, we’re here to help you.”

“It’s really an honor for them to be here. We appreciate their willingness to come here,” Weems said.

“We have had difficulty (with) recruitment and retention,” he said.

Volunteer Firefighters would be aided by several proposals under consideration in the General Assembly.

One bill would incentivize volunteer firefighter recruitment by establishing a retirement system called a Length of Service Award Program, or LOSAP. The legislation authorizes the state treasurer to inquire with local governments and the volunteer fire departments about establishing a LOSAP plan for volunteers providing firefighting and prevention services, emergency medical services, and ambulance services.

Another proposal signed into law by Gov. Bill Lee would provide an annual $600 payment to volunteer firefighters upon completion of at least 30 hours of training.

Also in discussion are ways to offer mandated training in more localized settings.

“They are working to make training more accessible to the volunteer fire departments across the state,” Weems said. “It’s a great step for recruitment and retention of volunteer firefighters.”

The cost of training or equipment is often at firefighters’ personal expense. The $4.92 million cost for the annual volunteer firefighter training payment is included in Lee’s 2021-22 budget.

“That’s pretty exciting,” Weems said. “We hope to get people in here and recruit them and they stay.”

Peck was also along for the trip.

“We’re actually going all over the state, one (trip) a month, she said. “We are visiting as many fire departments as we can.

“There’s no way we can thank you for all you do and for the sacrifices you make,” Peck told the South Greene firefighters. “We can be your voice back in Nashville. We want to hear from you and we want to help you.”

“That’s something we want to change,” Farley said.

Grants from the state in recent years have helped some volunteer fire departments obtain turnout gear and other needed equipment.

The Volunteer Firefighter Equipment and Training Grant Program was passed in 2019 by the state General Assembly. The program, co-sponsored by state Sen. Steve Southerland, R-Morristown, earmarked funds for the purchase of firefighting equipment by Tennessee’s volunteer fire departments, or to help volunteer departments meet local match requirements for federal grants for purchasing equipment. Farley assisted in creation of the legislation.

“What you do with the little you have is amazing,” Peck said.

Other training-related legislation is being discussed by state lawmakers, she and Farley said.

“This is the first step in trying to do more for you guys,” Peck said.

Farley told the South Greene firefighters to contact his office to let state officials know what they need.

“We’ve got to make it work for the volunteer firefighters. They fight the same fires whether you get paid or volunteer,” he said.