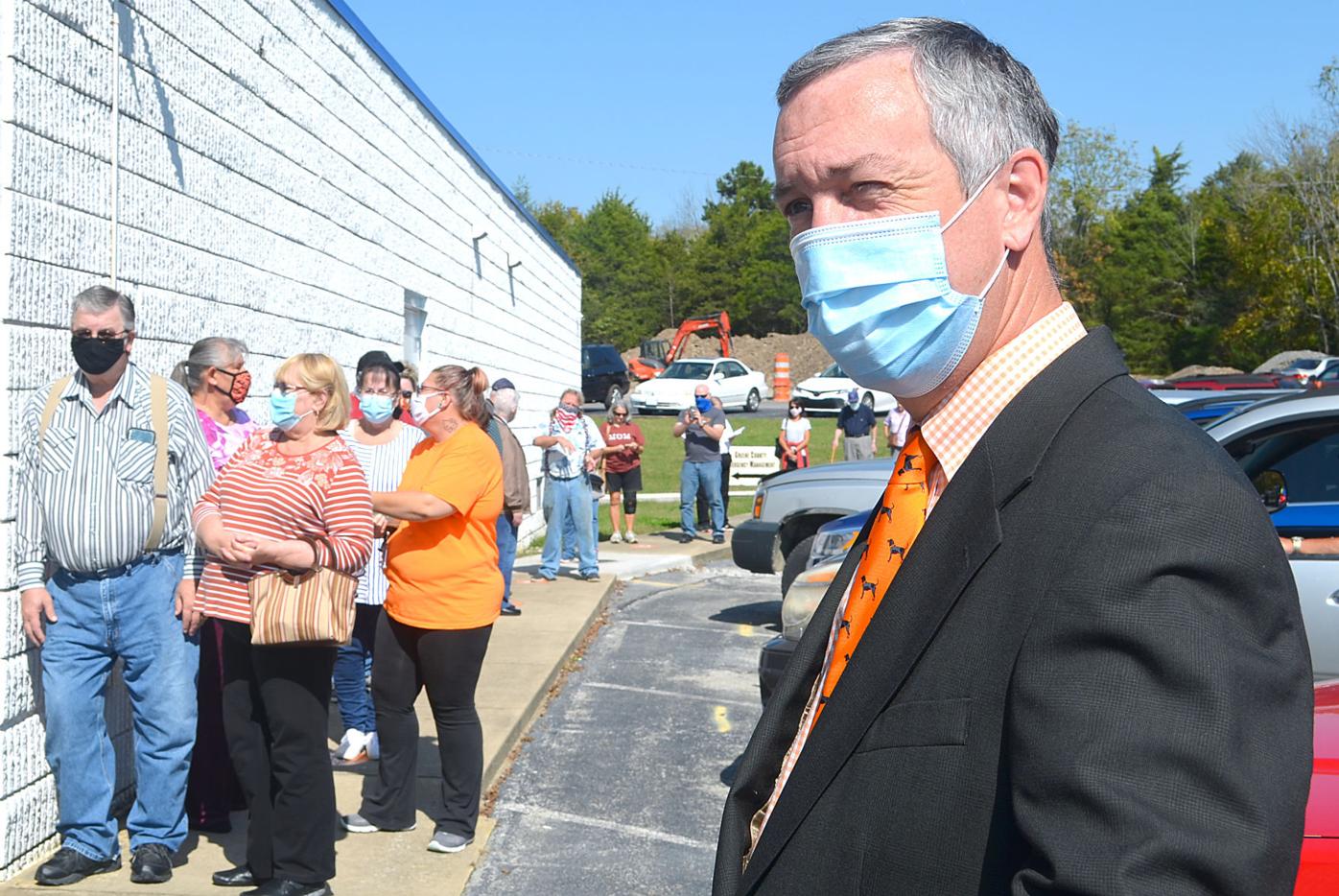 Tennessee Secretary of State Tre Hargett visited the Greene County Election Commission on Thursday and spoke with voters to see if they were satisfied with the early voting process. 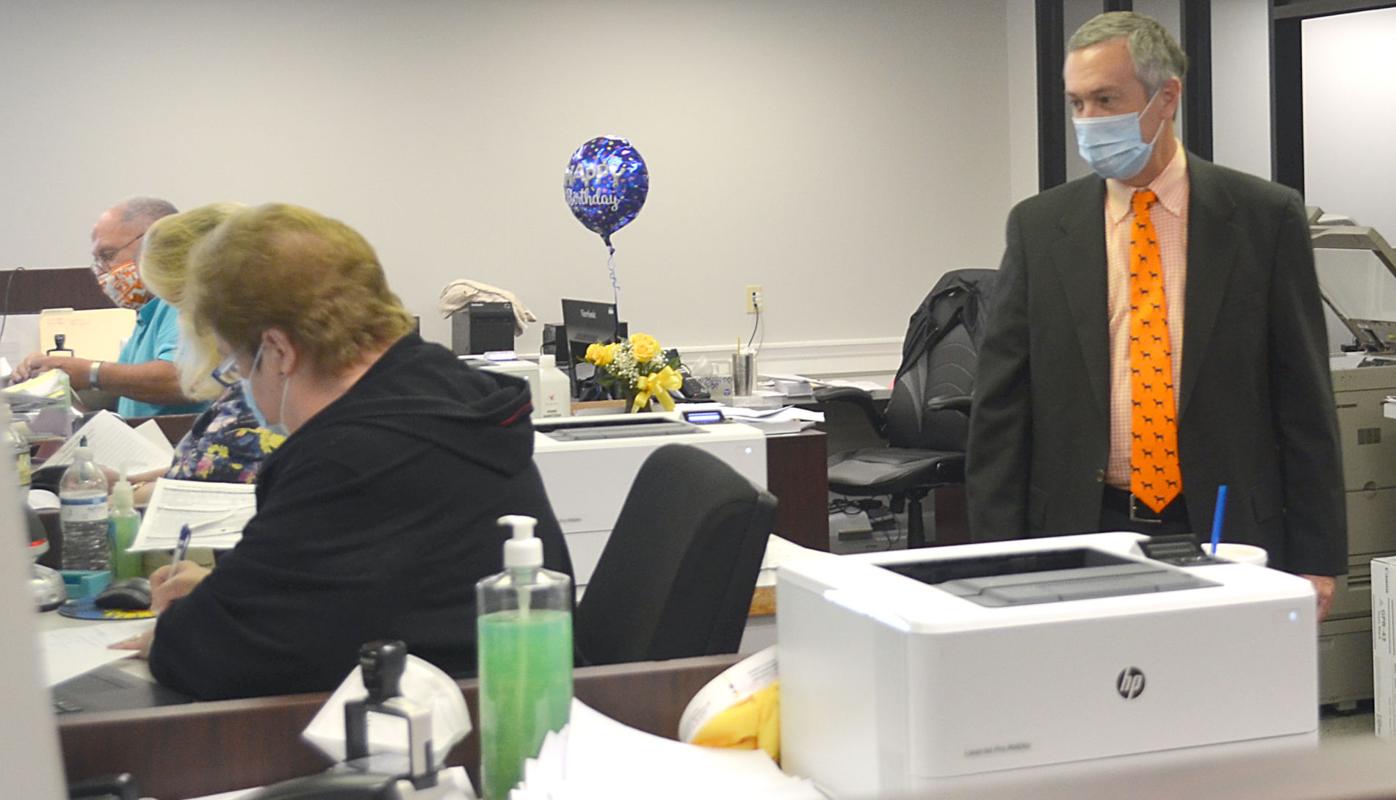 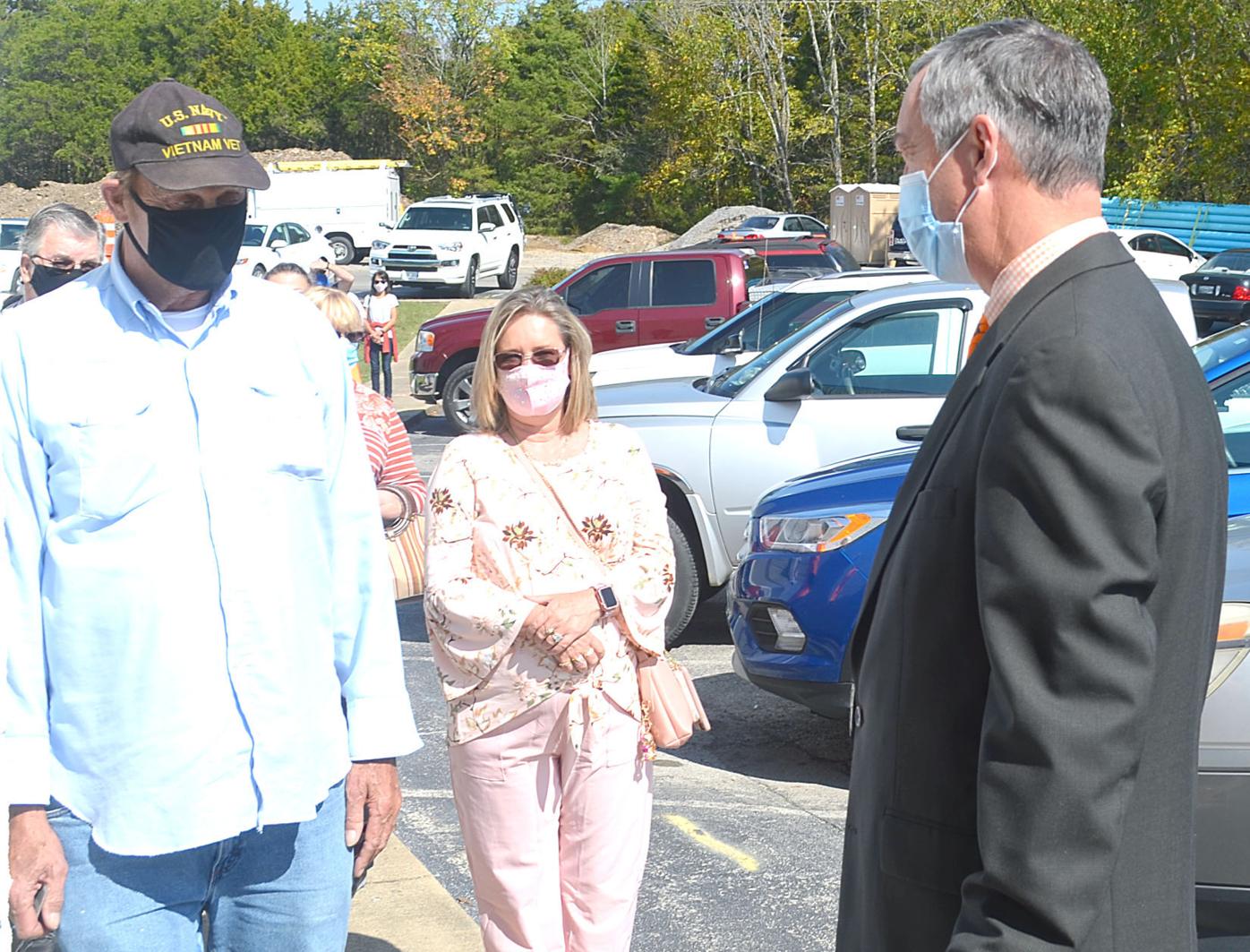 Tennessee Secretary of State Tre Hargett visited the Greene County Election Commission Thursday and spoke with residents who had just cast ballots in early voting to get feedback on their experience. 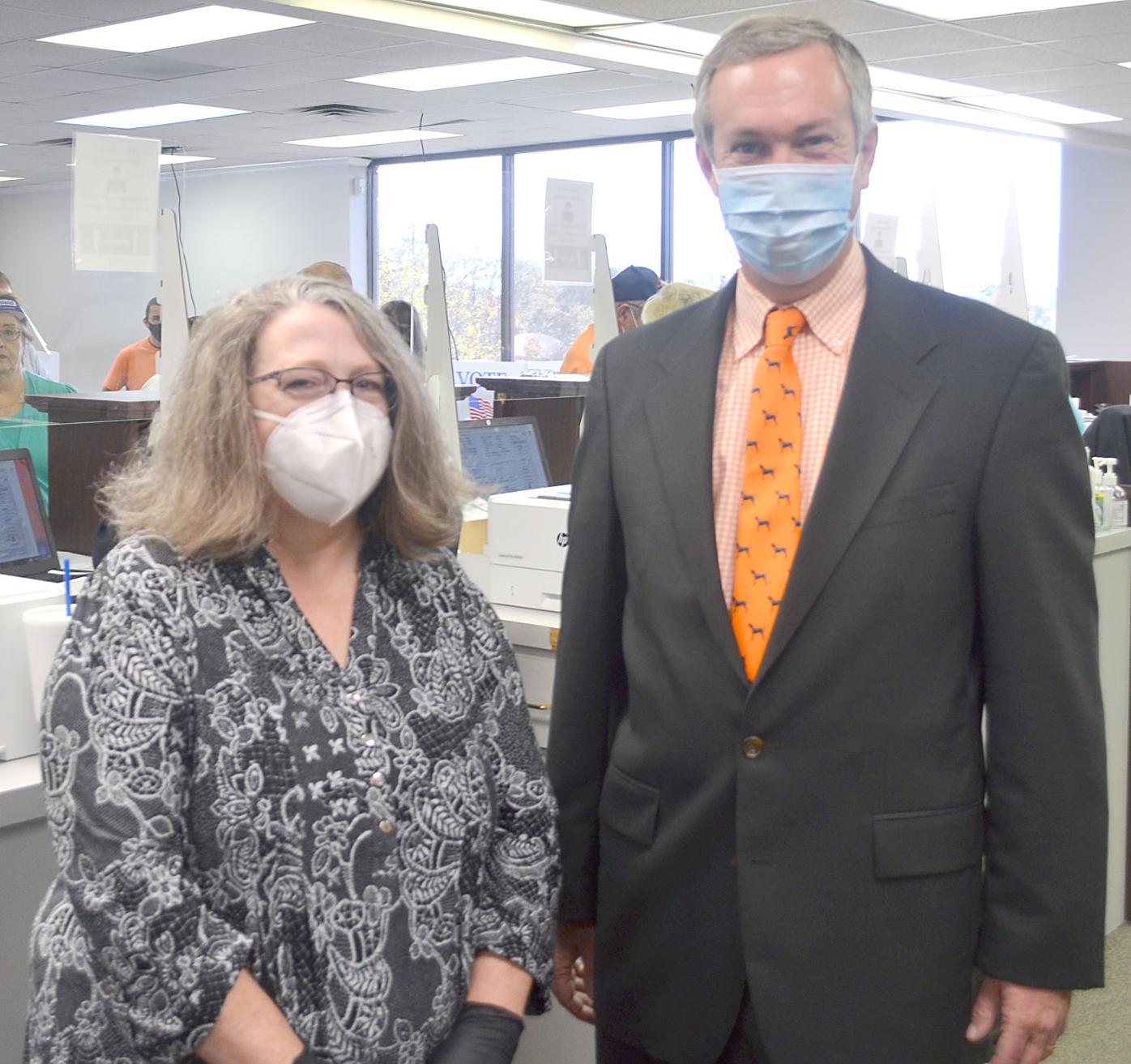 Tennessee Secretary of State Tre Hargett visited the Greene County Election Commission on Thursday and spoke with voters to see if they were satisfied with the early voting process.

Tennessee Secretary of State Tre Hargett visited the Greene County Election Commission Thursday and spoke with residents who had just cast ballots in early voting to get feedback on their experience.

Preliminary results are in, and early voting across Tennessee looks to be proceeding seamlessly.

Activity Thursday at the Greene County Election Commission received the endorsement of Tennessee Secretary of State Tre Hargett, who visited at the CCU Boulevard location as part of a tour of county election commissions across the state.

Hargett spoke with residents who had just voted and also conferred with county Administrator of Elections Donna Burgner.

As part of precautions taken to prevent the spread of COVID-19, a bag is given to each voter containing a pen and disposable latex glove that can be used during the voting process. Hand sanitizer is also be available in the lobby.

“I like your packets out here and the way everybody is wearing those gloves,” Hargett told Burgner. “I think the key is it looks like you’re following the plan.”

Burgner said 716 people cast their ballots Wednesday at the Greene County Election Commission on the first day of early voting, which continues through Oct. 29. The general election is Nov. 3.

Statewide through Wednesday, a record-breaking 273,325 people had cast their ballot by voting early or absentee by-mail.

During the noon hour Thursday, a line of about 30 people wound around the side of the Election Commission office that recently moved into part of the former Consumer Credit Union headquarters off the U.S. 11E Bypass. Early voters told Hargett they waited between 20 and 30 minutes and were satisfied with the process.

Hargett spent about an hour in Greene County before moving on to the next polling place in Unicoi County. Between early voting in August and by the conclusion of the early voting period that began on Wednesday, Hargett said he will have visited each county election commission in Tennessee.

“I’ve been impressed on many fronts. The local officials have done well in terms of implementing the plan,” he said. “I’m impressed with the recent turnout in the state.”

Residents are encouraged to wear a face covering and maintain a 6-foot distance from poll officials and other voters.

Signage was in place Thursday urging those steps. Most voters complied. Poll workers and election officials all wore personal protective equipment as they assisted voters.

During visits to nearly 50 counties throughout Tennessee to date during early voting, “I have not had a single voter say they didn’t feel safe,” Hargett said.

Voters across the state understand the unusual circumstances this year surrounding the election “and have been incredibly polite and enthusiastic,” Hargett said.

“It shows their confidence in local election officials and most importantly, their willingness to participate in the local election process,” he said. “I am pleased with what I saw here in Greene County.”

Hargett said that historically, the vast majority of residents have voted in person. The COVID-19 pandemic has altered that approach. Between 15 and 20 percent of voters will cast their ballots by voting absentee by-mail in 2020, he said.

“How we do absentee mail balloting is very different from universal balloting,” he said, in which ballots are mailed to all registered voters without needing to first request one.

In Tennessee, voters must request a ballot, which they fill out and sign. The signature is then checked against the one on voter rolls, just one of the safeguards in place in the state that also includes certification by both Democrats and Republicans, Hargett said.

“In Tennessee, in my opinion, we have better balloting (than other states),” Hargett said. “It’s a team effort.”

Tennessee voters can find early voting and Election Day hours, polling locations and other information with the GoVoteTN app or online at GoVoteTN.com.

To vote absentee in Tennessee, an individual has to be be in one of an eligible group that includes people 60 years of age or older, individuals who will be outside the county during the early voting period or on the election day, those in active military service or attending college outside the county where registered, truck drivers working outside the state or county during early voting and election day or residents of nursing homes and assisted living facilities.

Persons who are hospitalized, ill or physically disabled who are unable to appear at the polling place and their caretakers are also able to vote absentee. These two categories also include persons who have underlying medical or health conditions, which in their determination render them more susceptible to contracting COVID-19 or at greater risk should they contract it.

A September court ruling allows first-time, mail-registered voters to use an absentee ballot. The legal action challenged a requirement by the state that people who registered by mail had to vote in person the first time they voted.

For more information about early voting in Tennessee, go to GoVoteTN.com or call the state Division of Elections toll-free at 1-877-850-4959.