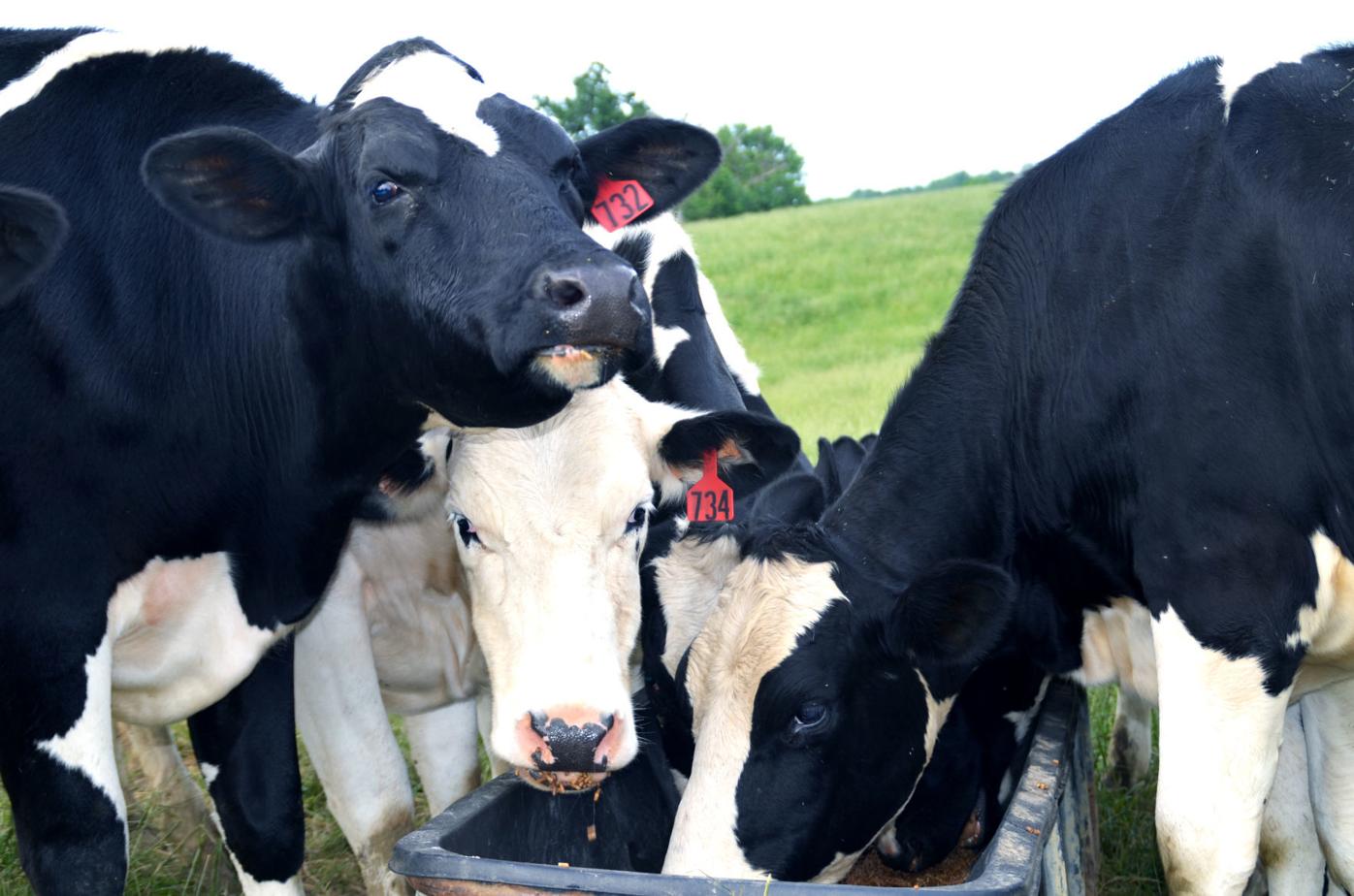 Dairy farmers in East Tennessee, including some in Greene County, are facing a dilemma after Dean Foods announced it would cancel contracts with many of its milk producers. 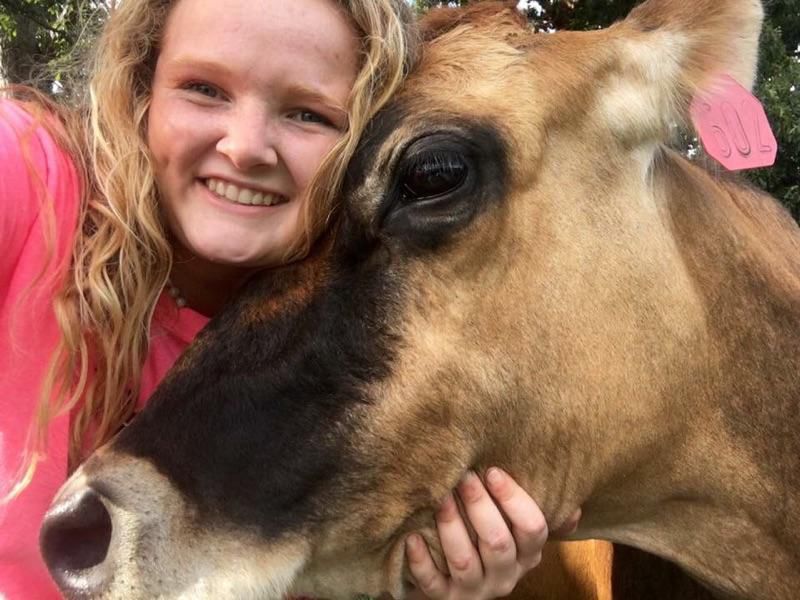 Ashlan Holland is pictured here with one of her cows. Holland’s family farm, Holly Knolls, could be at risk after Dean Foods canceled milk contracts recently. 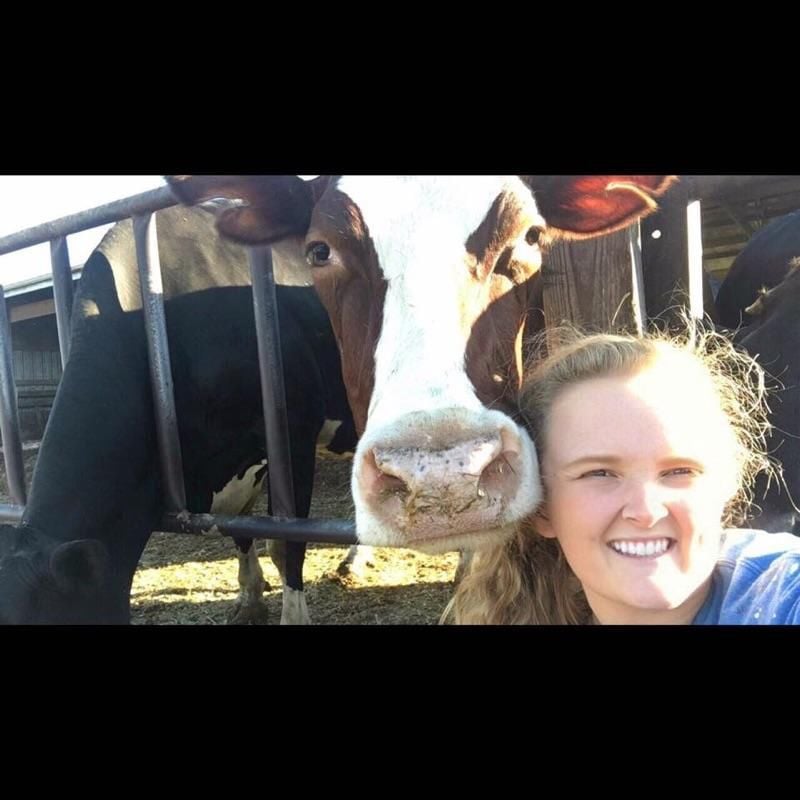 Ashlan Holland is pictured here with one of her cows. Holland’s family farm, Holly Knoll farms, could be at risk after Dean Foods canceled milk contracts recently. 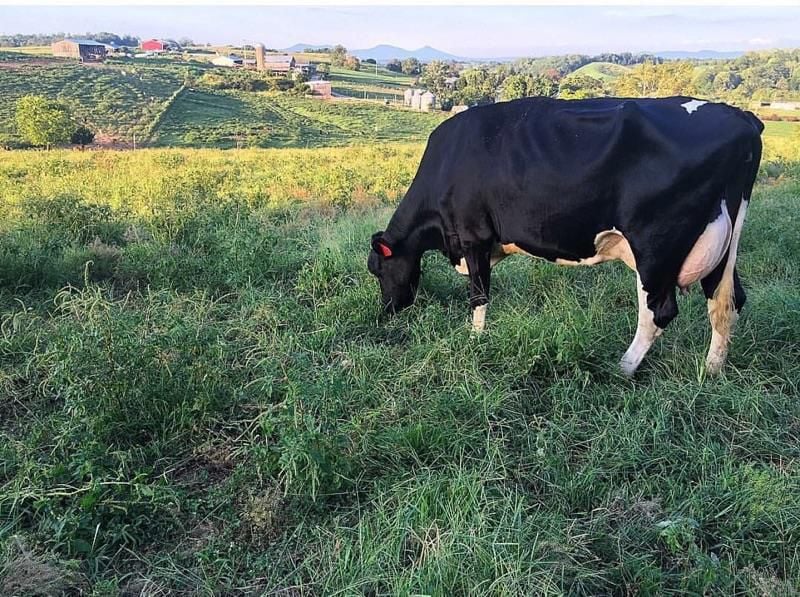 A cow grazes at Holly Knoll farms, which could be at risk after Dean Foods canceled milk contracts recently. 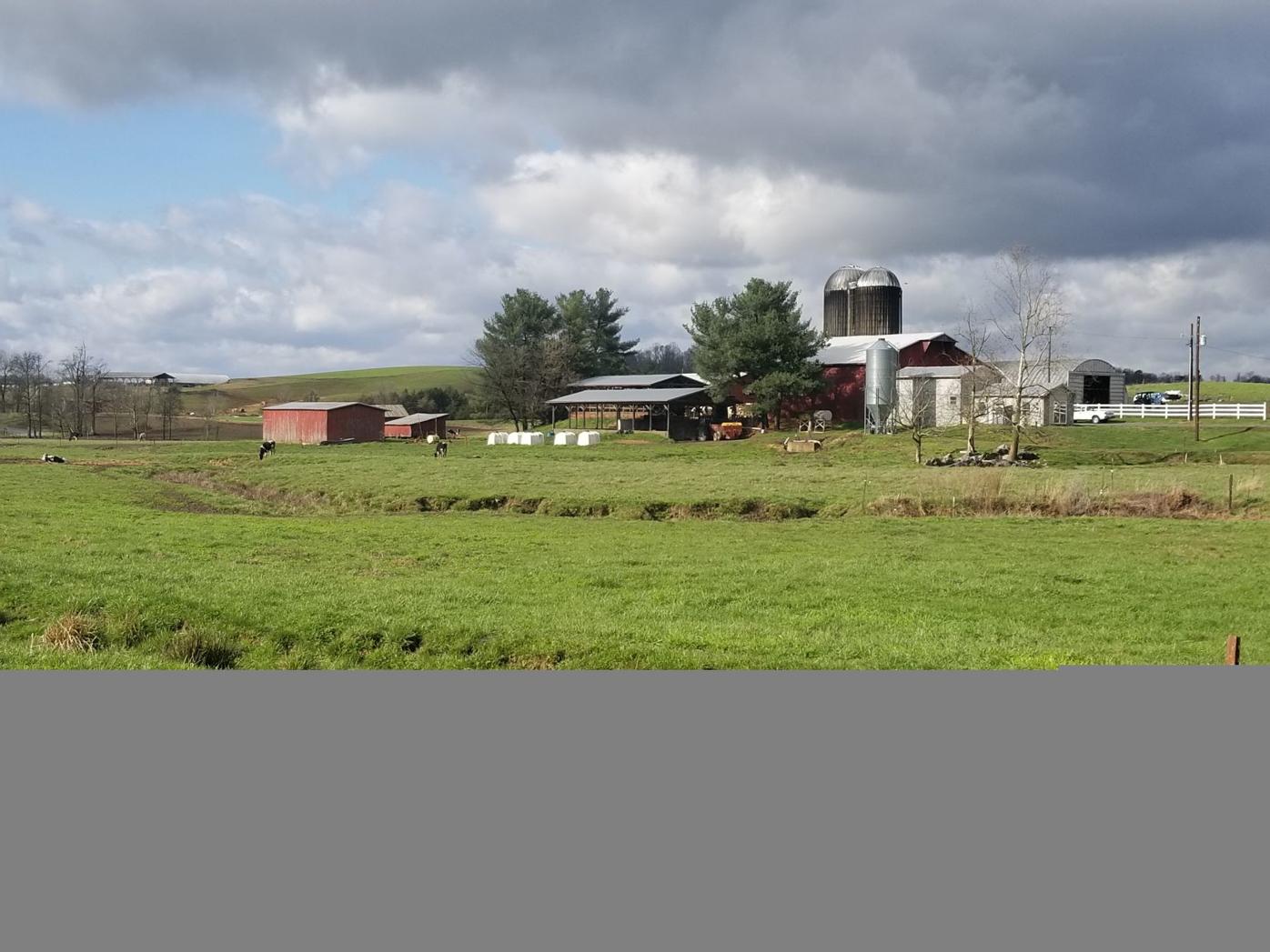 Sammy Southerland’s farm in Chuckey. Southerland had his contract with Dean Foods terminated.

Dairy farmers in East Tennessee, including some in Greene County, are facing a dilemma after Dean Foods announced it would cancel contracts with many of its milk producers.

Ashlan Holland is pictured here with one of her cows. Holland’s family farm, Holly Knolls, could be at risk after Dean Foods canceled milk contracts recently.

Ashlan Holland is pictured here with one of her cows. Holland’s family farm, Holly Knoll farms, could be at risk after Dean Foods canceled milk contracts recently.

A cow grazes at Holly Knoll farms, which could be at risk after Dean Foods canceled milk contracts recently.

Sammy Southerland’s farm in Chuckey. Southerland had his contract with Dean Foods terminated.

Milk companies are terminating contracts with farmers across the state due to market saturation, and those cuts apply to some dairy farmers in Greene County.

Dean Foods announced in March it will no longer purchase milk from approximately 100 famers nationwide effective May 31. According to The Daily Post-Athenian, approximately 10 farmers in East Tennessee will be affected, with between four to six inside Greene county.

“Unfortunately, Dean Foods has made the difficult decision to end milk procurement contracts with a number of farmers in about 90 days,” Dean Foods Director of Corporate Communications Reace Smith told the Athens, Tennessee, newspaper. “We regret this decision had to be made. Our decision was an incredibly difficult one and a step that we worked very hard to avoid.”

Too much milk being produced is one of the main factors contributing to the decision. Farms in Tennessee, Indiana, Ohio, New York, North Carolina, South Carolina, Kentucky and Ohio have been notified of the cancellations. Dean will continue to purchase milk from 12,000 producers across the country, including some in the state.

Greene County University of Tennessee Extension Director Milton Orr said farmers affected in the county were informed about the decision.

“Some of our farmers got letters as much as 10 days to two weeks ago as far as the intent of the matter goes,” he said. “It’s something that’s been brewing for a little while. The company’s actually not letting a lot of information out about it other than just contacting the farmers.”

Orr said it was a business decision but did not come at a good time for producers. Milk is currently selling at $2.33 a pound.

Sammy Southerland was one of those producers who lost his contract. His family has been milking since the early 1960s on their farm in Chuckey. The letter he received came out of the blue.

“I’m just kindly at awe about this,” he said. “I don’t know what to do. I’ve never been in this position in this agriculture field in my life. This kindly blows our mind.”

Southerland said he does not have another contract for his milk. He’s hopeful he find a company to buy his milk, but there is a high level of uncertainty about his future.

Dean is not the only company terminating contracts with dairy farmers. Piedmont Milk Sales in Blountville is also cutting back on contracts, but the company is looking into forming a co-op with dairy farmers. Orr said it basically means Piedmont is moving out of the transportation business.

A number of different things will happen with area farmers whose contracts were terminated. The first route any farmer would take would be to find someone who will pick up their current contracts, Orr said.

A few producers may have the opportunity to market some cows. Orr said one or two Greene County producers were looking at the possibility of going to less strenuous production due to age or health problems. He said cancelation of contracts was the final decision-maker for them.

“That would be the least invasive and cause the least amount of change,” he said. “I think most all of them, it is so new to them they can’t tell you exactly what is set in concrete right now.”

Holly Knoll farms in Mosheim was one of 10 farms across Tennessee which found out a couple of weeks ago their contracts would be canceled on May 31. Ashlan Holland has lived on the farm with her parents for her entire life. She said this decision could spell the end for them.

“It’s sad to see what you and your family love get taken away,” she said. “We’ve been in the dairy business for 80 years. I’ve got cows that got names. Some of them eat Oreos and everything else. They’re all my pets and we just don’t want to see that taken away from us.”

There are approximately 480 head of cattle on Holly Knolls farm, and almost all of them are dairy cows. There are around 10 to 20 beef cattle on the farm and sometimes the family plants soy beans. But their main focus has been dairy.

And so far, the farm has been unsuccessful in trying to find another vendor to take their milk. Holland said she has called places around the country and nobody is accepting new milk because of over saturation in the market.

Holland wants to work on her family’s farm after completing her degree. She is currently enrolled in Walters State Community College studying agribusiness. But the way the industry has been going and the recent news from Dean may force her to change her plans.

“It’s not been good for the last four years,” she said. “I really and truly don’t think there’s going to be dairy farms left around here. It’s coming to where they want big factory farms.”

She said the move toward factory farms, while possibly more convenient for milk distributors, could lead to bigger issues. Having smaller farms around could help secure the milk and dairy products better than a large farm.

Dairy farmers are struggling, and this announcement is just adding to the struggle, she said.

“This is a depressing industry to be in,” she said. “Like last month, processors were making $50 to $52 per hundred pound while we’re getting paid $16 per hundred pound and then they take 10 cents out on top of that ... and then we have to pay for them to even come and pick the milk up and take it to the plant.”

One solution Holland put forward was for people to purchase local milk. She called on grocery stores in the region to go back to purchasing milk from local dairy farms and have it processed and bottled at a Mayfield plant. She said people need to call different grocers around the region and demand they carry local milk.

If the family is unable to sell their milk, they may have to do the unthinkable.

“The only option we have got ... is to quit, to sell out,” she said. “I don’t want to see that happen. I really don’t and my family doesn’t either.”