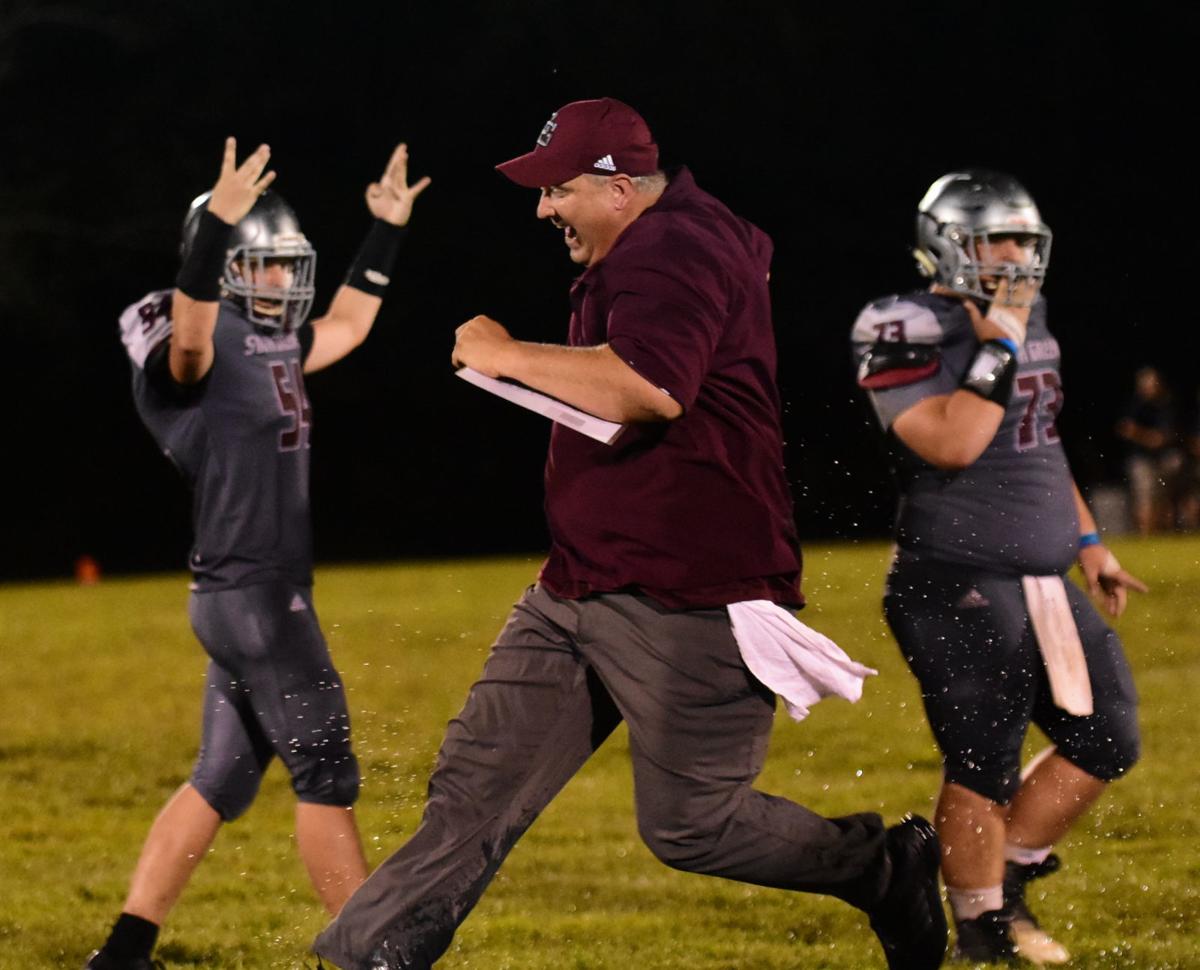 South Greene football coach Scotty Verran celebrates a win over Sullivan North in 2018. On Thursday, it was announced Verran will be the new football coach at West Greene. 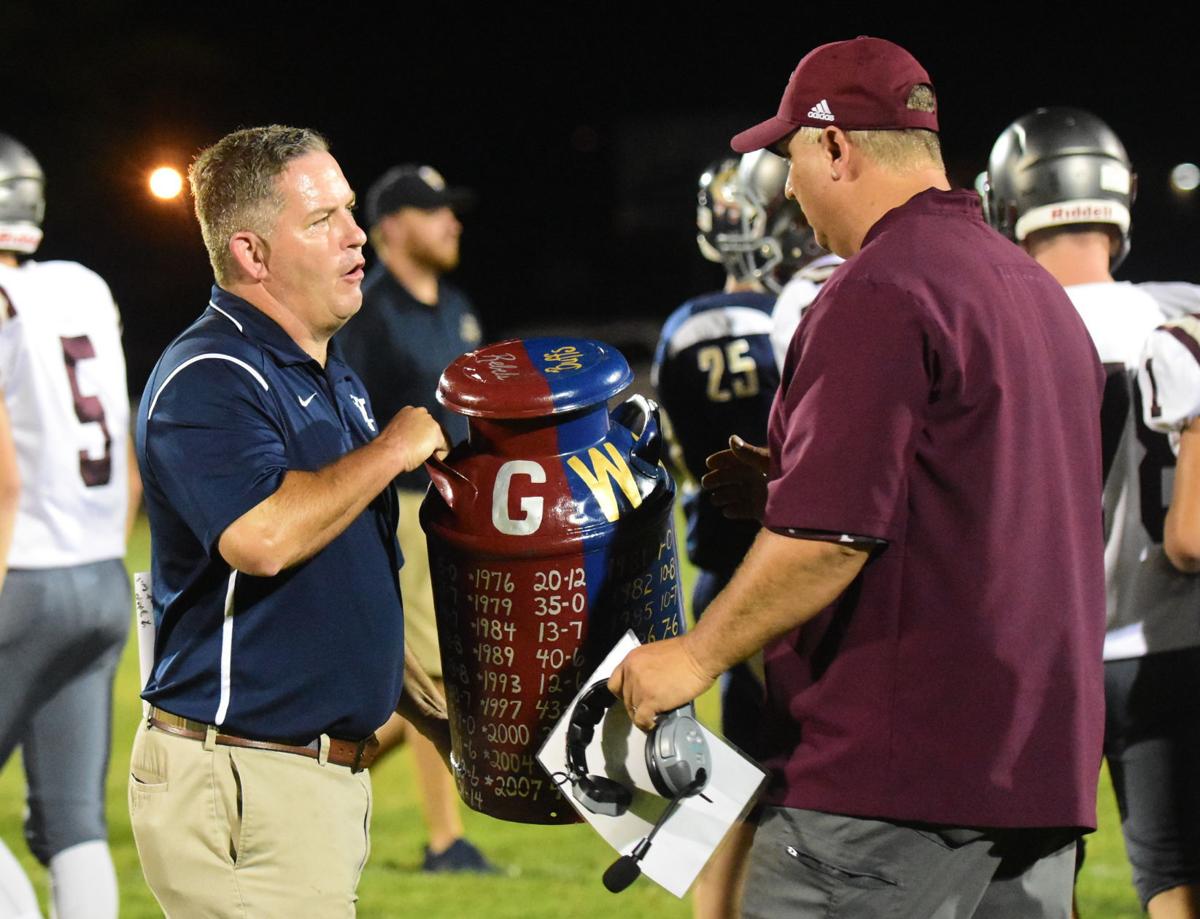 South Greene football coach Scotty Verran celebrates a win over Sullivan North in 2018. On Thursday, it was announced Verran will be the new football coach at West Greene.

Earlier this year, Scotty Verran thought his coaching days were over when he resigned from South Greene, but his health began to improve and he never lost that itch to coach.

So when the coaching job at West Greene opened, the veteran jumped at the chance to get back in the game.

On Thursday, West Greene announced Verran will take the helm of its football program, replacing Joe Case who announced he was stepping down in April.

“I took some time off and was basically retired. I wasn’t going to coach at all,” Verran said. “Then after coach Case left West Greene, (athletic director) Tracy Beets and (principal) Tim Shelton called me. I started thinking about it. I talked to the assistant coaches, and I was feeling better health wise.

“Once you get coaching in your blood it stays there, so I decided to throw my name in the hat for the job.”

Verran resigned as South Greene’s football coach in the spring because he was struggling with blood pressure issues and wanted to relieve some stress from his life.

To complete the county coaching carousel Verran, a few pounds slimmer and feeling much better, has now moved to the west side.

“I’ve known Scotty for many years and have watched him coach from across the field,” West Greene athletic director Tracy Beets said. “He does a great job, his kids play hard and I think the results speak for themselves. I think Scotty runs a good system that adapts to his talent. I think he fits what we have here, and that he has a lot to build on.”

Verran has been able to meet with his coaching staff at West Greene, but will not be able to meet his players until June 1, assuming the Greene County School Board approves the school system’s plan to resume athletic activities.

Even when Verran does get to meet his new team, it will still be under unprecedented circumstances. When the Buffaloes’ summer activities do start they will be forced to work in groups of 10 people, per CDC and state recommendations, which will mean Verran will have to get to know his players nine at time.

“I’ve not even had a chance to meet the kids yet,” Verran said. “We have talked with coaches about how we are going to bring them in. I’ll probably meet them nine or 10 at a time once we get going in June. As far as getting to know the kids, I think small groups will have its advantages, but it will be very hard to put a scheme together.”

Because of the of the health and safety limitations that West Greene will start the summer with, it will be more difficult to install Verran’s system than it would be in a typical offseason.

Starting out the Buffaloes can’t even pass a football because athletes can not share equipment without it being sanitized between uses, and Verran has not yet figured out how to clean a football mid air.

The hope is that by July the practice and workout regimens will be closer to normal, but that will also mean that things like 7-on-7 and preseason scrimmages will be even more valuable as the Buffaloes try to cram a lot of new information in during a short period of time.

“We won’t be able to put everything in right away. It will take baby steps,” Verran said. “There will be changes to terminology and the first thing we have to do is get everybody on the same page, so by the time we can practice we can hit the ground running.

“There will be a huge emphasis on 7-on-7 and scrimmages because that is where we will be doing our learning. Those things will be so important this year. We won’t be able to open the whole playbook up right away, and it may be that we add things throughout the year.”